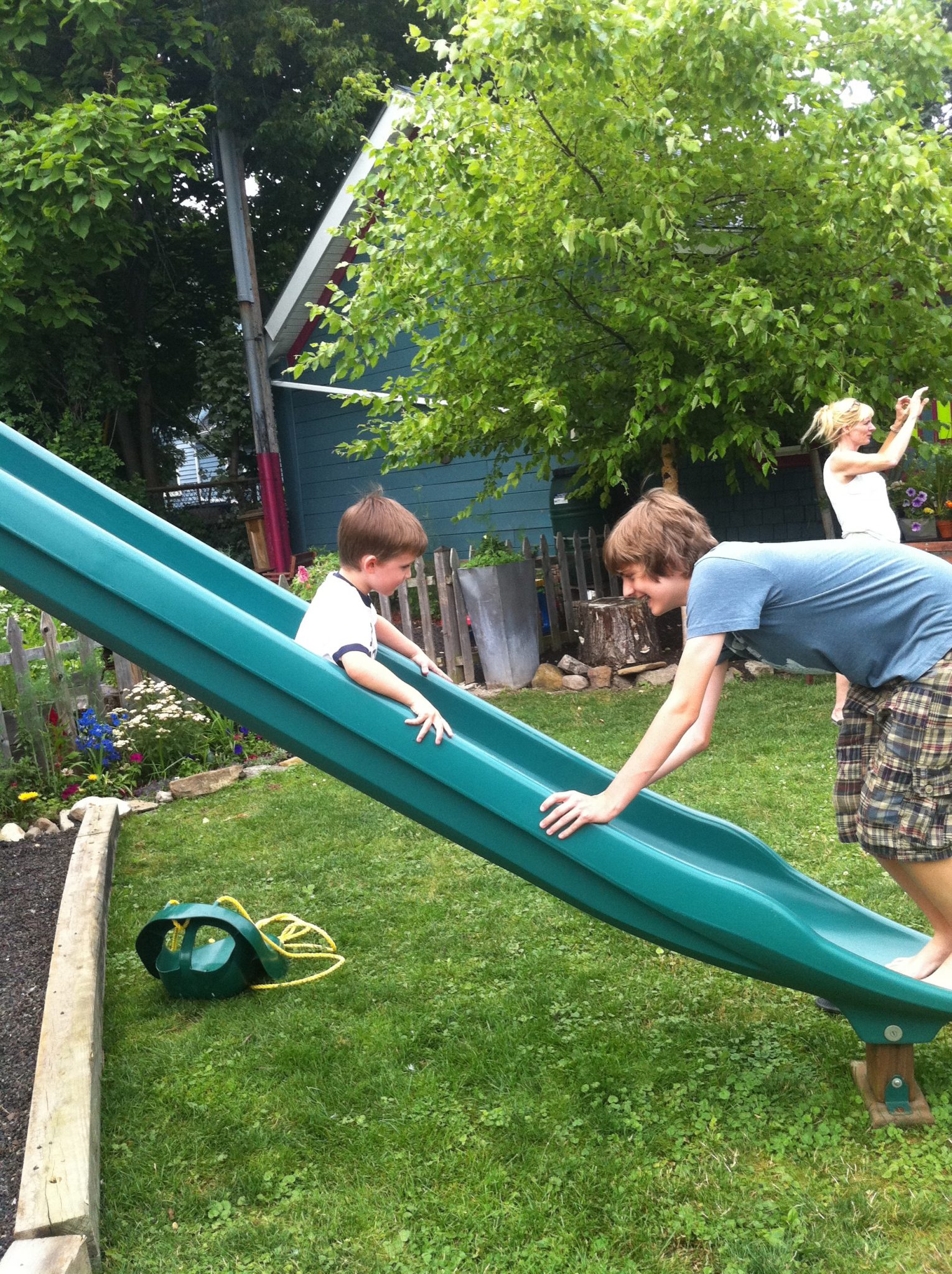 we put derek on a plane back to winston-salem today. well, greensboro. by way of washington, dc. which is where he is right now, because his flight keeps getting delayed. poor fellow.

we had a pretty low key morning, while derek spent his last hours with the lid kids before his departure. we began by partaking in a brunchtime meal at the good old pokadot. after much deliberation, we decided on eating lunch instead of breakfast, which of course meant beef on wicks, fries and gravy and root beers. isaac and jake had breakfast. anna had a buffet of all of the above.

beef on wick, fries with gravy:

we drove around batavia a bit. jake got a haircut. derek and kids bought some toys. we showered (you always shower AFTER the pokadot trip, to wash off the grease). and we loaded up derek and dropped him off at the airport. then, we headed over to lesolies, to hang with her, eric, eliot and their multitude of canines and chickens.

leslie’s yard is a wonderland of adventure. she’s got a giant play structure, pool, chickens, wagons, balls, play houses and lots of toys. isaac and anna frollicked about all evening, before we headed home, scrubbed off the dirt and called it a night.

anna at the pool:

ike and jake on the slide:

anna and the chickens (they would steal her banana about 8 seconds after this picture was taken):

eliot, the rightful owner of the backyard wonderland:

now, after some late night firecracking and shenanigans, the lid kids are in bed (isaac with grampa terry watching AFV and anna fast asleep in the pack-n-play). and i’m blogging. and getting feasted upon by some tenacious mosquitos. so, i guess i should call it a night…

tomorrow, we are meeting up with old friends who are coincidentally back in town, and some other old friends with whom we always meet up with. at the park. the spray park. stay tuned…