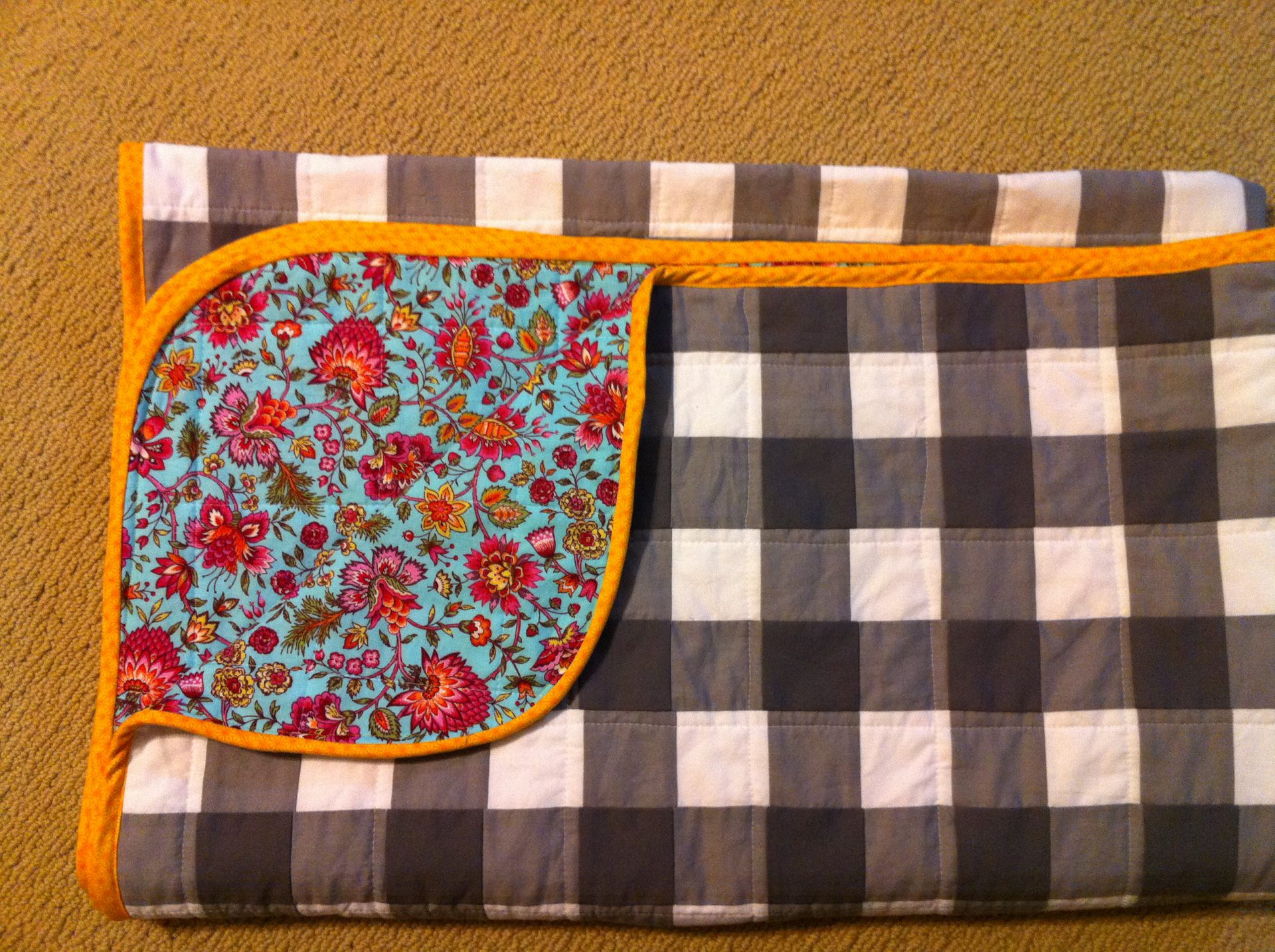 got the bright idea from crazy mom quilts blog to make a gingham quilt. i had it done from start to finish in like 12 days. and that includes some down time when i moved my craft room from a cramps corner of the bedroom to the basement (dungeon). and some down time while i waffled about the backing fabric i had chosen.

first, i sewed strips of white and light gray together. and strips of light and dark gray…

then, i sliced them up and alternated them to create the look of gingham.

i tried a few new things with this quilt. once i finished the top and it didn’t come out as neatly as i had hoped, i decided to take some risks.

i wanted a bold backing fabric, but after wandering the aisles of joann’s for hours, i finally settled, and i mean settled, on the flowery pattern you see. i didn’t want to spend a bunch of money, since i wasn’t in love with the top anymore.

i found the binding (and i really like it) at hancocks. i decided to try to actually cut my binding on the bias (diagonally) of the fabric, by using a method i had read about. it was a little frustrating and despite my background in math, i came up about 4 inches shy of the amount i needed.

since i cut the binding fabric on the bias, which makes it more flexible and stretchy, i decided to curve the edges of my quilt.

and lastly, since i didn’t want to spend an excessive amount of time finishing it, i machine stitched the binding on.

so, all in all, it was a great quilt to make, since i learned a lot of new things. but, i am still not super crazy about it. originally, i was making it for myself, but i have changed plans and i’ll be designating it our park/picnic/car quilt. and i’ll make a new one for me.