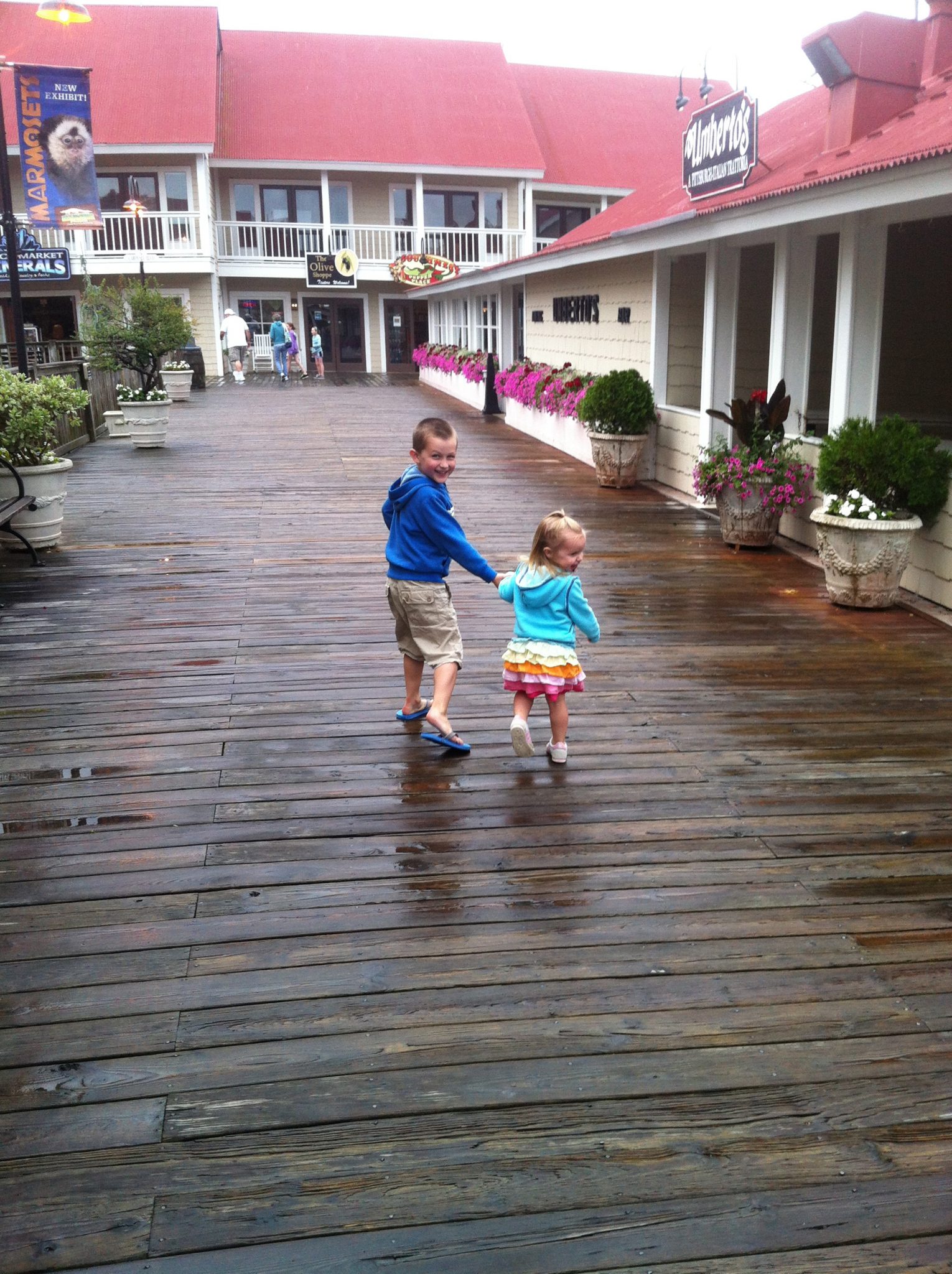 on one of the rainy days, we drove to myrtle beach (we were technically in north myrtle), and tried to go to a children’s museum, since we have the reciprocal (free) membership. apparently a lot of other folks had this idea too and there was a 30 minute wait because they were at capacity. and the museum did not seem very awesome. so we ate our packed lunch in the car and headed to the outlets. i don’t have any pics of this excursion, but we scored some backup swim suits for the kids along with a few toys in case the rain never let up.

the next rainy-ish day, we headed off to alligator adventure. it went better than i expected…

ducks, geese and other fowl.

an overpopulated pool of baby (tiny) crocs or gators.

we got there just in time for the tiger feeding. this handler was blowing his breath on them, so they would know it was him. i looked like they were giving him kisses. so sweet. except that they probably wanted to eat his head.

he shoved a turkey legs through the fence hole and the tiger just snapped it into bitty pieces.

the kids thought it was cool. or at least they watched and didn’t whine that they wanted to leave.

we found respite from the rain in the dark snake room.

there were little pavilions stationed about, so we hit those up when the rain picked up.

we were going to go the gift shop and then head back out to see the alligator feeding, but there were busloads of field trips coming in, so we opted to hit the road.

we headed over to barefoot landing, for a delicious lunch at the flying fisherman. we were the first customers of the day and scored a sweet table overlooking the water.

after lunch, we walked around a bit. and of course, we had to ride the merry-go-round…

the kids ran around like crazy people and had a grand old time.

i think this picture was from a different stop at barefoot landing, but i can’t possibly be expected to remember all of the dates and times of our many adventures…

we finally headed back to the condo, so anna could nap. and ike and i could paint, since it was still raining. 🙂

after the nap… the sun came out!!!

One Reply to “alligator mania. and other rainy day activities.”