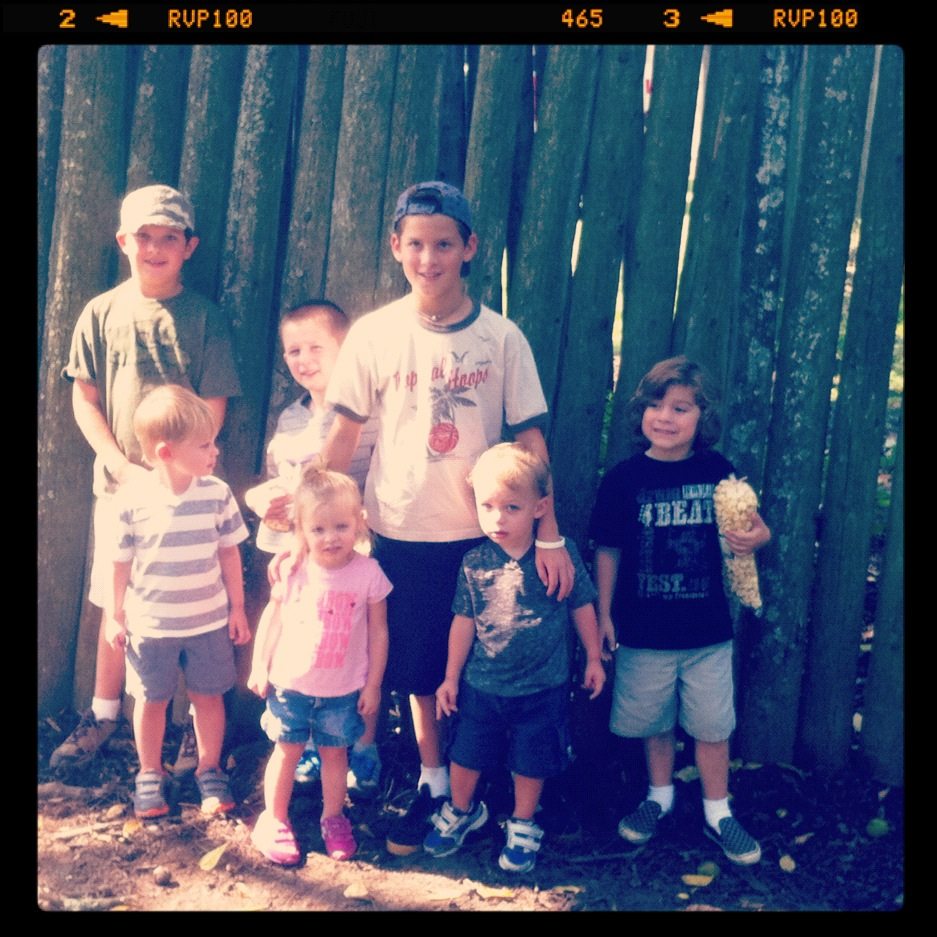 on saturday, i dragged the kids to an apple fest in bethabara (a historic-ish place in winston-salem). i had a few other mom friends, who were without husbands for the weekend, so we met up to celebrate apples together.

lincoln was a super wagon puller. 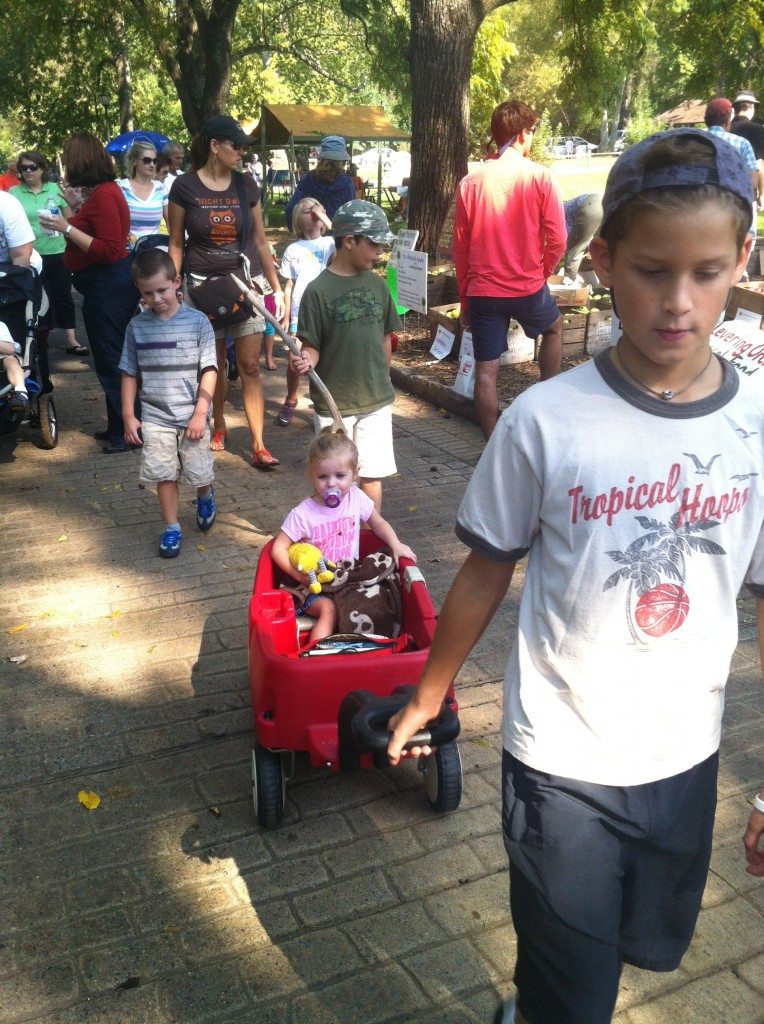 we found the beekeeper exhibit, first thing. love watching bees from the other side of a sealed off glass box. 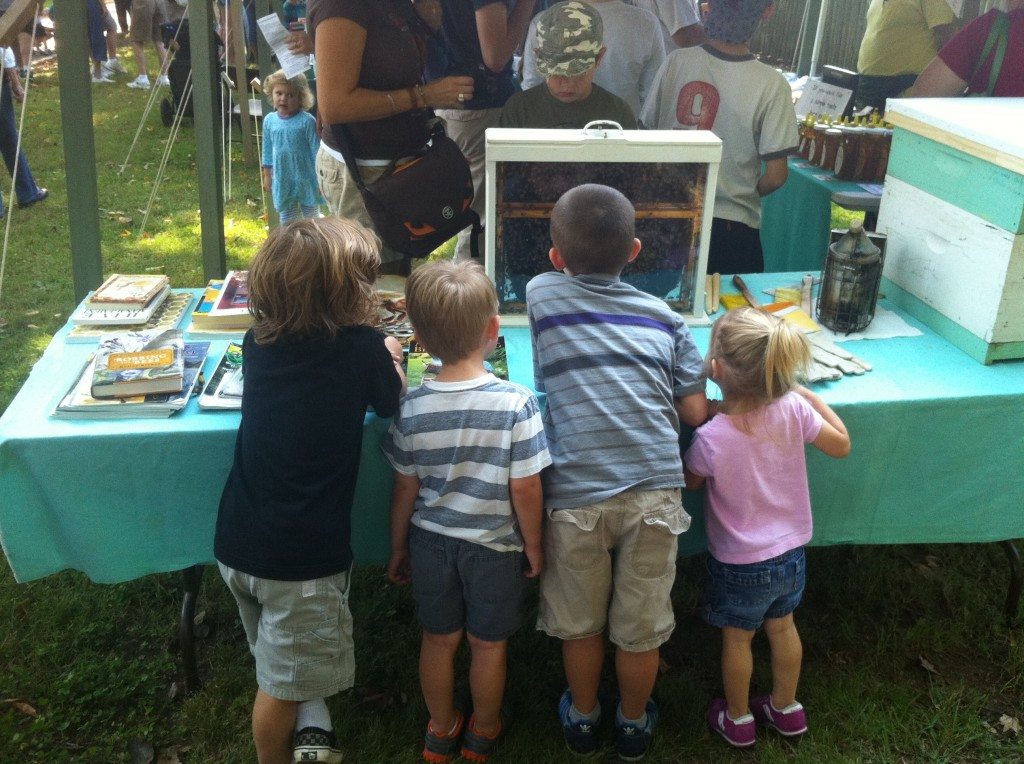 naturally, we sprung for the $2 apple sipper. 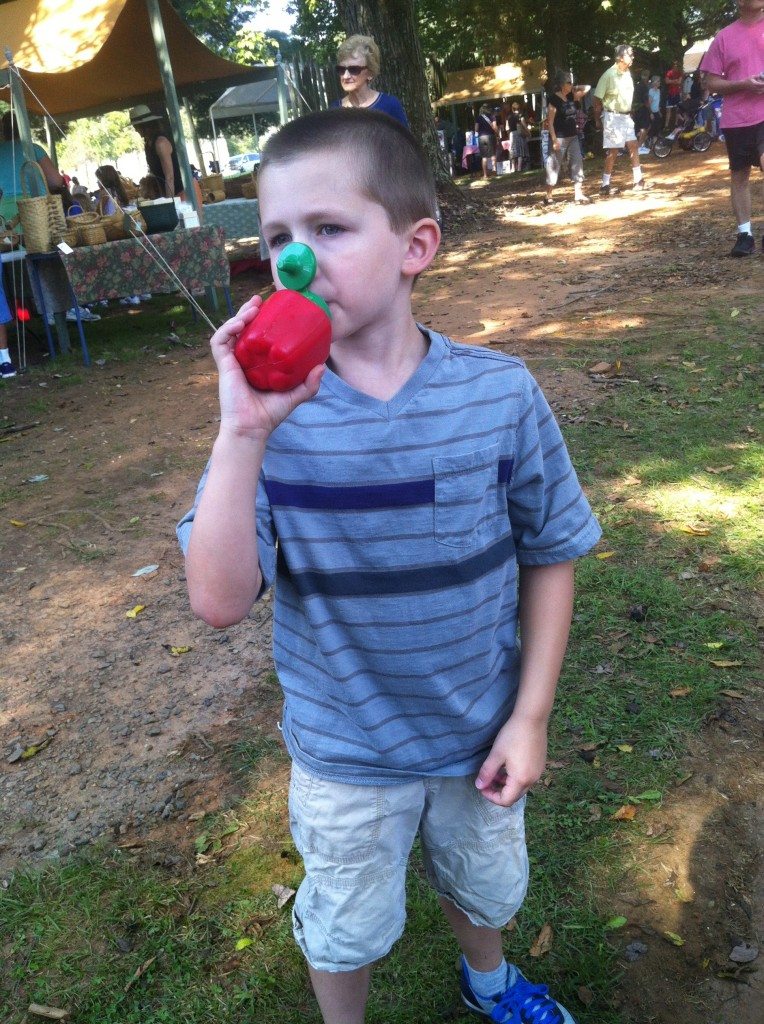 and jude sprung for a fried apple pie. 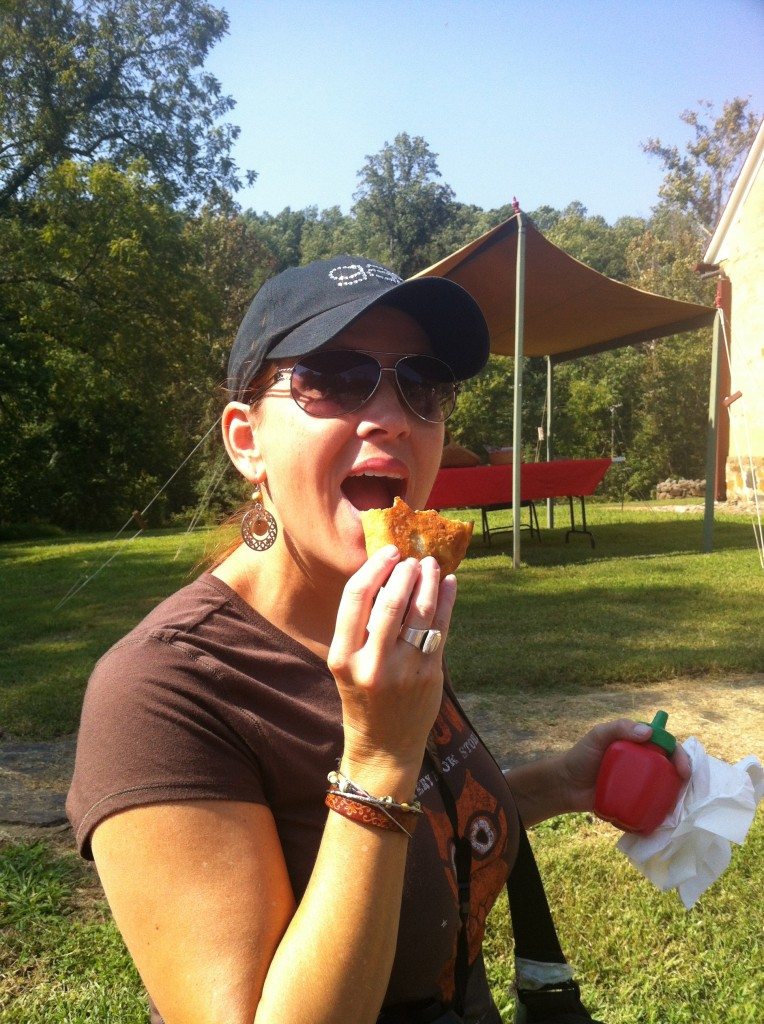 there was a tin(?) smith hard at work making some cool moravian-y lanterns and such. 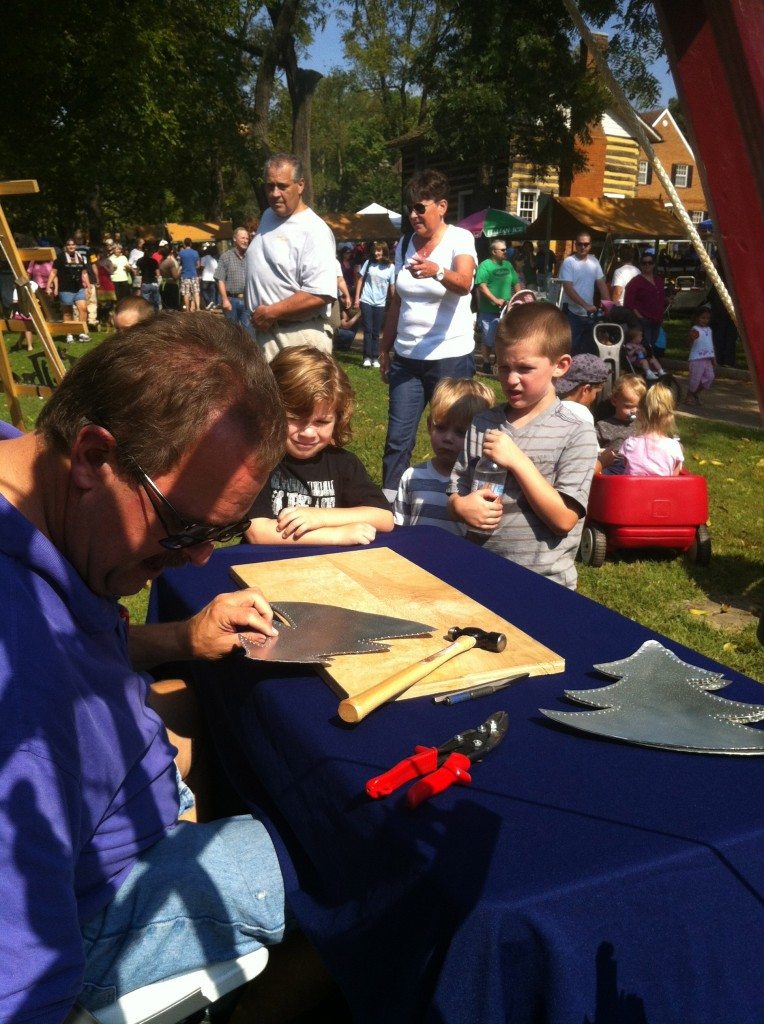 anna shared her wagon with her long time pal, ian. 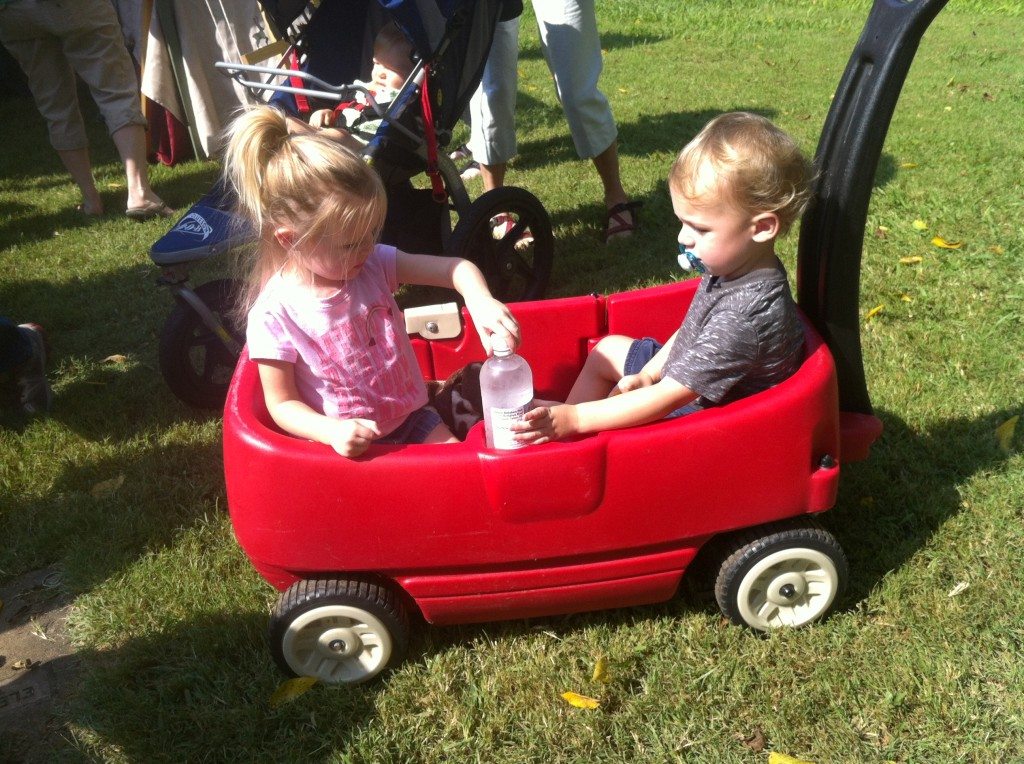 we managed a semi-decent shot of all the hammerheads: 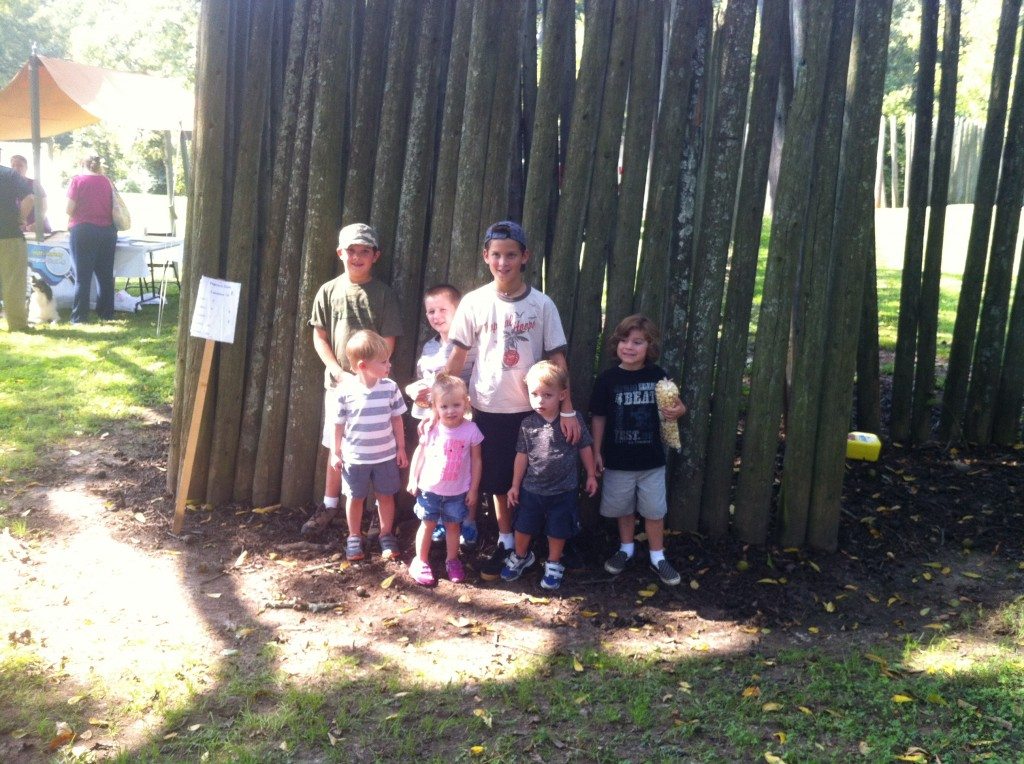 we happened upon some jugglers and before we knew it, some of the older boys in our posse were volunteering for the act: 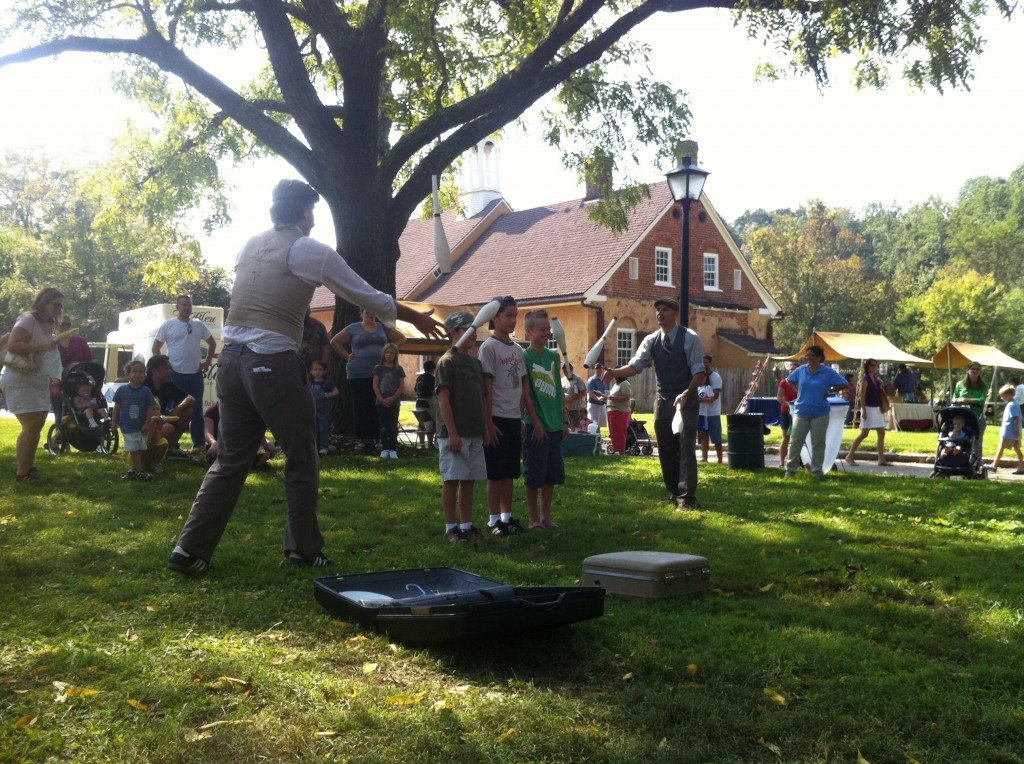 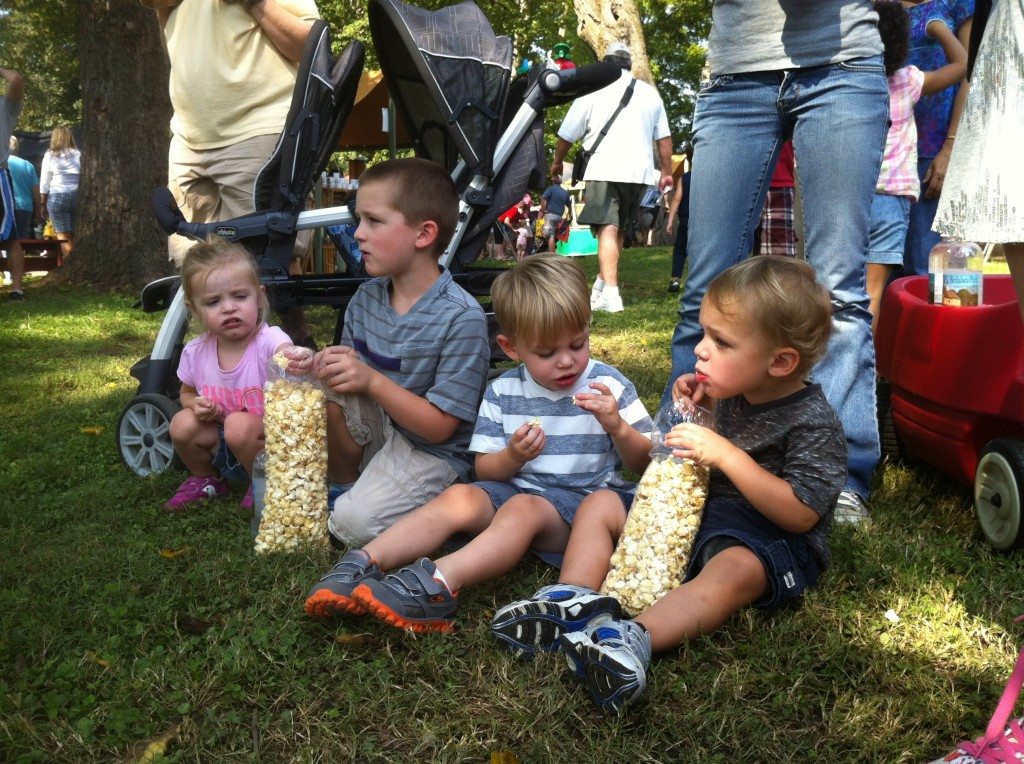 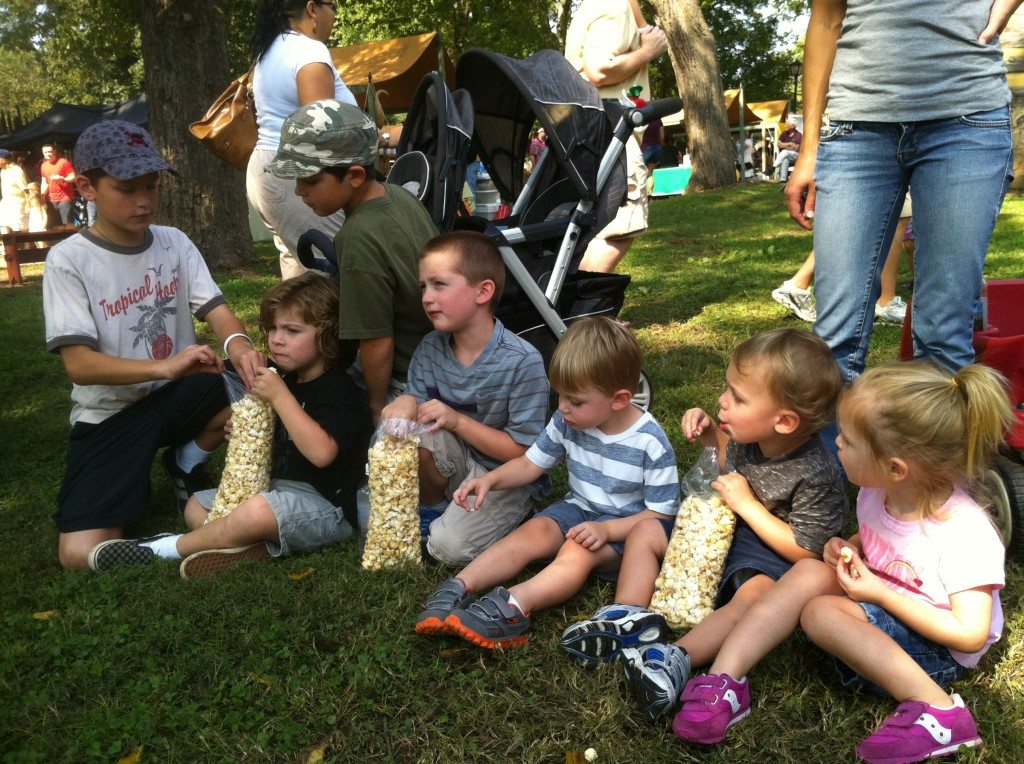 the jugglers passed a spinning plate around. ike took a turn. anna refused. 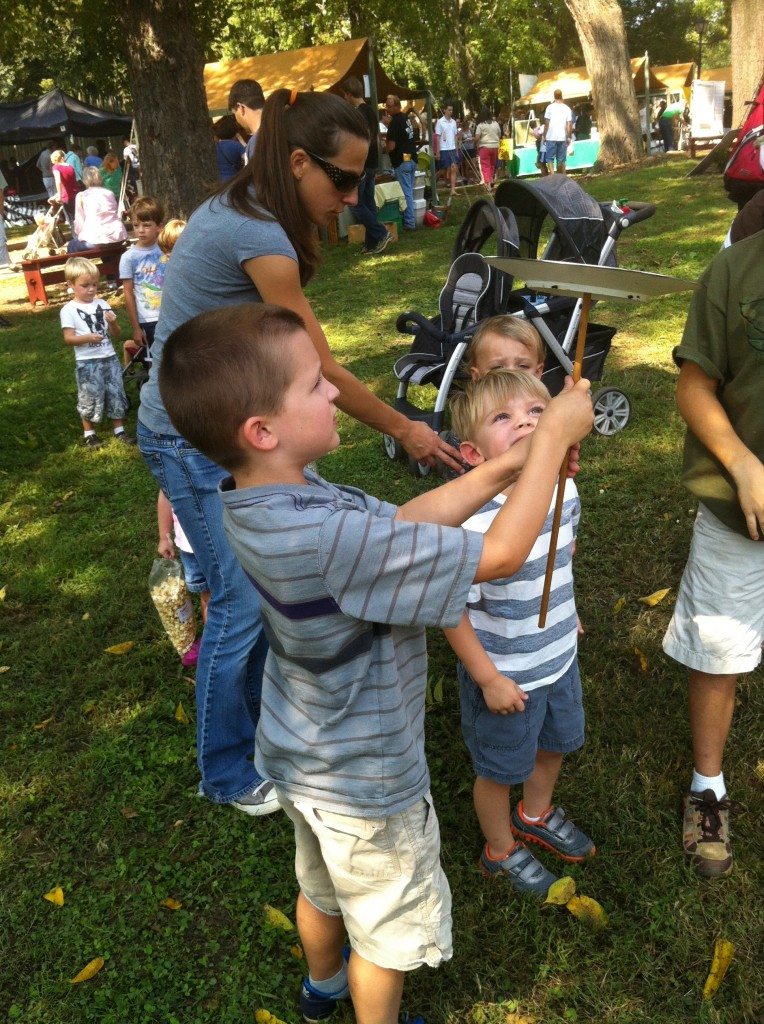 as with any large southern festival, fair, carnival, or gala, there were racing pigs. so, we crammed in with a bunch of other folks to get a good view of pigs racing around a track to eat a cheeto. 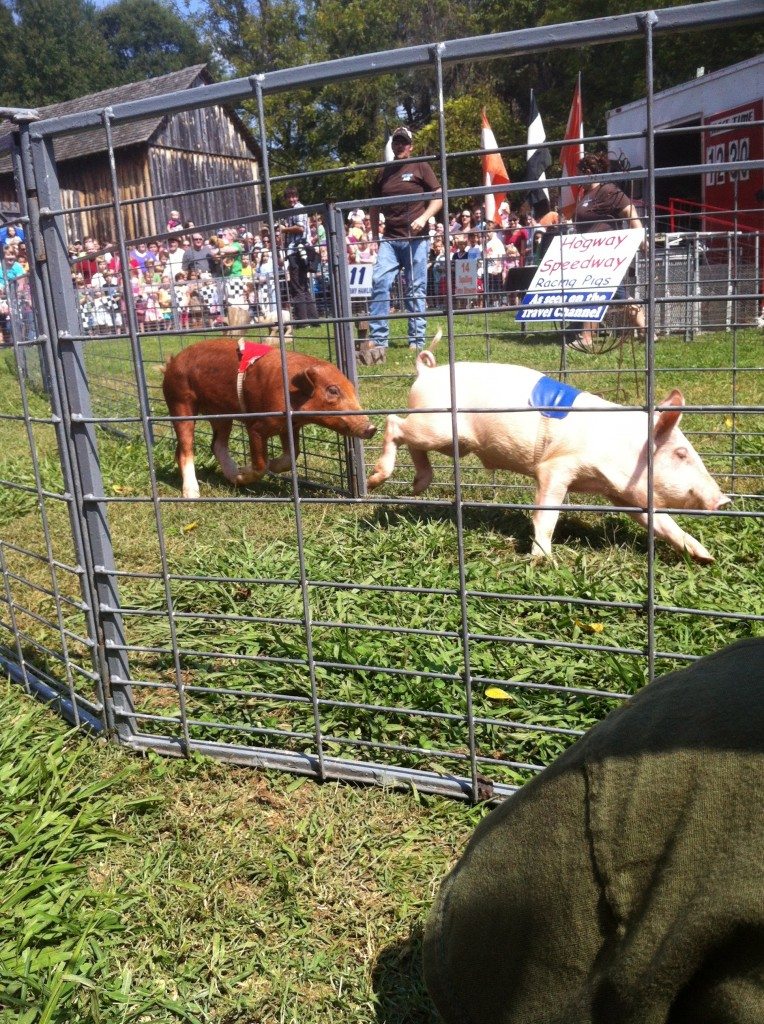 and goats. there were ducks, too, but i had to remove myself from the crowd before i started swinging my elbows like i just grabbed a big rebound. personal space. i need it. 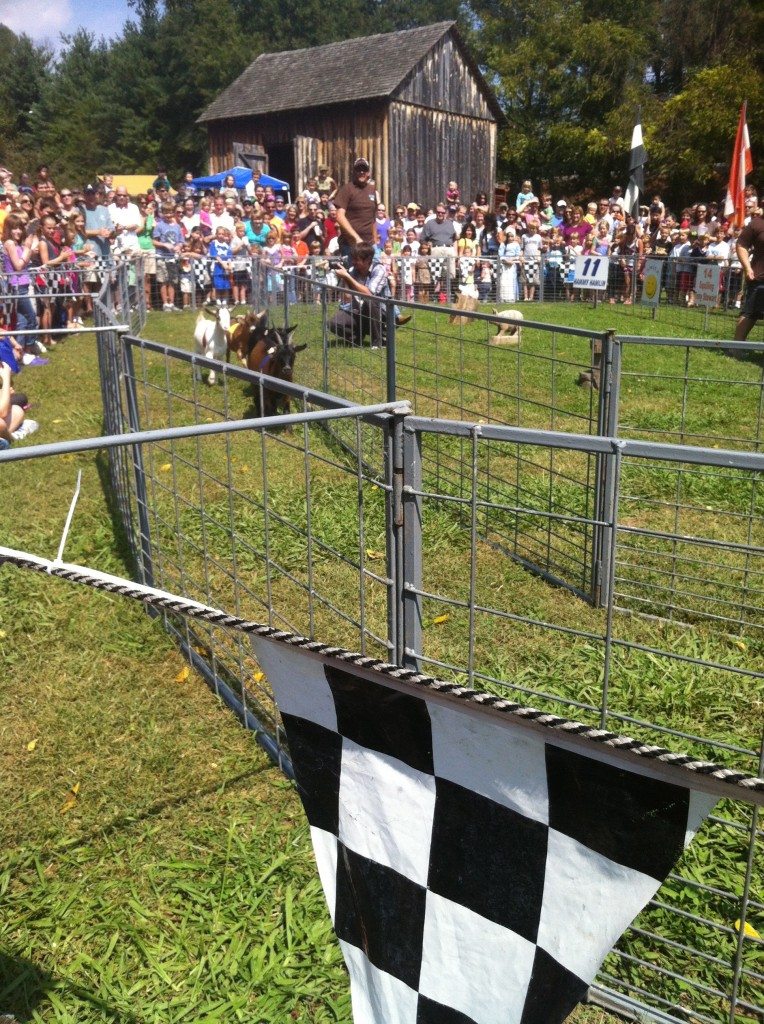 on the way out, the boys stopped to play in these little rock bunkers (or something or other, i don’t really know) in the fort. 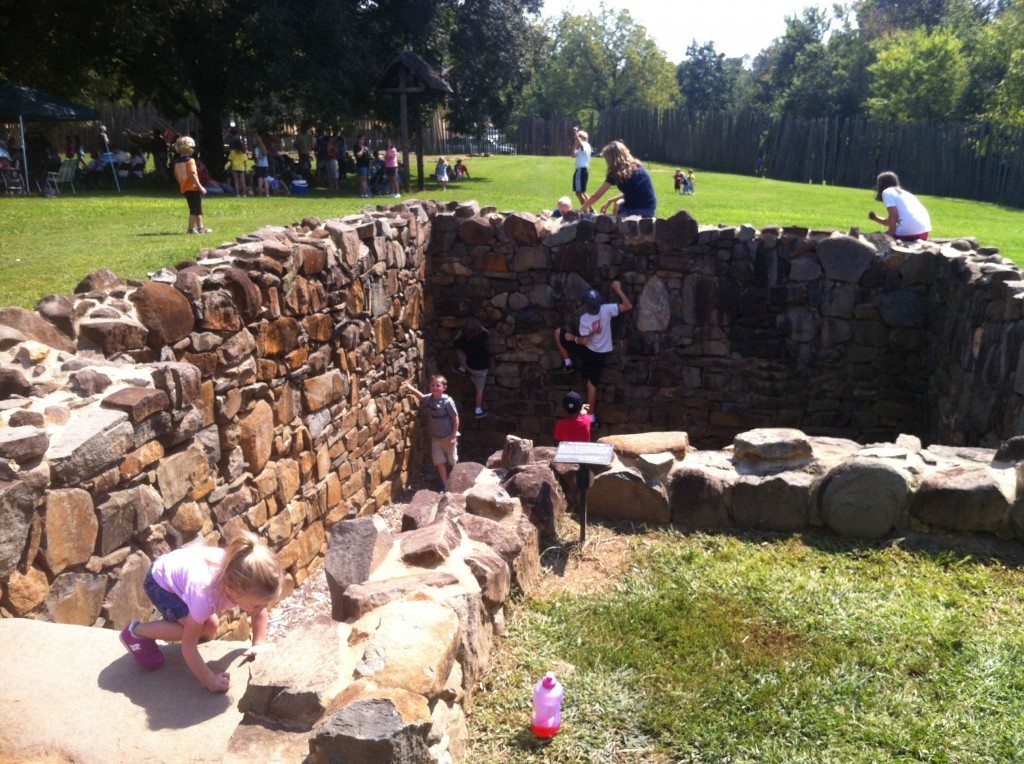 ike was determined to climb out. 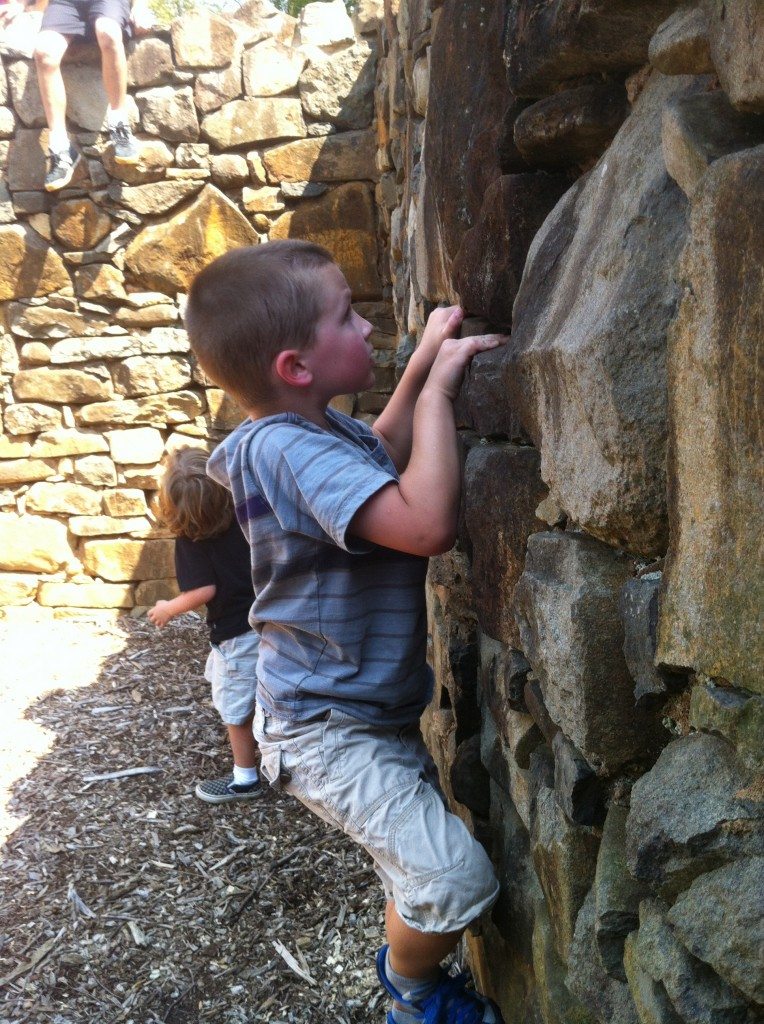 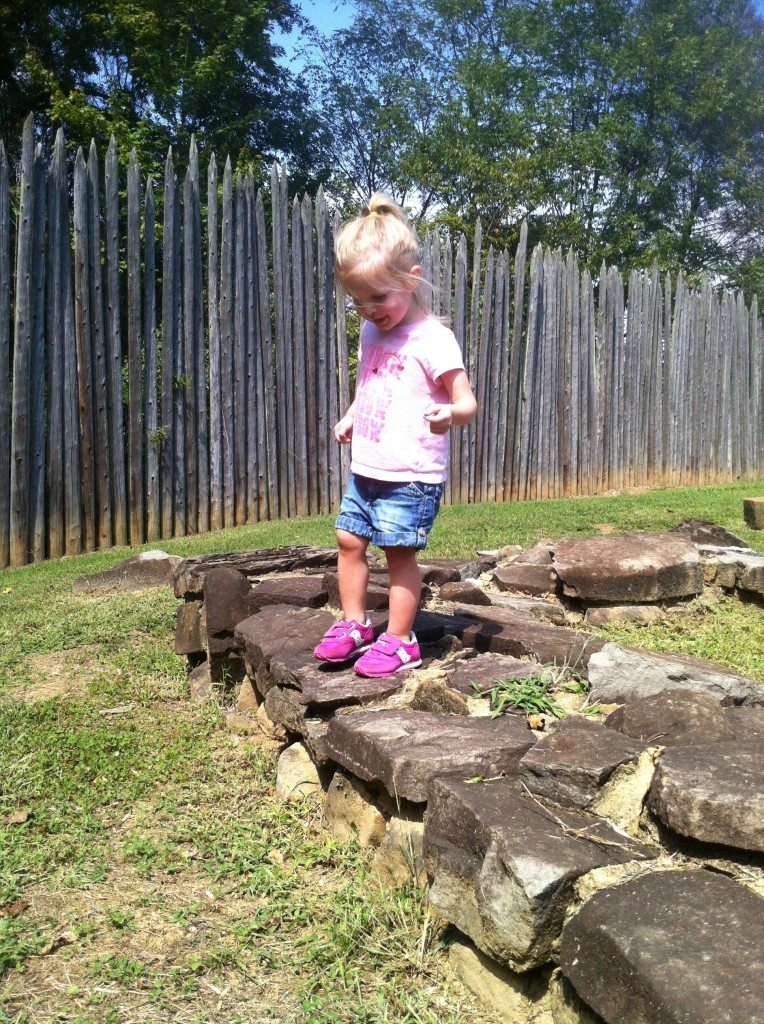 more of the boyz, in action. 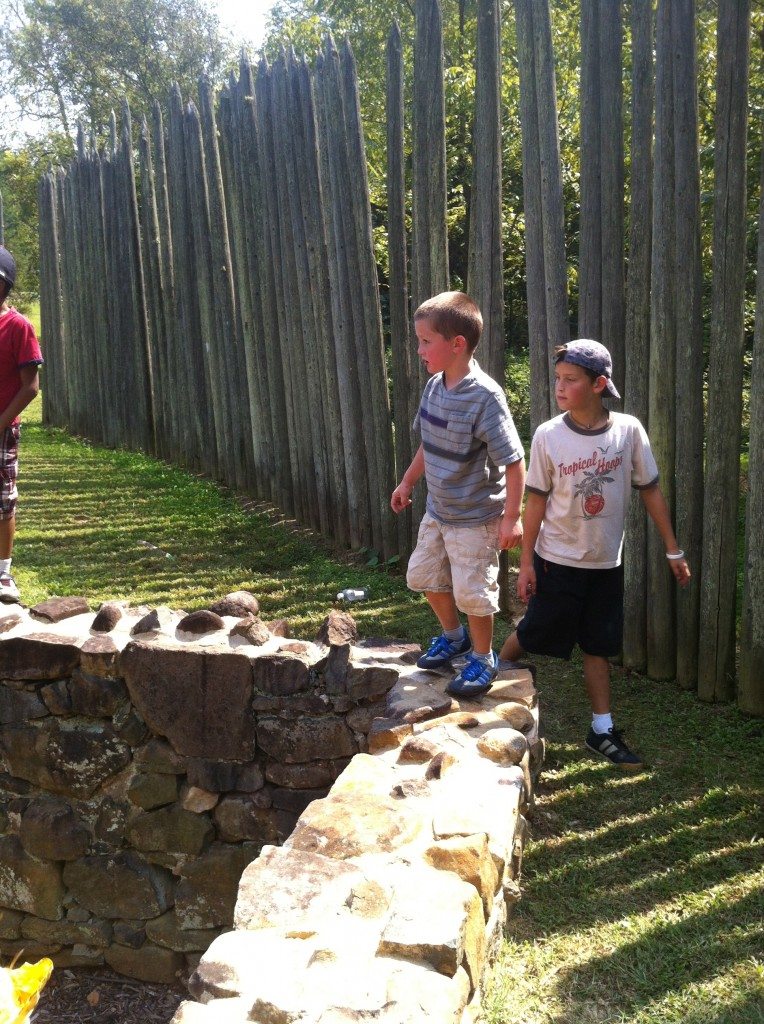