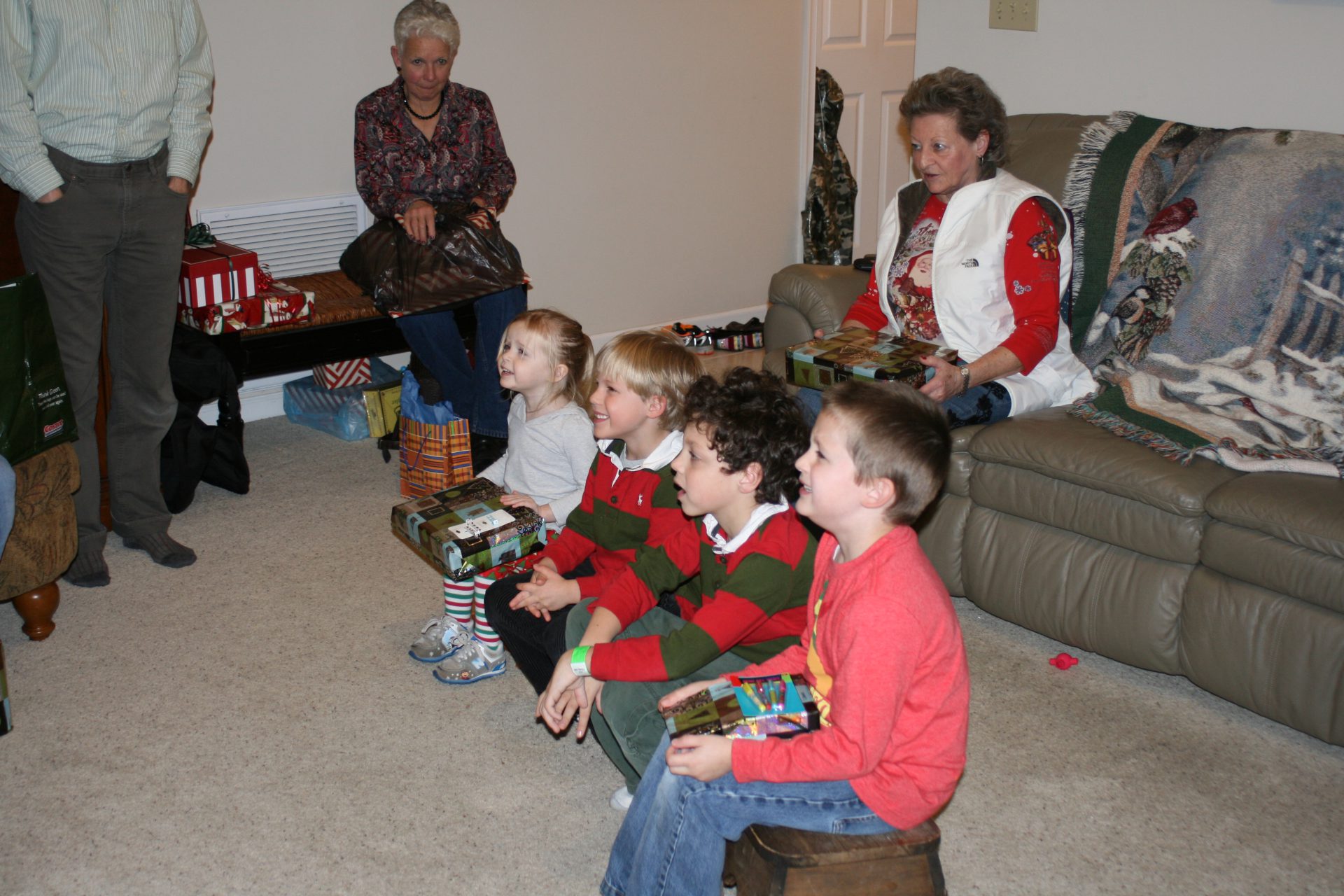 we had our christmas with derek’s family on sunday. his sister’s family spends christmas with the dad’s family, so the best day to get together was nine days before christmas. although, i’m not complaining. i kind of like spreading out the toy influx.

the grownups sat at a fancy pants table with fine china. the kids sat in the sunroom. with plastic plates and cups. also. i’m pretty sure there was little to no eating done. and mostly giggling and general mischief.

anna snuck into the grownup area and suckered convinced gramma to hold her until it was time to get back to playing.

the kids sat so patiently. in a row. waiting for the present explosion.

anna was so very careful in gift wrap removal. it was torture for the rest of the kids. ha.

she received some yo gabba gabba pjs and was quite pleased. and put them on immediately. (and took off the cute christmas outfit that i slaved over. but i’m not bitter).

isaac was quite pleased with the bey blade he got from the cousins (and aunt and uncle).

and i was super psyched for this half yard bundle of remix ovals that derek’s parents got me. (they had a little help from him. i had pointed the fabric out around thanksgiving when it was on a really good sale, but had since forgotten all about it. it was a pleasant surprise.)

it was a lot of fun. a longtime friend of derek’s parents was there and gave our two families a zoo membership for a year! such an awesome gift. and derek got a kindle. anna got some baby accessories and two stuffed chickens and an art set. oh, and a yo gabba car seat from the cousins. she’s pretty excited about that. ike got a bunch of puzzle books and puzzles and a faux woodworking kit (that he LOVES!) and some books.

we ate a lot of swedish food. and then probably even more cookies and such. and then came home and unloaded our loot. well. sort of. there’s still some unloading left. i’m a slacker.