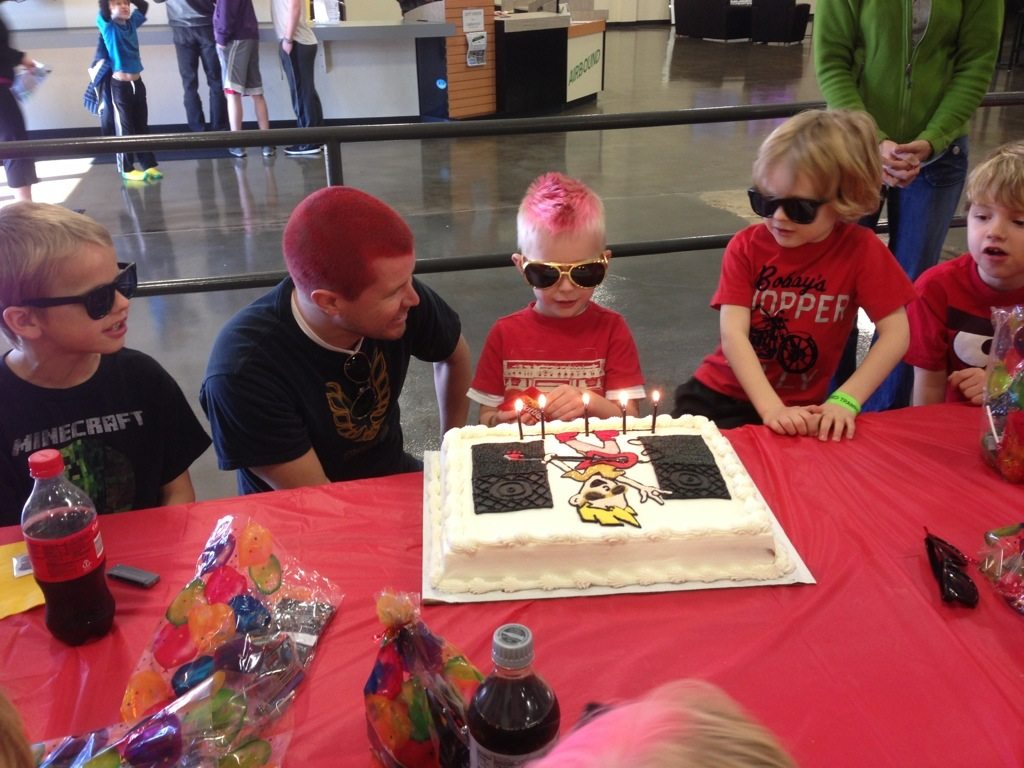 ike’s buddy (and my friend’s son), jesse had a big 5th birthday bash today. and i got to make the cake. well, decorate it. it was a costco cake, saving me a lot of hassle. and, kim sent me a picture of what they wanted, so i really had it easy. 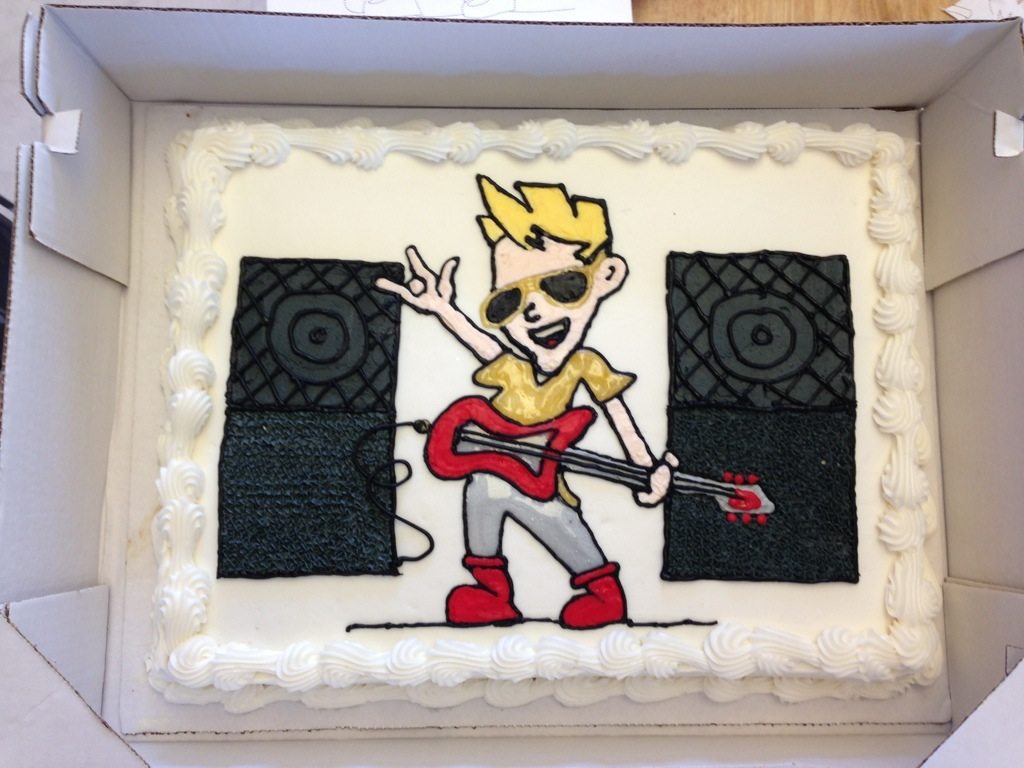 kim always takes pictures, documenting the cake reveal. and she sends them to me, so i can see the fruits of my labors. here’s jesse, getting his first peek. 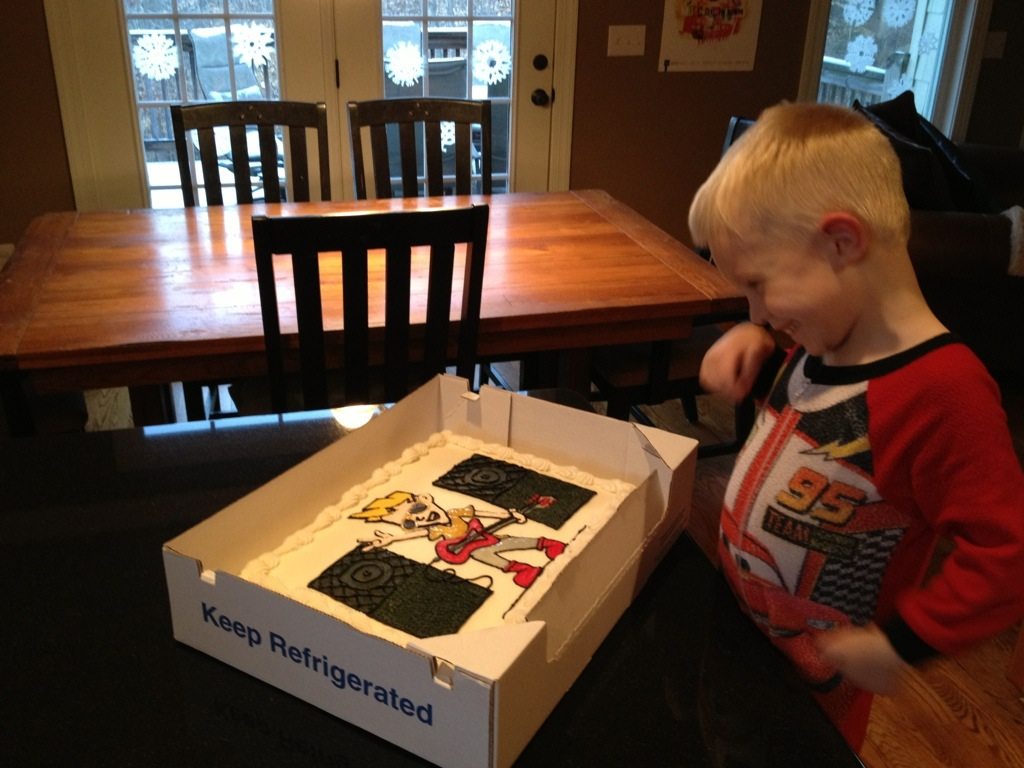 i think it is satisfactory. 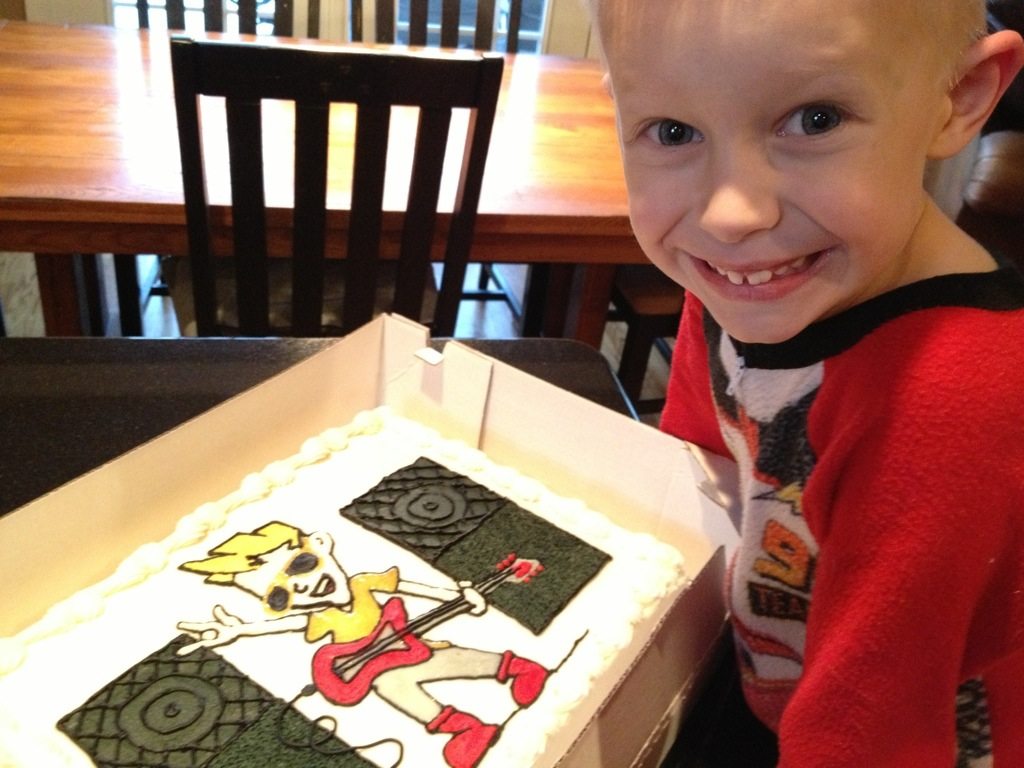 jesse and his bros, posing with the cake. 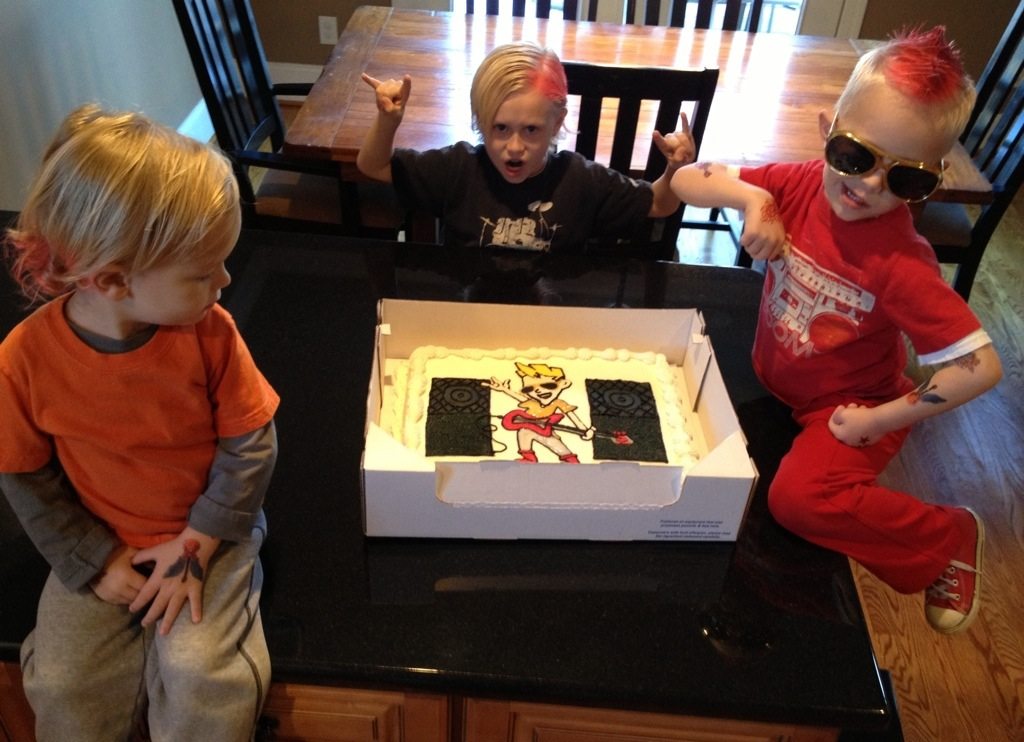 the party itself was at the new trampoline park in town. that place is awesome. we had looked into it for a party for ike, but decided on a different, cheaper, more low-key plan… anyhooo… i couldn’t get many shots where the kids weren’t a streaking blur. but, here’s one. (isaac in red tee and gray sweats. jesse in all red). 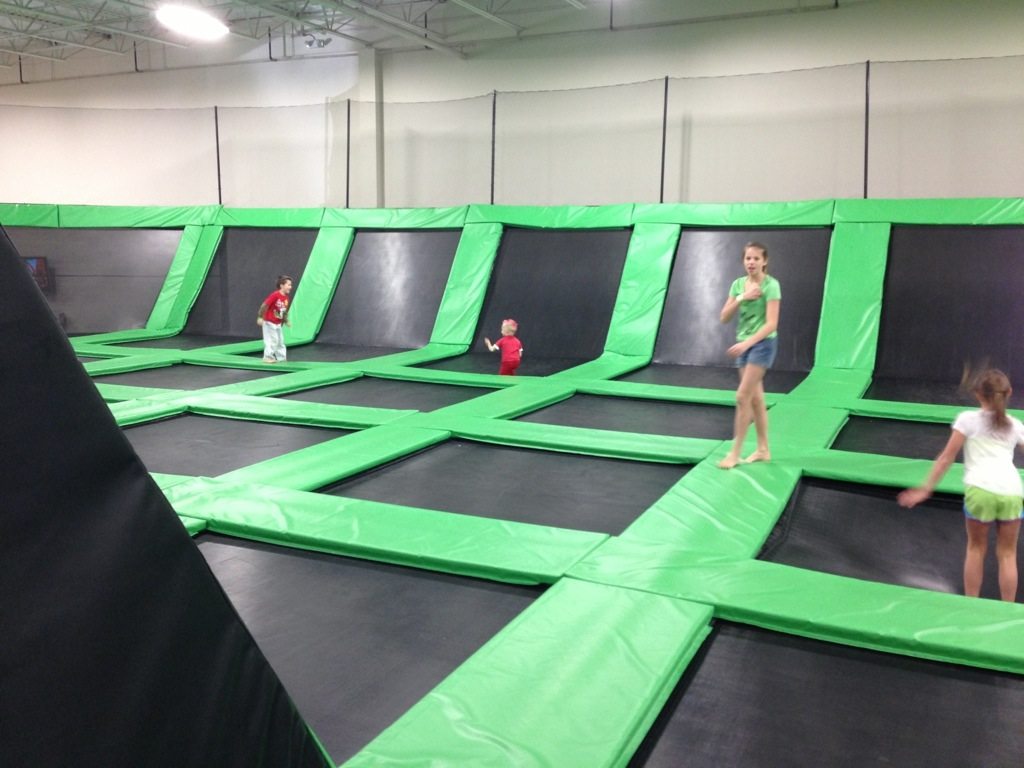 after an hour or so of jumping, we gathered for the feast. and the cool shades. 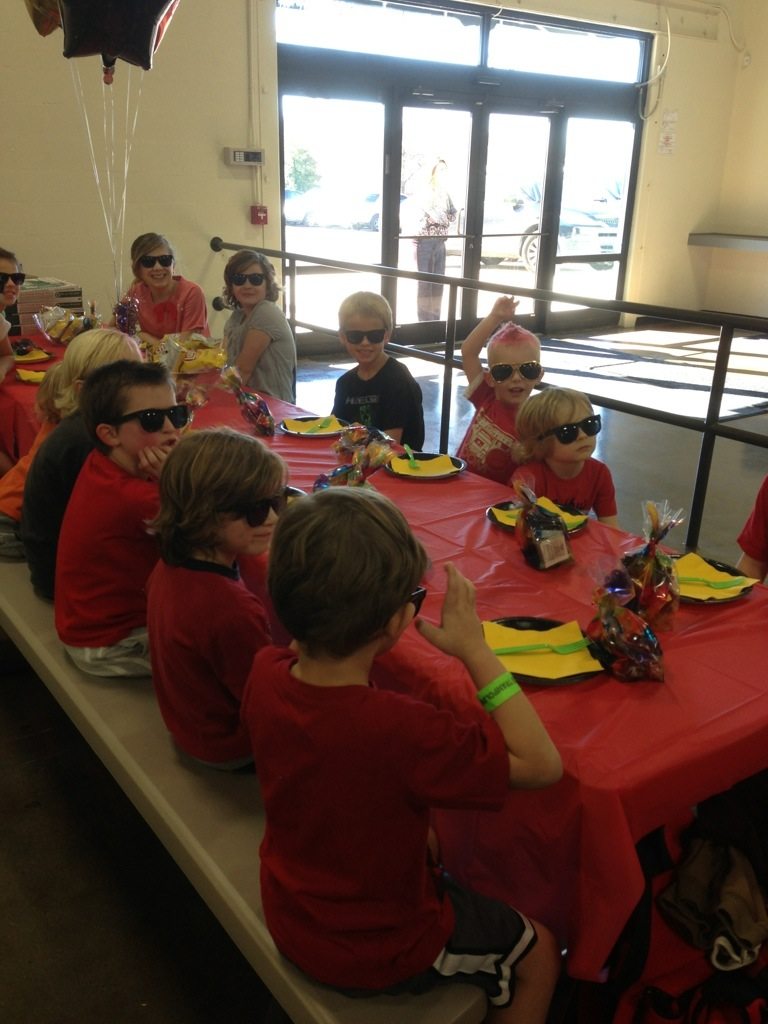 all the silly boyz. and claire bear. 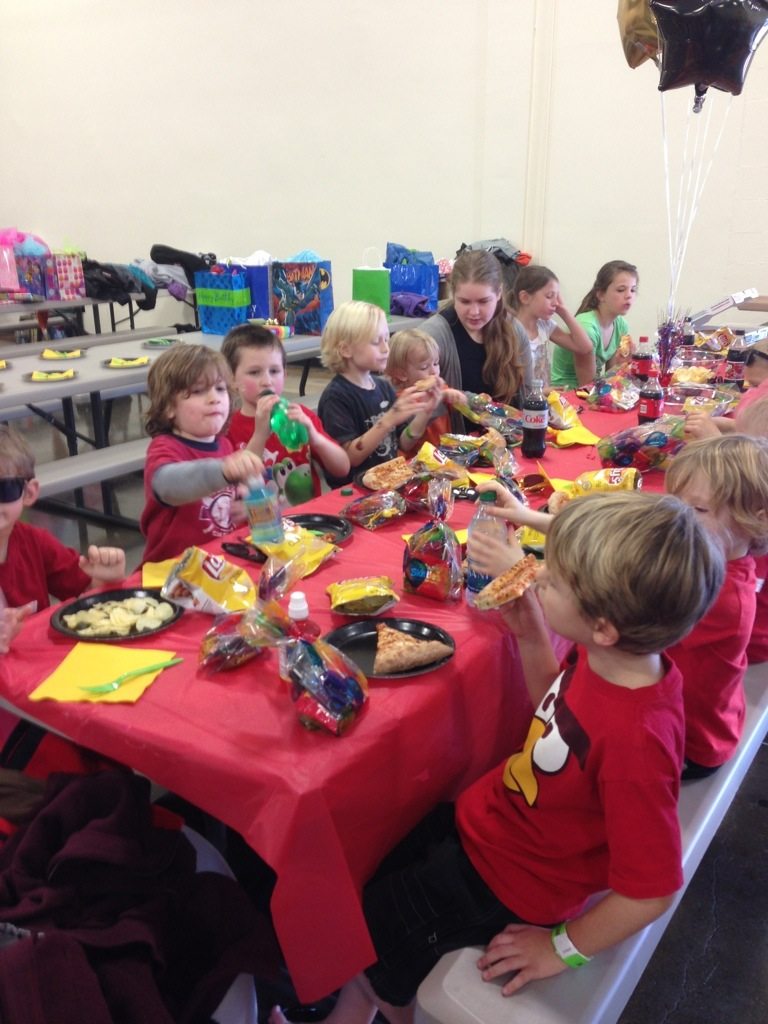 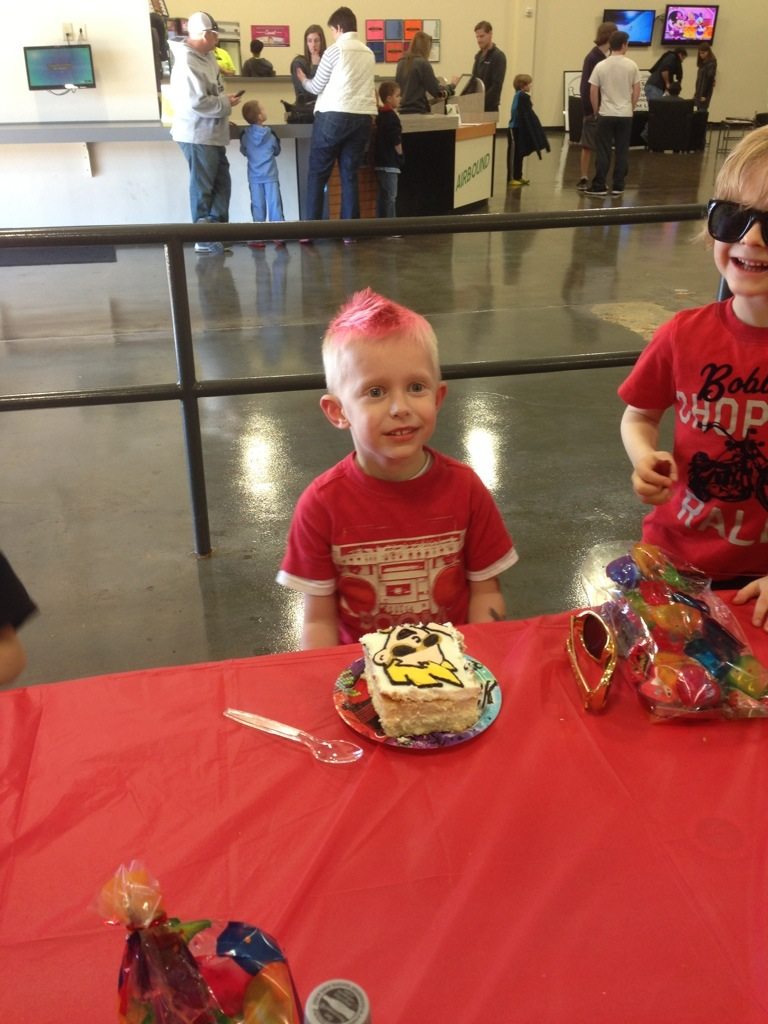 kim rustled up the boys for one last shot of them rocking out with their blowup guitars. 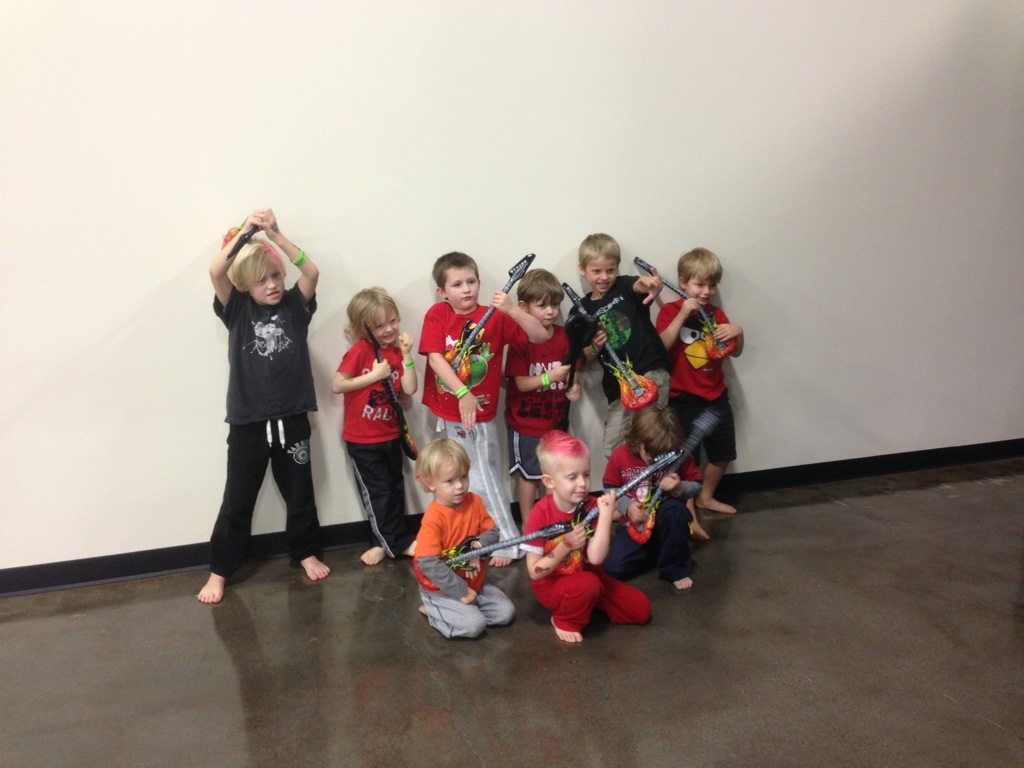 and there were some sweet party favors. 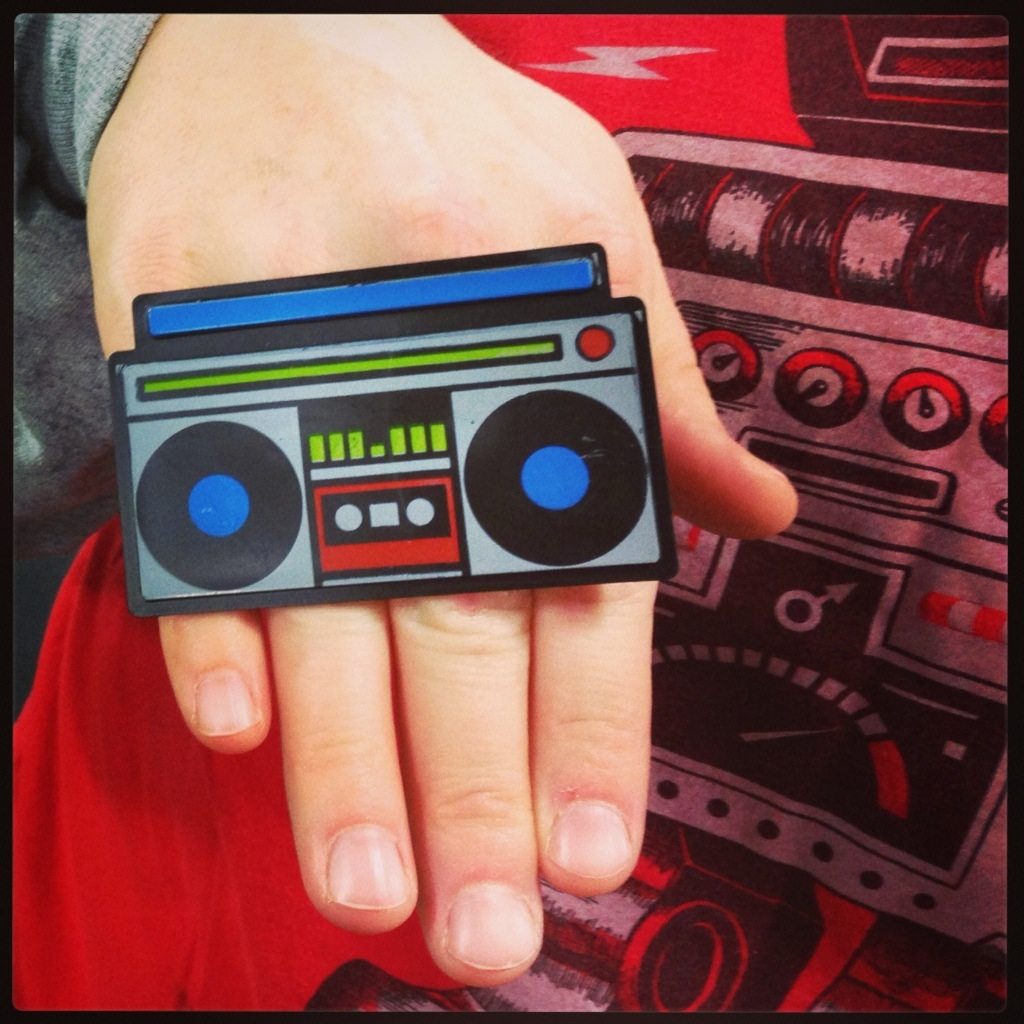 anyhooo… that was our day.
now i’m sad that we aren’t having our party there.
oh well. there’s next year.

No comments yet
cakes friends isaac