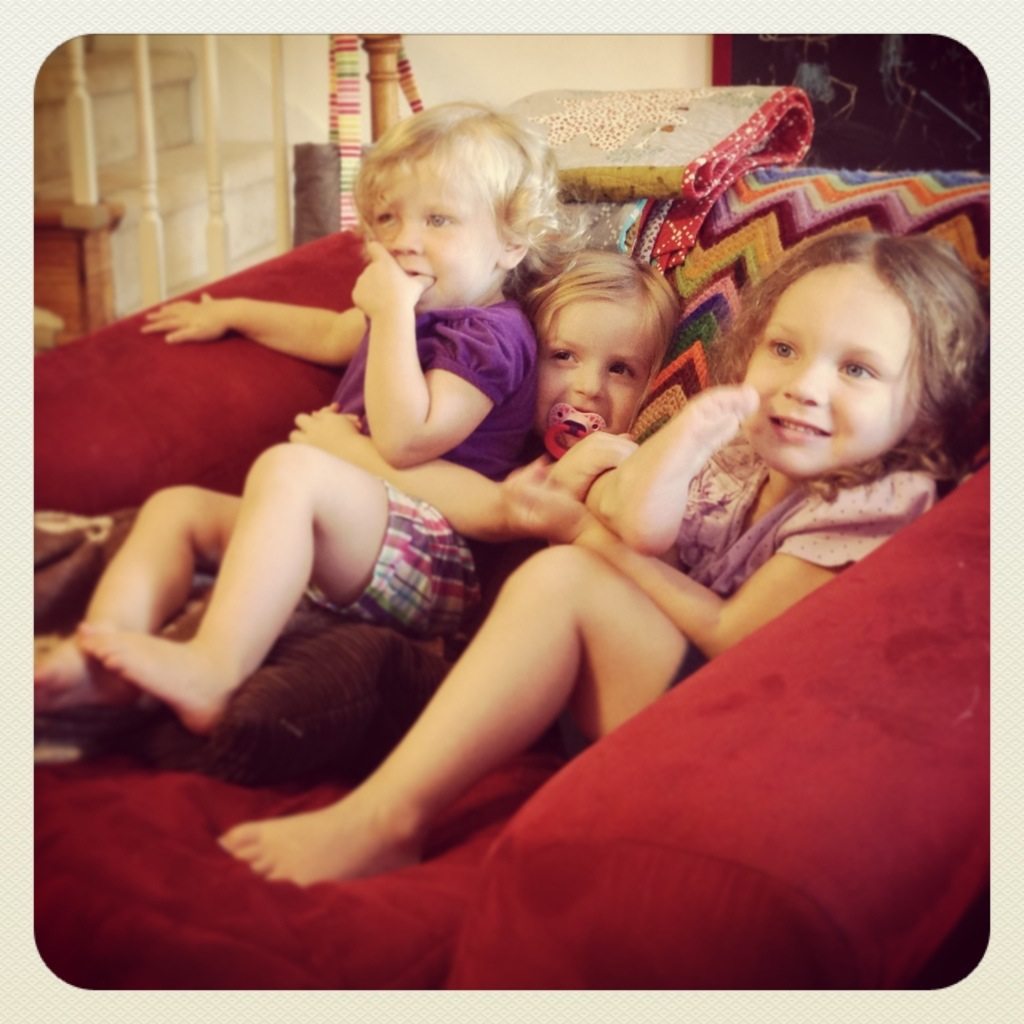 once again, i find myself not doing well with this whole keeping up with my blog. so, here’s another conglomeration of instagram pictures and some that didn’t make the instagram cut. detailing our life in the last few weeks.

this cute girl LOVES to draw. i love it. i was the same way. i remember older folks always talking about how i took a pad and pen everywhere i went growing up.

my kids love to make forts. they construct them in every little corner of the house they can find. so, one day, i moved furniture around a bit and got out the big quilts. and made what i thought was the best fort of all time. they played in it for like 5 minutes. so much for that.

another anna and chicken picture. here’s what’s happening with our chickens. we hatched about eight babies. well, eight survived lucy and the neighbors dog. turns out, they were mostly roosters. my favorite. derek’s favorite. the baby of tina fey. it was disappointing. we got rid of all but two of them and got rid of two of our hens that were forever broody. so we are back down to ten. which is a far better fit for our yard. and our original clan seems happier again. 🙂

this is the night before school started. we let ike choose his last meal. pizza, it was. please note this smile about school.

anna’s art. a color pic of lucy. she’s becoming more accurate in her number of legs.

this is actually a picture of when we were at blue ridge village with the grandparents. but, it snuck into this post, instead. goof.

for the first week of school, i only had the girls once, while ike settled in. it was a rough go. he cried a lot. and the teacher called a lot. and i had to go up and talk to him some. he was giving himself stomach aches. and it was rough. i couldn’t read his teacher. and i was sad for him. but, i had to stay stern with him, because we have these stomach/nerve issues often, and, well, it’s a long story. sometimes in his head. sometimes he’s playing us. and sometimes it’s legit. anyhooo… for the second week of school, i had the girls again.

just the girls. they get a long SO much better with isaac out of the picture. anna and annie are actually pretty close in age, but annie would prefer to play (fight/argue) with isaac while he’s here. so, it was a quiet week with them. and cute. sadie is almost as big as anna. but she’s only just shy of two. so anna treats her like a baby.

isaac’s best bud from kindergarten, johnlee, is in another class this year. bummer. but, we arranged for a playdate after school for the two pals…

annie and sadie’s parents, and our friends, justin and jessica, came over for some wings for adults and pizza for kiddos. and then later campfires and s’more’s. fun.

on wednesday, i crossed into my third trimester. this pregnancy has been flying by. to celebrate, firstly, i got the worst cold. that i couldn’t take anything potent for. like nyquil. :). and to further celebrate, i had the one hour glucose test that morning. grumble. so i gave up my usual bagel for breakfast and ate eggs. drank up my super sweet beverage. got a finger prick. and a shot. peed in a cup. listened to a heart beat. had blood drawn. the end.

the cold has derailed me for the week. so i get ike off to school and then just mostly hang with anna. so lazy. but it makes for good fingernail and toenail painting time…

oh man. yesterday i took this picture. of my contemplative cute girl. i joked on instagram that she was thinking about becoming a middle child. she’ll be fine, right? she is so excited for the new baby sister. she takes a baby everywhere she goes. and the baby has to do everything, too. potty. wash hands. eat. sleep. get buckled in. etcetera… hoping this means good things for the transition.

and then yesterday. my friend angie came and picked us up in her convertible. we rolled around town a bit. it was pretty exciting. the no roof thing. but “a little bit windy” i’m told by anna. but she seemed to like it. and asked why we have a roof on our car.

so, that brings me up to date. the kids are at the grandparents for the night. we lounged around the house. i was still feeling pretty bad. and didn’t want to waste money on going out to eat food i couldn’t taste. we watched a movie. and then i suffered through a painful cough filled night. :/. hoping this thing is on the way out. because i can tell you one thing. coughing and sneezing and third pregnancies aren’t a girls best friend.