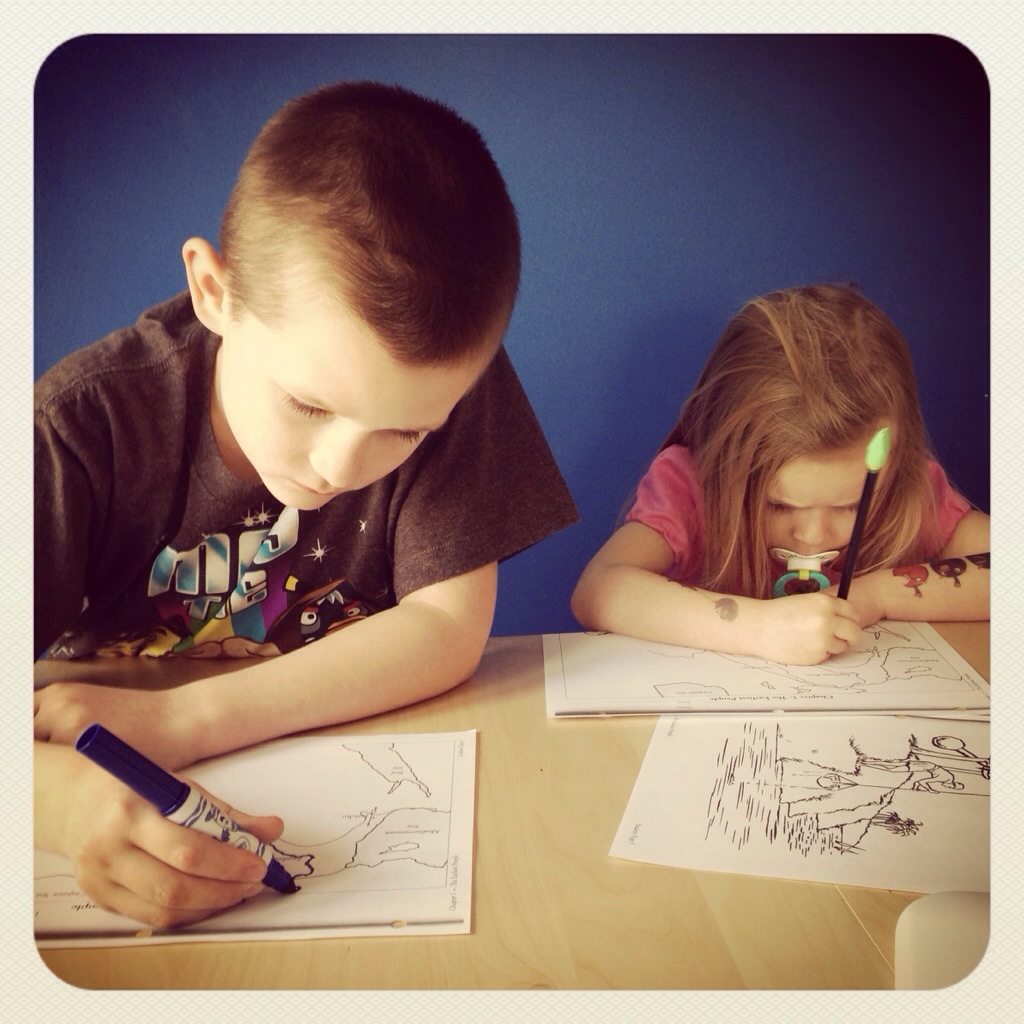 our first week of home school is in the books…

last friday, we headed up to the school to have lunch with isaac’s class and bring a treat for his final farewell. it was picture day, so i hoped for a good pic of him with his class, but it didn’t happen. this picture with his pal was all i managed.

after school, we cleaned out his desk and headed out for the last time. i have to admit. it was a little sadder than i thought it would be. he really likes his teacher. and he LOVES his music teacher. and p.e. and his buddies. but, i know this is for the best.

and then we went straight to the yogurt shop for a celebratory frozen yogurt with excessive toppings.

we had mostly settled on curriculum, but i still needed a trip to staples for toner and a few office supplies. and then i saw these. oh, my eighties childhood. i think the real reason i became a teacher and now a homeschooler is: school supplies.

ok. the actual home school part. monday was great. isaac was excited to get going. anna, too. we all got along. hazel slept sort of ok. everyone was happy.

tuesday was great too. hazel’s naps were not as great. but, we managed to squeeze the things in that needed to be squeezed in during her naps. and i can always read to them while she’s awake.

anna loves to do school alongside isaac. i give her copies of the maps and such so she can participate. we have a few preschool workbooks so she has things to do while he gets his learn on.

the public schools let out early on tuesday and were canceled wednesday and friday. i convinced isaac that not taking a snow day was a benefit to home schooling. and that when his pals were in school in june for beautiful weather, we’ll be outside, doing warm weather outdoor things. he reluctantly bought in.

this is my favorite part.

for science, we read about plants. and photosynthesis. and such. and i put our blackboard to use, drawing this pic for him to label. i’m not gonna lie. i did this mostly for me.

so. all in all. a good week. i feel a little like anna has turned into a super-middle-child, which makes me sad. i’m either scrambling to do school with isaac or taking care of the high maintenance baby. anna just wanders about aimlessly. doing her middle child thing. she seems ok with it right now, but will probably need therapy someday…

we’ll see how week two goes, when the honeymoon is o.v.e.r.

3 Replies to “homeschool. week one.”