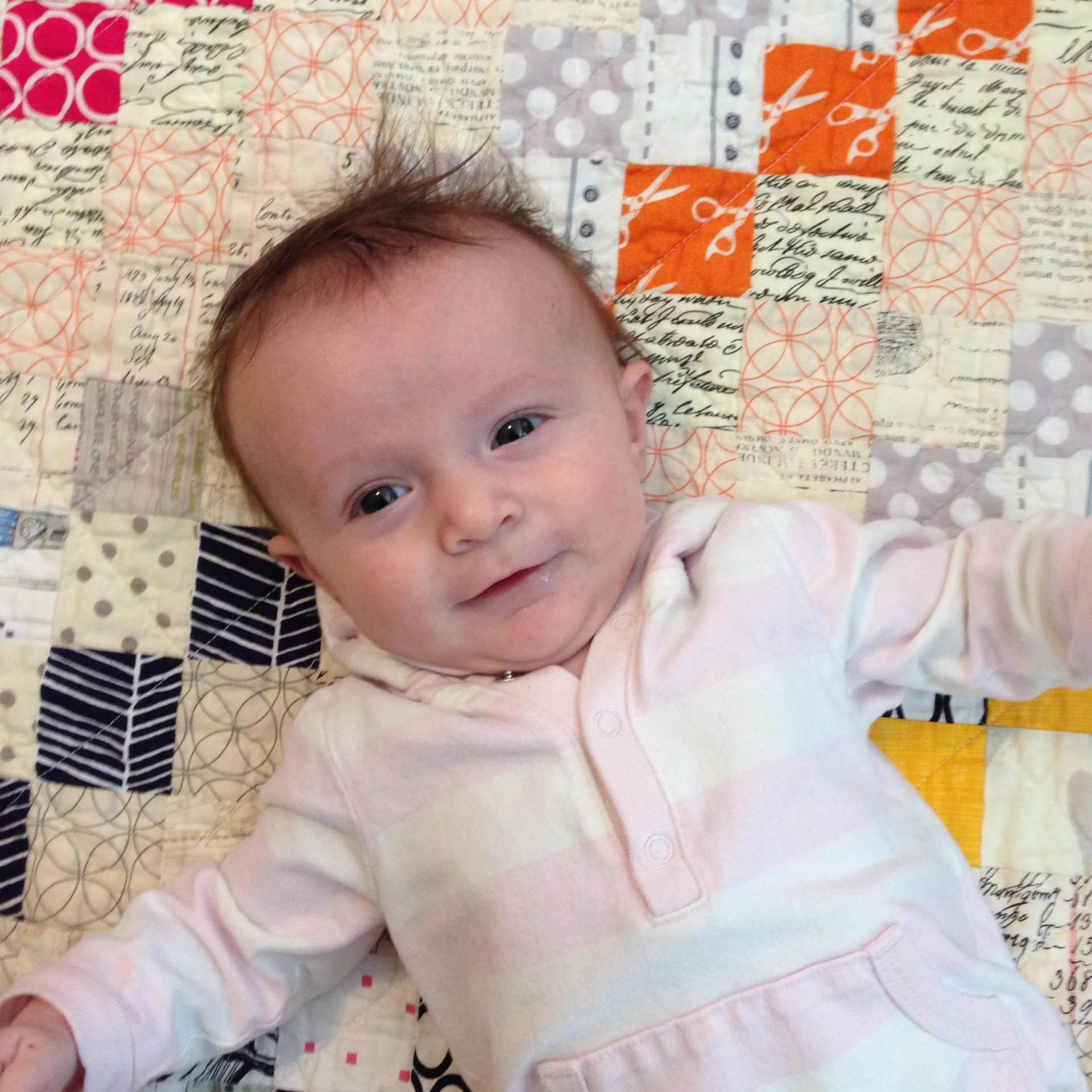 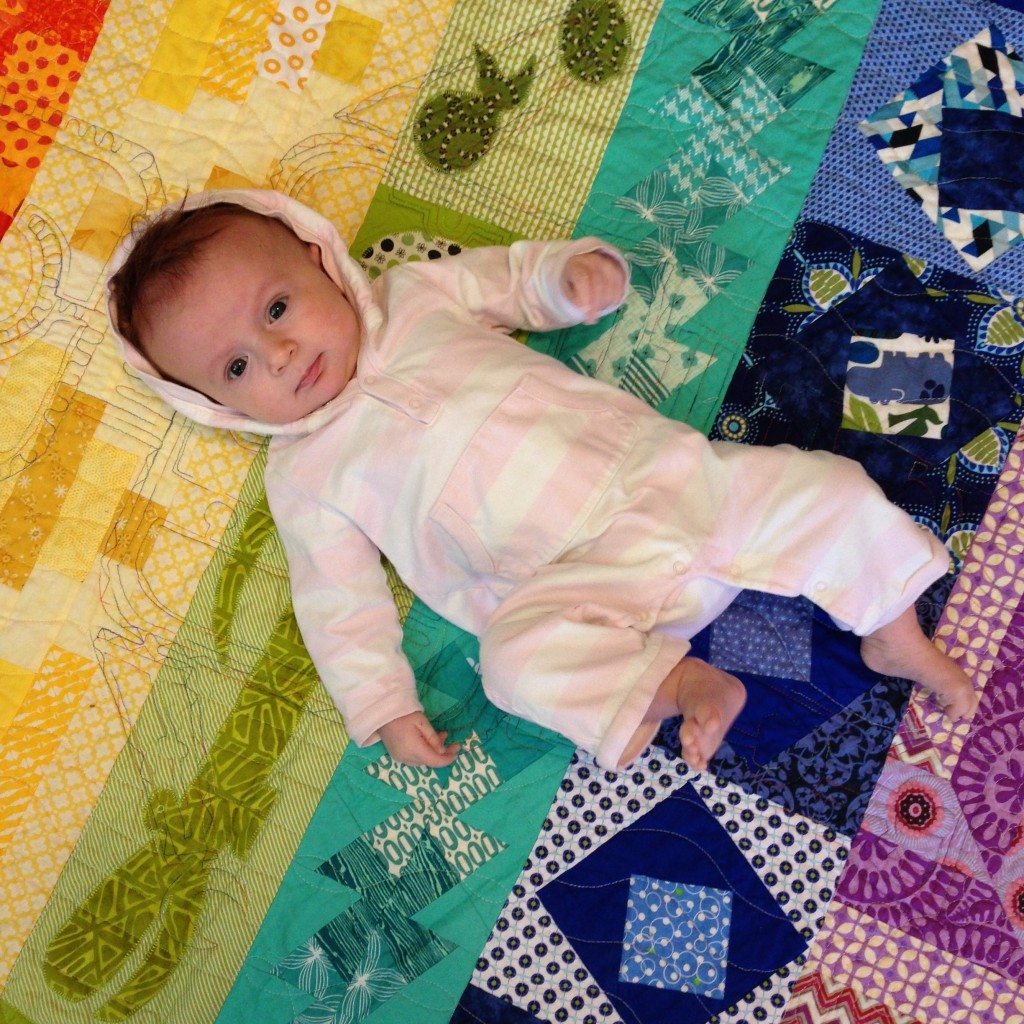 we are starting to settle in a bit. as we knew we would approximately 89 days ago. but, it’s so hard to see the light at the end of the tunnel at 2:30 am with a screaming baby. or with fighting older kids at 2:00 pm when you are hoping for just one nap to be longer than thirty minutes.

the nap situation is still a bit tricky. and hazel likes to be on the move and facing outward and sitting upright when she’s awake. lying on her back. or in the bouncy chair. not so much. she’s alert and ready to go. except for the part where she doesn’t know how to go. so similar to isaac. except less miserable. 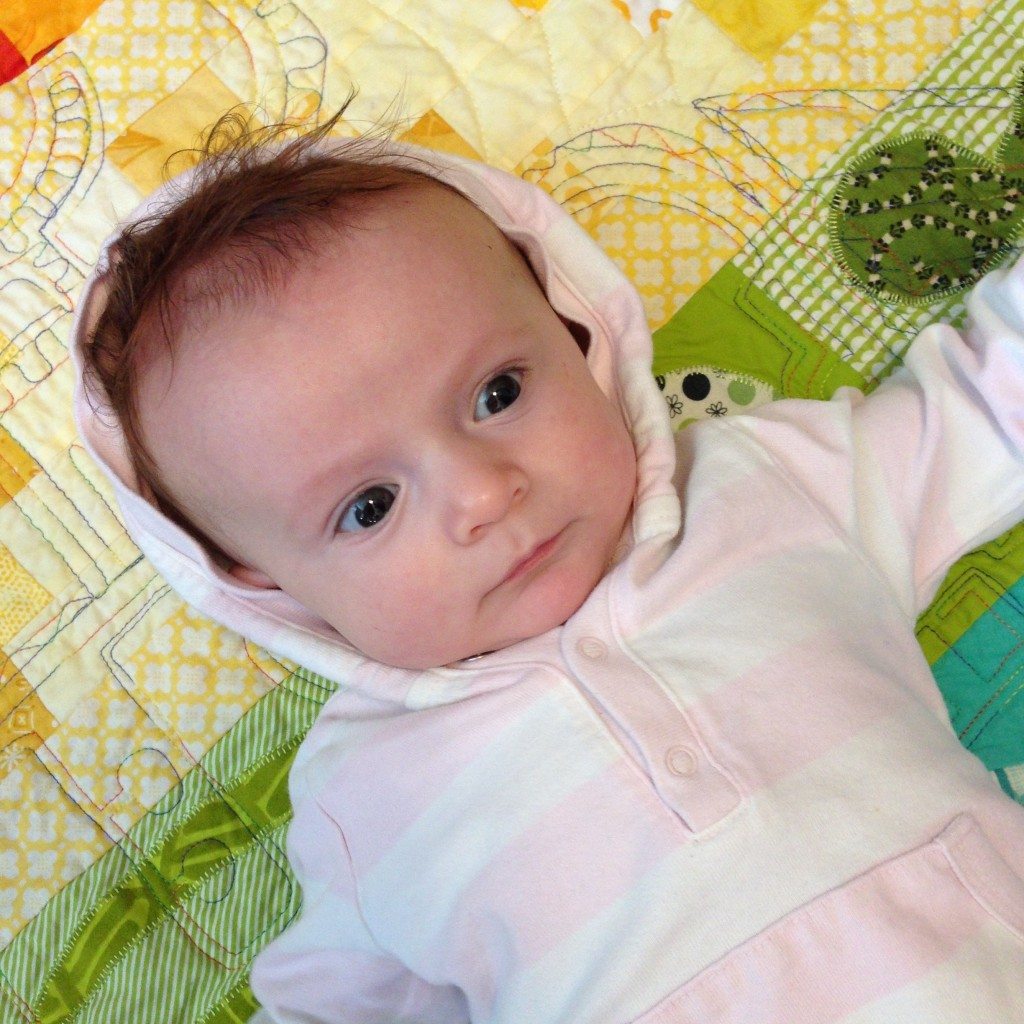 isaac and anna are still smitten with her. it’s quite cute. especially isaac. he talks in the most impossibly high pitched voice at her. and she loves him right back. he gets big smiles and head rolls. 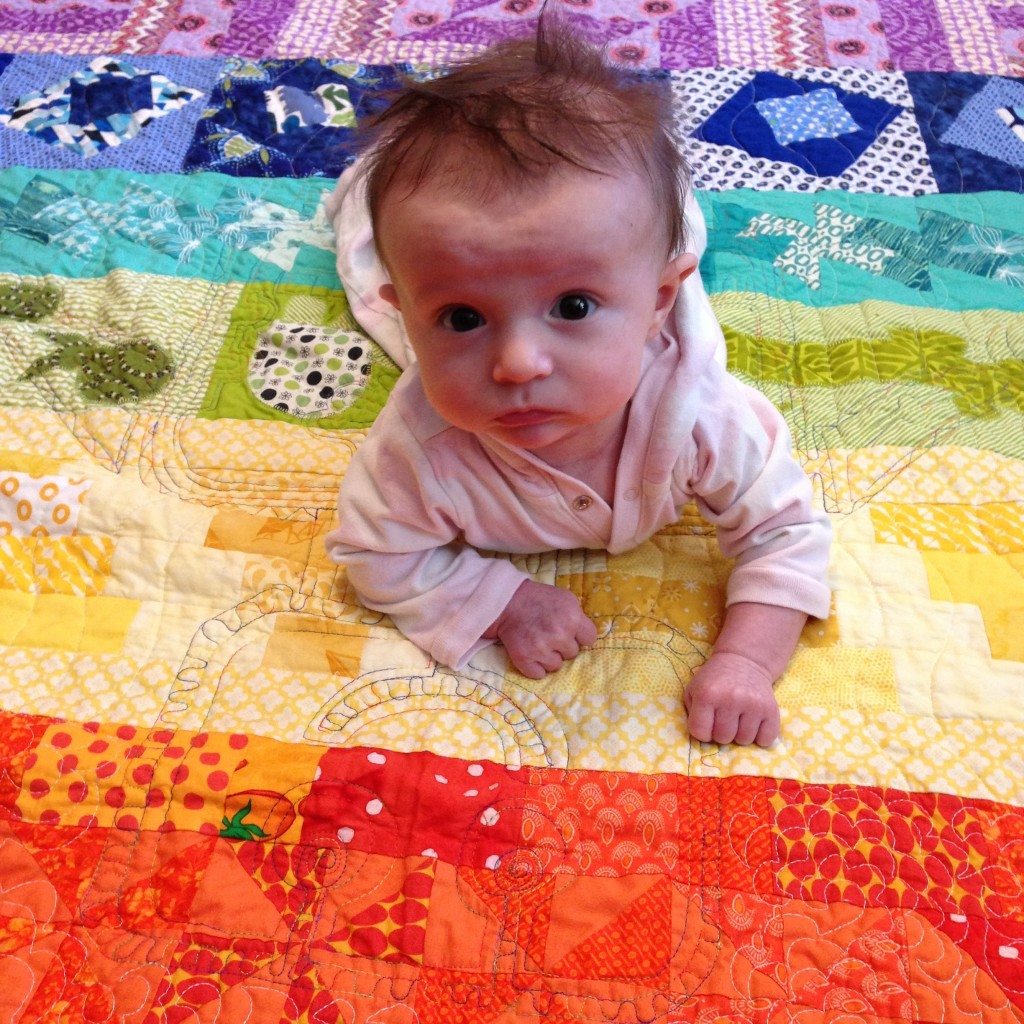 we just moved up to 3-6 month clothing. always sad to pack up all the tiny stuff that has the memories attached to it. coming home from the hospital outfit. the gowns (although we stopped wearing those a long time ago). tiny onesies. you get the idea. 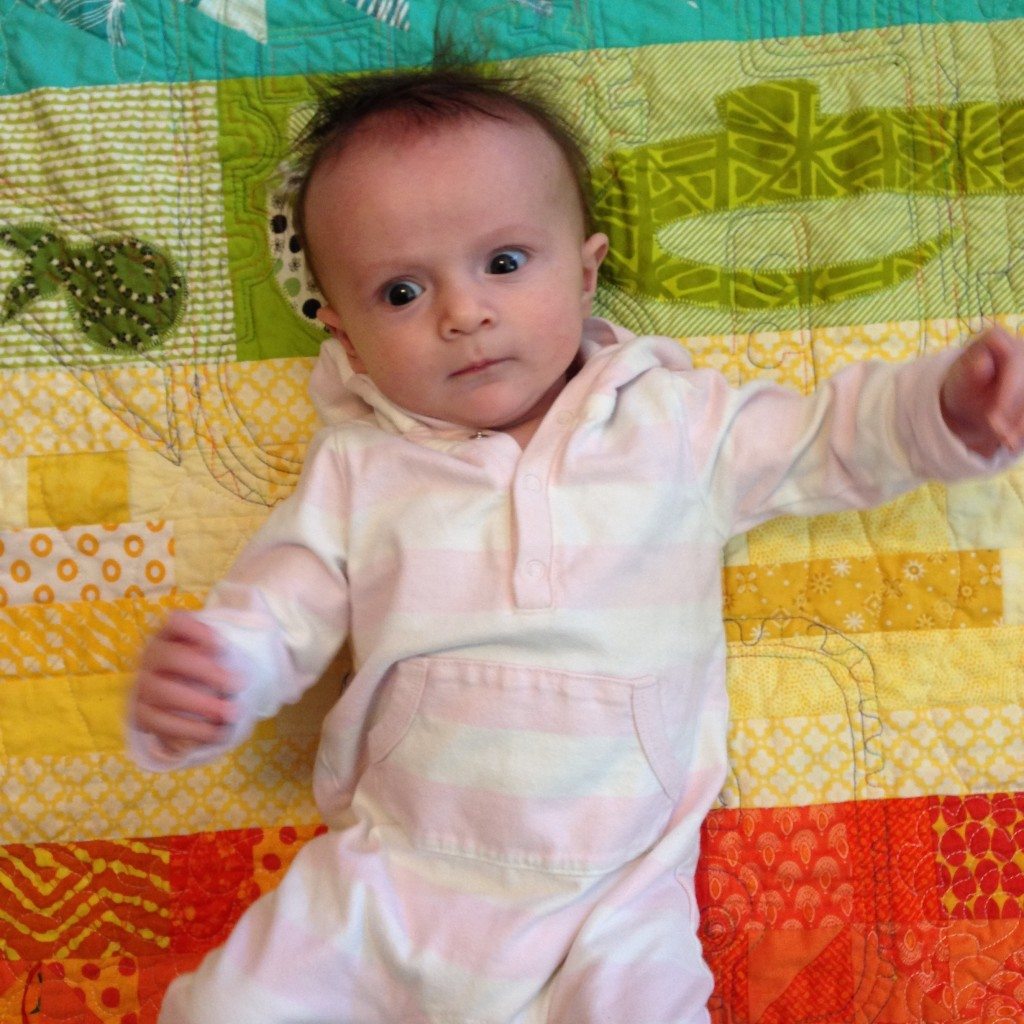 she’s batting at things. and trying to grab. her favorite things are her feet. she’s trying so hard to suck a thumb. well, i think. i thought anna was too, and she never did. and is almost four with a paci. but, i digress. hazel can hold her head way up during tummy time. and has mastered rolling from front to back. 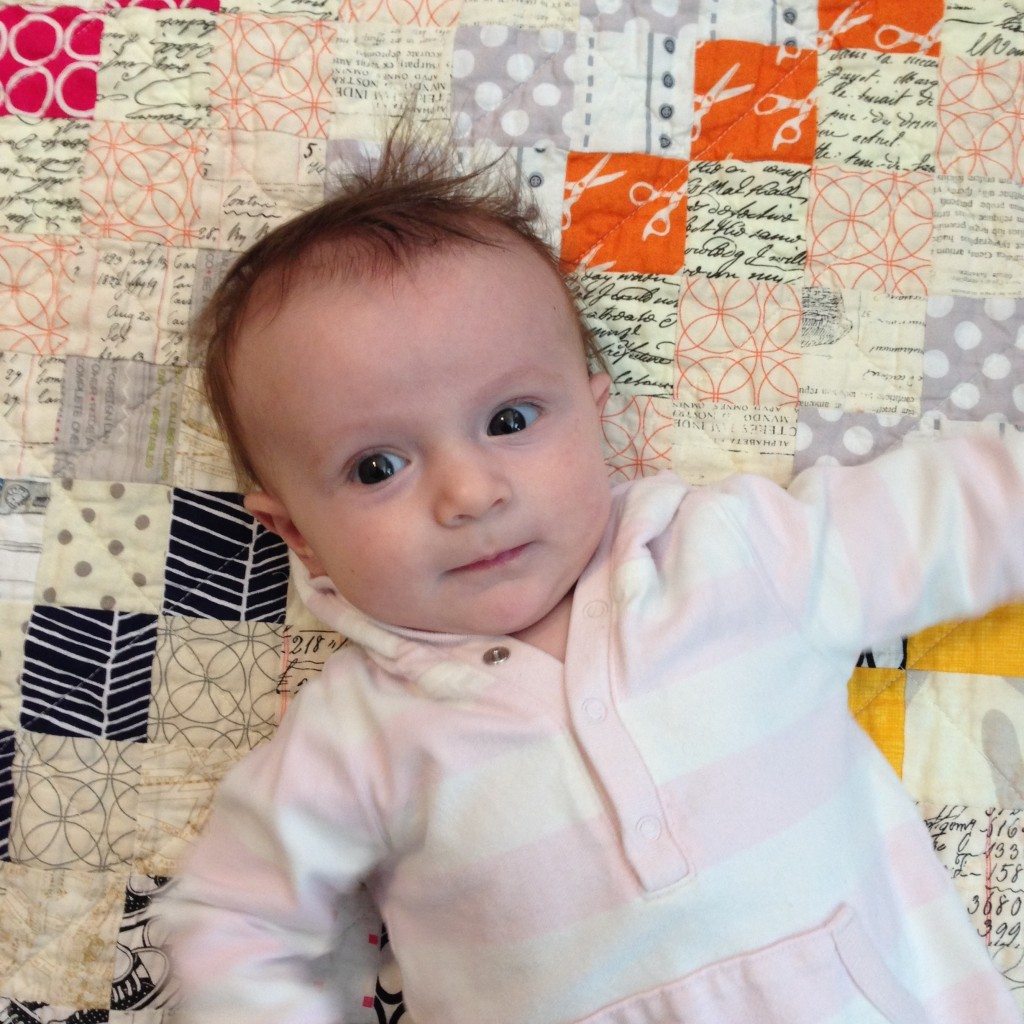 she’s super smiley and happy most of the time. and cute. i like her. 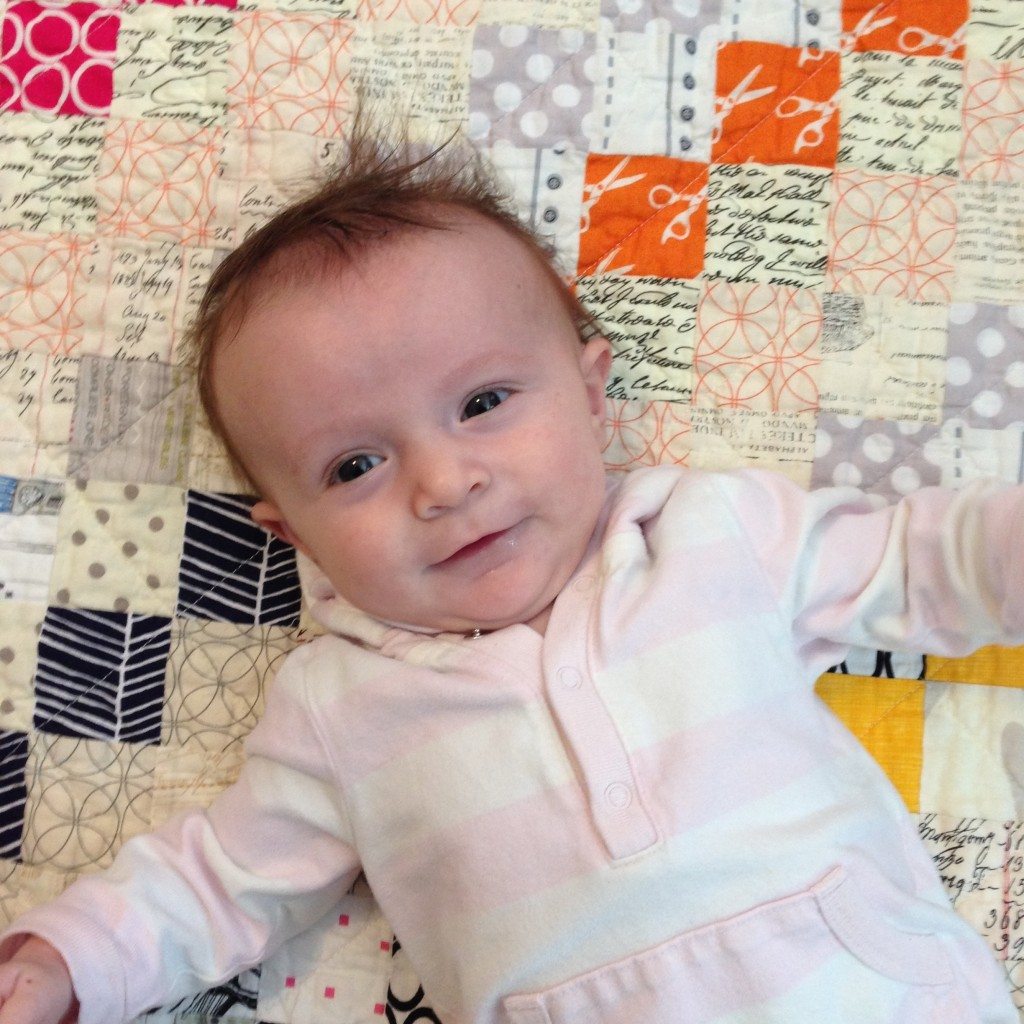 well, she and i are about to pack up and go to a party to celebrate her arrival.
yay!!!

One Reply to “three months”