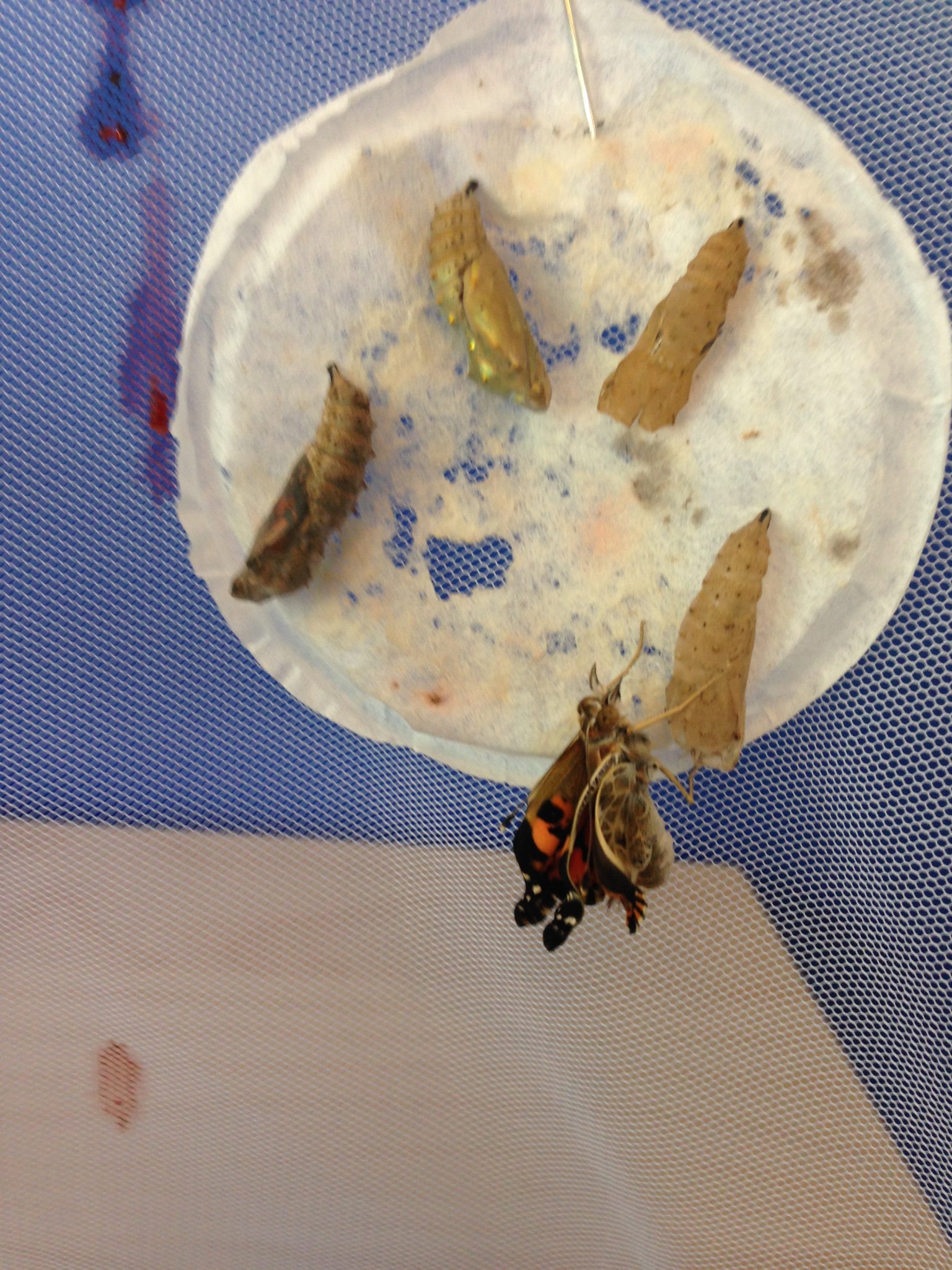 riding the high of our super successful homeschool bee unit, we decided to try our hand at growing some butterflies. my mom had bought isaac the kit a year or so ago, so we ordered our caterpillars and got started.

they came two days later. two jars with five caterpillars each. all the food they would need was provided. we just put them on the counter and watched. 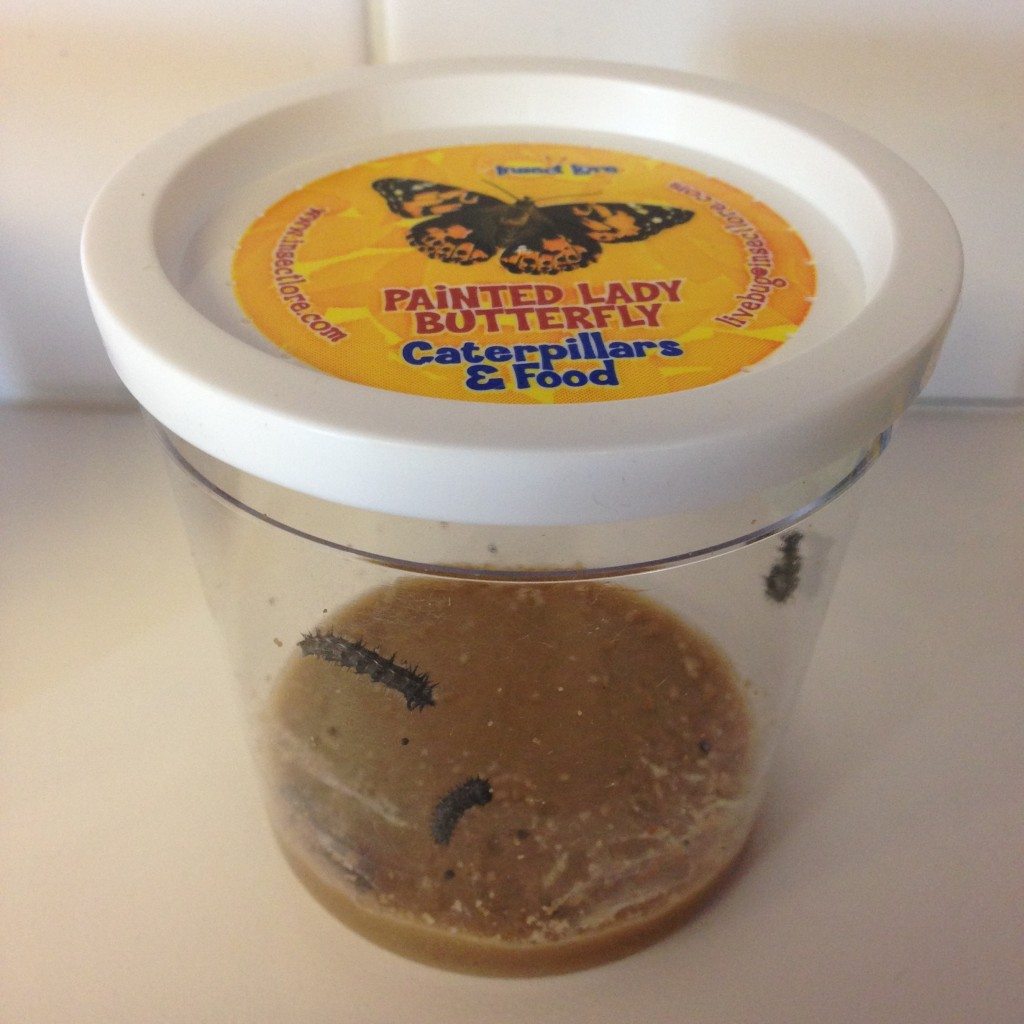 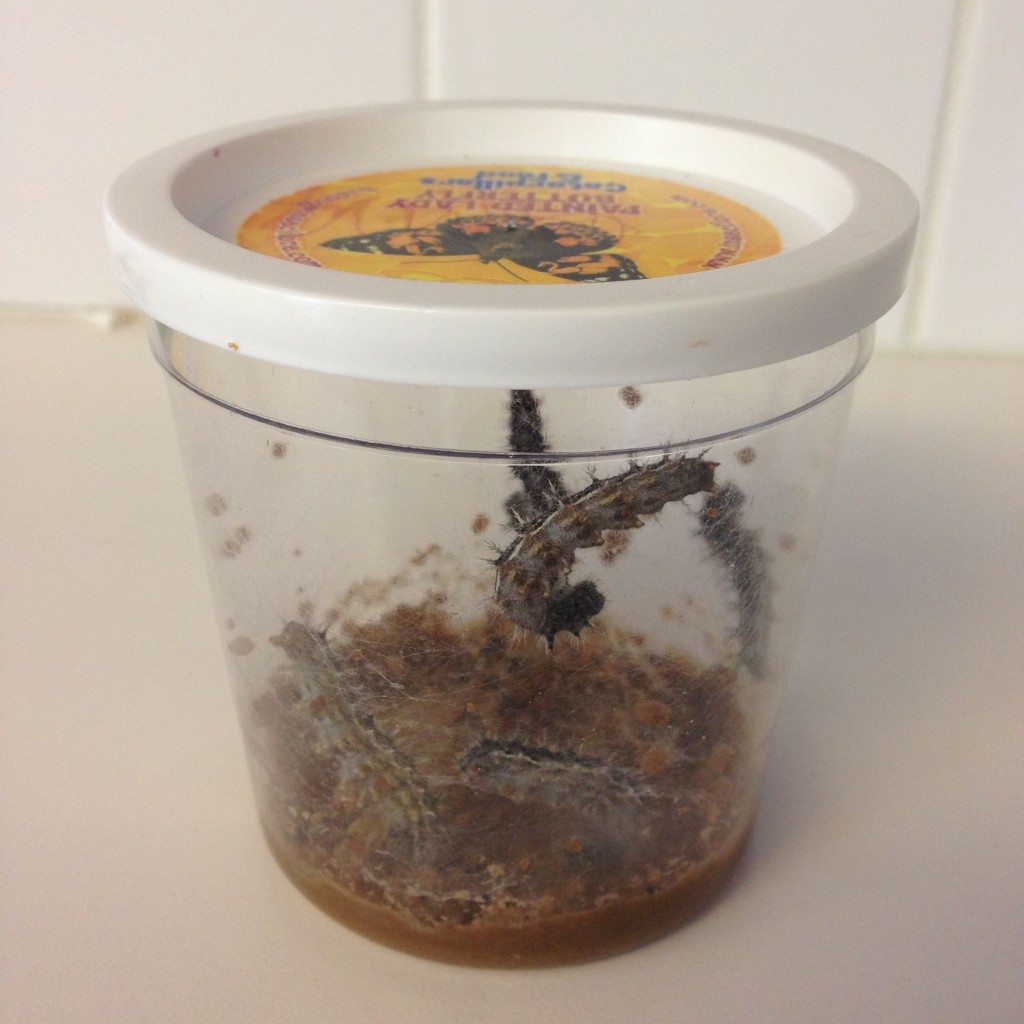 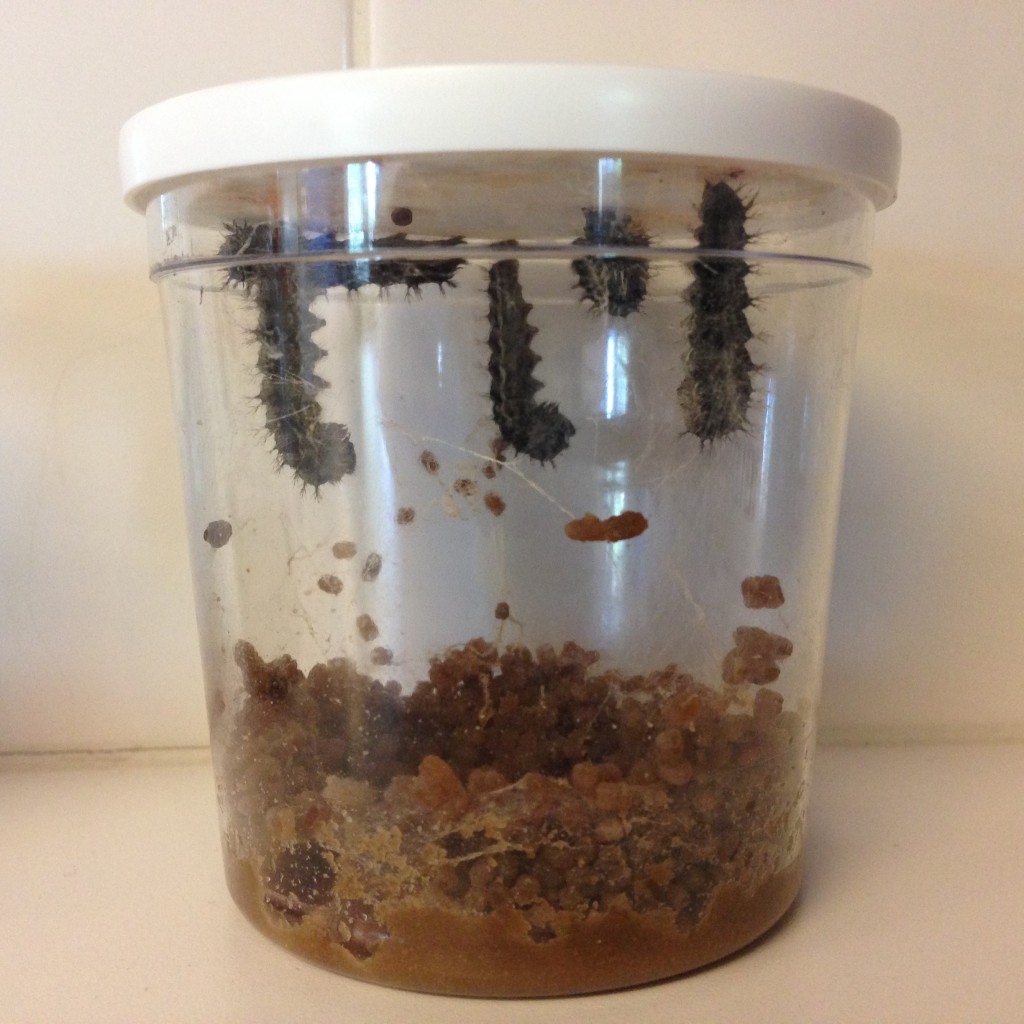 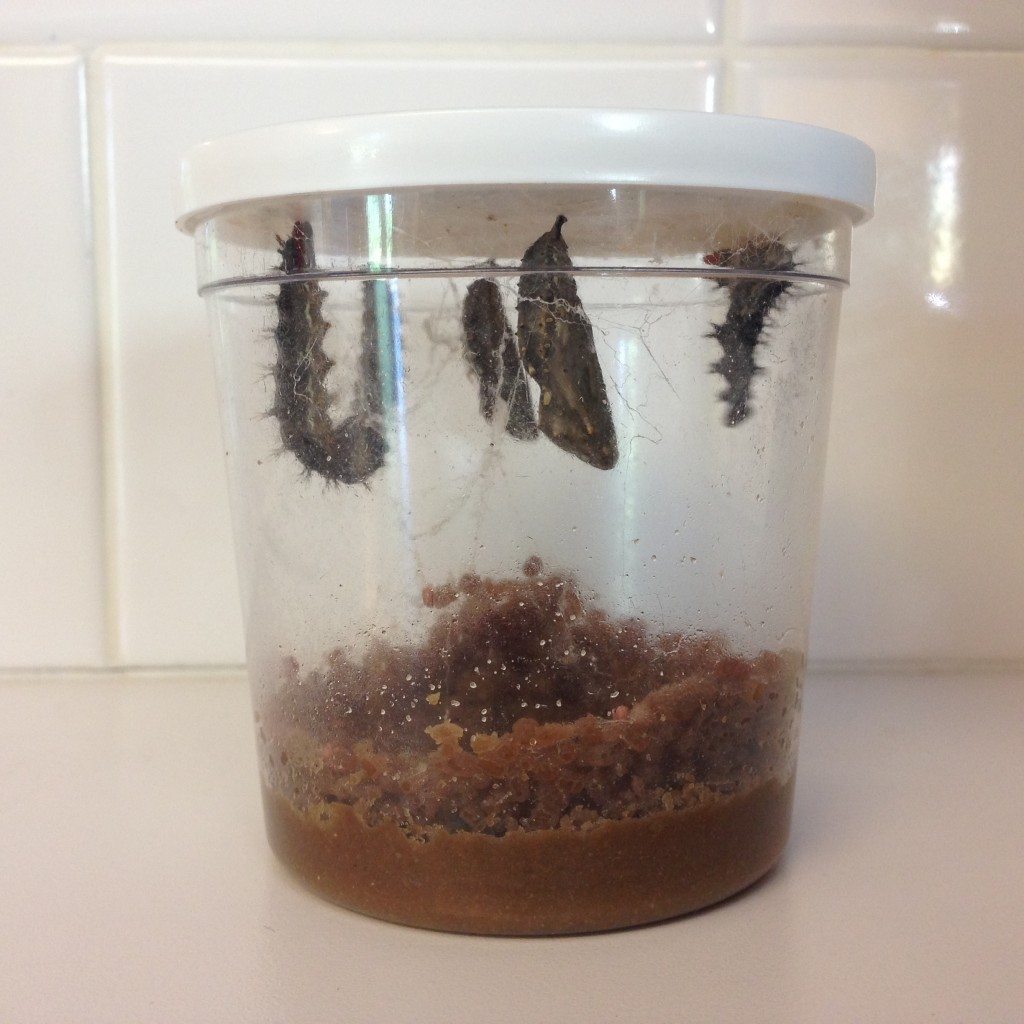 once all the chrysalides were formed, we opened the jars and removed the paper they had attached themselves to, and pinned them to the inside of the butterfly cage. 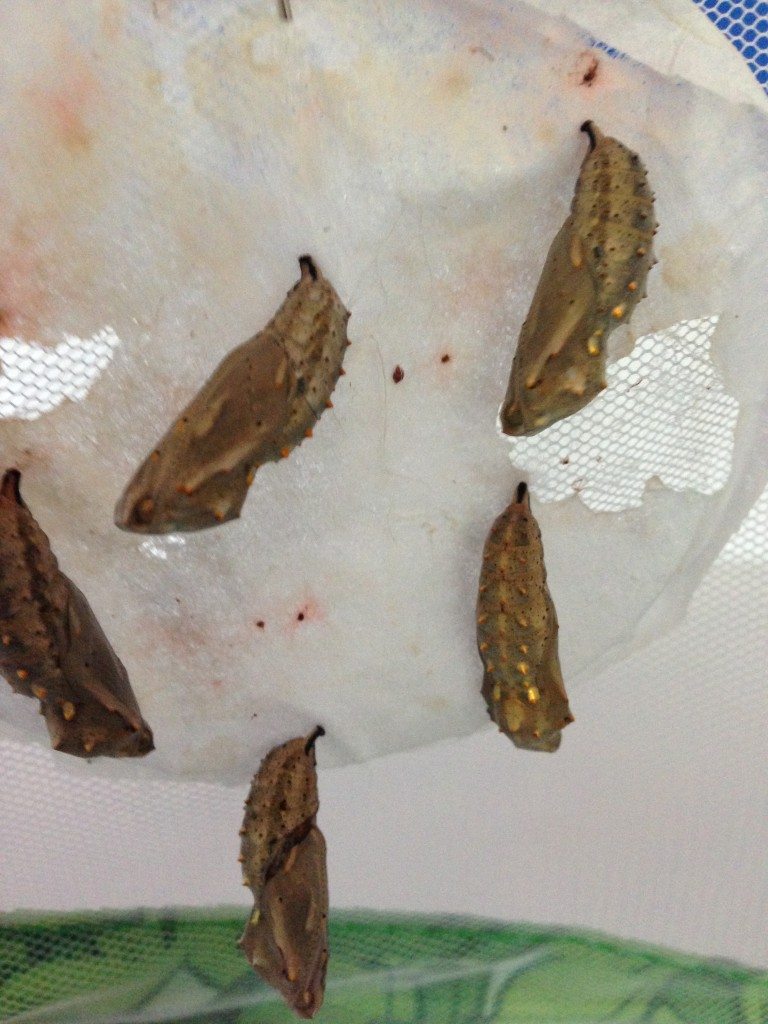 exactly one week later (yesterday), we walked past and noticed that one of the butterflies had emerged. 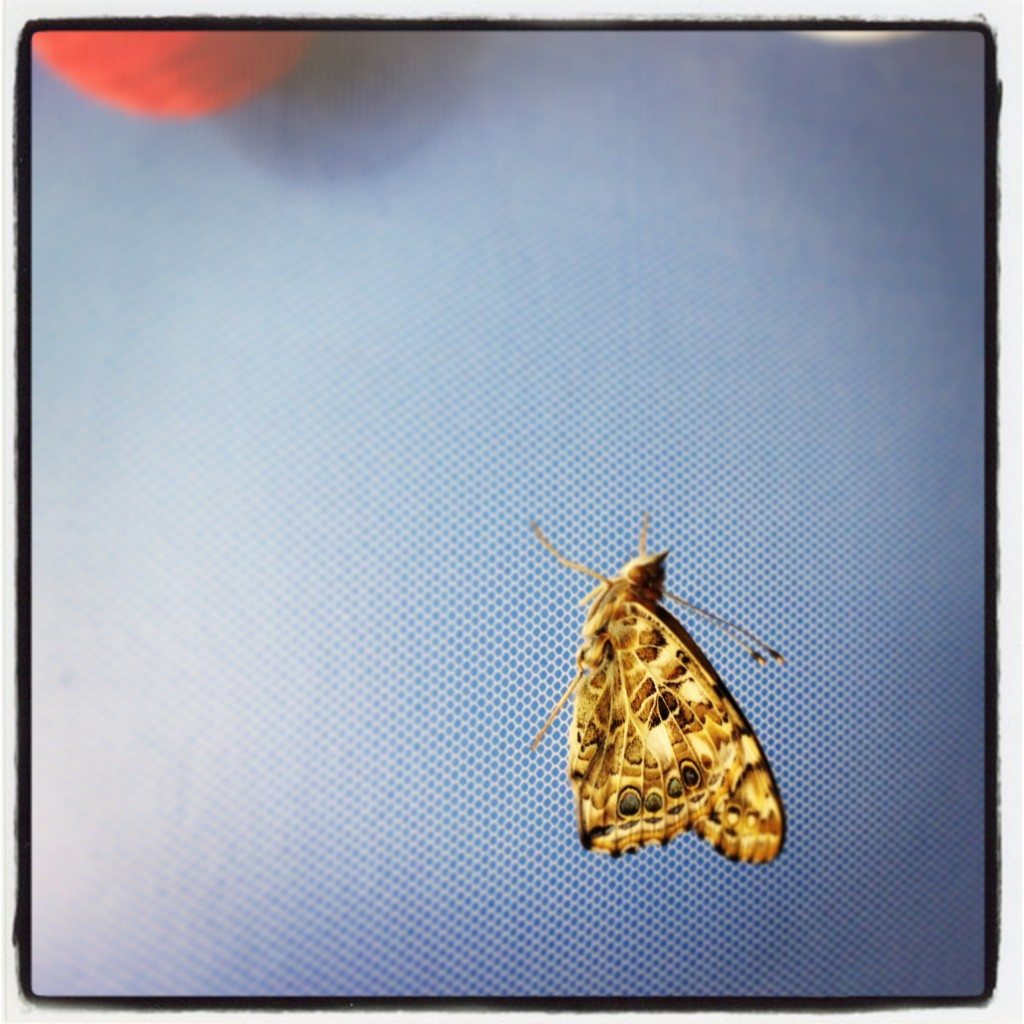 slowly, one by one, they’ve been cracking open and climbing out. it’s so cool. the kids have been mesmerized. (admittedly, so have derek and i). 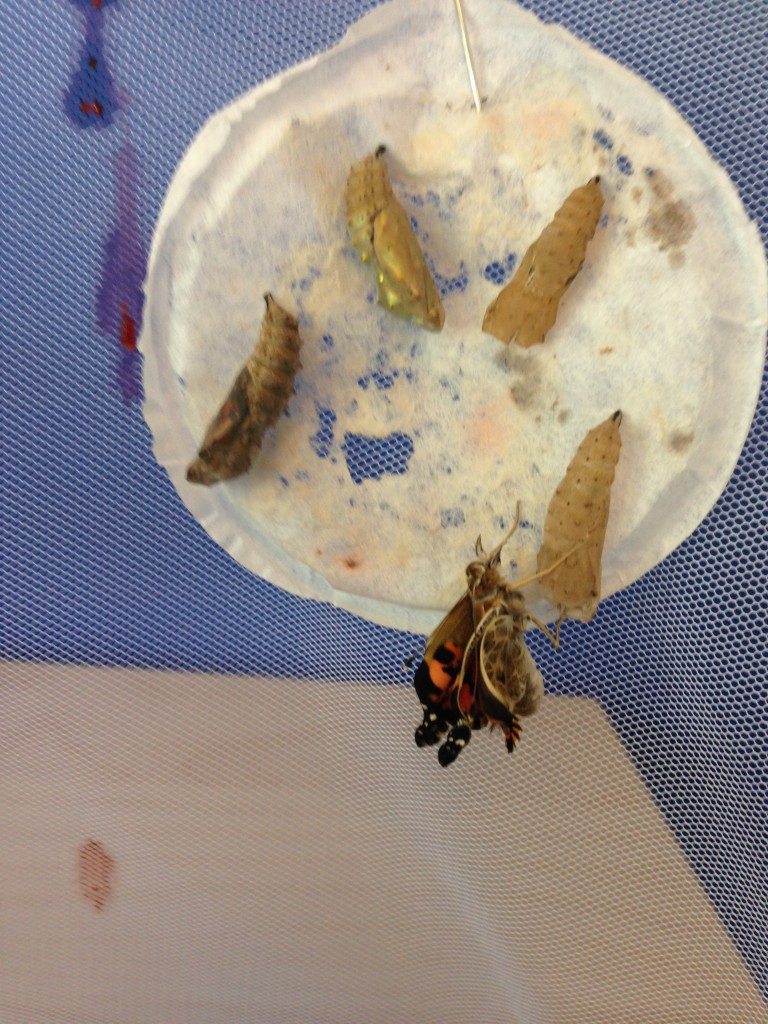 they are quite pretty. 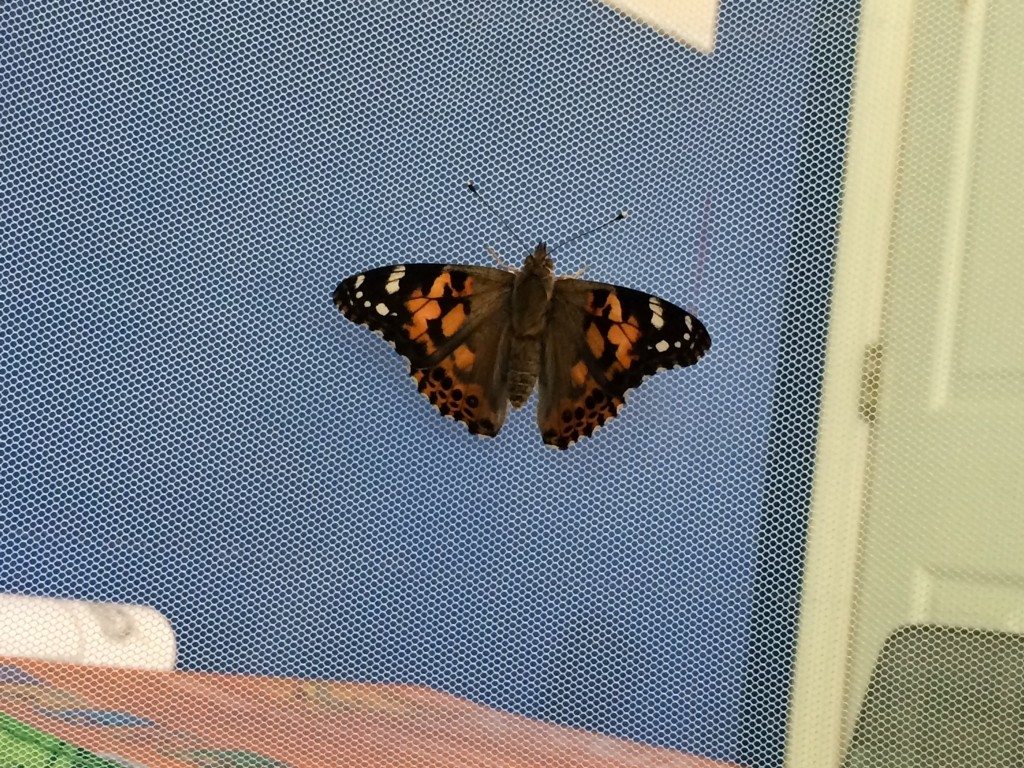 after the last one emerged today, we waited a few hours for it to build it’s strength and then set them free… 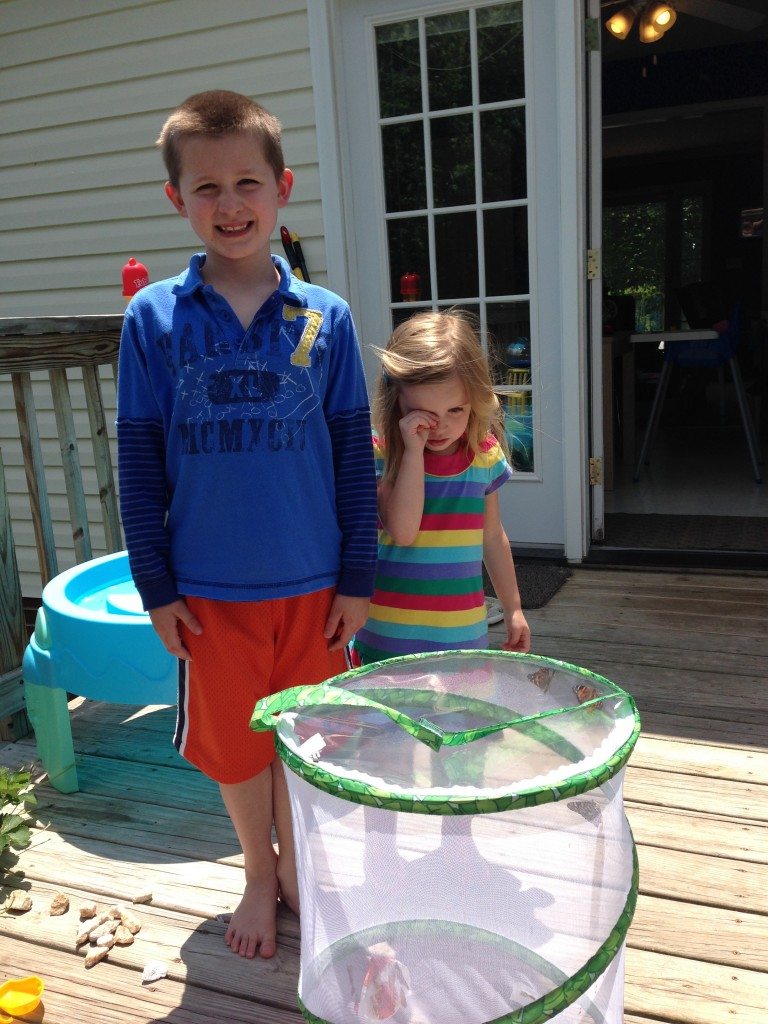 i tried to catch them flying out, but this was the best i got. they left one at a time. 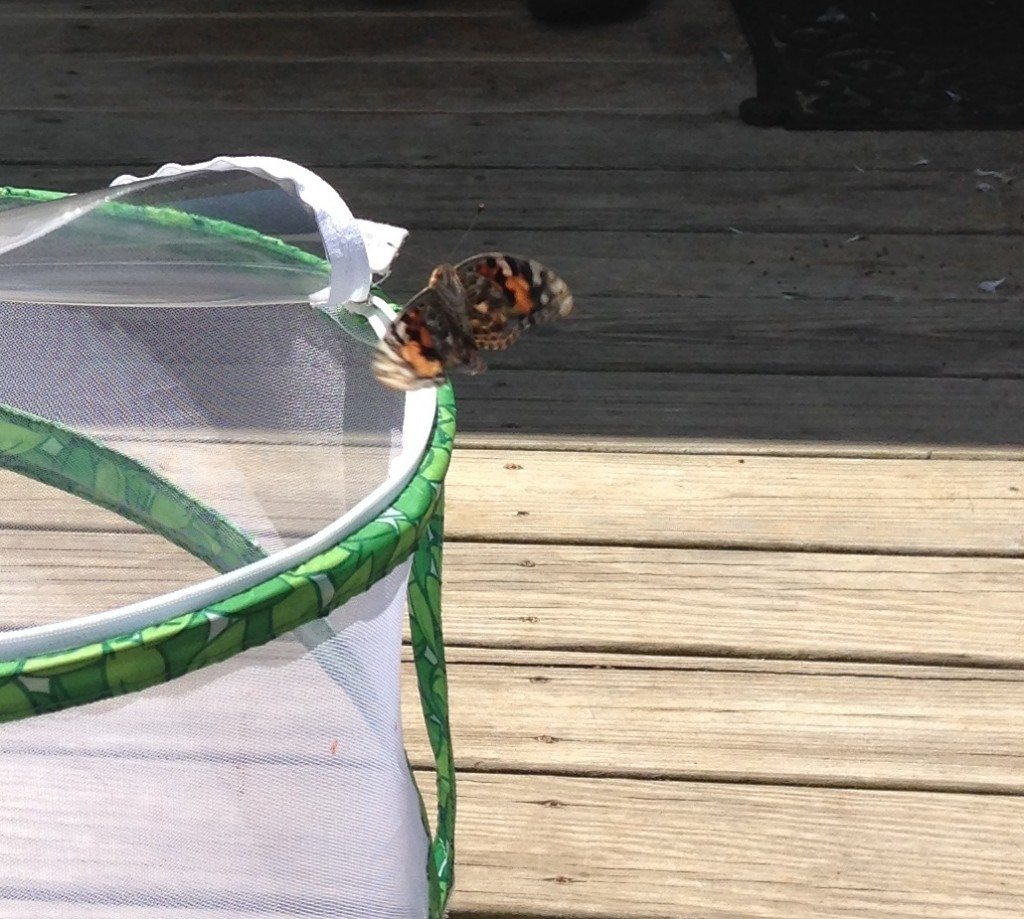 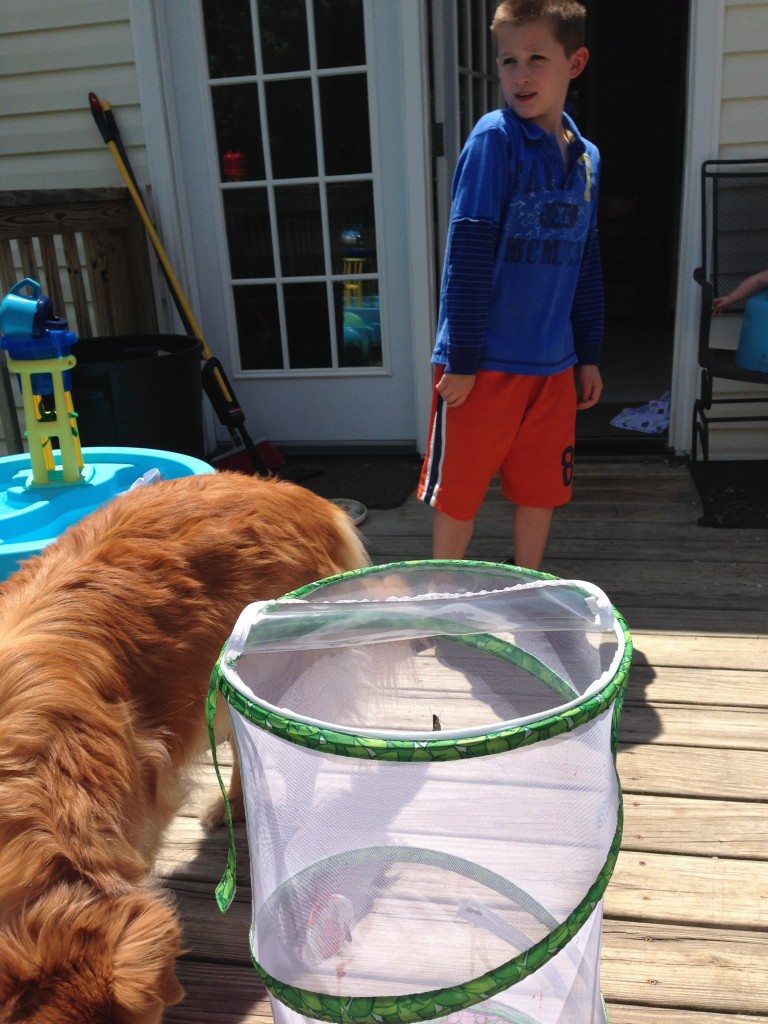 the last one stopped and hung out on the lid for awhile. i suspect this was the last one to emerge from the chrysalid and it wasn’t quite ready to fly off. but, he (she?) eventually did. and that’s the end of the caterpillar to butterfly metamorphosis unit. (except for a possible trip to the conservatory). 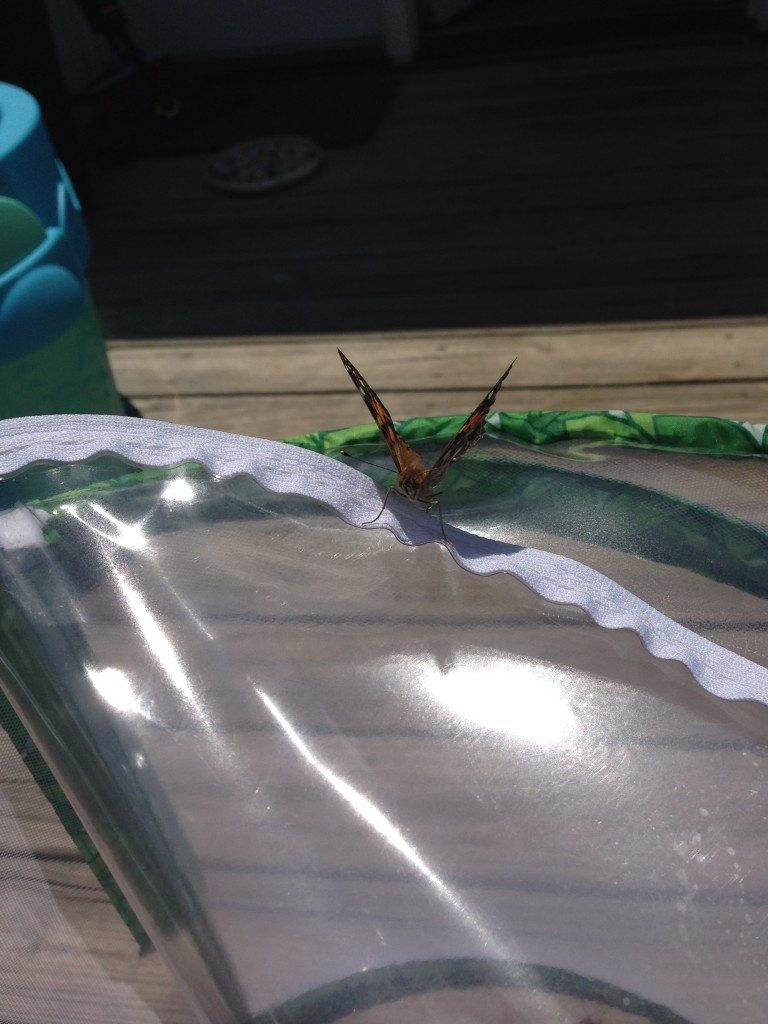 i definitely give my stamp of approval to the insect lore butterfly garden. it made everything so easy. we will definitely try one of their other products in the future. and i’m not even being paid to say this. 🙂

One Reply to “the metamorphosis of the painted lady.”