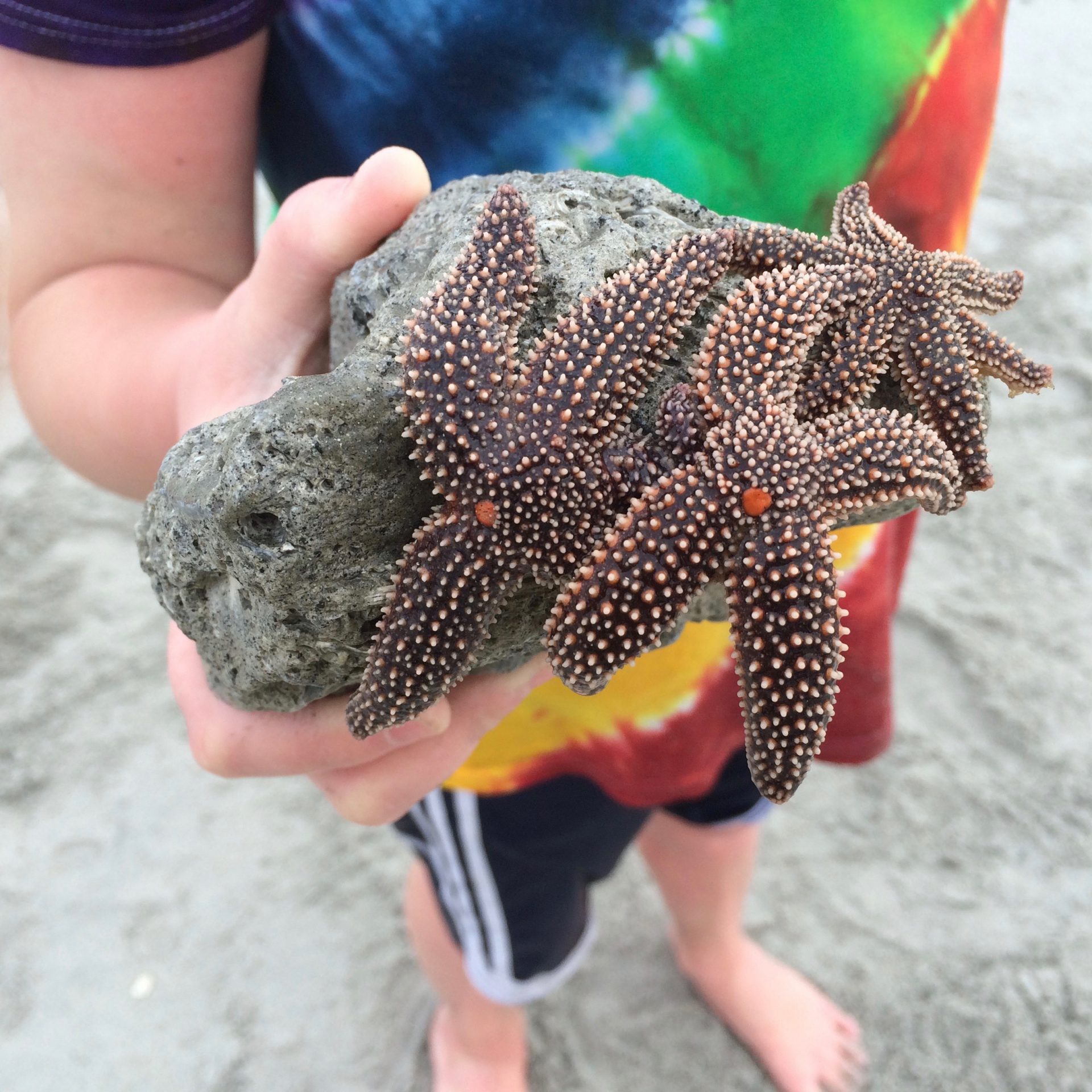 ok. i’m going to attempt to get this blog up to date. starting with last monday and tuesday. in charleston. i left off with a miserable annababy. well, she wasn’t getting any better. high fever. symptoms very similar to hazel’s when she had the UTI at christmas. she was ultra miserable. 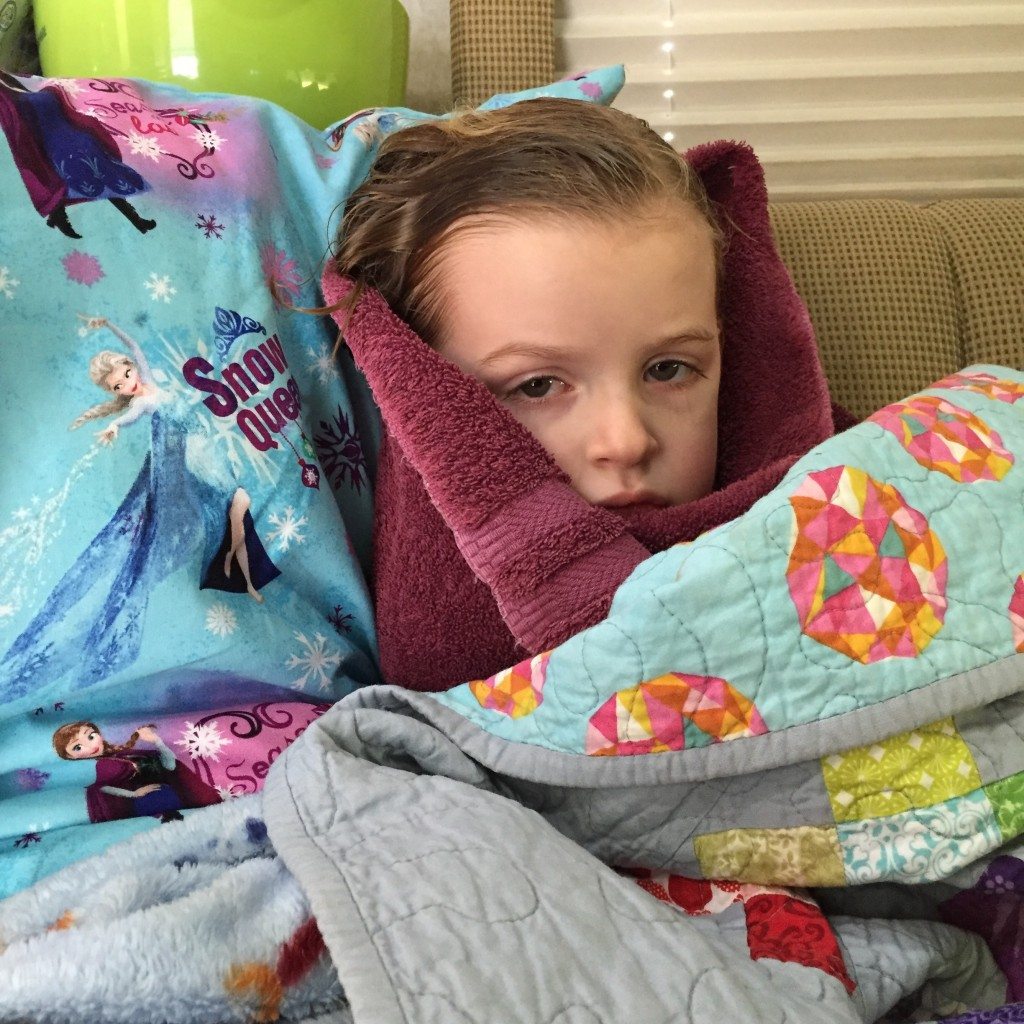 we found a pediatrician in the area and off we went. of course, when we got there, she was in good spirits, so i was worried we would get blown off (like at the ER with hazel), but the doctor was very sweet and quickly diagnosed anna with a “rip roarin’ UTI” and sent us off with a prescription for an antibiotic and we all breathed a sigh of relief. 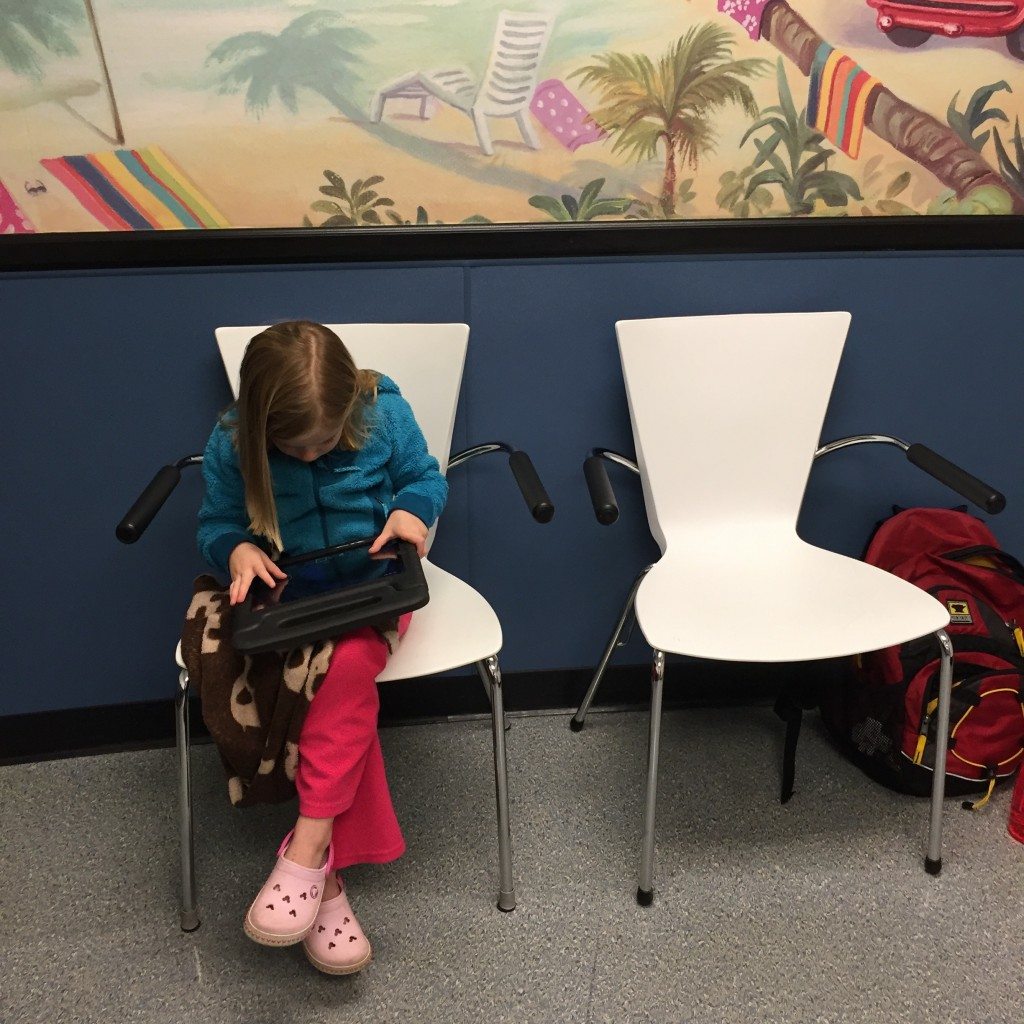 back at the campsite, and feeling better, we were visited by our duck friends, so we happily fed them some old bread. 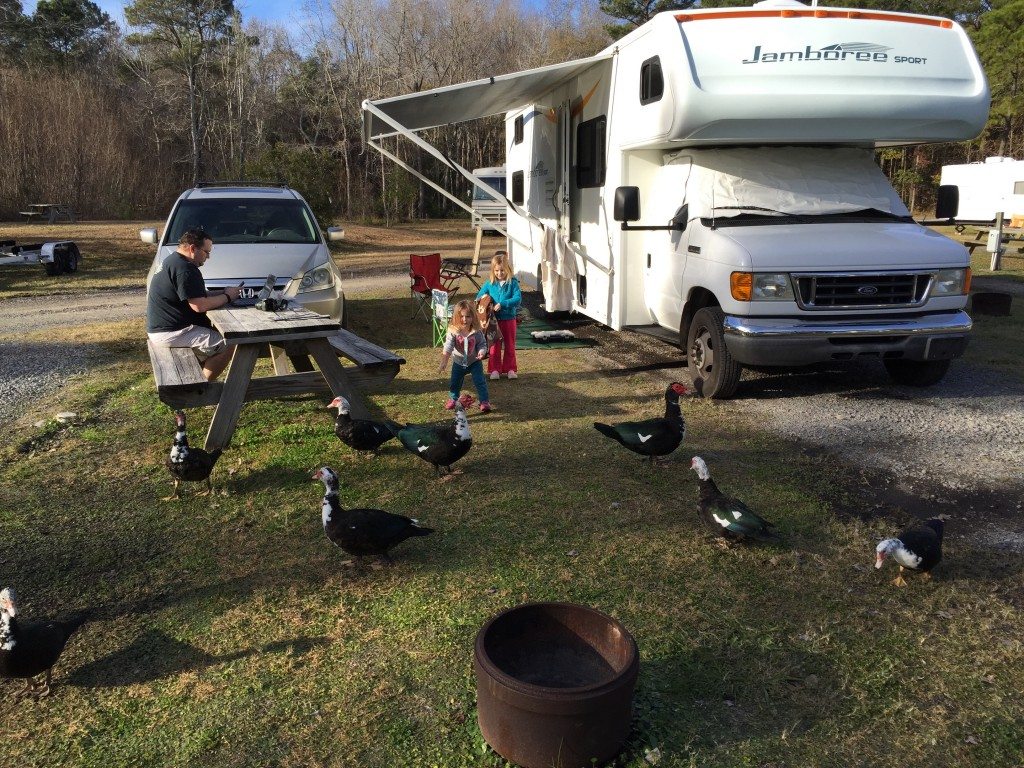 these ducks were really weird. kind of like turkey ducks. 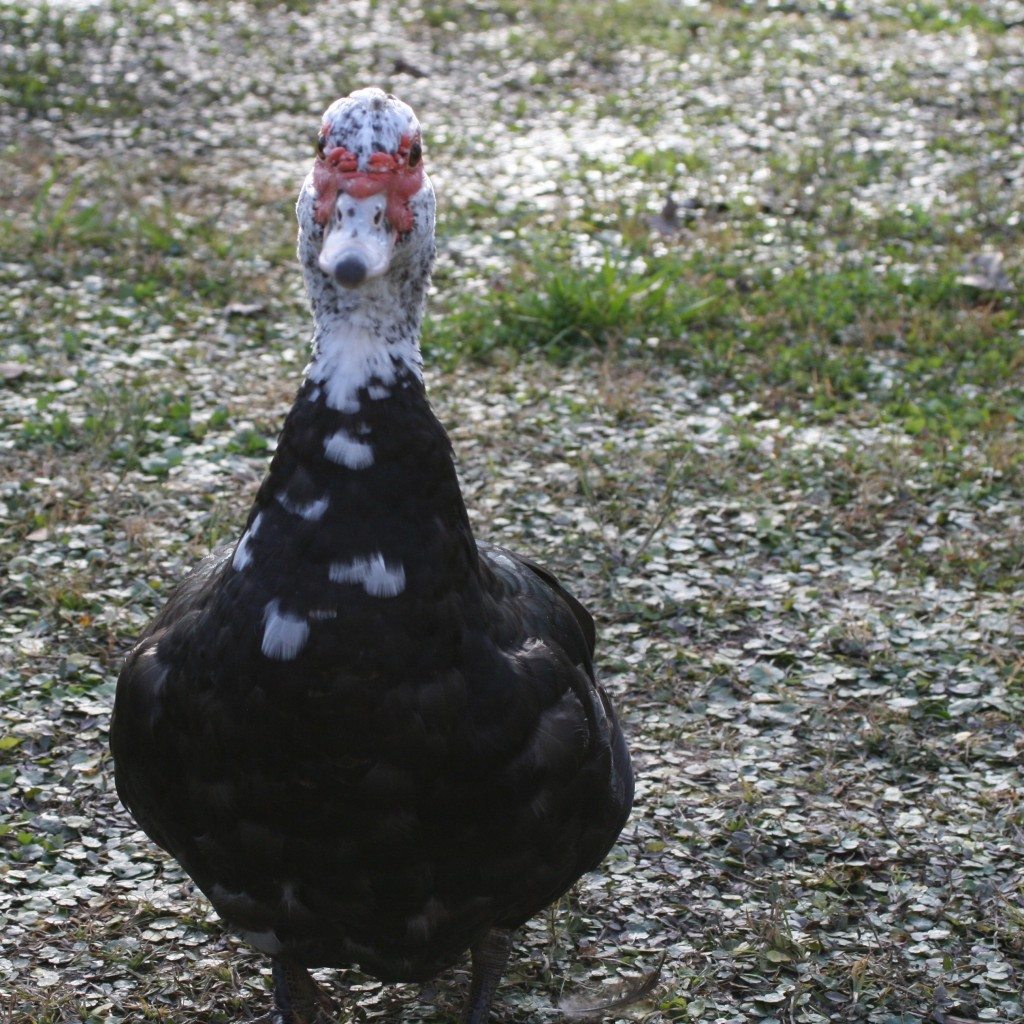 derek introduced isaac to the technological wonders of the walkie talkie and he spent hours roaming the campsite, narrating his whereabouts to us. 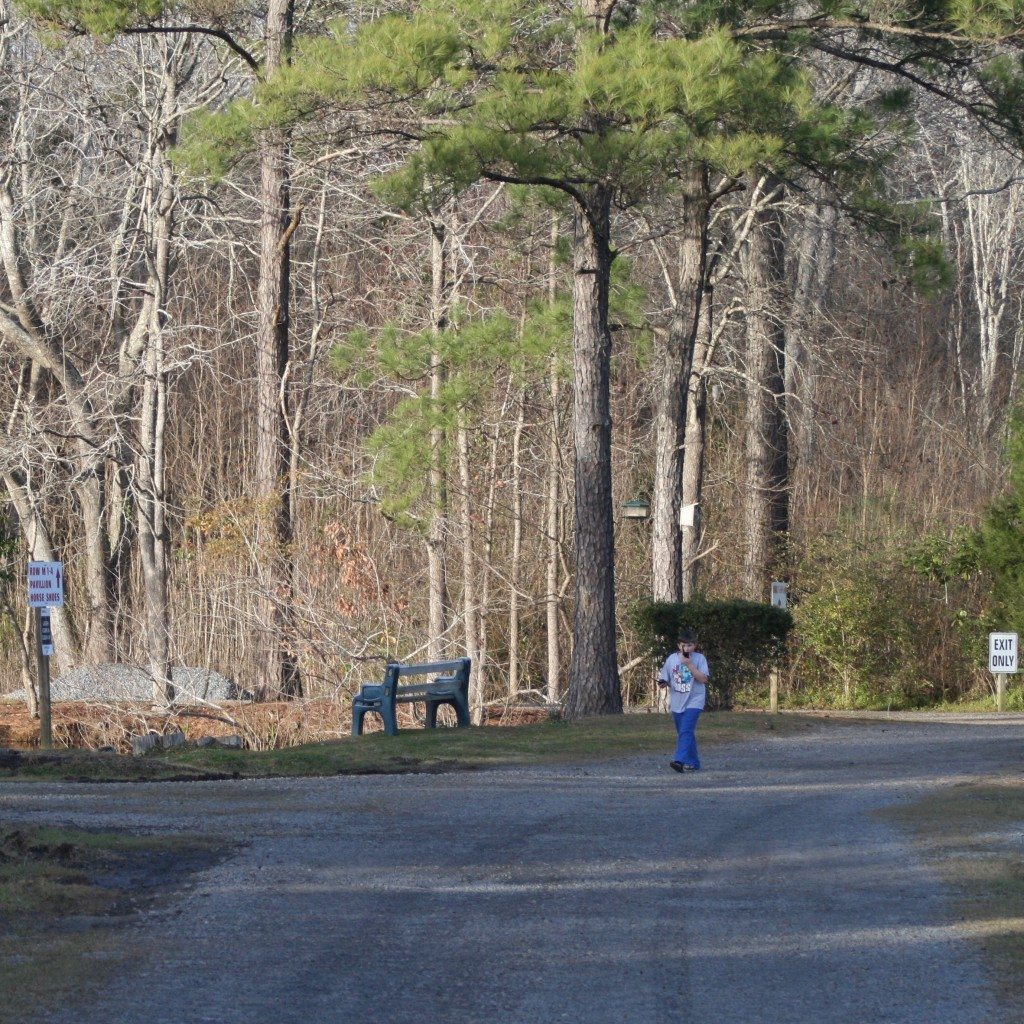 on tuesday, we finally did a little bit of school and then planned to meet our old winston-salem pal, judy kessinger, at folly beach. anna had been doing great all morning, but as soon as we got to the beach, she started to feel bad. thankfully, she was a trooper and was willing to bundle up and let the rest of us run around and visit a bit. 🙁 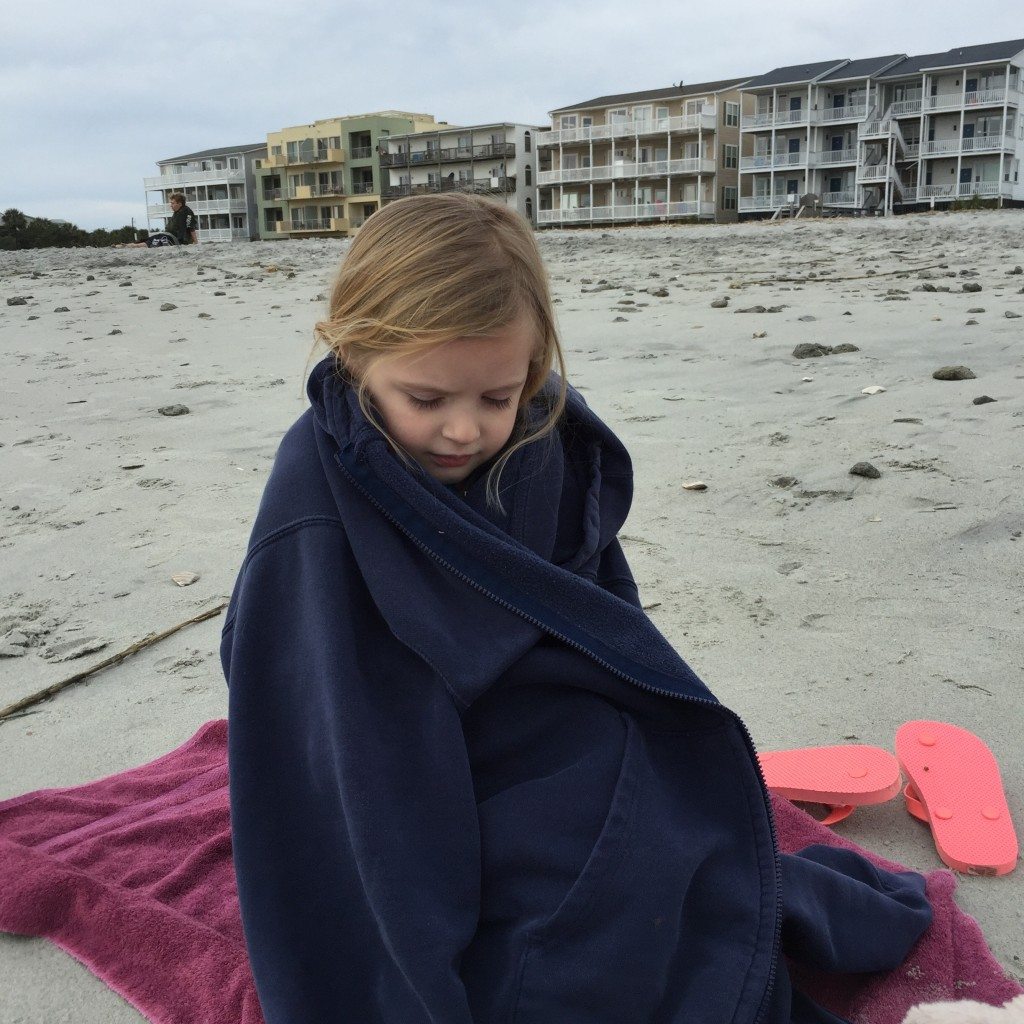 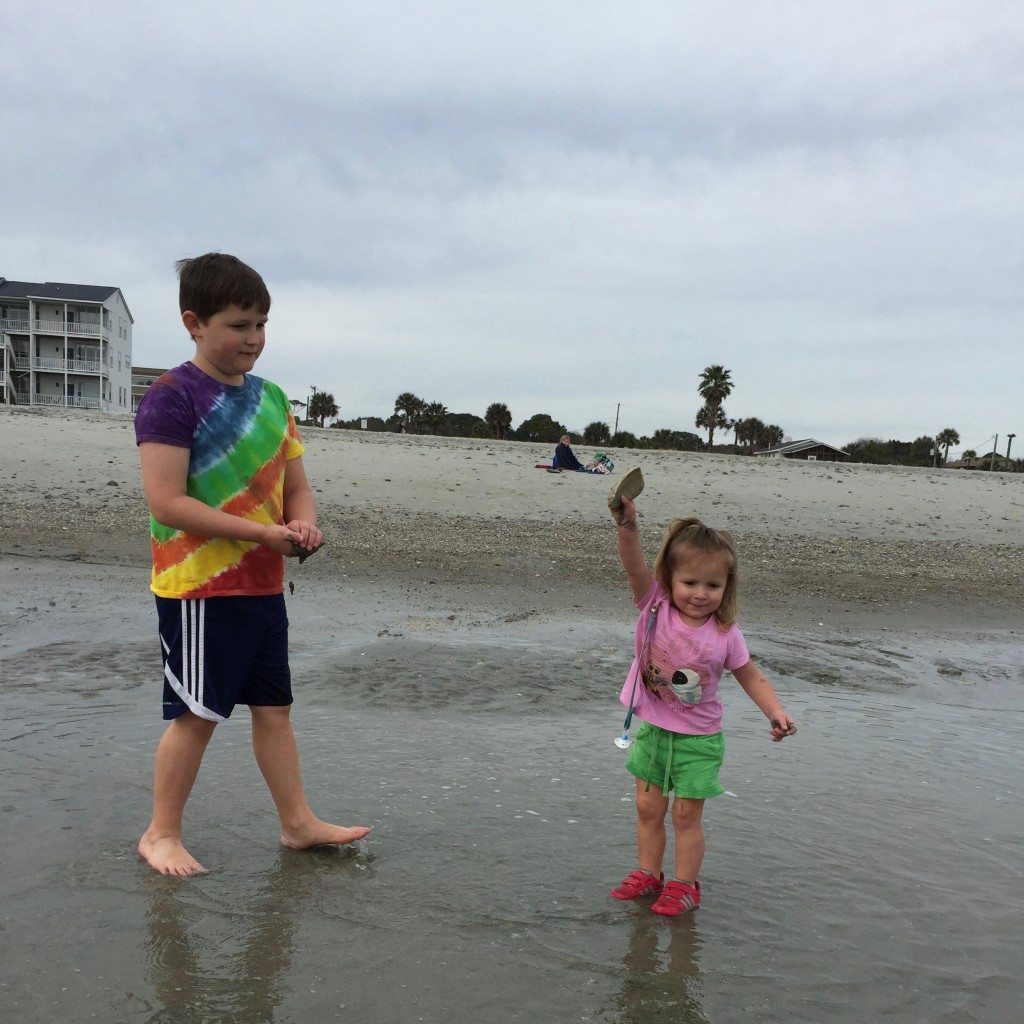 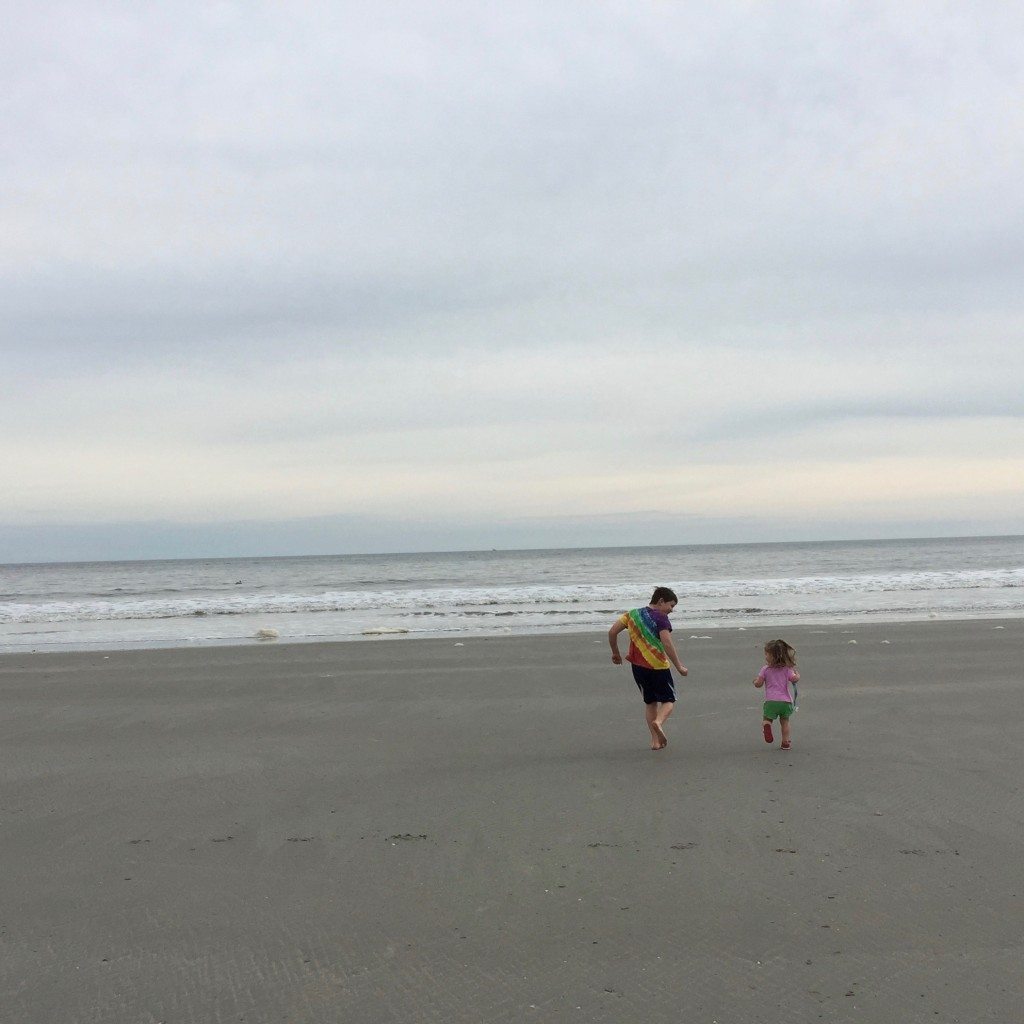 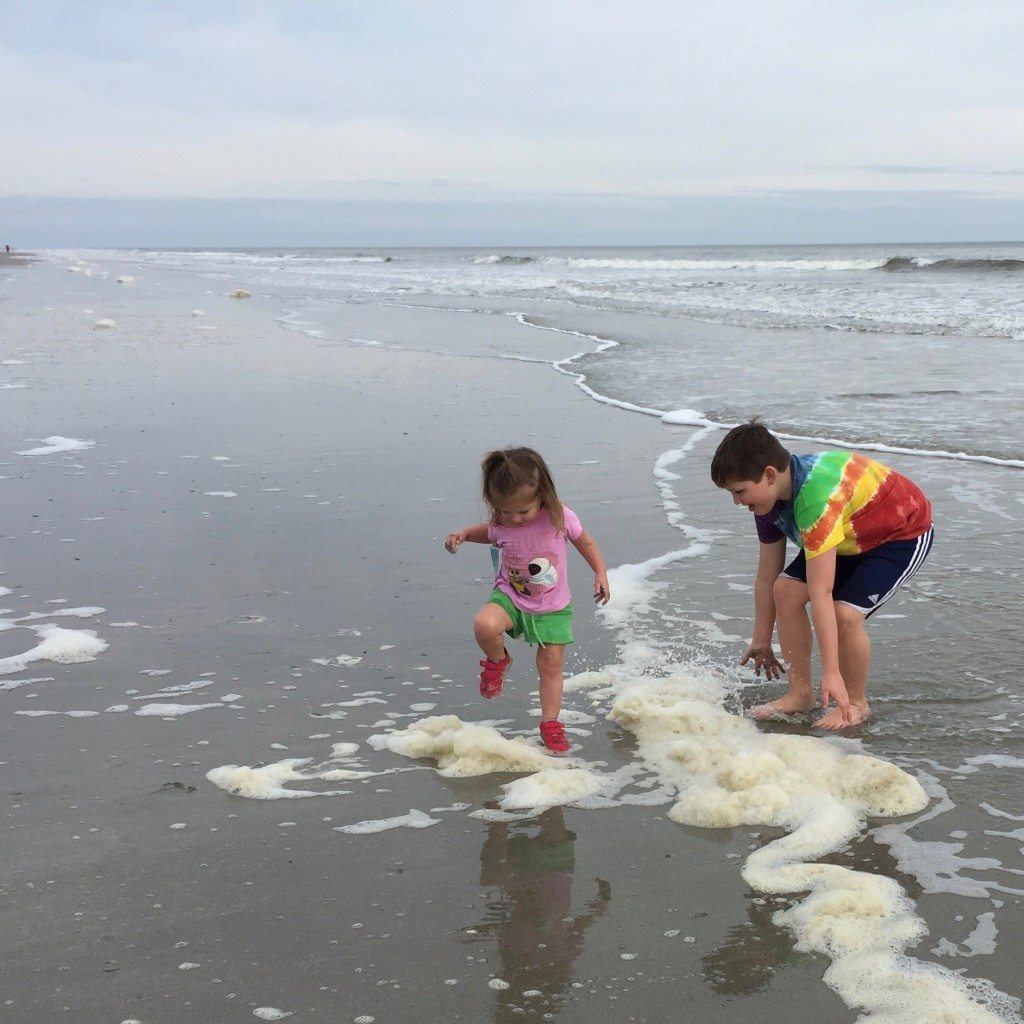 it was very chilly so i wasn’t planning on swimming. maybe just some dipping toes in the shallow waves. but, this kid was all in. soaking wet and making me cold to look at him. 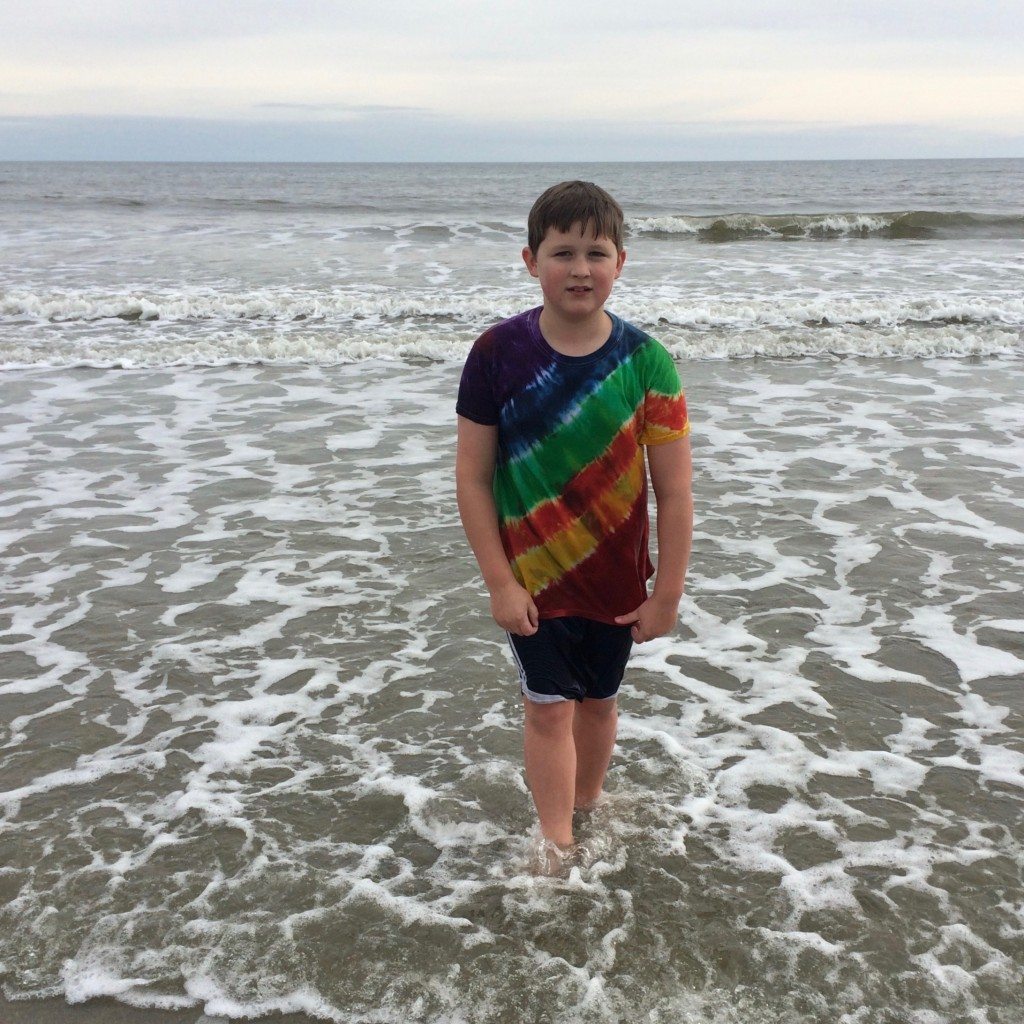 i went to check on anna and turned around to find hazel clutching a starfish. 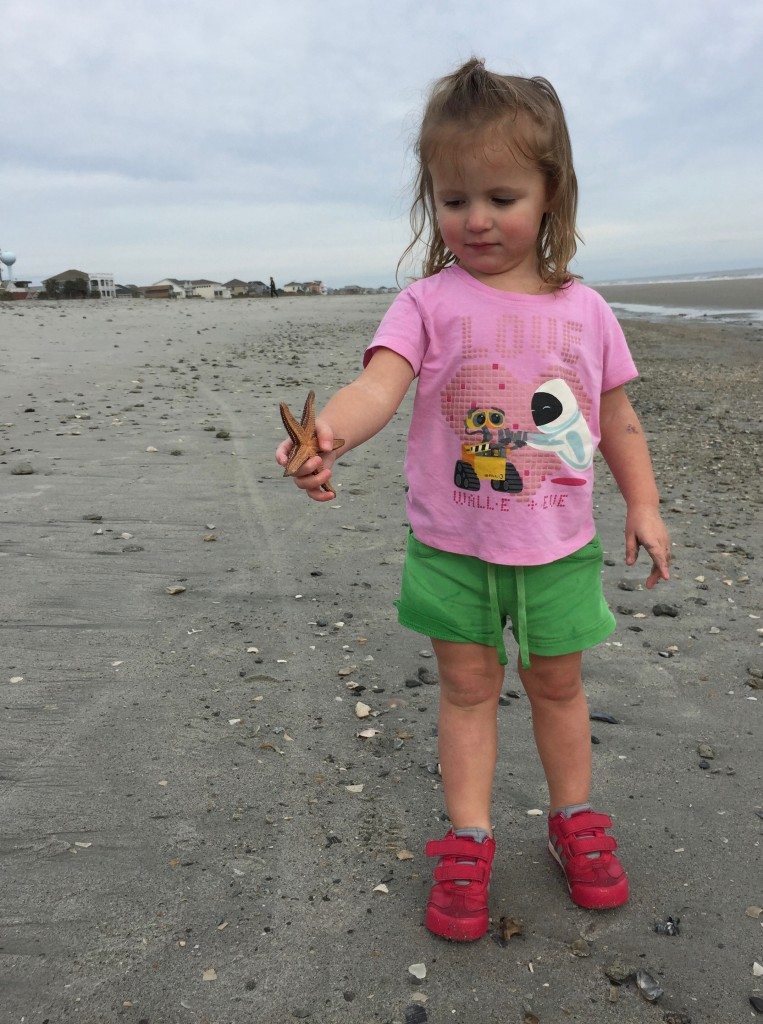 i was pretty impressed, thinking that she had luckily happened upon a random starfish and managed to pluck it out. 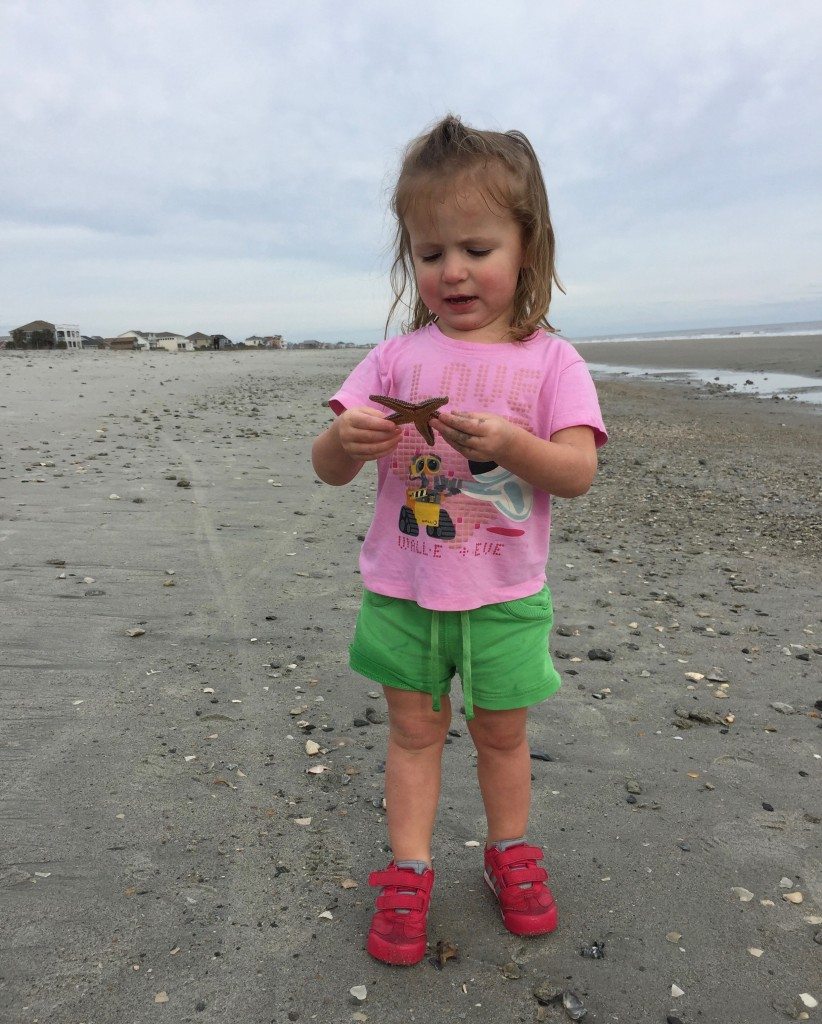 but it turns out, there were hundreds of them in the tidal pool and there was no luck on her side after all. and i’m sure the starfish was feeling like luck was NOT on his side. 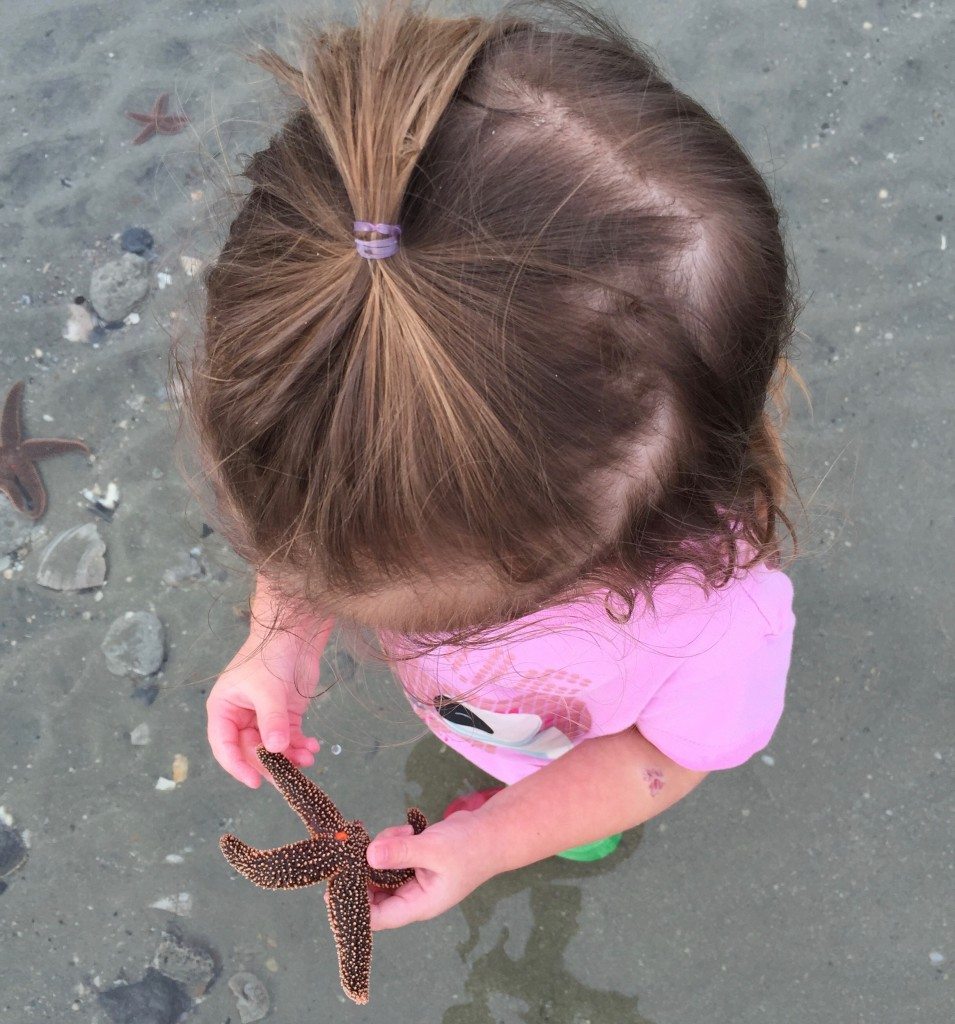 we found so many. there were some with missing legs or half grown back legs. or this mutant starfish, with a 6th leg. i like to think he was an asterisk fish. hahahhaa. i’m hilarious. 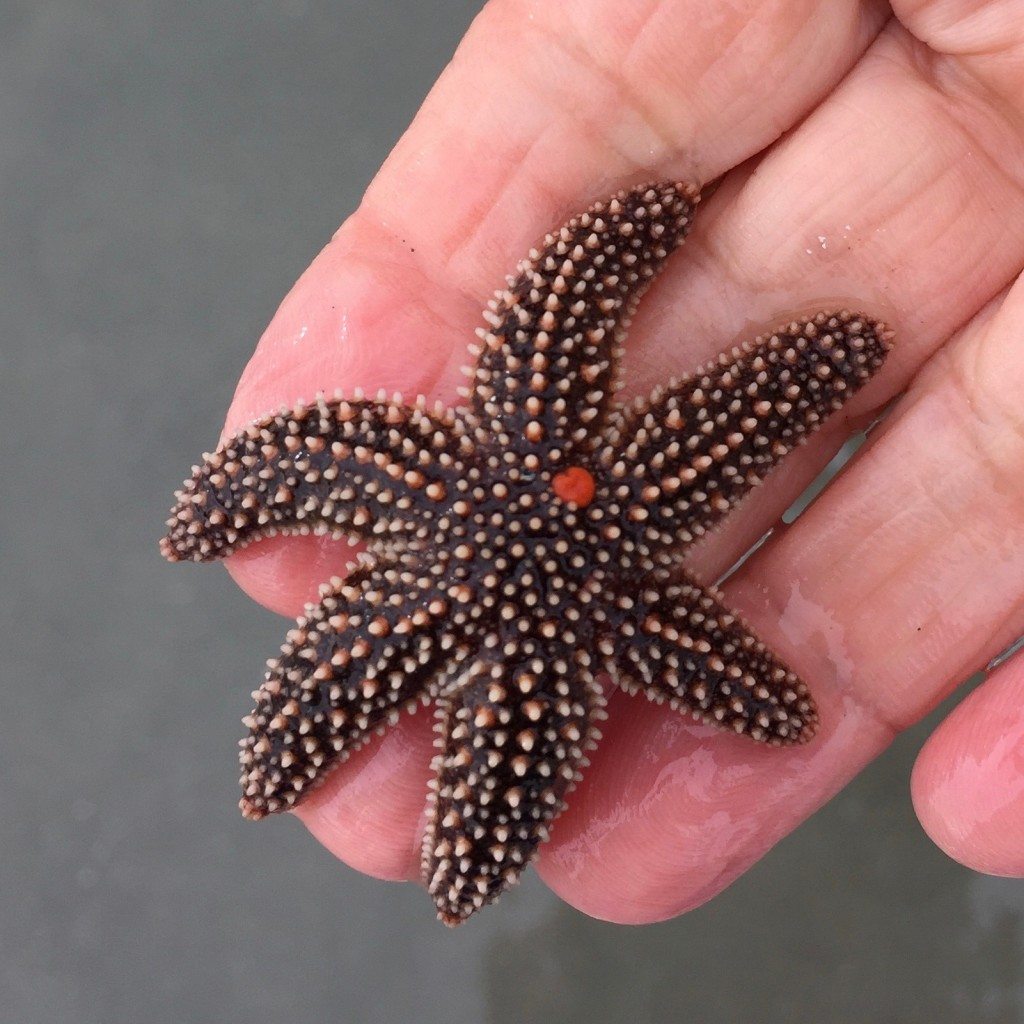 we checked out the wiggly tentacle-y legs on the underside. 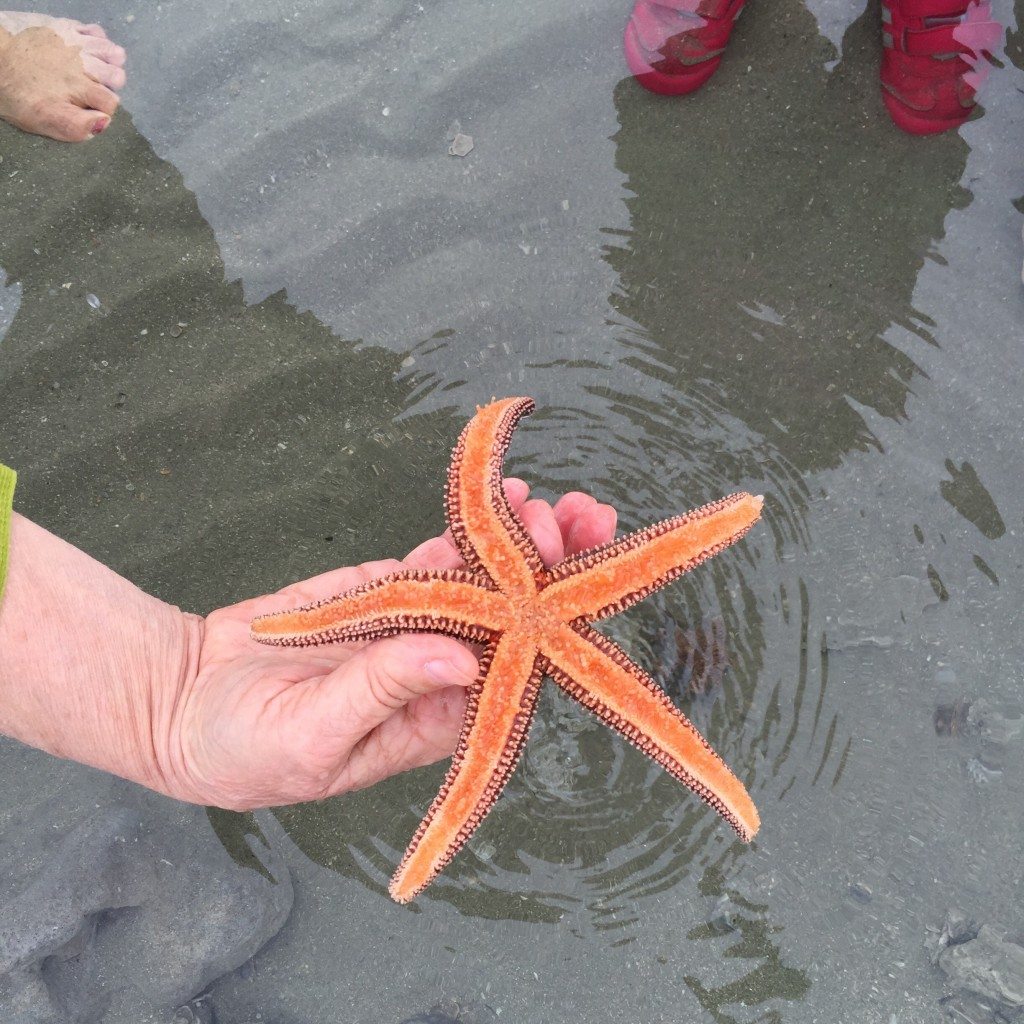 did i mention there were tons of them? 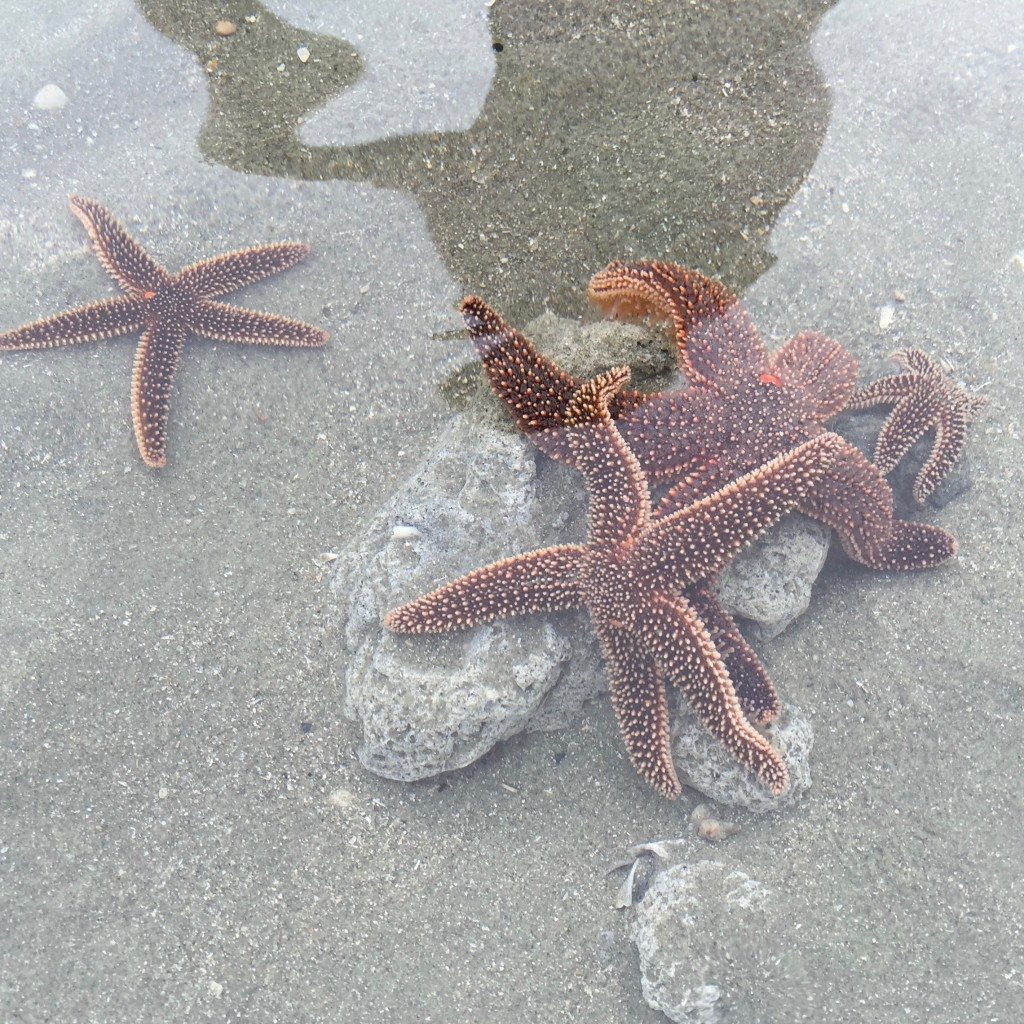 it was pretty cool. even isaac got in on the action and he’s a world famous non-animal-toucher. 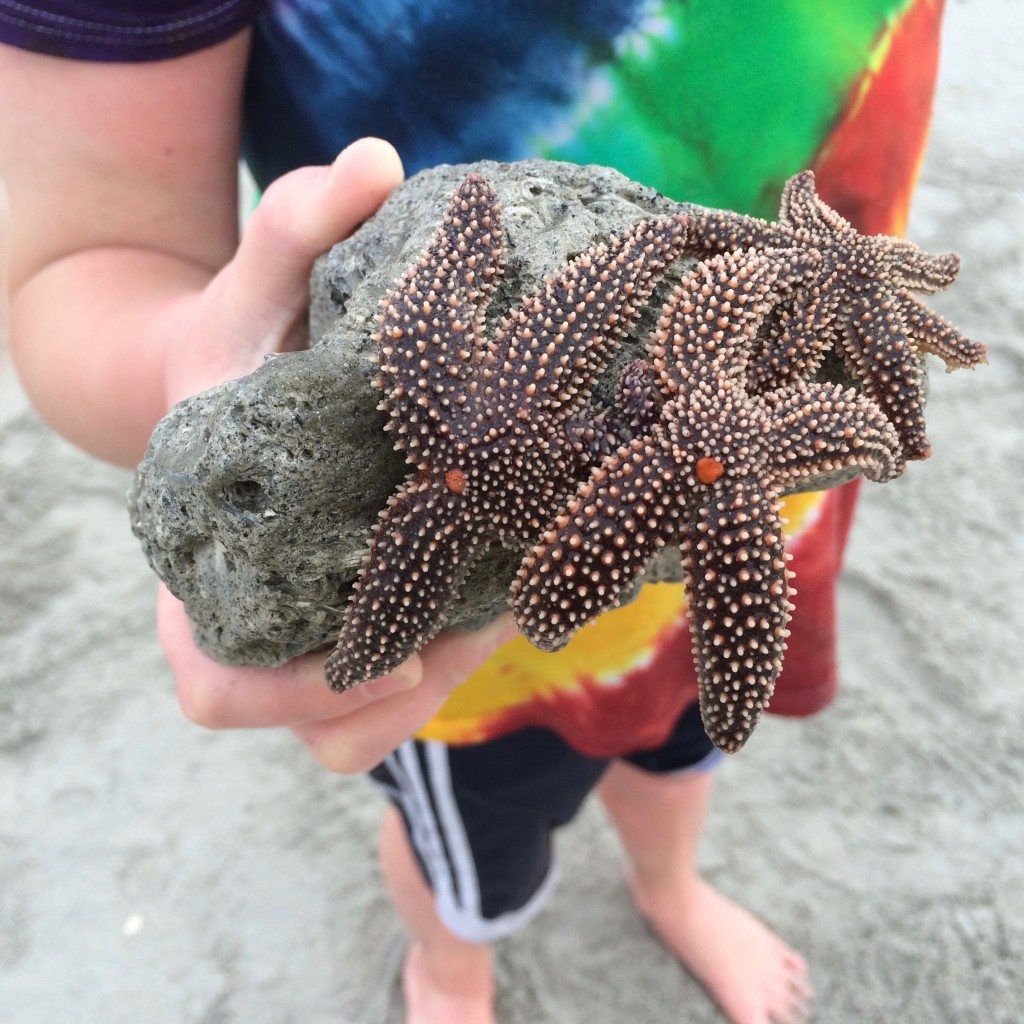 in other sea life news, we also found this giant conch shell. 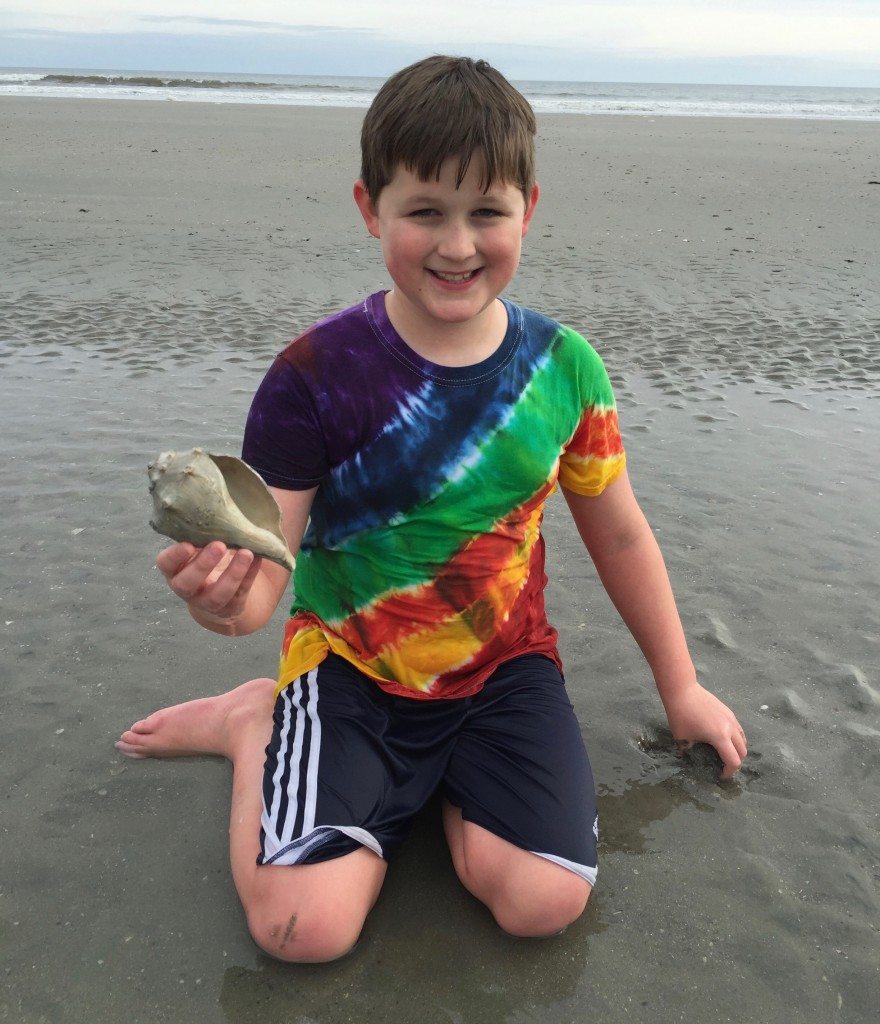 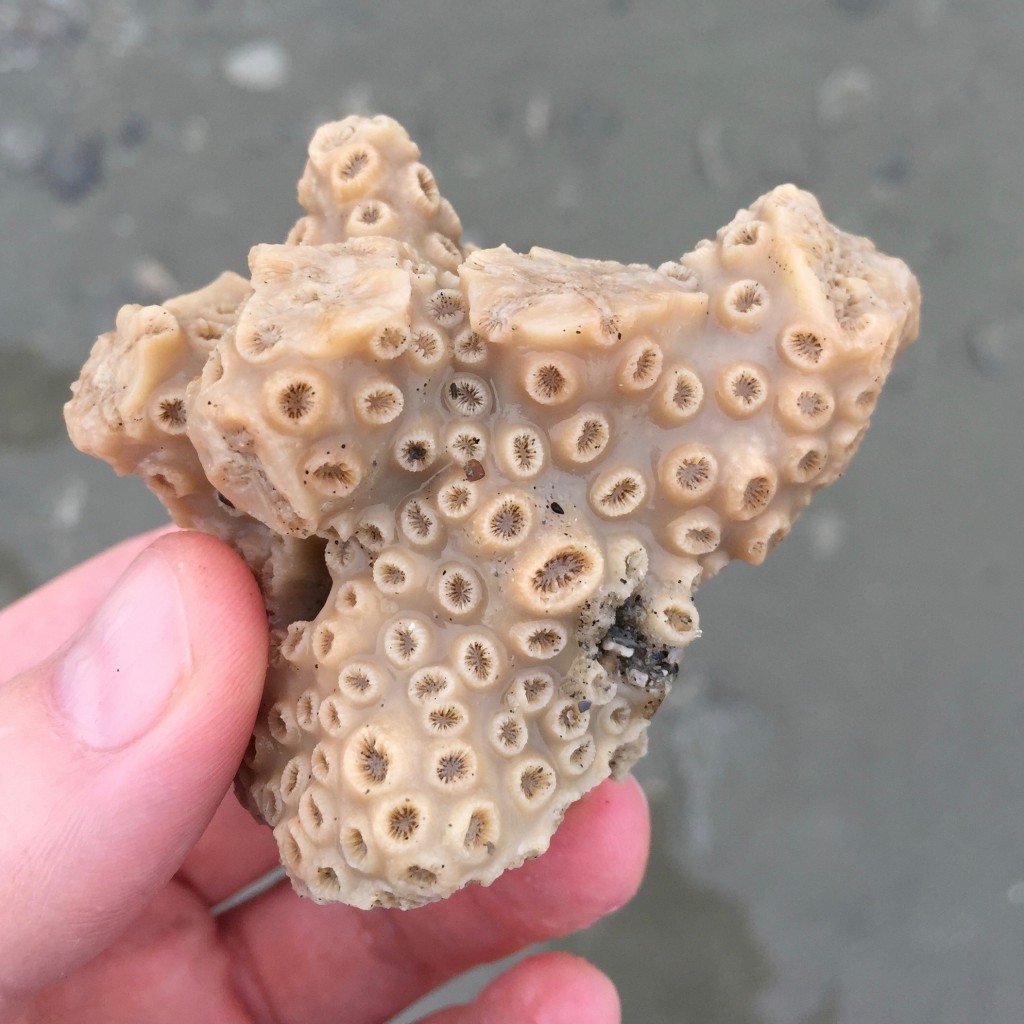 we wound up layering up the annababy with all of the hoodies we had. and she was still miserable. so, we finally packed it up and headed out. 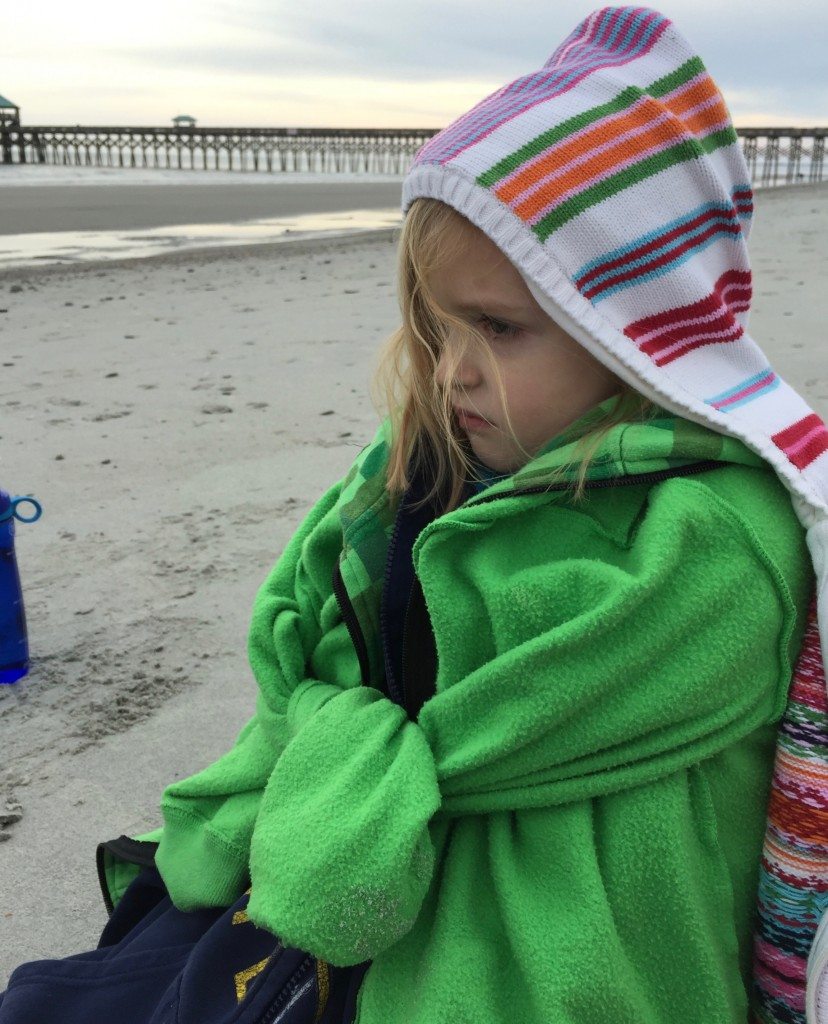 judy took a family pic for us on the way out. all of the faces are my favorite. 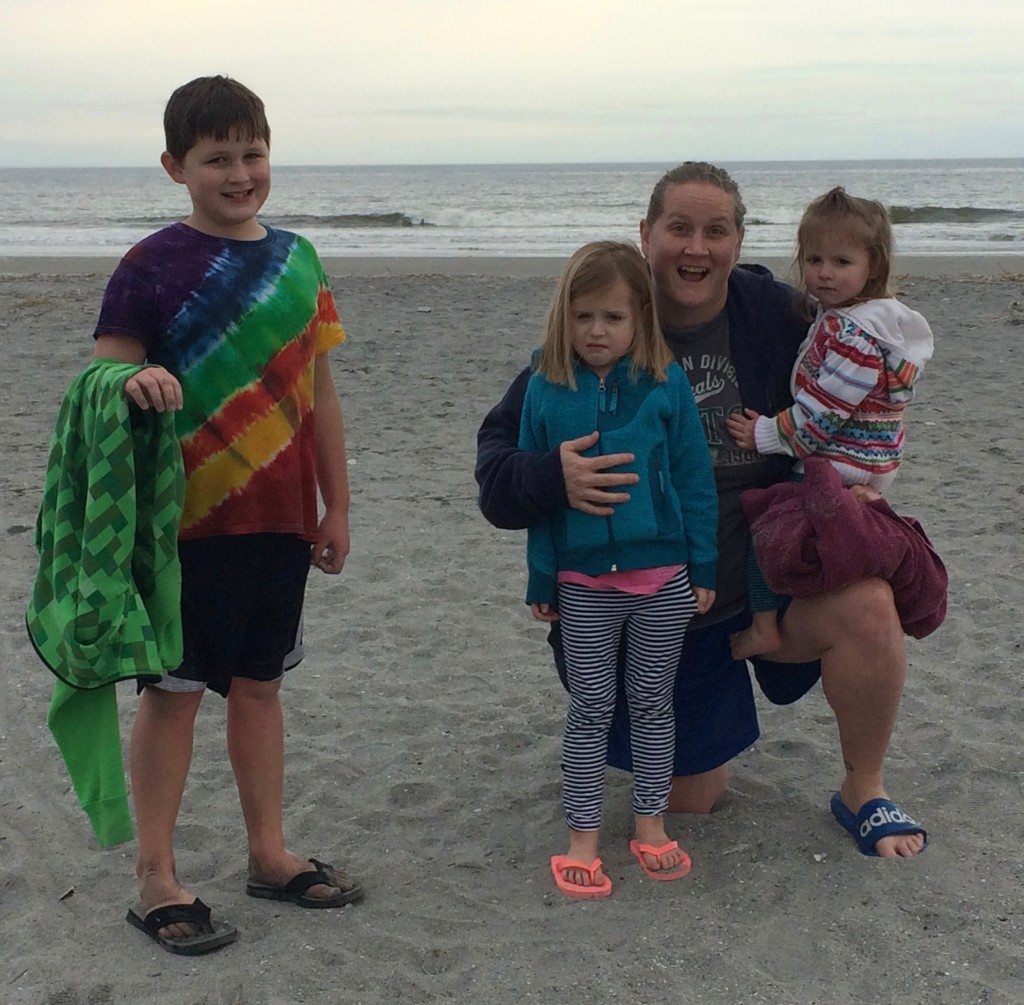 and that is the end of that adventure. 🙂