on our last full day in moab, we hit up canyonlands for a final hike at grand view point overlook. it’s all the way at the end of the park road and offers some seriously amazing panoramic views of the park. 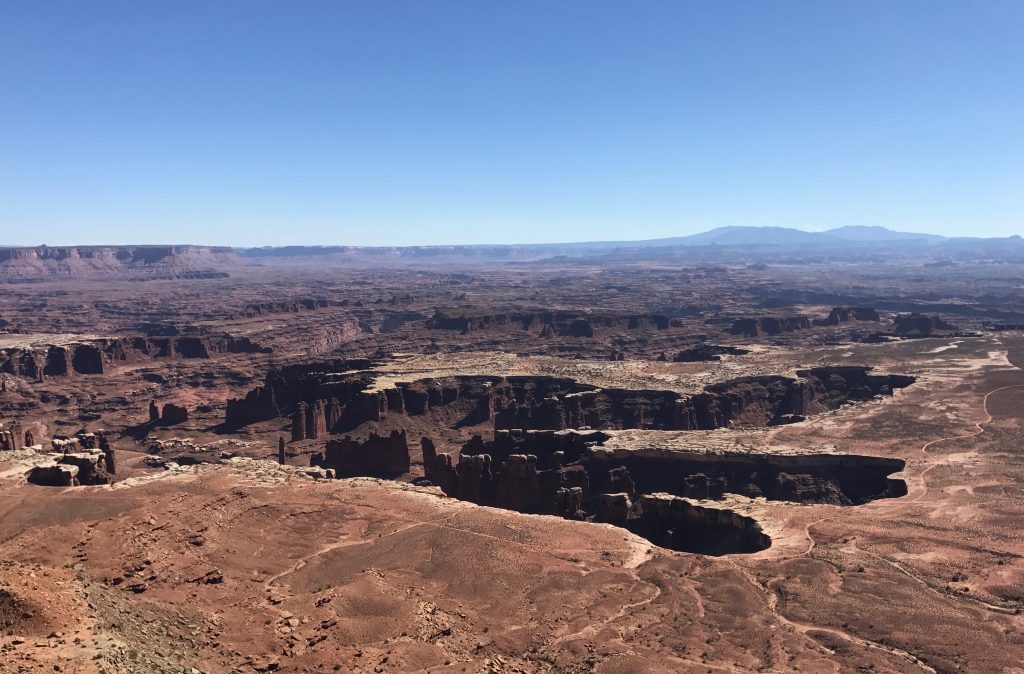 the hiker kids. and a mom. (the tiny person wasn’t feeling well). 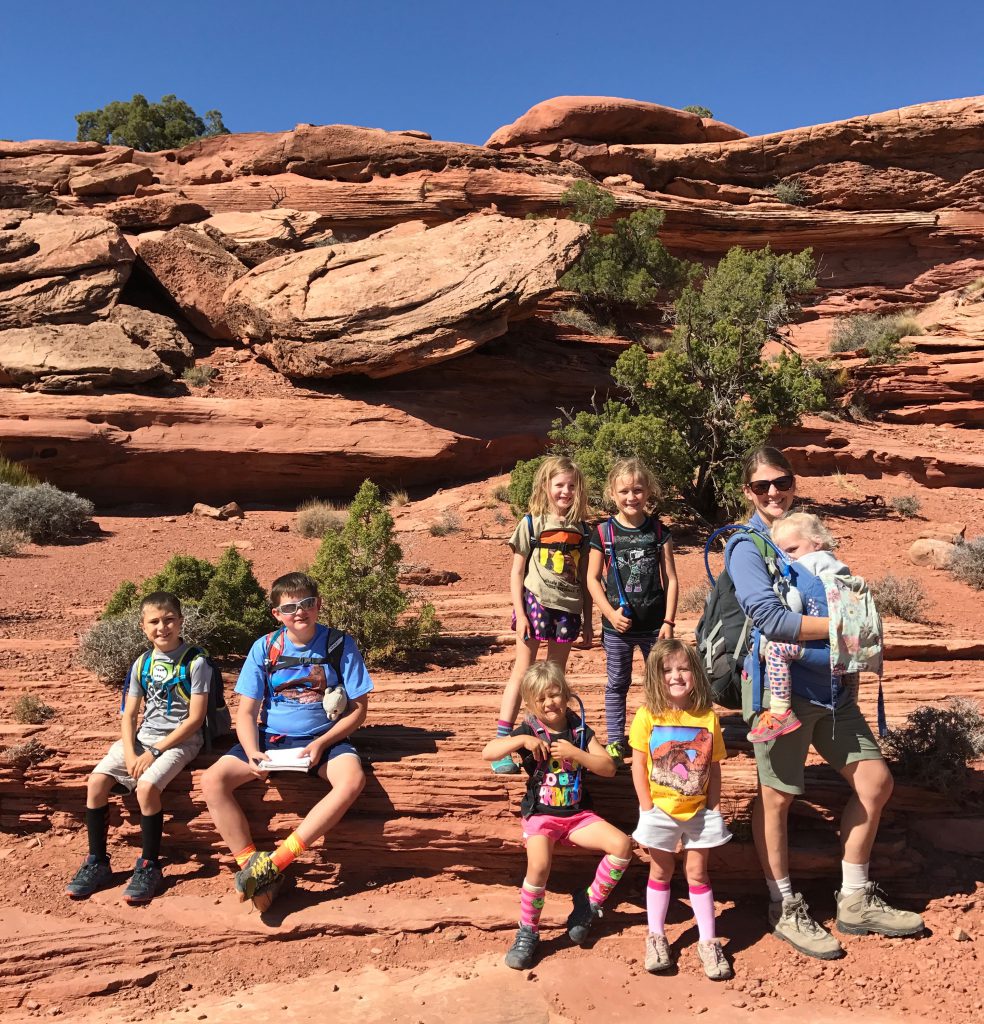 on our left was a cliff. we steered clear of that. to the right, there were numerous opportunites for rock scrambling and climbing. 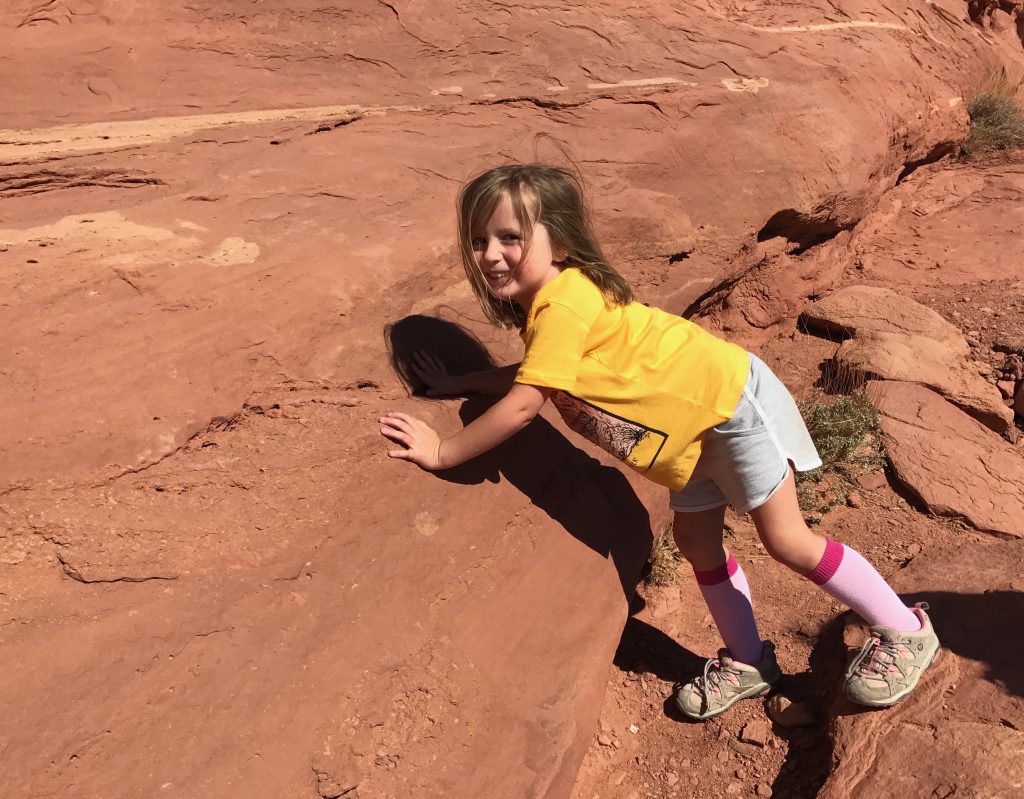 the girls were determined to spend as much time as possible scaling the rock formations. 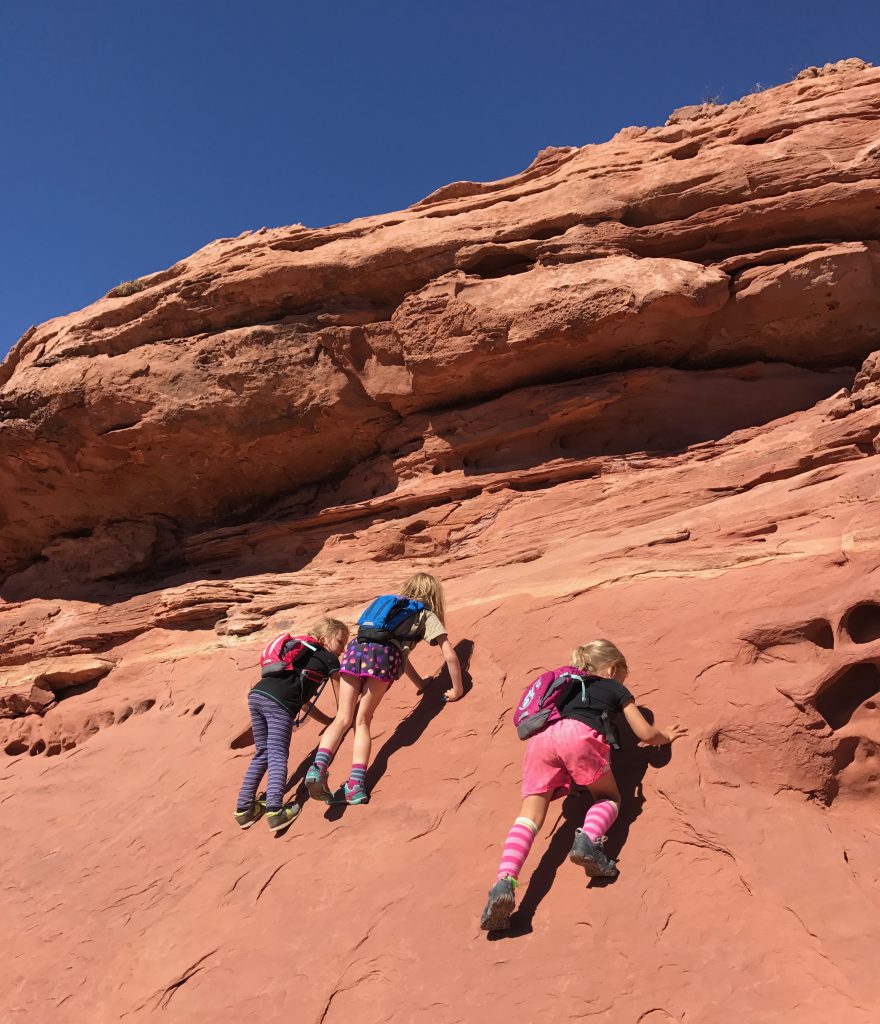 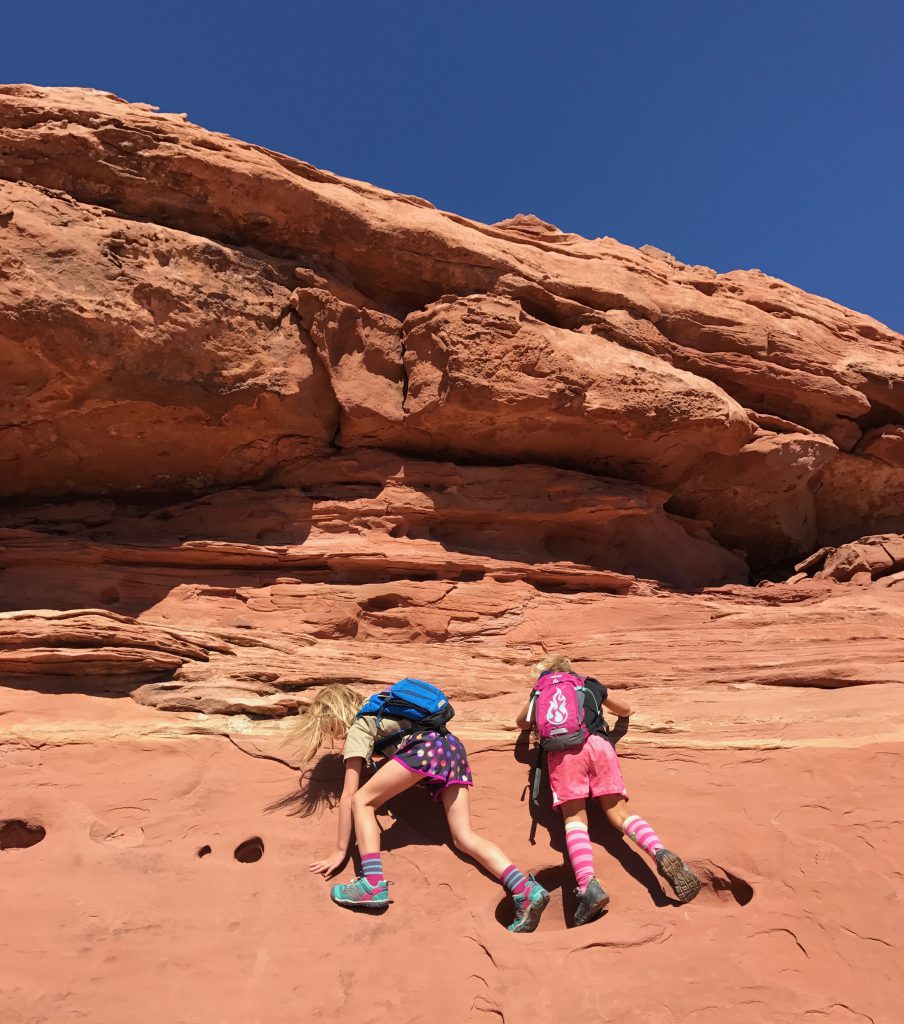 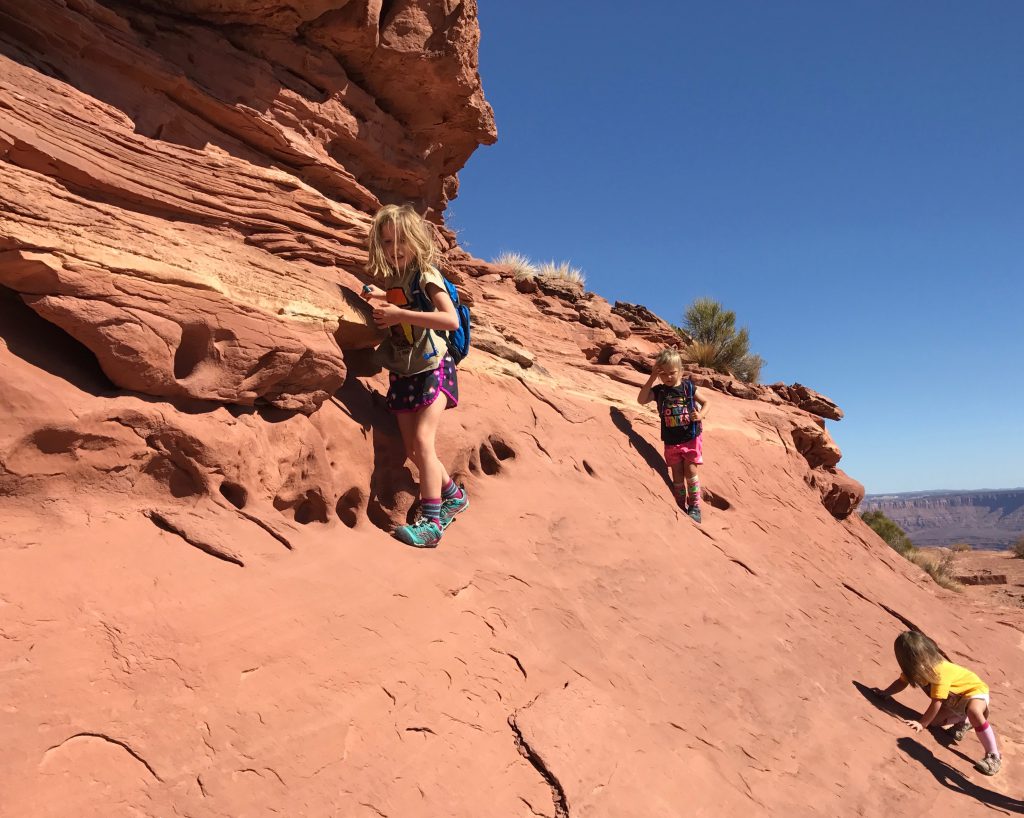 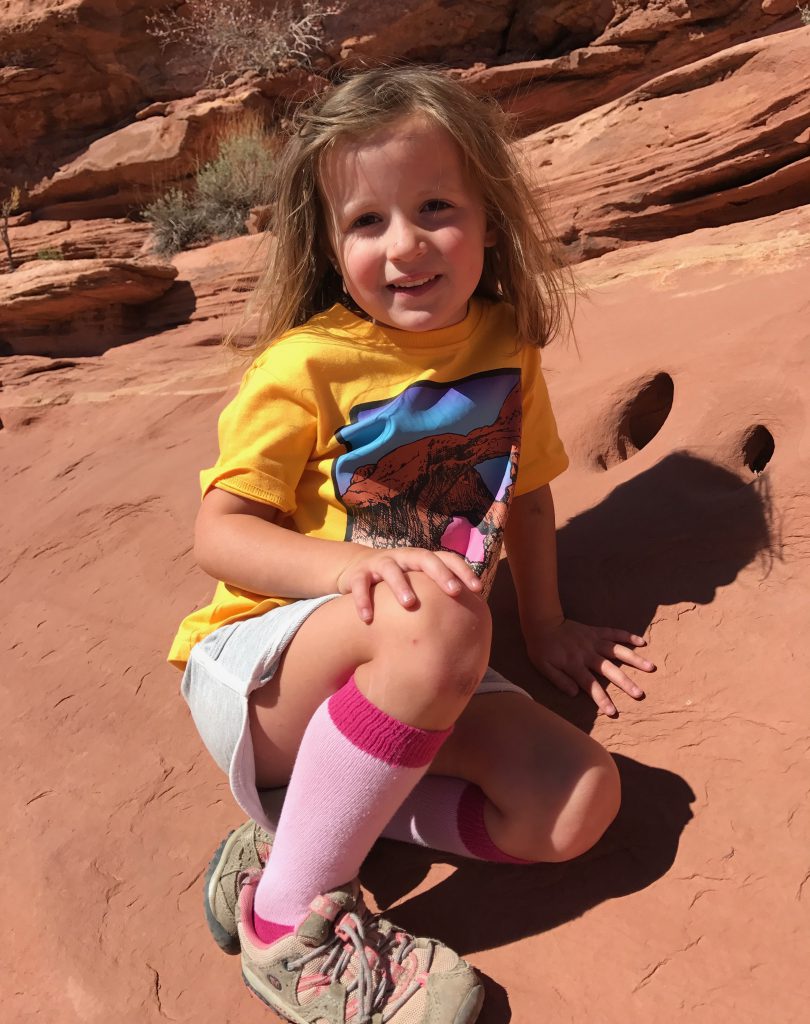 climbing girls. the tiniest joined in the fun for a bit. 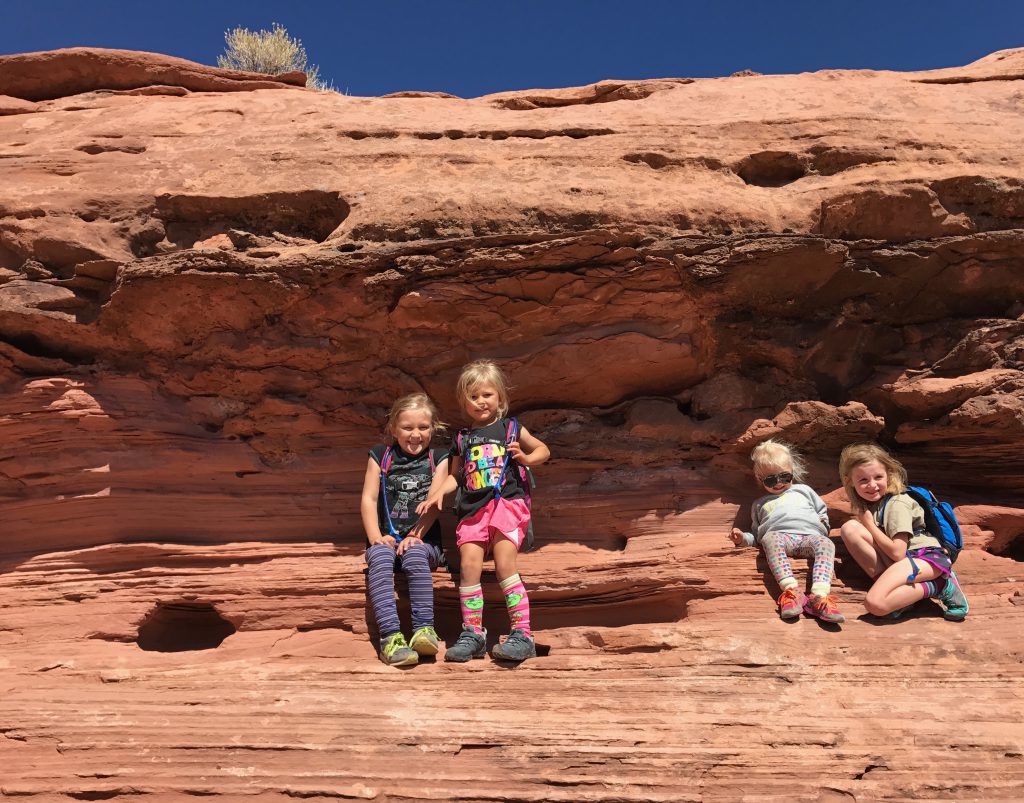 bring up the rear. 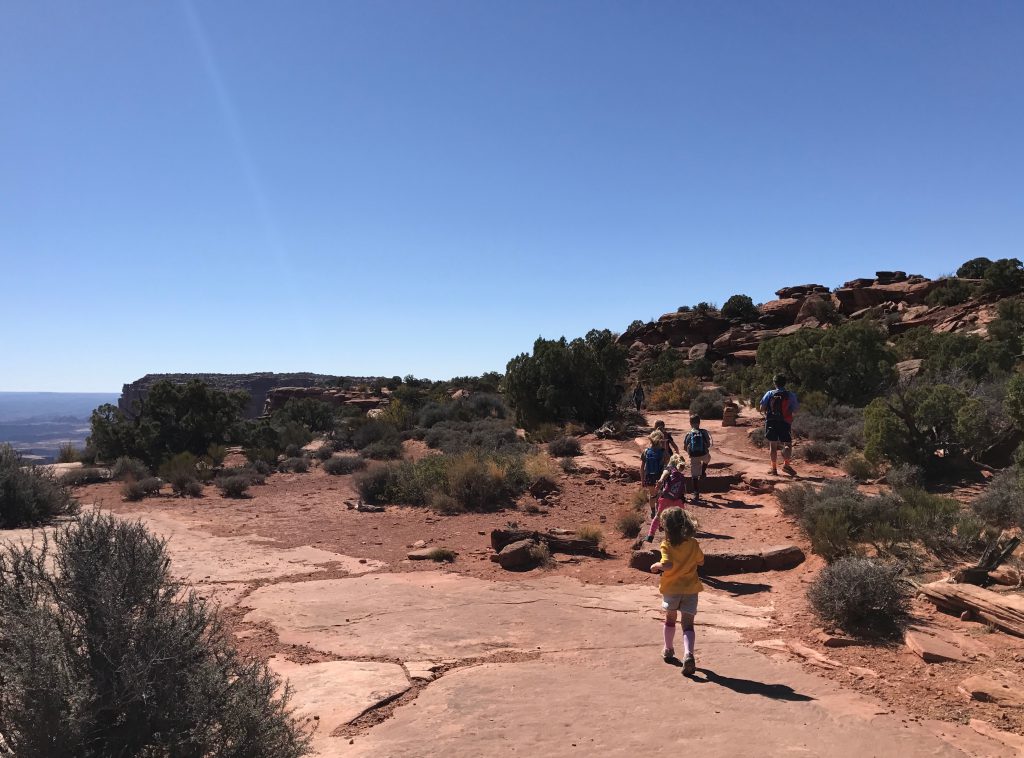 the canyons are so cool. i took one million pictures. i couldn’t help myself. 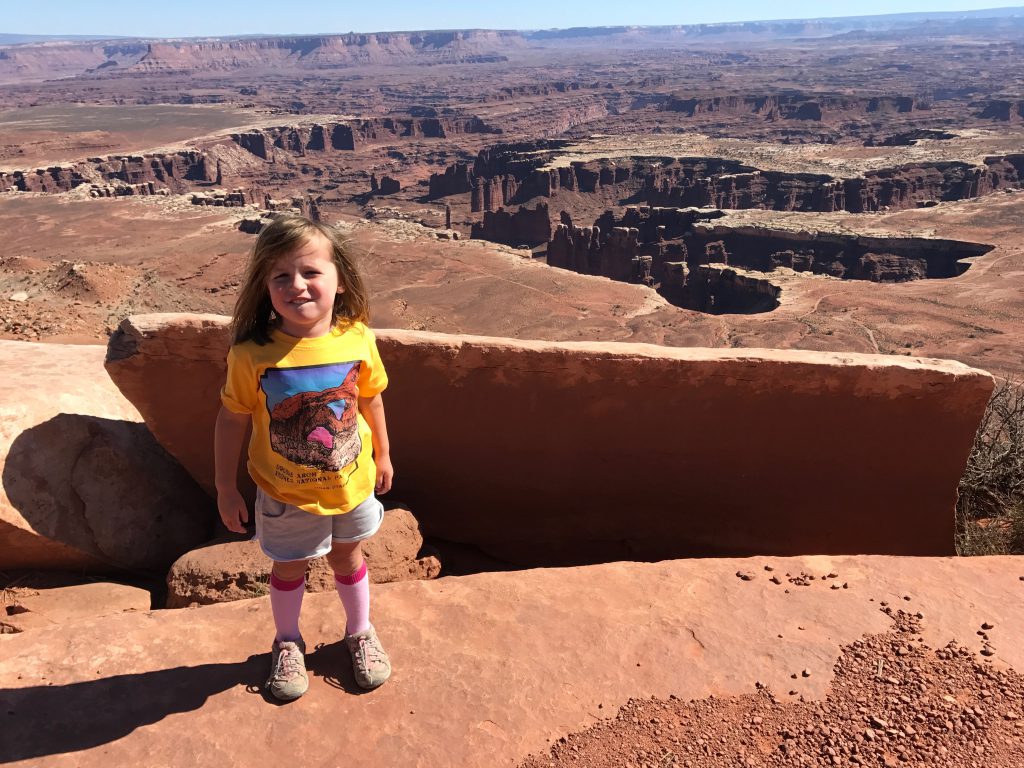 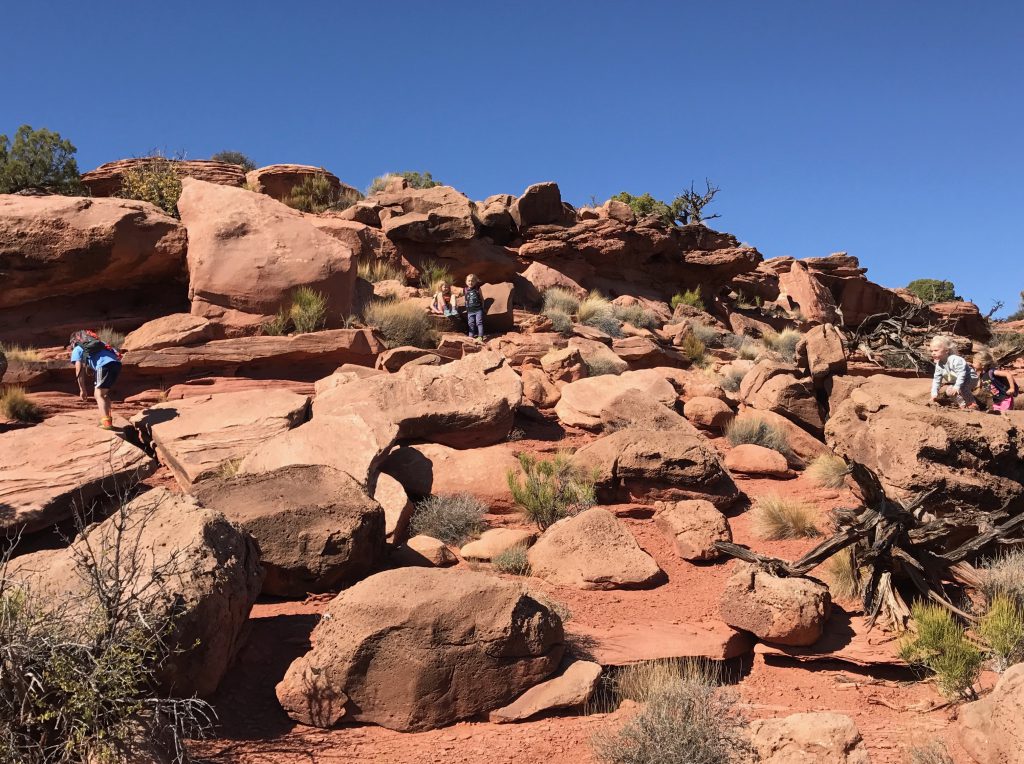 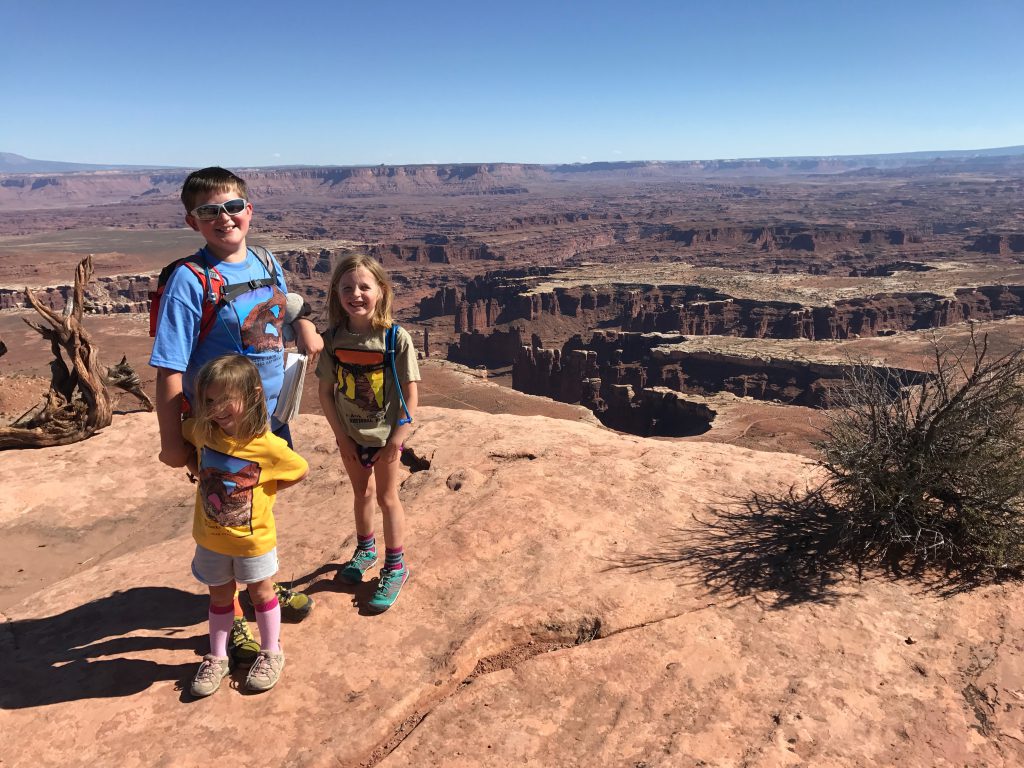 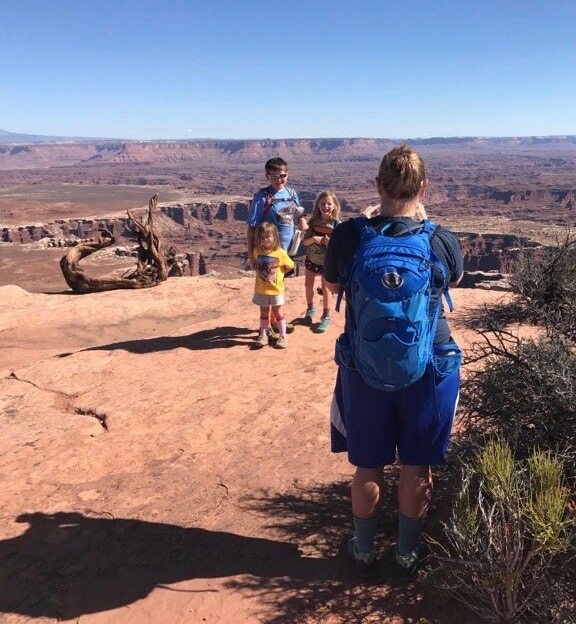 just another pic of the canyon. 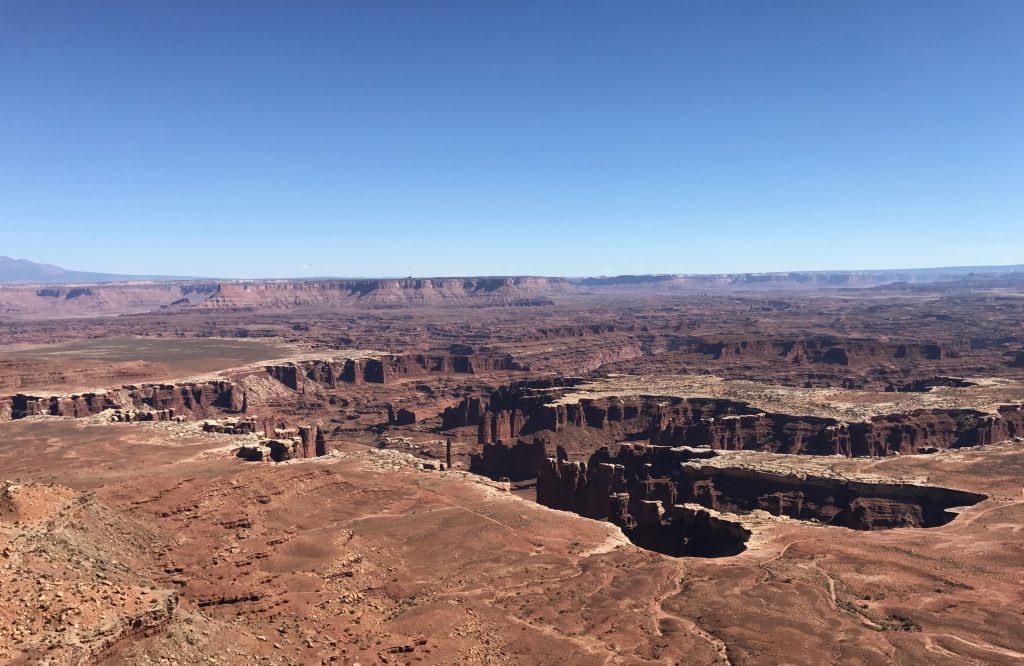 jill took this picture of me being so nature-y and introspective or something. 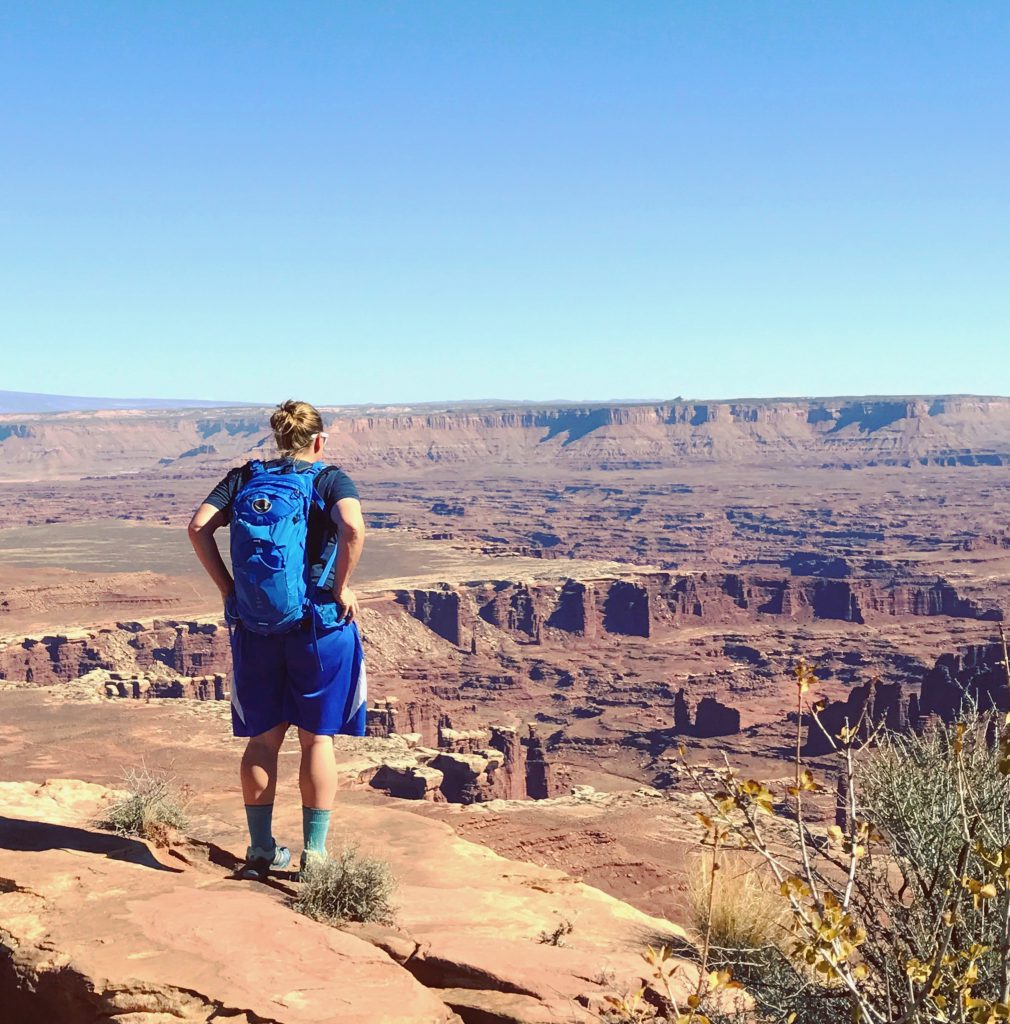 then hazel attempted to join me on the cliff’s edge and i had to stop being nature-y. 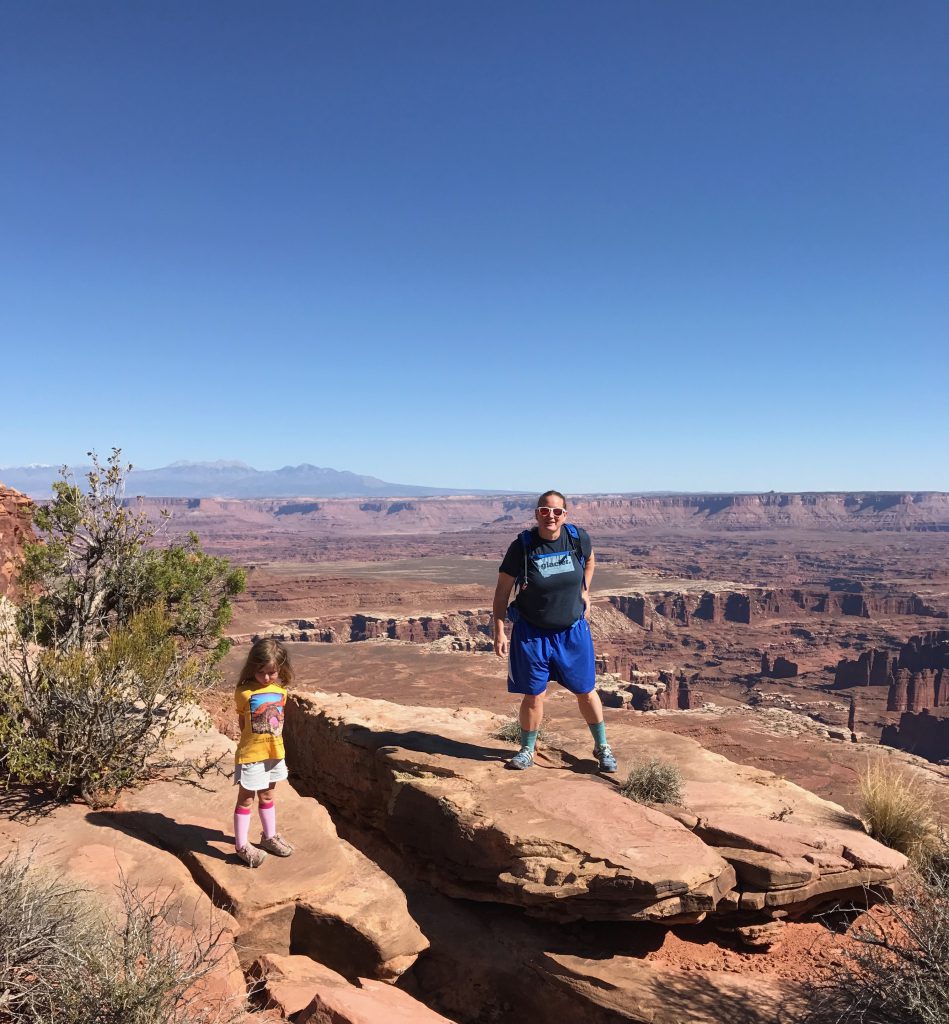 more cliff side climbing on the way back. 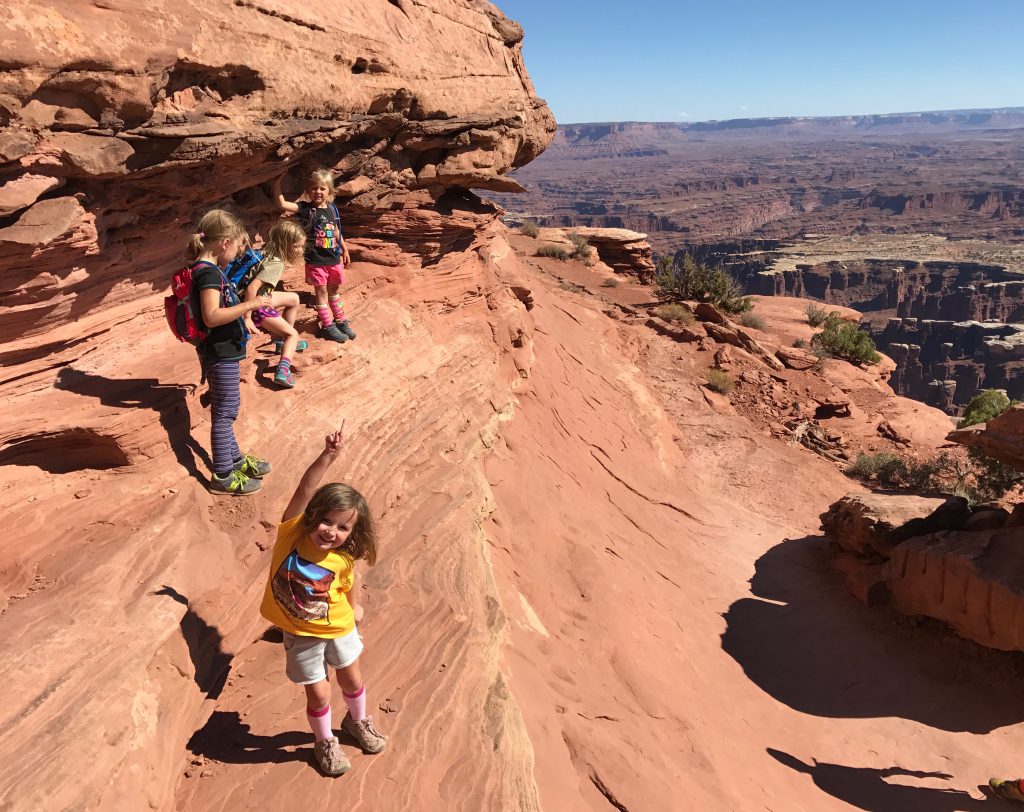 where are the boys you ask? well. they just wandered along gabbing on and on about minecraft and terraria and other such videogame themed topics. each time the girls stopped to climb, they found a little nook to carry on their banter. 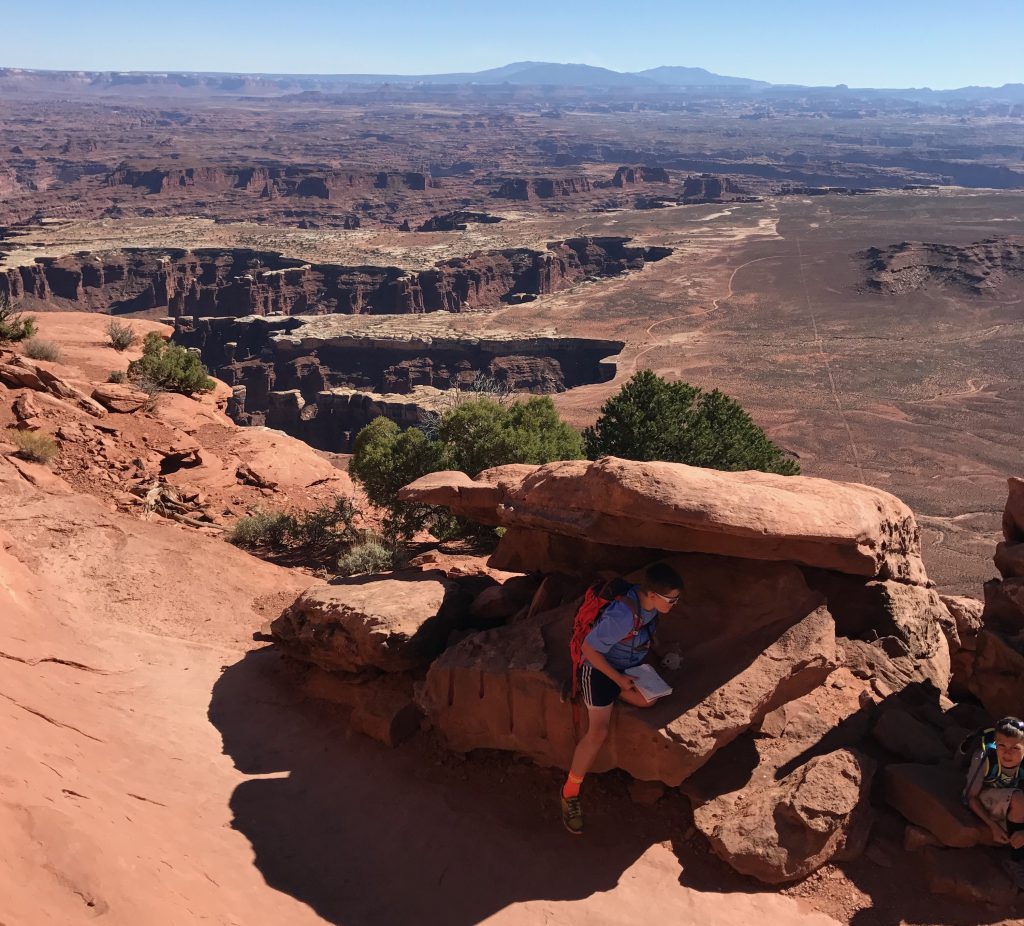 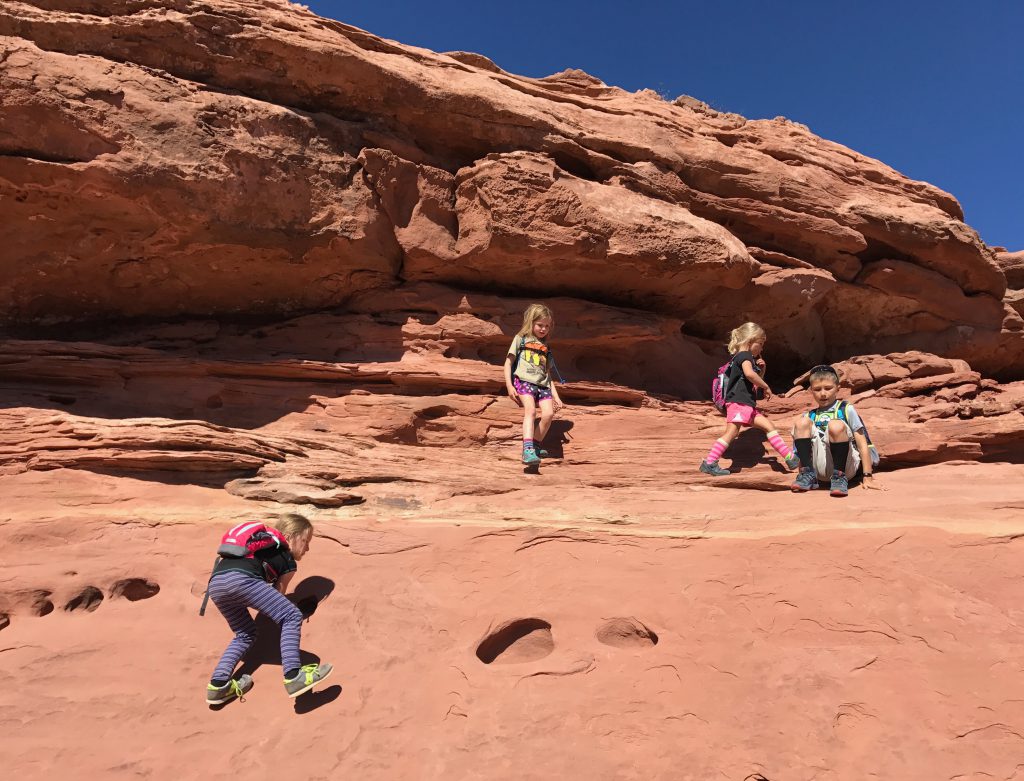 anna. she smiled for this picture, despite being super grumpy that i told her to stop climbing on rocks on the cliff side of the trail, because she doesn’t want the internet world to see her grumpy face. 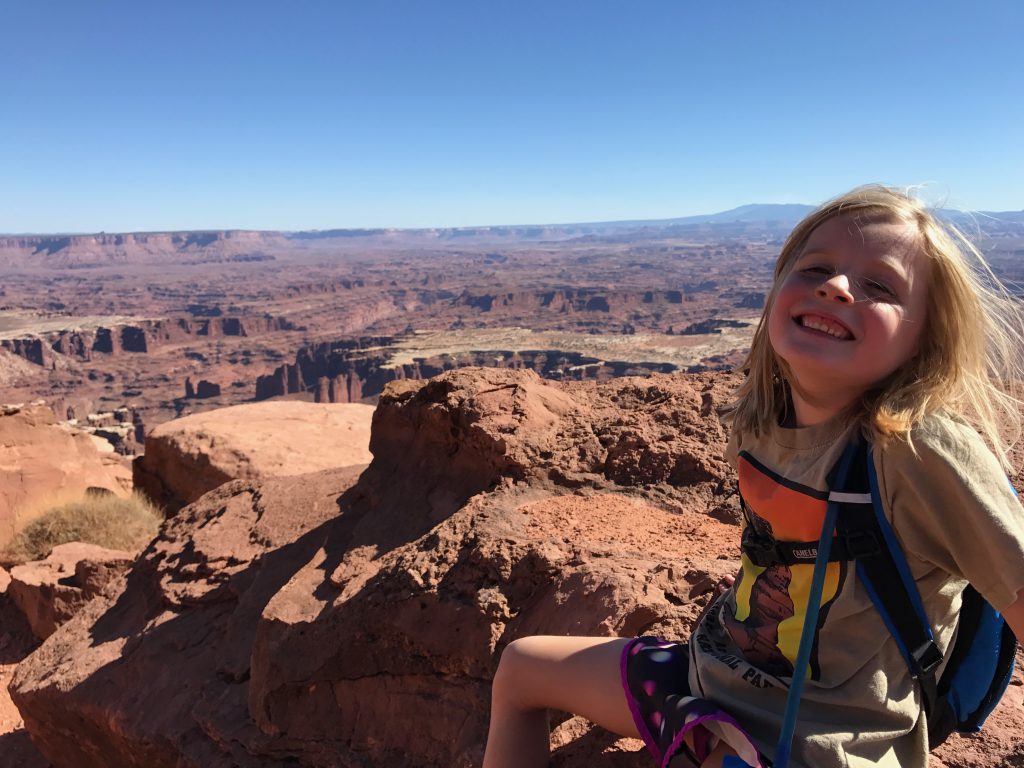 the girls. they ran from shady spot to shady spot, on a quest to beat the heat. 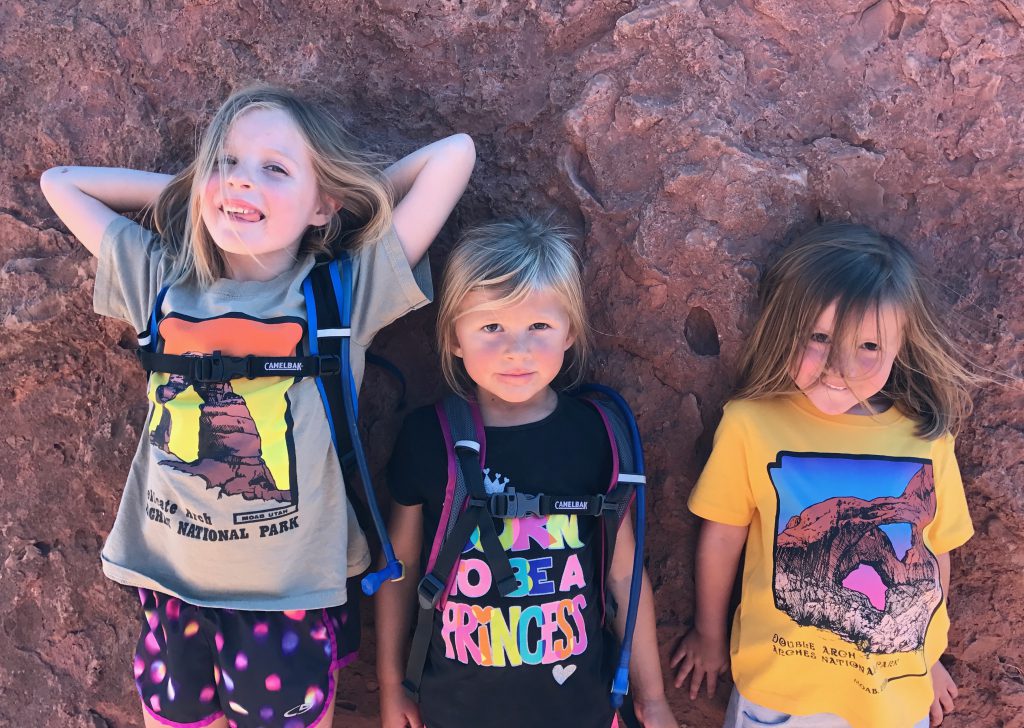 the kids loved scrambling across this ledge. thankfully no one found any wildlife in the crevices and cracks as they moved along laterally. 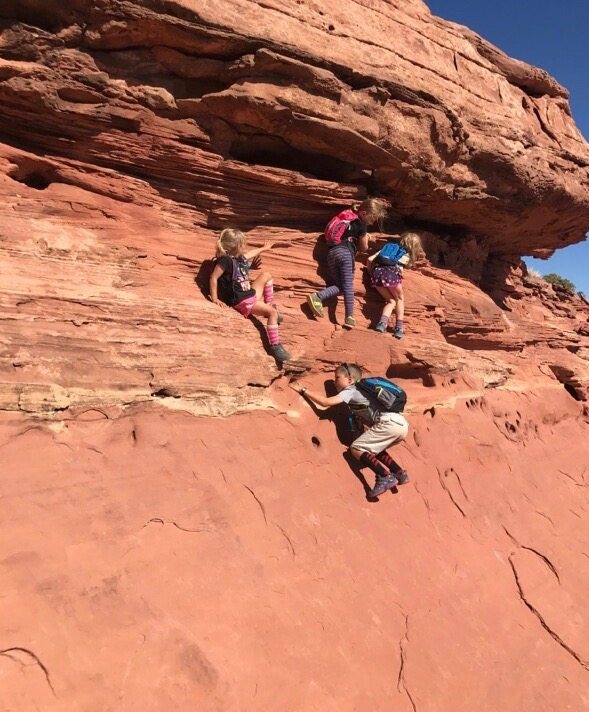 they are all obsessed with picking each other up to show off their strength. 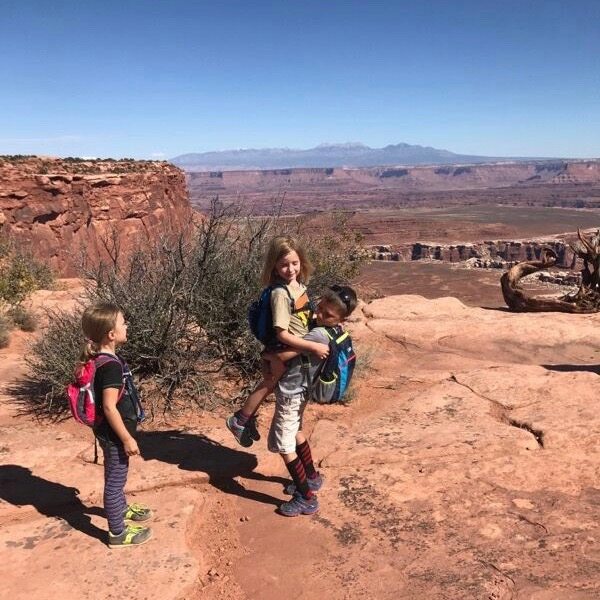 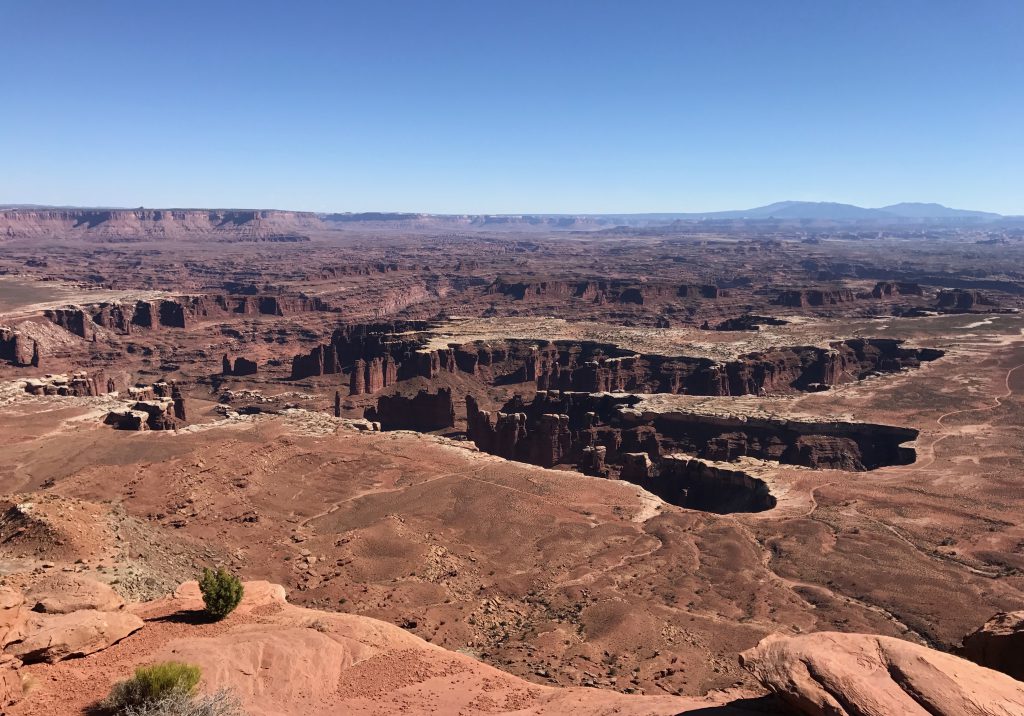 when we were done with this hike, we had high hopes of also hitting up the mesa arch again to show it off to our friends, but the tiny person was definitely not feeling well and the older kids all voted unanimously to skip it, so we hit up the visitor center for junior ranger badges for our friends and then rolled back to our campsite and prepared for the week’s grand finale: a sleepover trade.