yesterday, we departed from moab (to a cozy new campground with full hookups and fast internet AND cable). but, i will now reflect on the random miscellaneous memories of the second two weeks of our time in moab.

before we left our actual campground campsite, i made everyone take one last bath/shower. then the girls, all fresh and clean, put on their new matchy jammies from the grandlidboms. 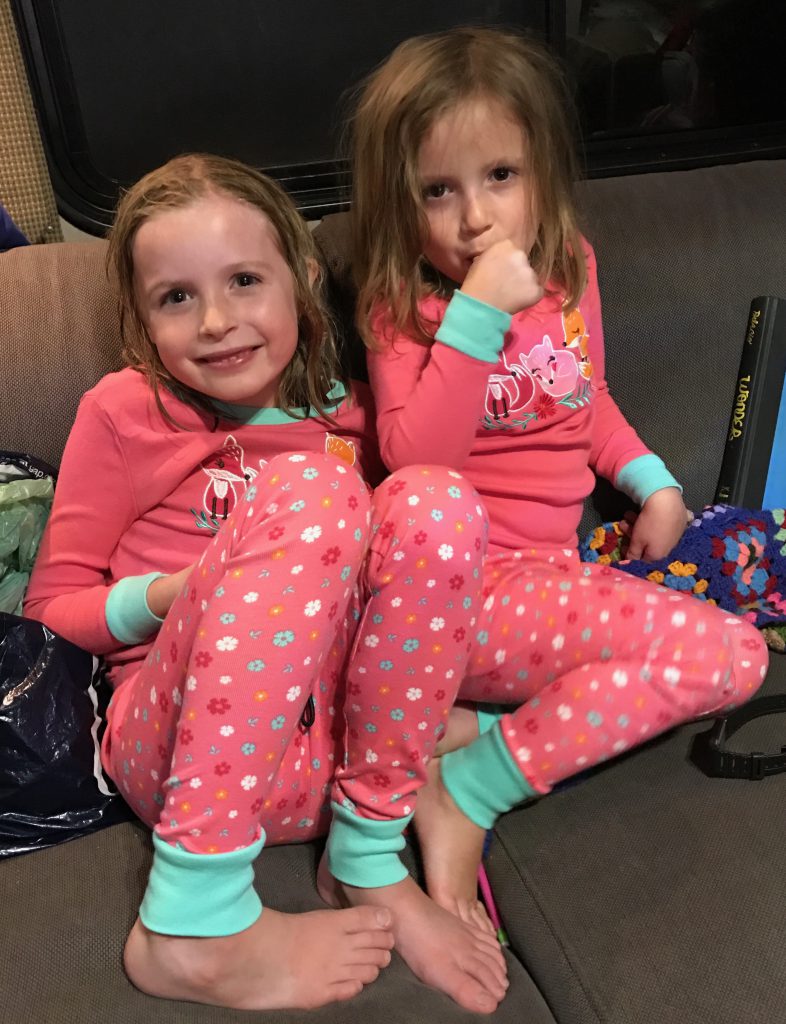 we spent our last two weeks on the same patch of land that we spent our first week, a little north of arches on some utah trust land (that i have been incorrectly calling blm land). it’s pretty desolate, but there are actual allocated campsite spots. the first week, we had our pick of several. this time around, we took the last available spot. either way, it feels like being on another planet. windy, dusty, desolate, chilly and deserty. 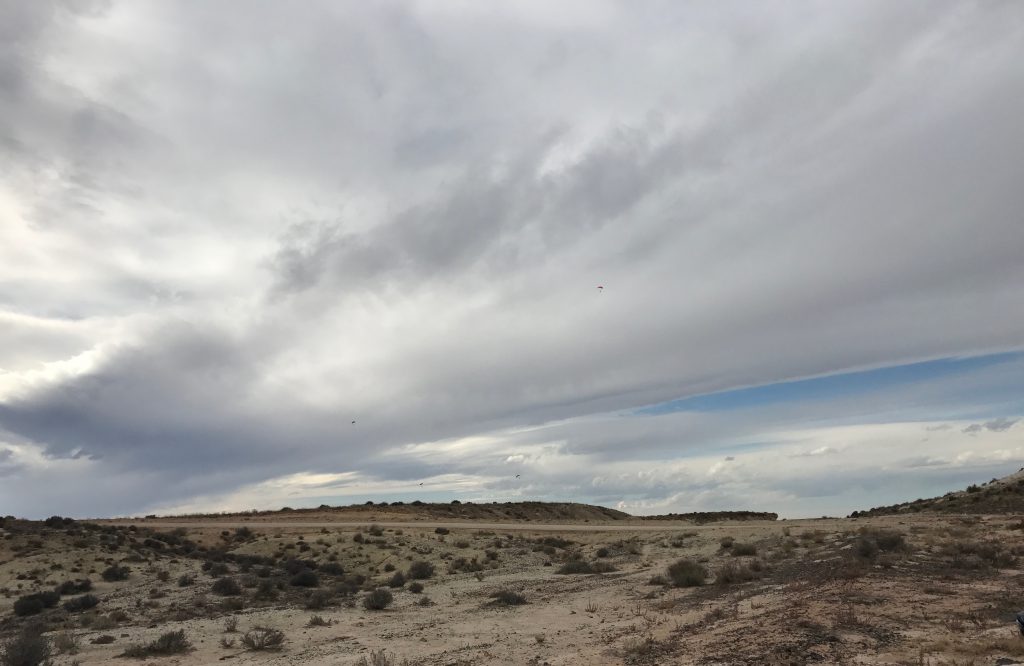 before our second trip into canyonlands, the kiddos worked on their junior ranger books. i loved this response (and spelling) by isaac for one of the questions. 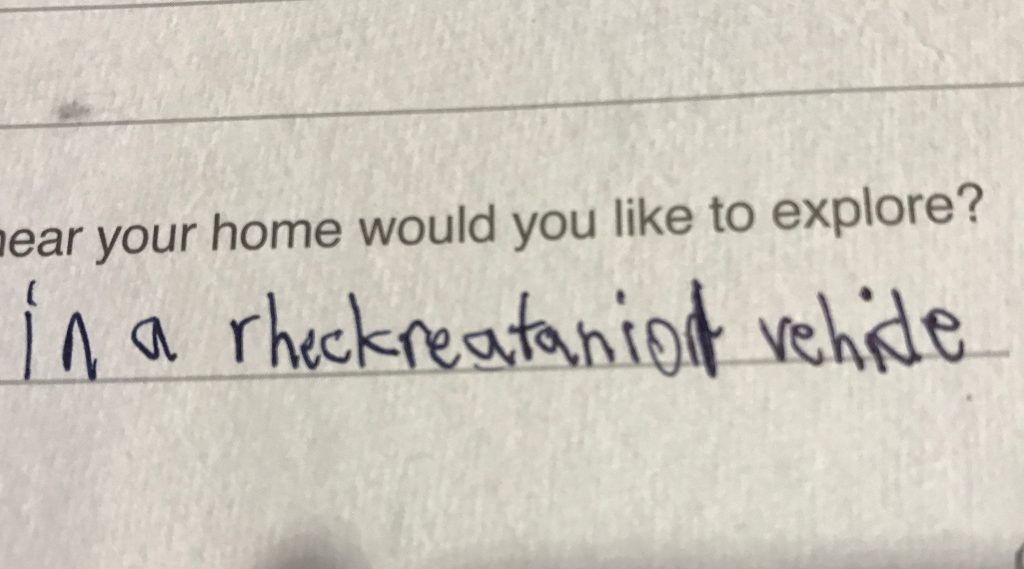 during some downtime, anna drew up an assortment of tattoo ideas and got to work setting up a tattoo parlor. the result: ink fingers. 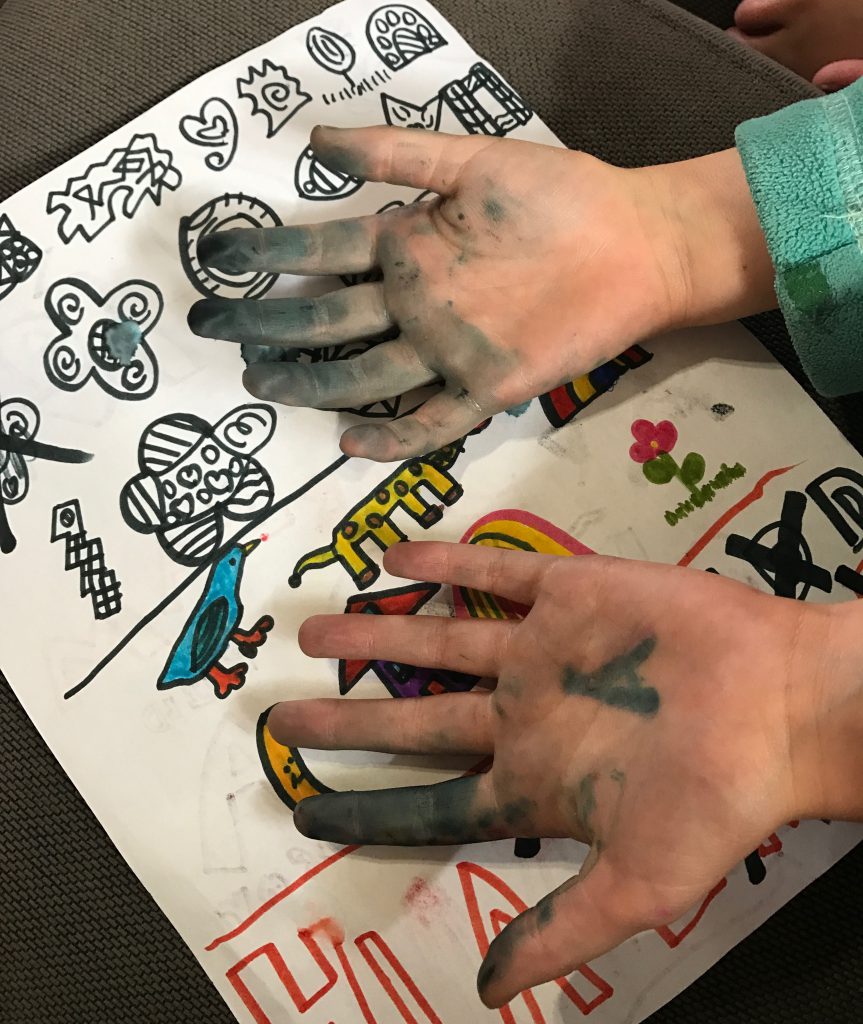 once it was finally october, we began our regular viewing of the great pumpkin. sadly, it doesn’t seem to have the same staying power as it once did for the lidkids. 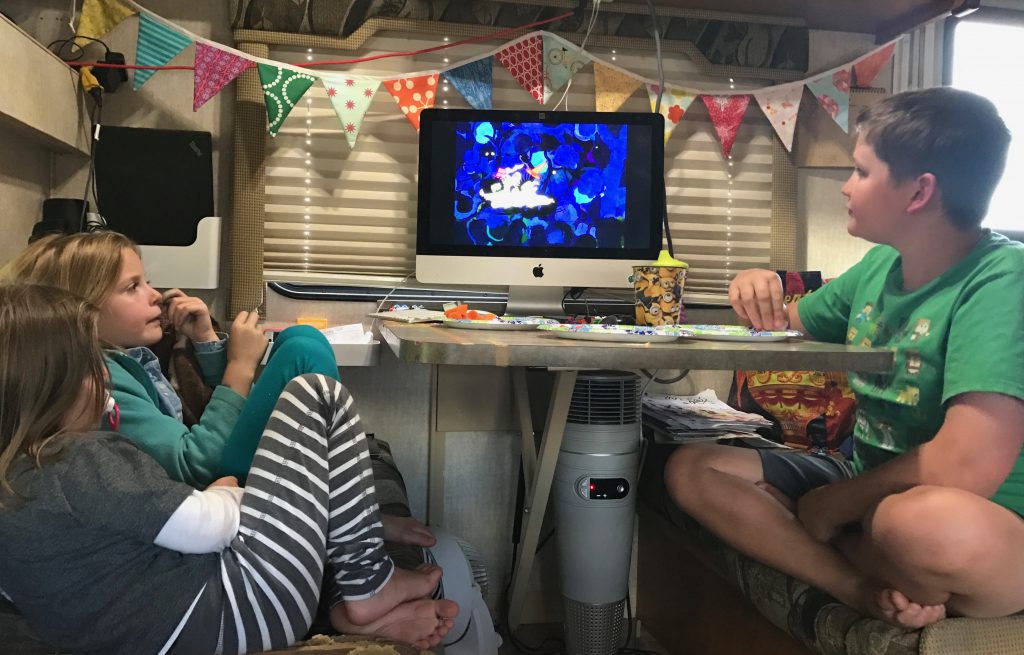 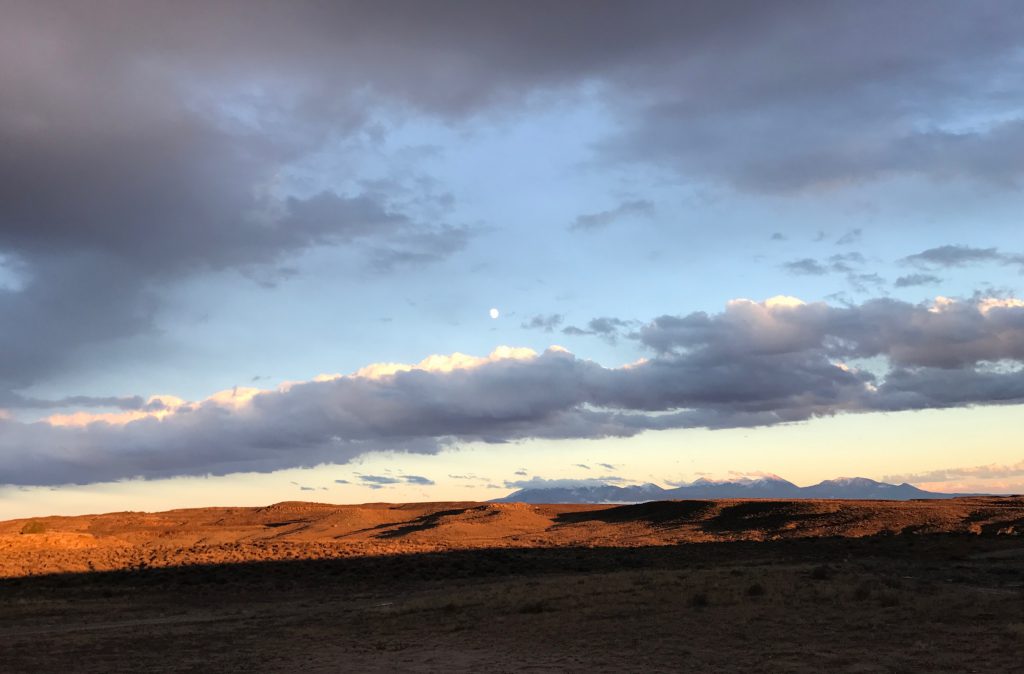 the moon was super cool but the iphone is not equipped to capture such things. also. our camper needs a thorough washing. 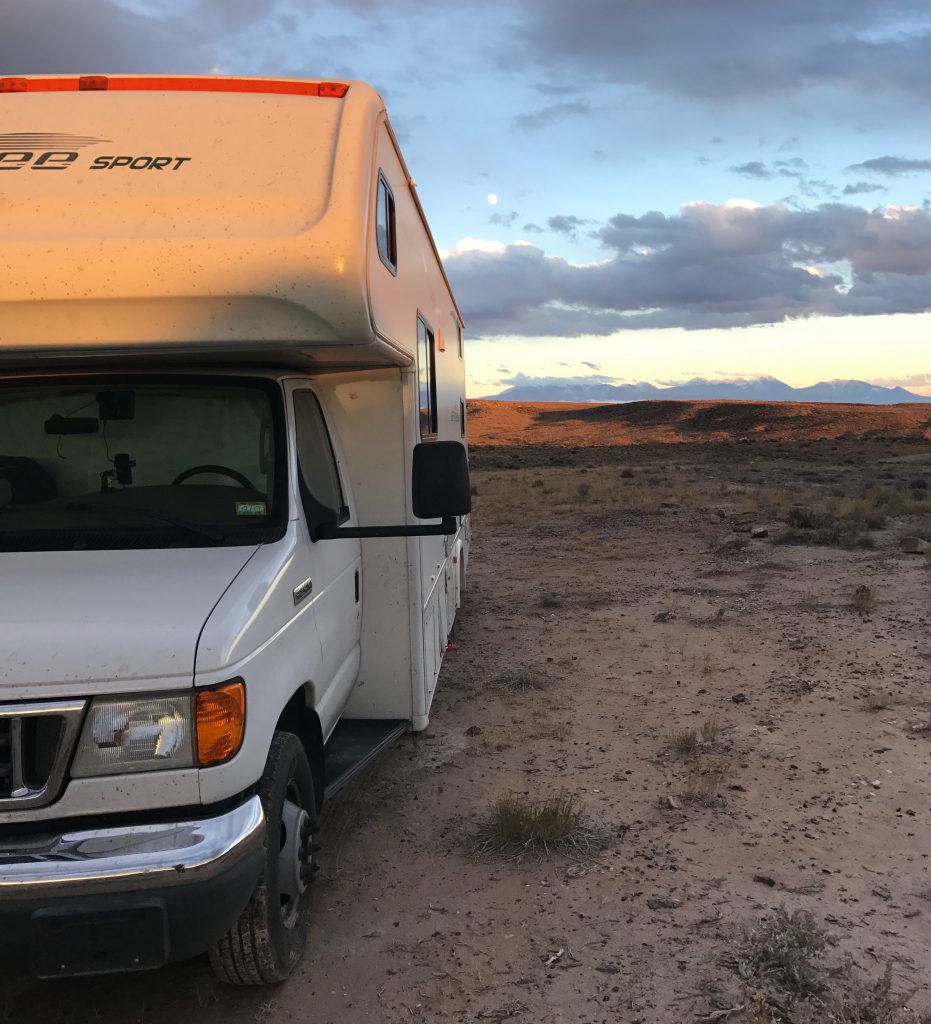 theannababy reading in her nook. her bed tends to be a complete hoarders nest, but occasionally she helps me clean it up and does a bit of rearranging. then it stays neat for a maximum of 24 hours, before returning to cat lady status. 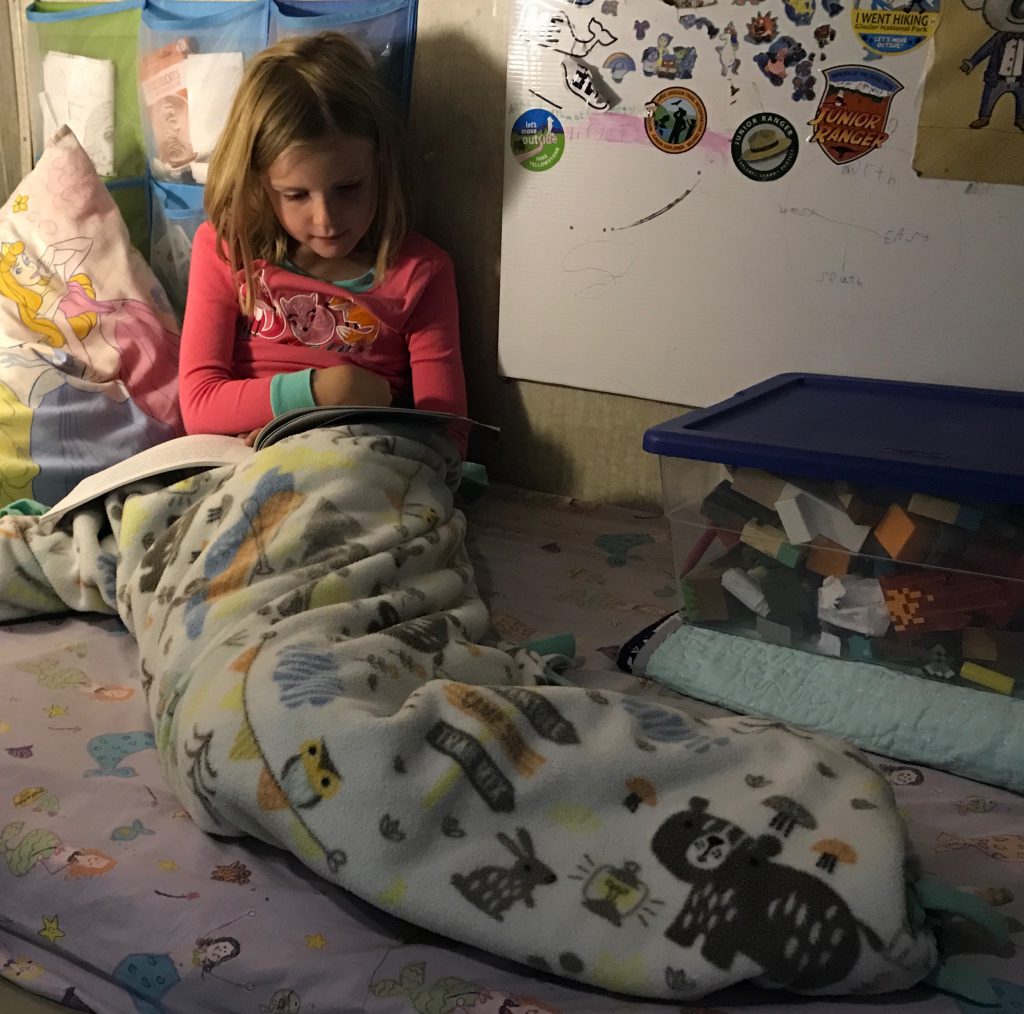 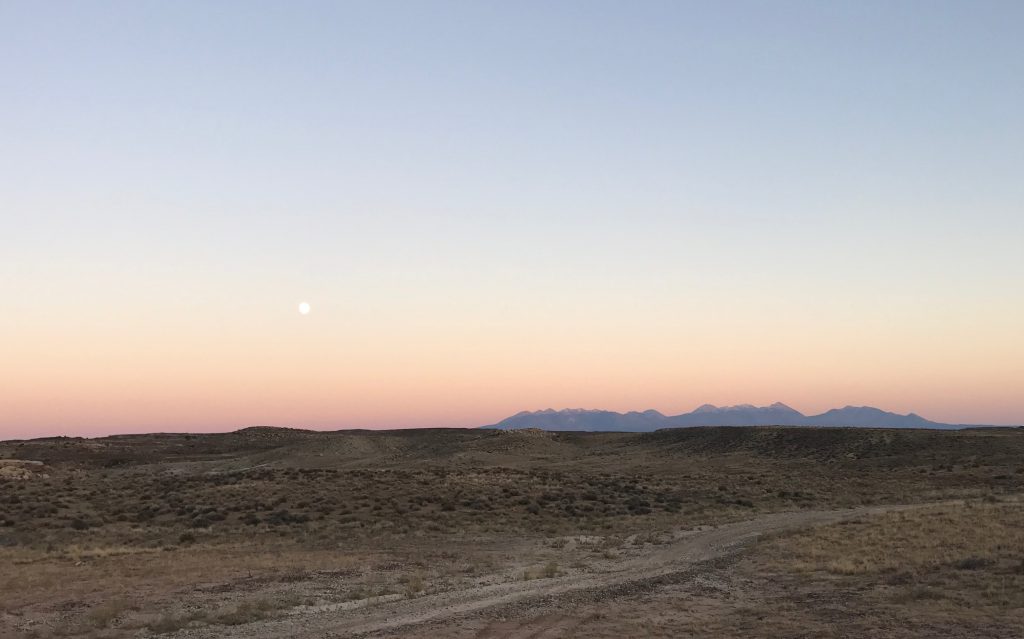 i busted out the fancy camera to get a closeup of the red rock formations that we could see from our site. i’m not sure if it’s part of arches or not. i studied a map and came to no solid conclusion. 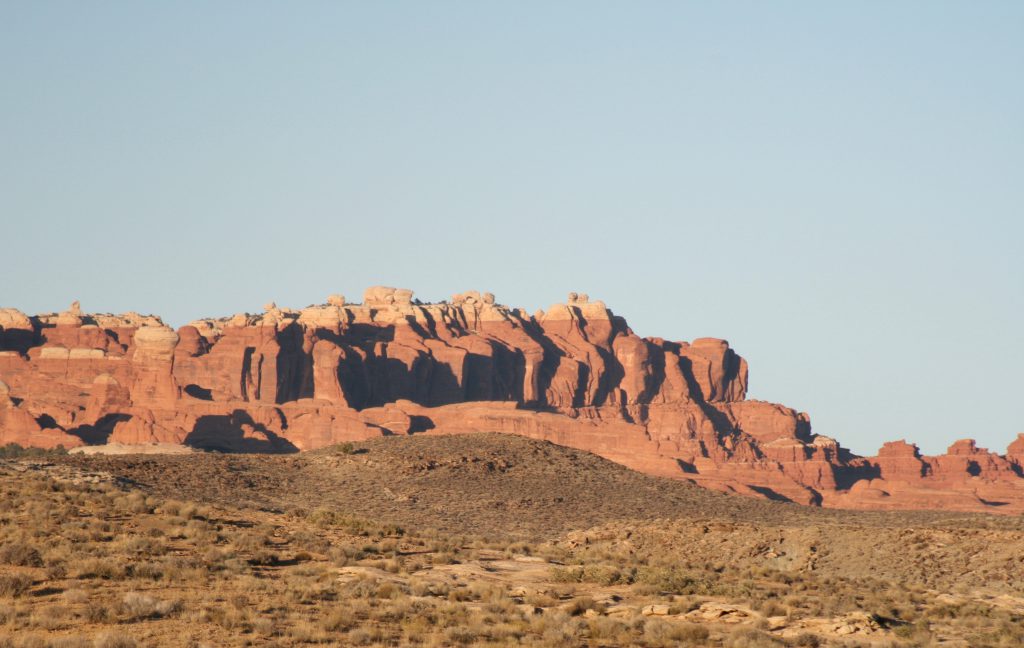 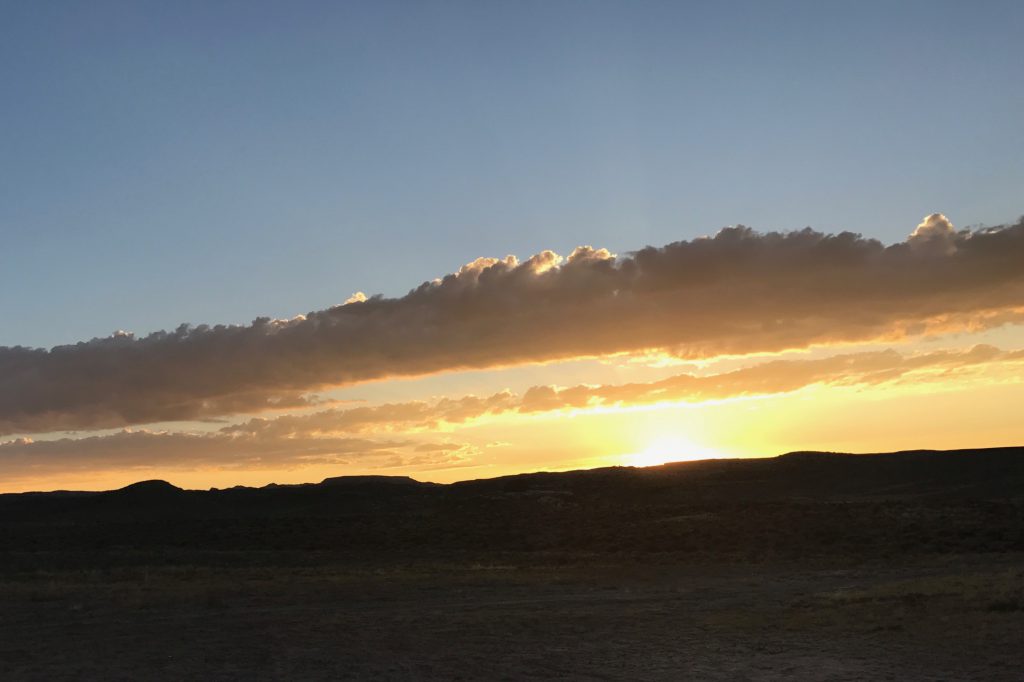 we have gotten much better at boondocking since our first time around. we keep several water containers and fill them any chance we get. so, we never run out of fresh water. we dump our dish water (minus the chunks) and shower water outside on the ground. we can go 8 or 9 days without having to dump our black tank. anyhow. there was a gear store in moab that offers free filtered water, so we definitely took advantage of that (and spent a ridiculous amount of money in return). 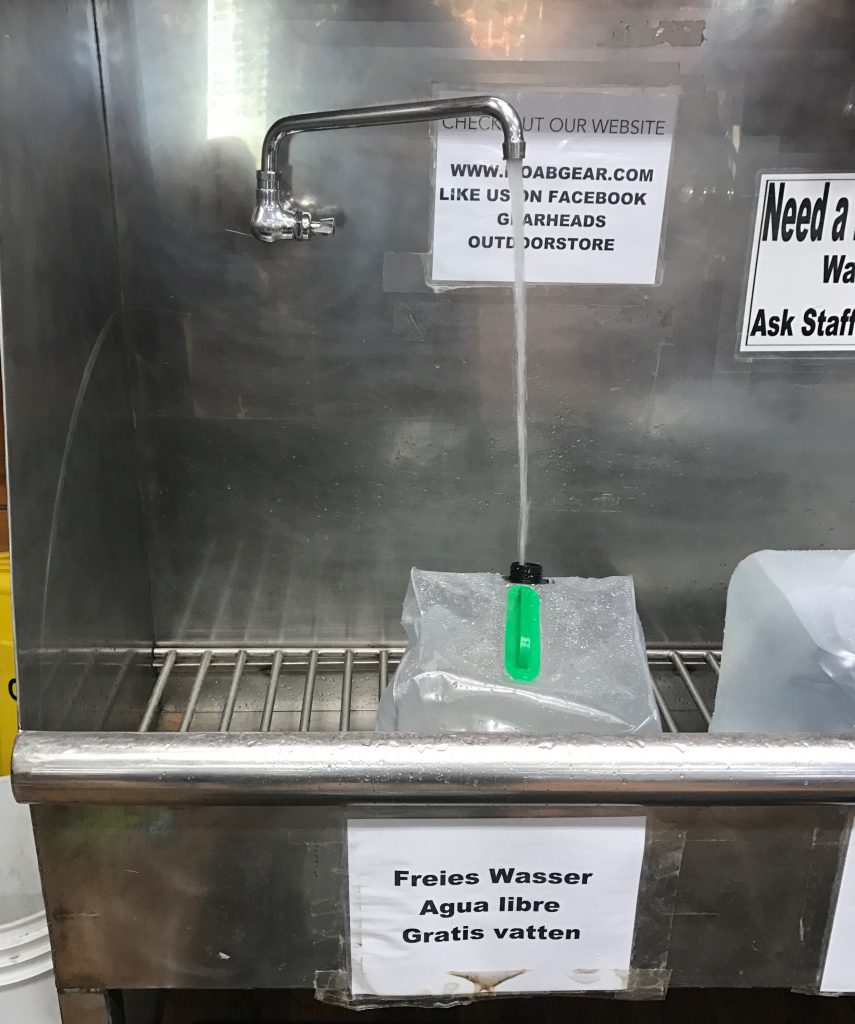 this is how hazel eats grapes. she’s not to be left unattended with the bag. 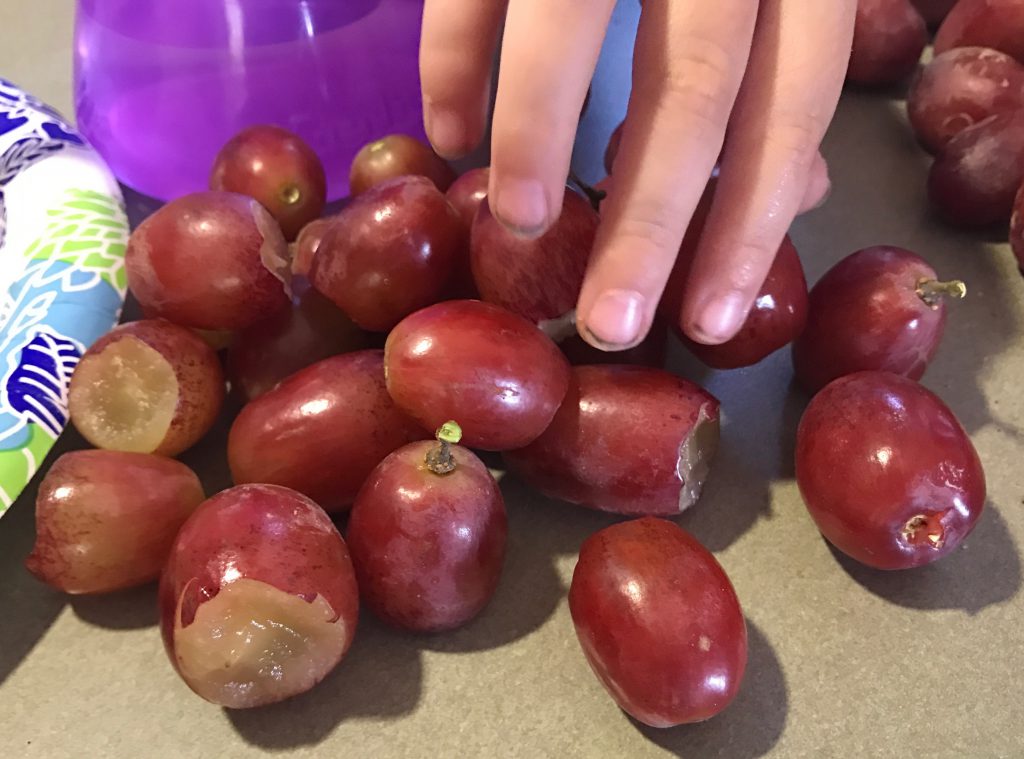 anna took it upon herself to do a bit of halloween decorating. she commissioned me for a few pieces. 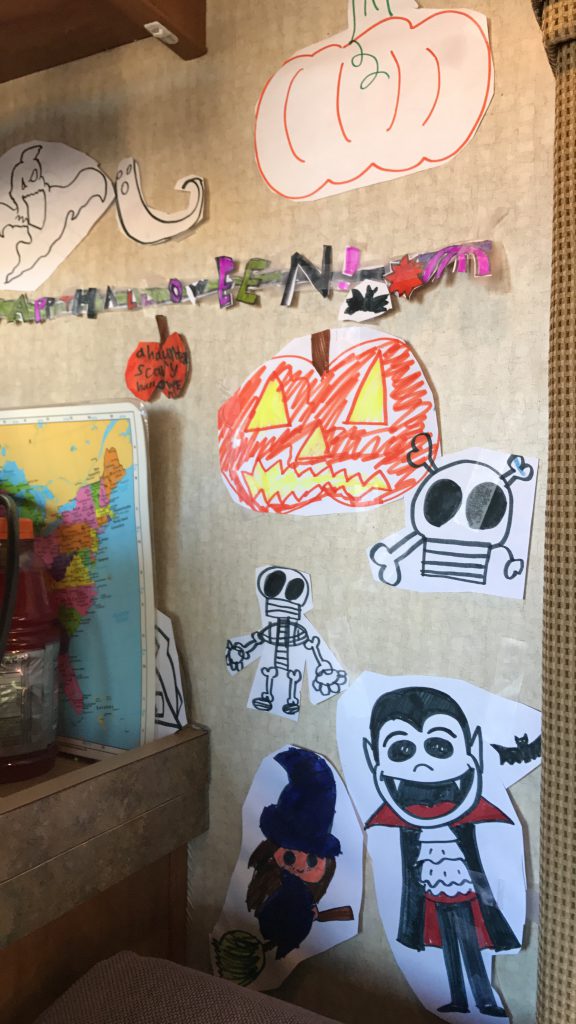 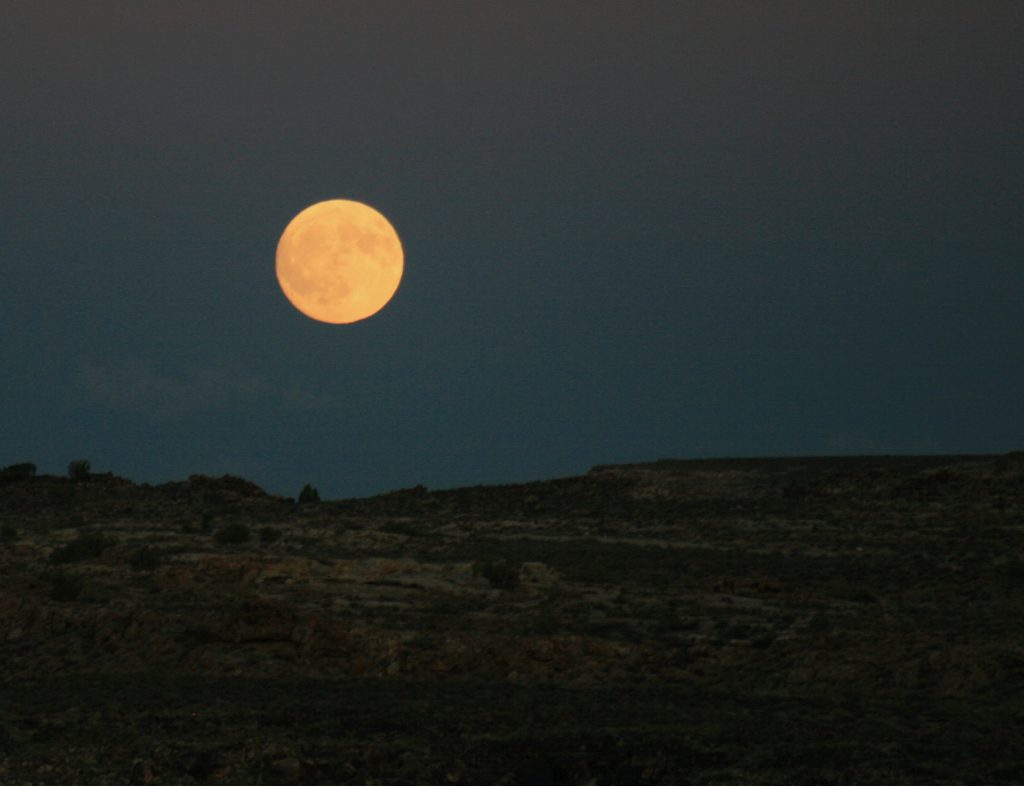 while i were camping at the needles with the girls, hazel took a spill on the rocks and banged up her face a bit. i didn’t tell her until later, when i took a pic for her to see the damage. 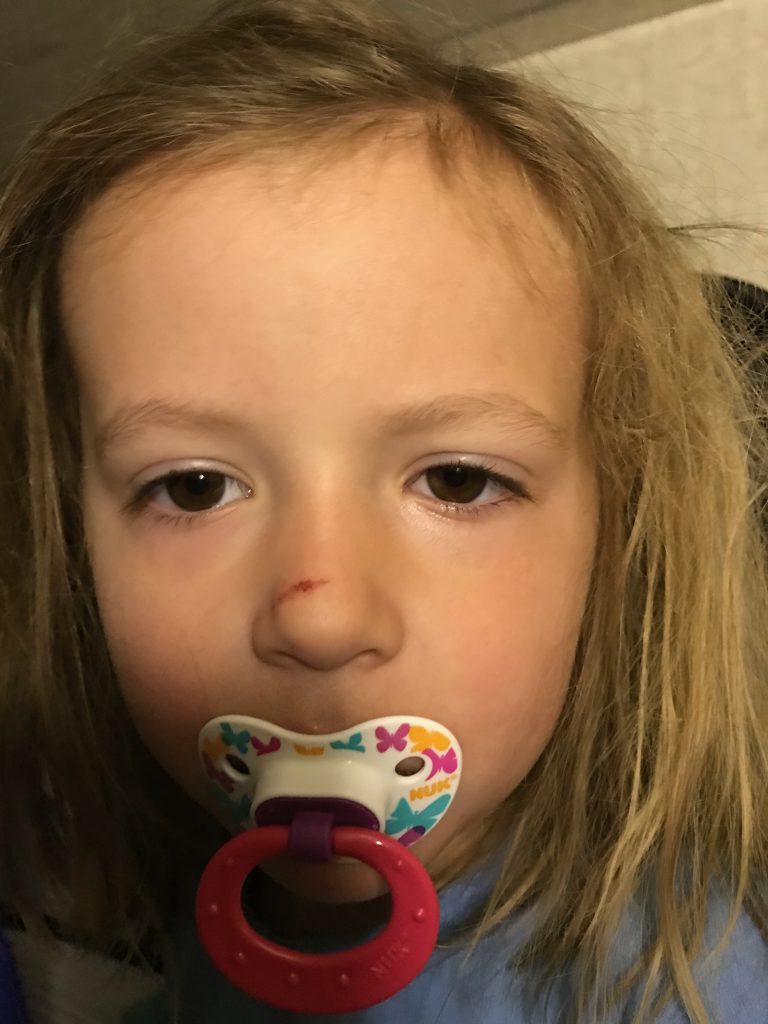 last sunday, derek and anna went on a 4×4 tour on the hells revenge trail. the other kids and i did laundry and grocery shopped while they were gone. and i’m hoping that derek will maybe write a post or i can at least get some pictures from him while we have decent internet and can write a full post later. but i took this picture before they departed. 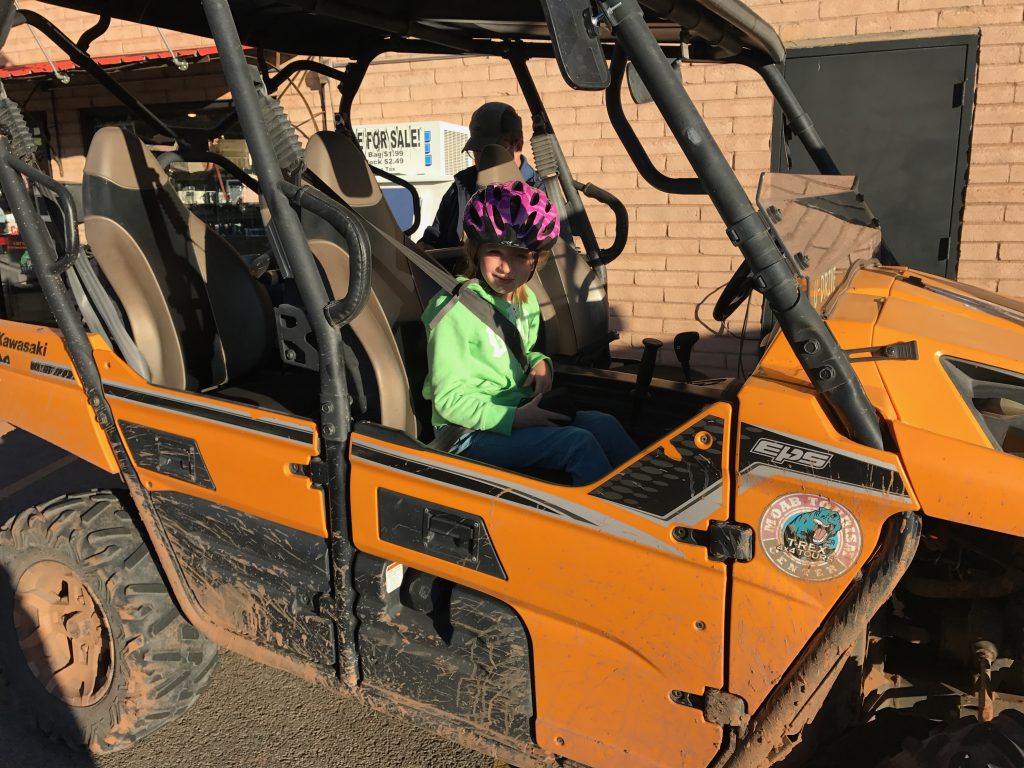 the laundromat was in the same parking lot as the 4×4 tour starting point, so i took this while they waited to leave and waited for the wash cycle. 🙂 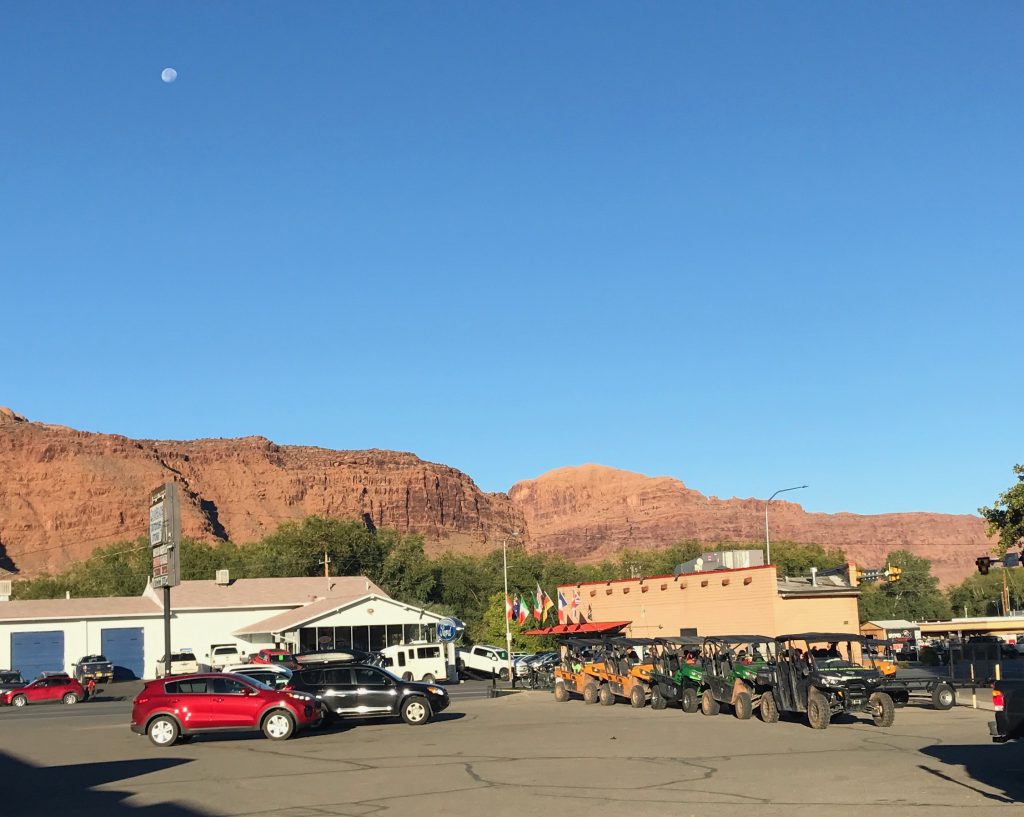 the laundromat had a coin operated internet. a first for us. we did not take advantage of this excellent deal. 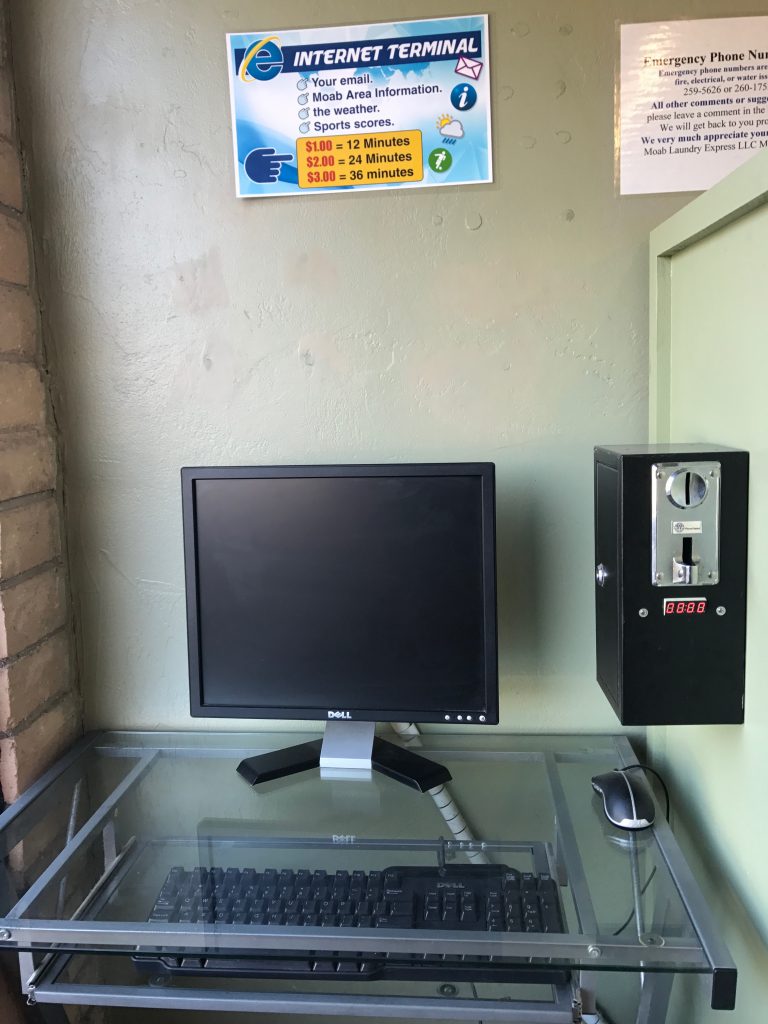 later in the week, when our friends were camping with us, derek and i went on a date night. this was our first activity. so romantic. 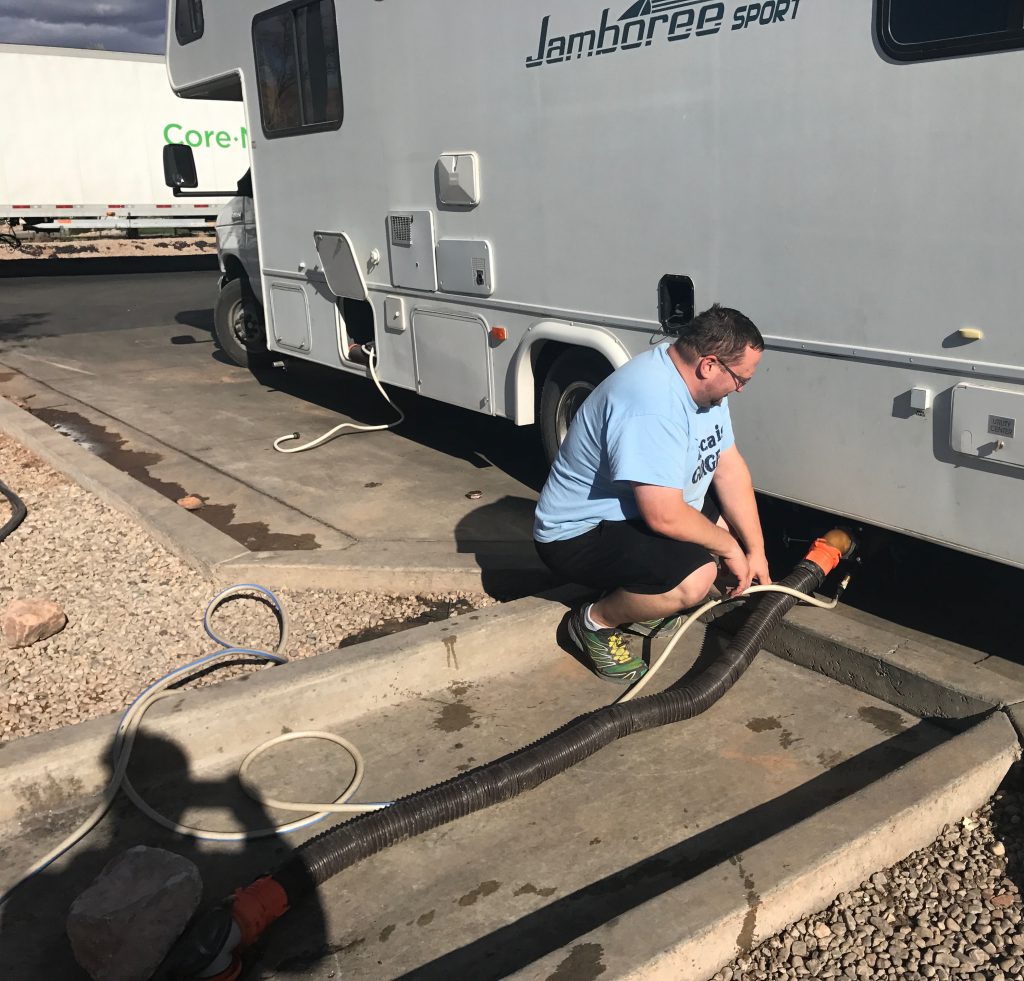 when camper upkeep was complete, we went to dinner at the moab brewery. 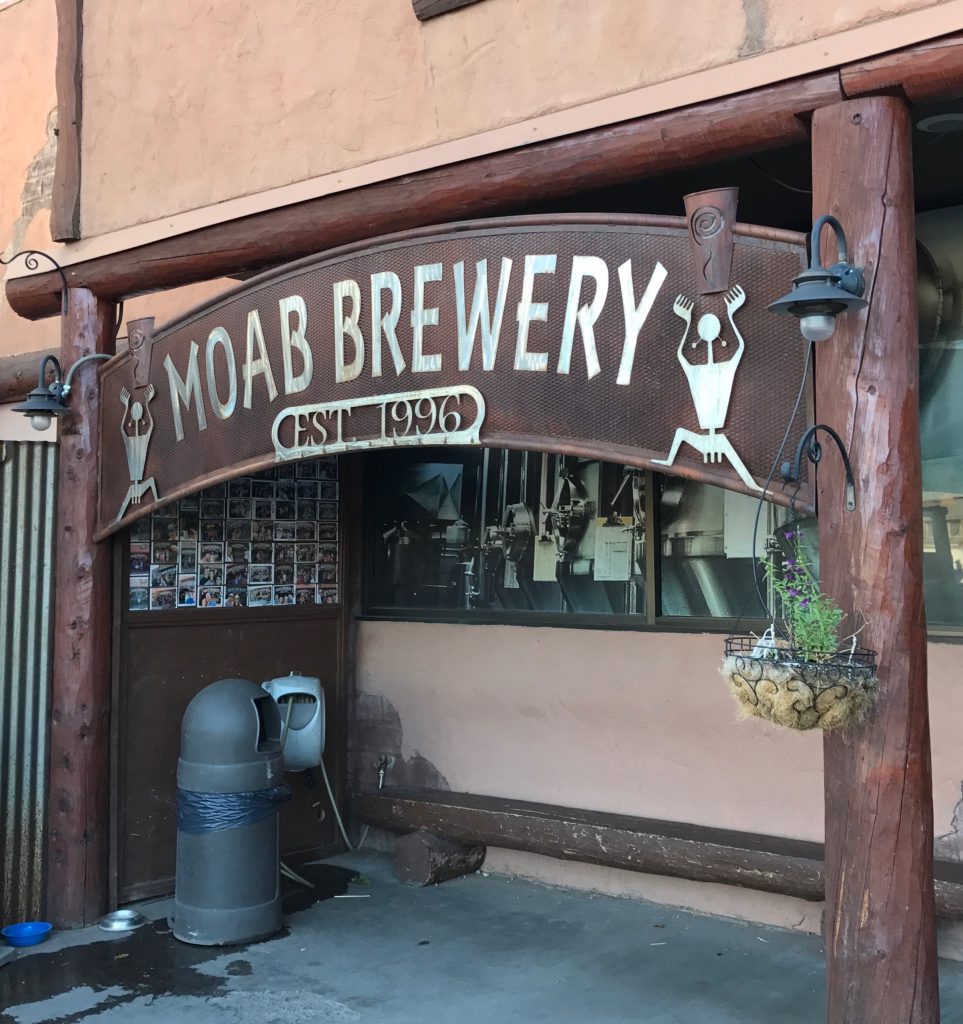 we kicked things off with an appetizer of poutine fries. so good. 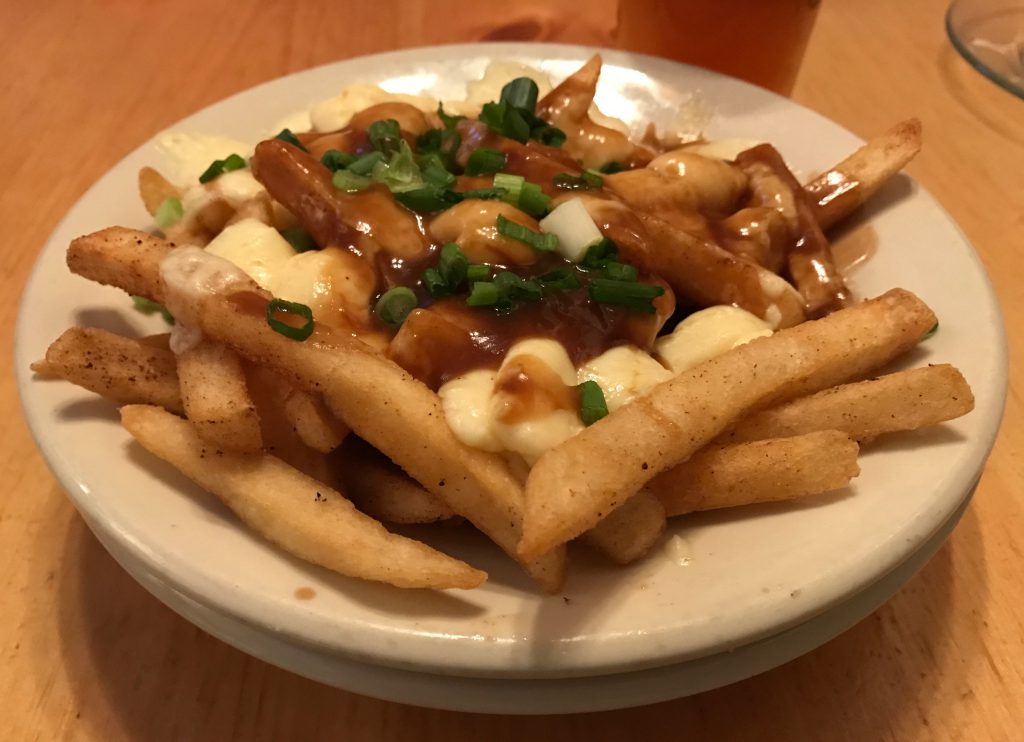 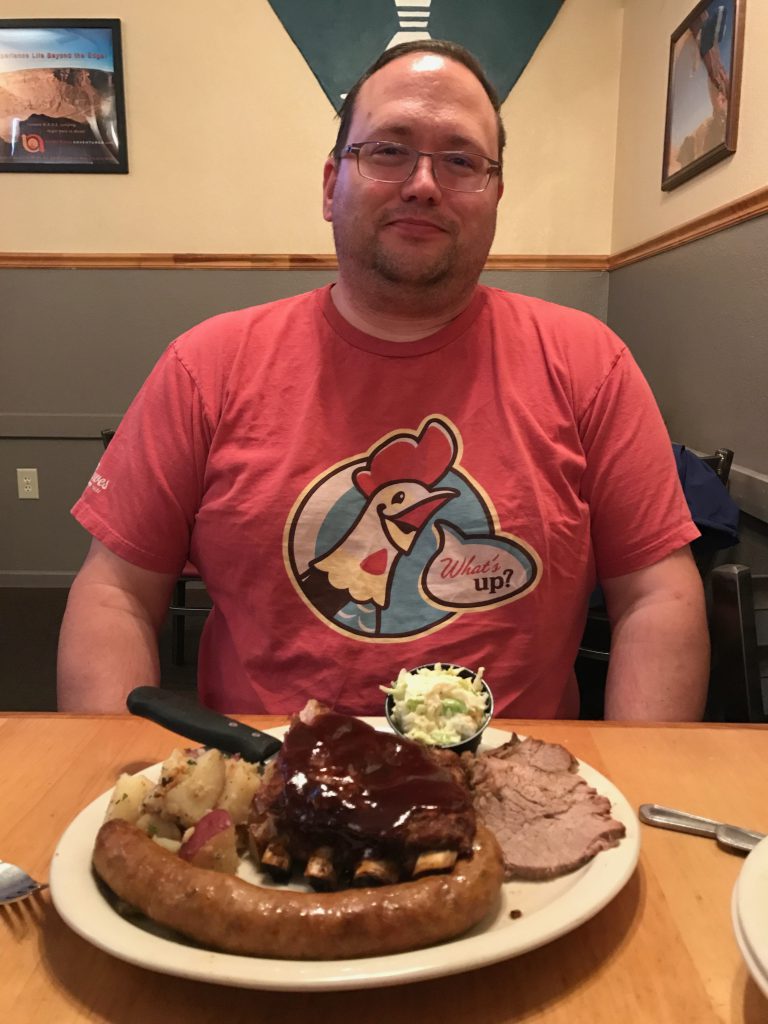 i went with the philly cheesesteak. also mediocre. 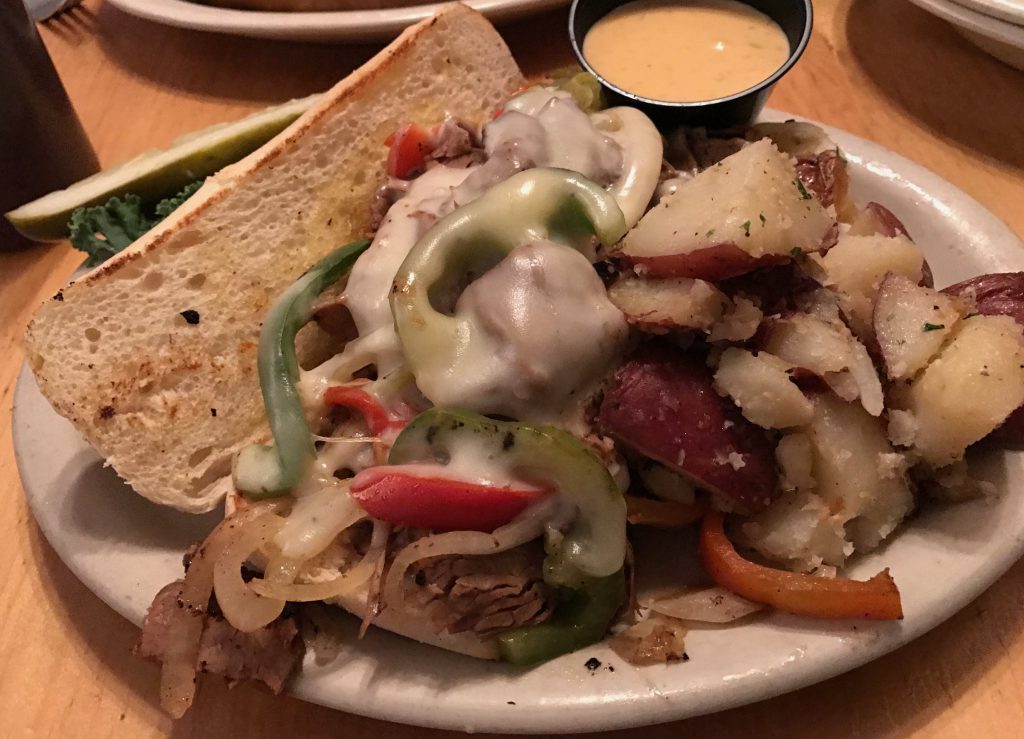 since we had friends with us for the entire last week in moab, this pretty much concludes my downtime miscellany post. i’ll leave you with this photo that popped up in my timehop app from 6 years ago. it’s theannababy, performing daring feats of adventure, a sign of things to come for this kiddo. 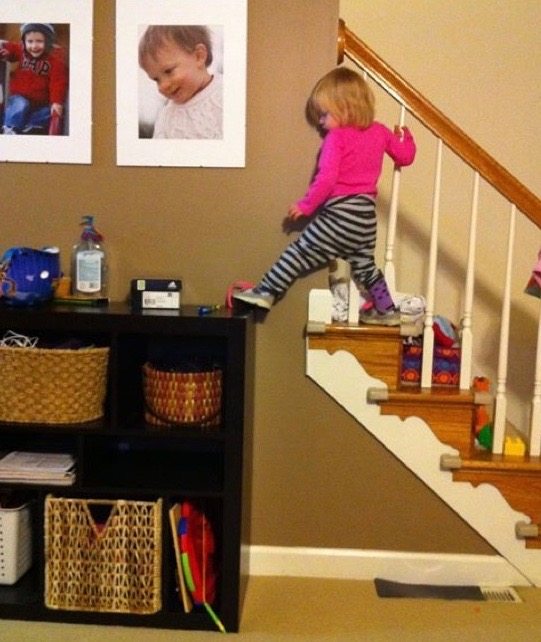 and that it for moab (except of that possible 4×4 post, but i make no promises).