if you actually read my blog posts, you may remember that i mentioned that, on our san diego zoo adventure, anna was bummed that we never made it to the tiger exhibit. so, we promised to take her to the next zoo that had tigers that we came across in our travels. well, she didn’t have to wait long. the phoenix zoo has tigers. and it wasn’t too far from where we were staying. so, off we went, if only to see tigers…

the tigers were sort of close to the entrance, we we zipped over to see them, first and foremost. anna was a happy camper… 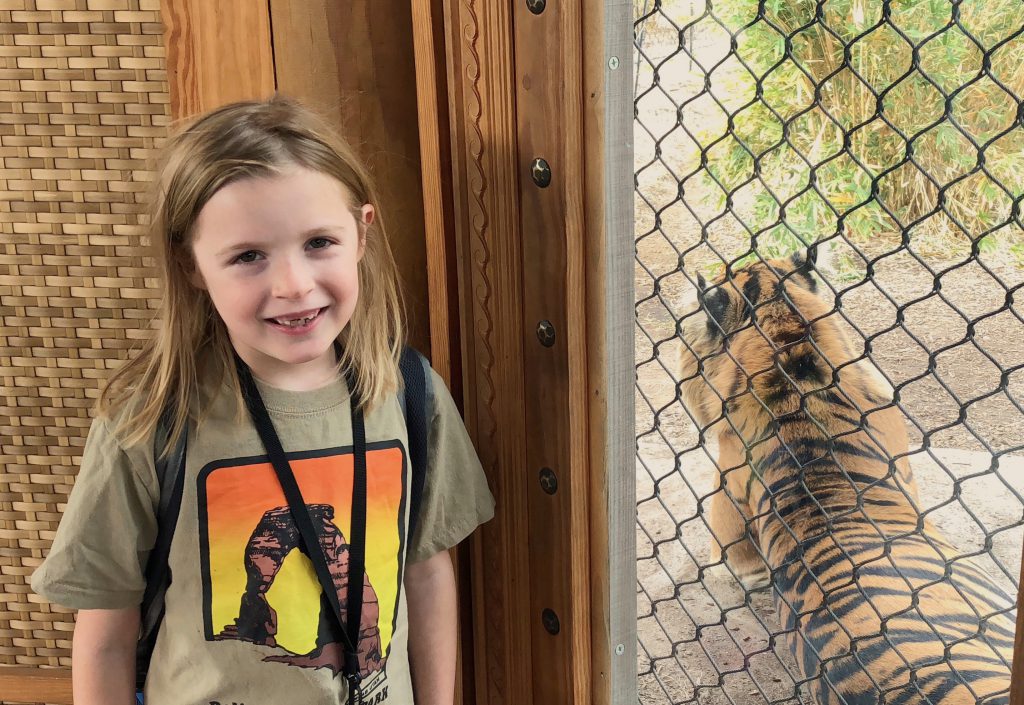 …even if the tigers did not care one bit how much she wanted to see them. jerks. 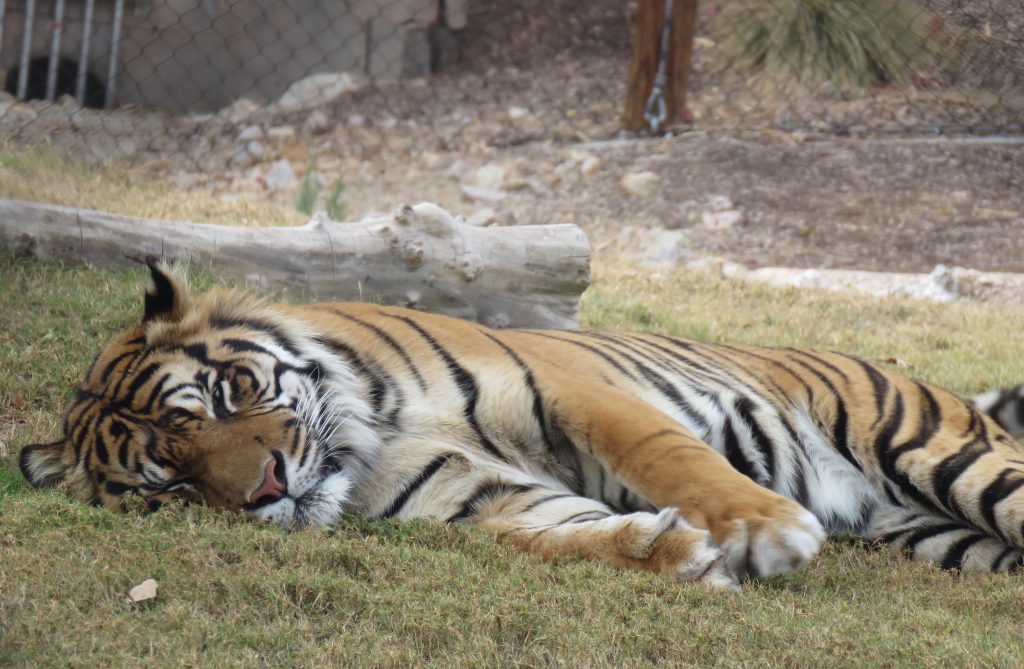 from there, we had no plans for the day. we sort of figured the kids would be all zooed out, so we just headed off to explore, with little expectations… 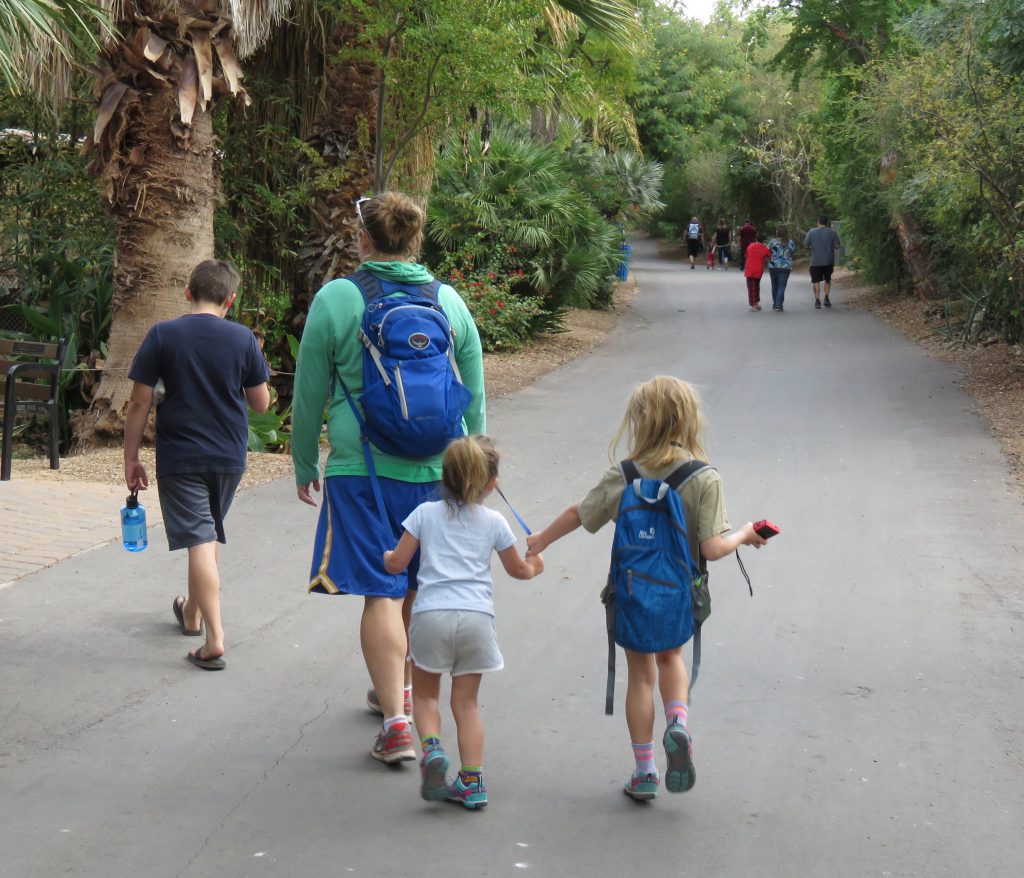 we came to the “columbia” section of the zoo, which had some cool props to make us feel like we were actually in columbia, i guess? 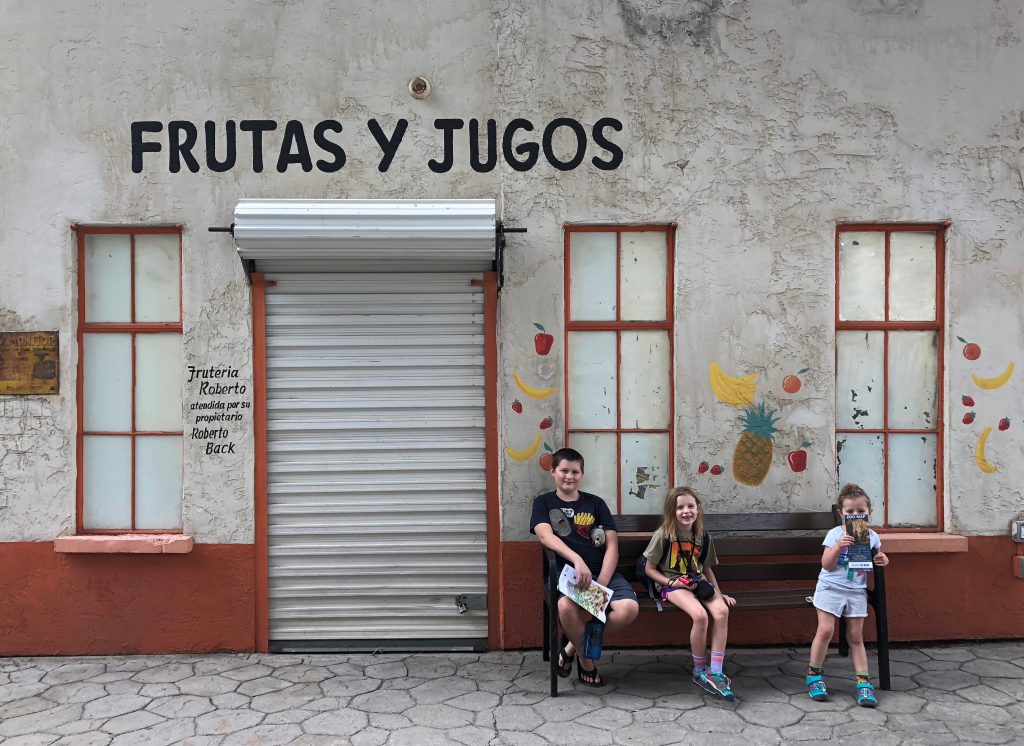 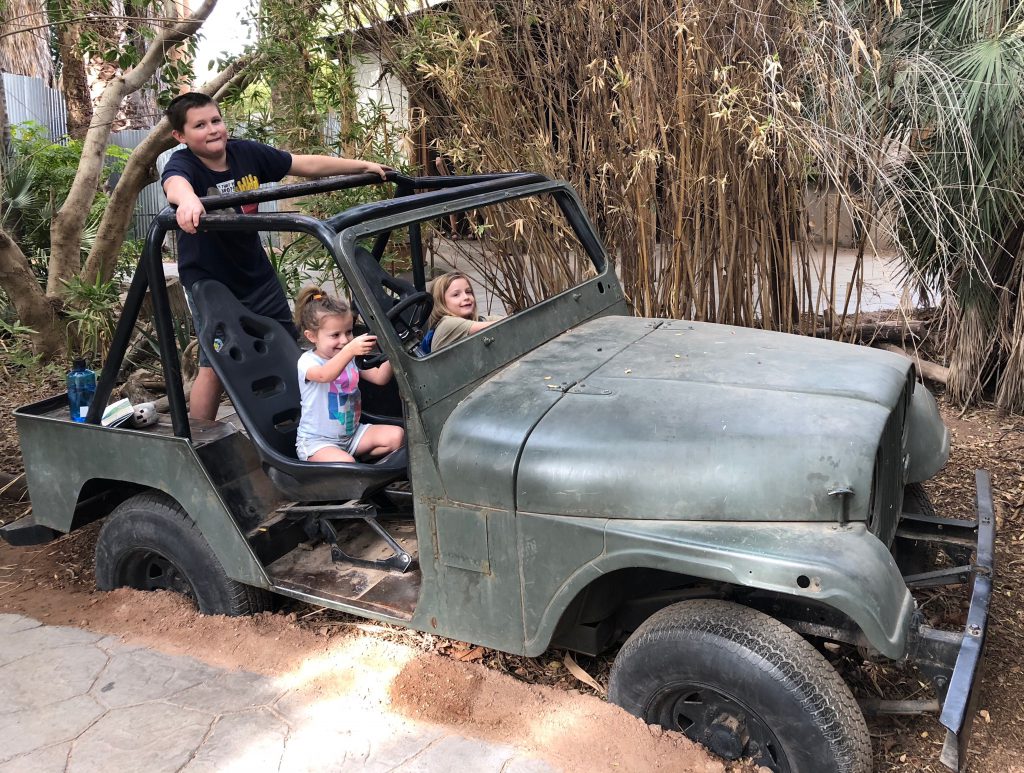 pretty much, our favorite part, or at least mine, was the monkey habitat. it was open, so you actually walked around with frolicking monkey friends, who may or may not climb above you and attempt to “mark” you. we took a million pictures and laughed at monkey antics and escaped unmarked. 🙂 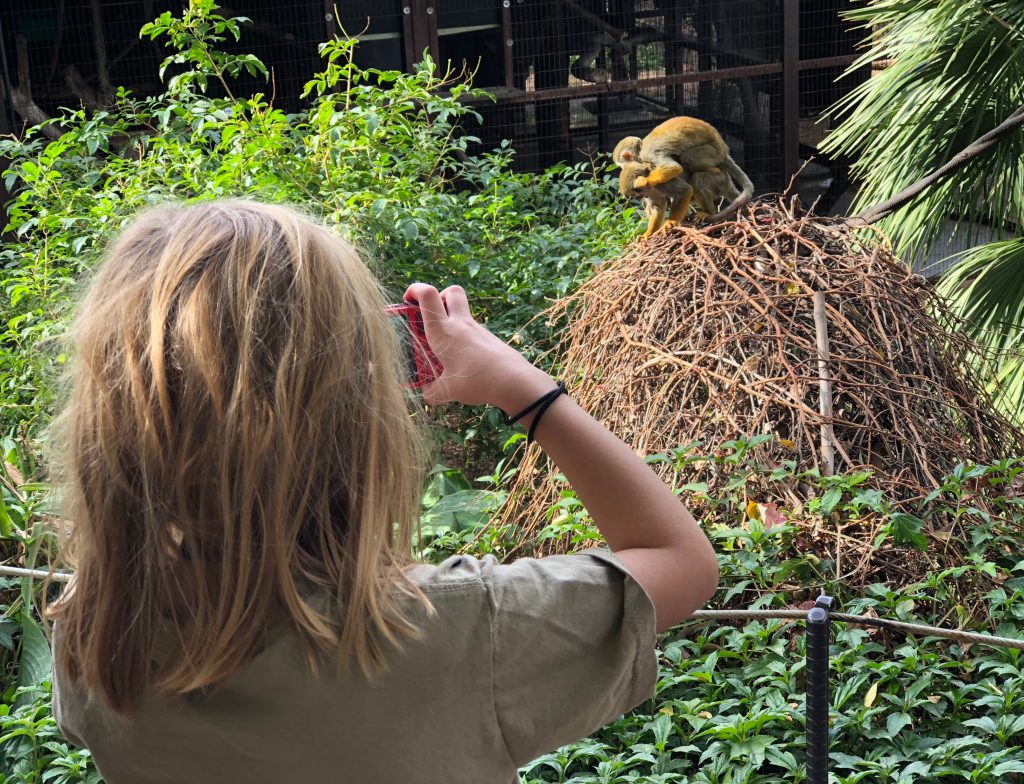 one of the zoo staff members was telling us that most of the monkeys are pretty well trained at this point and don’t mess with the humans, but one of these two is still pretty young and occasionally goes on a bit of a party spree, running around visitors and messing with people. 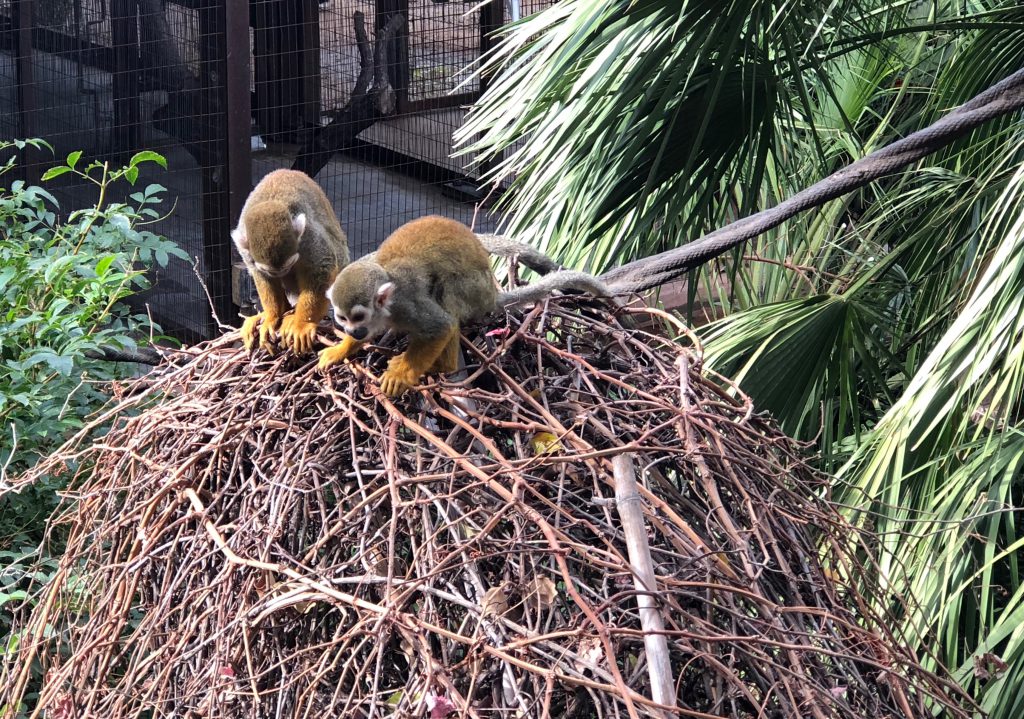 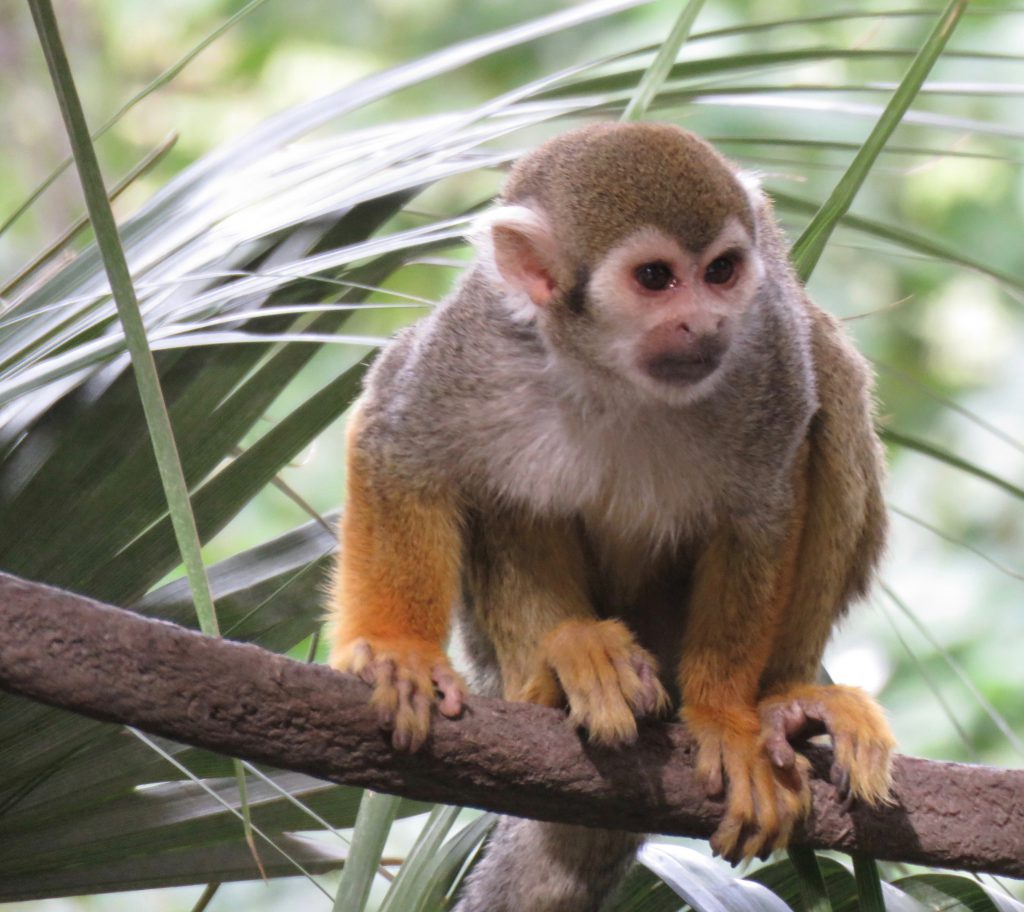 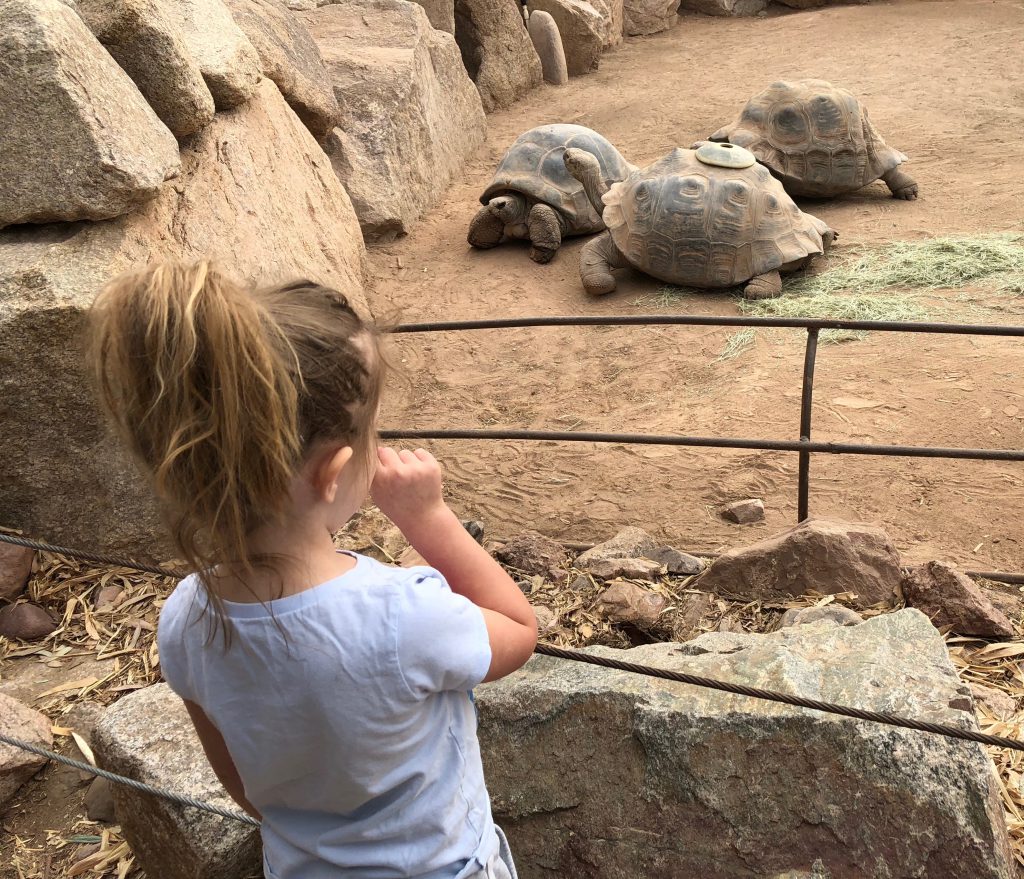 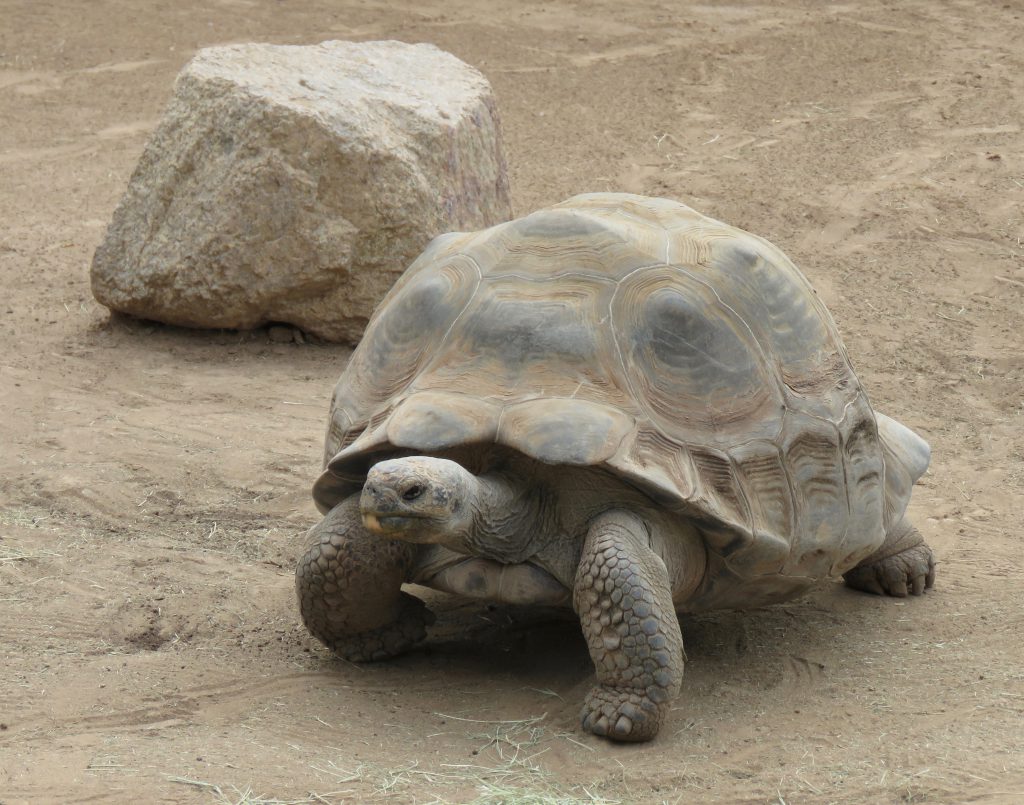 i’m not much of a bird fan, but parrots are alway pretty cool. 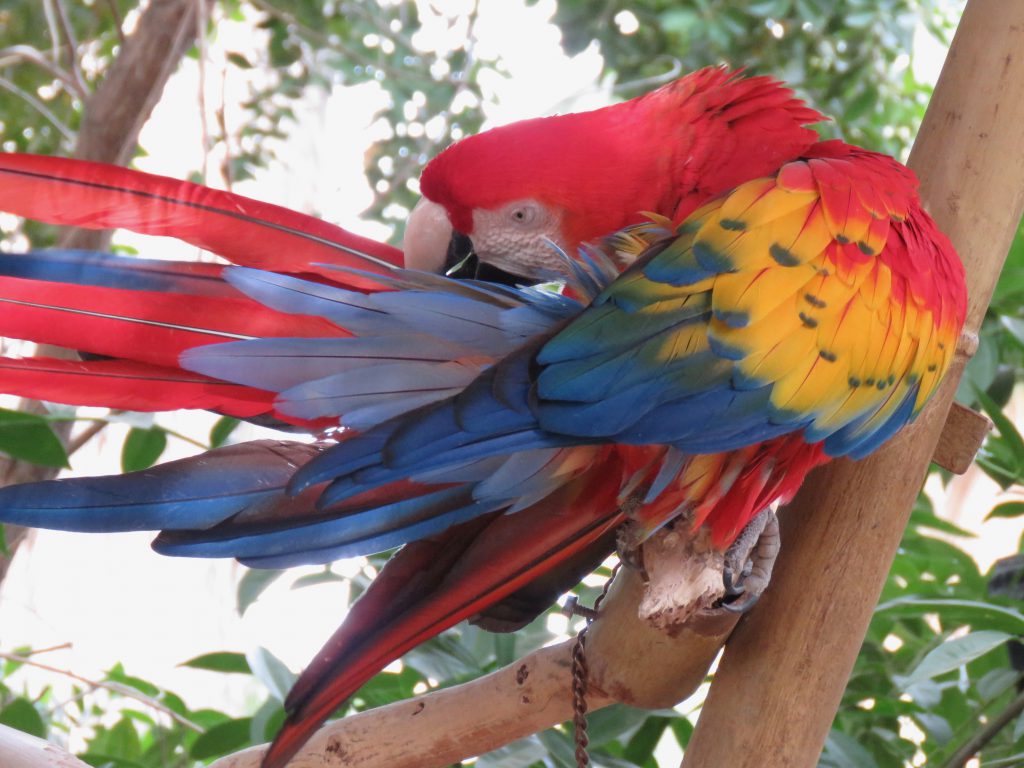 despite having just been to a zoo a week or so before this, the kids couldn’t get enough. i was pleasantly surprised. so, we just kept walking. and checking out animals. lizards. 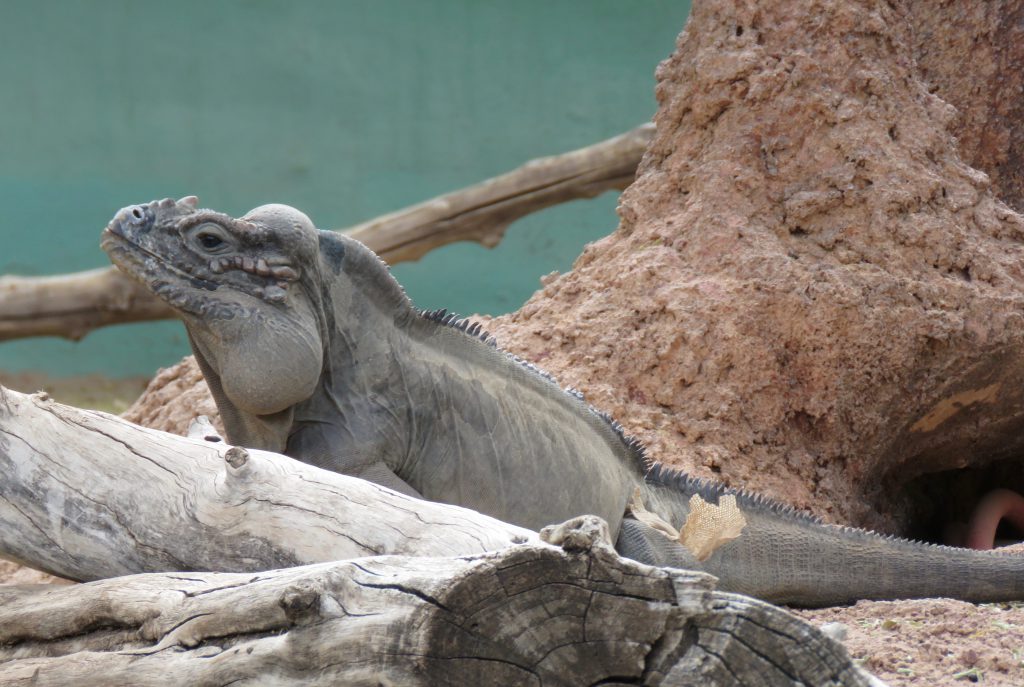 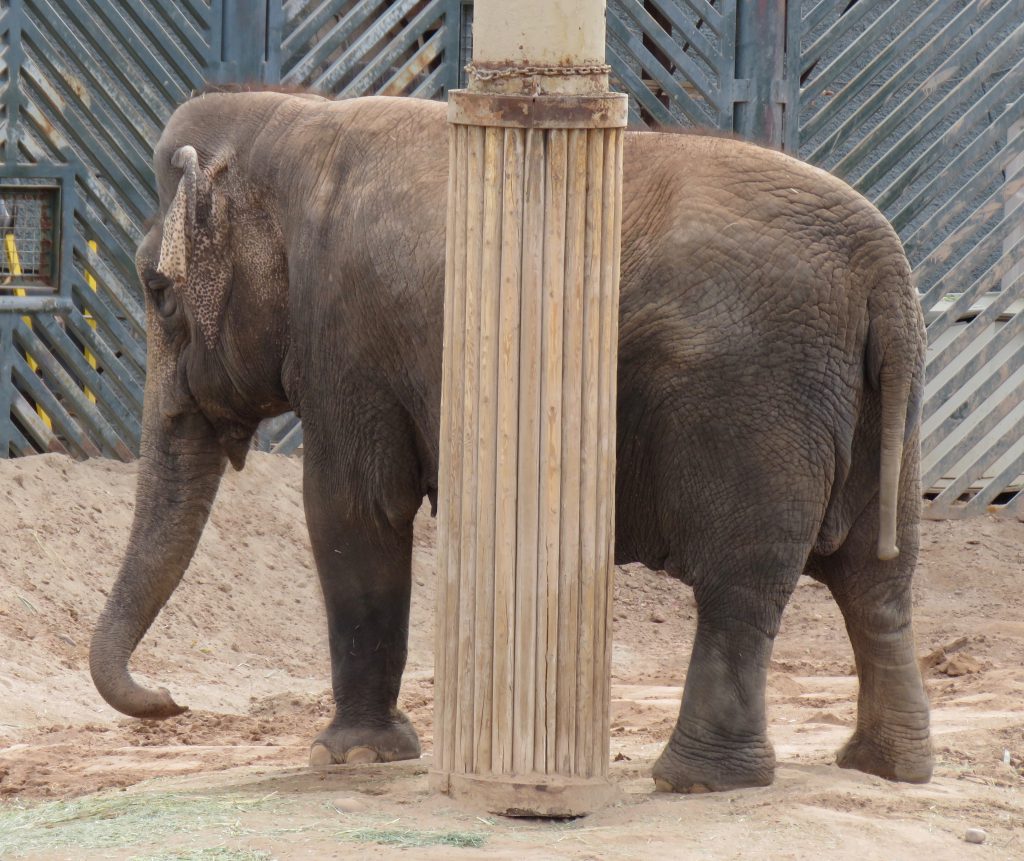 flamingos that aren’t freakishly pink because of added food coloring in their diet. 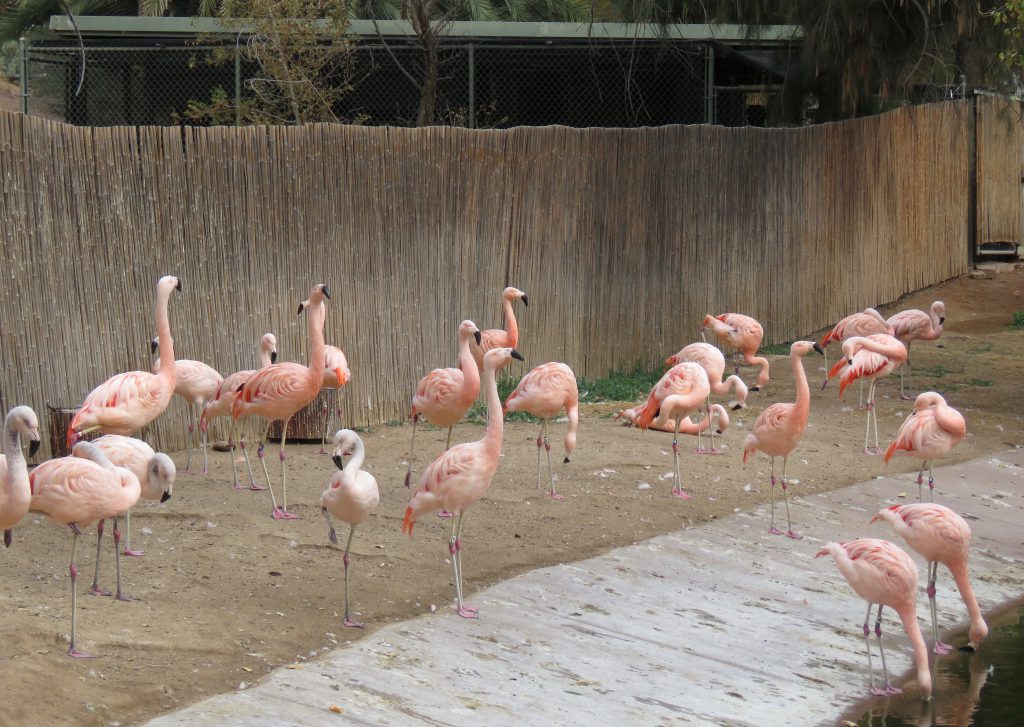 maybe a fox? i forget and maybe it was some other fox-like creature. 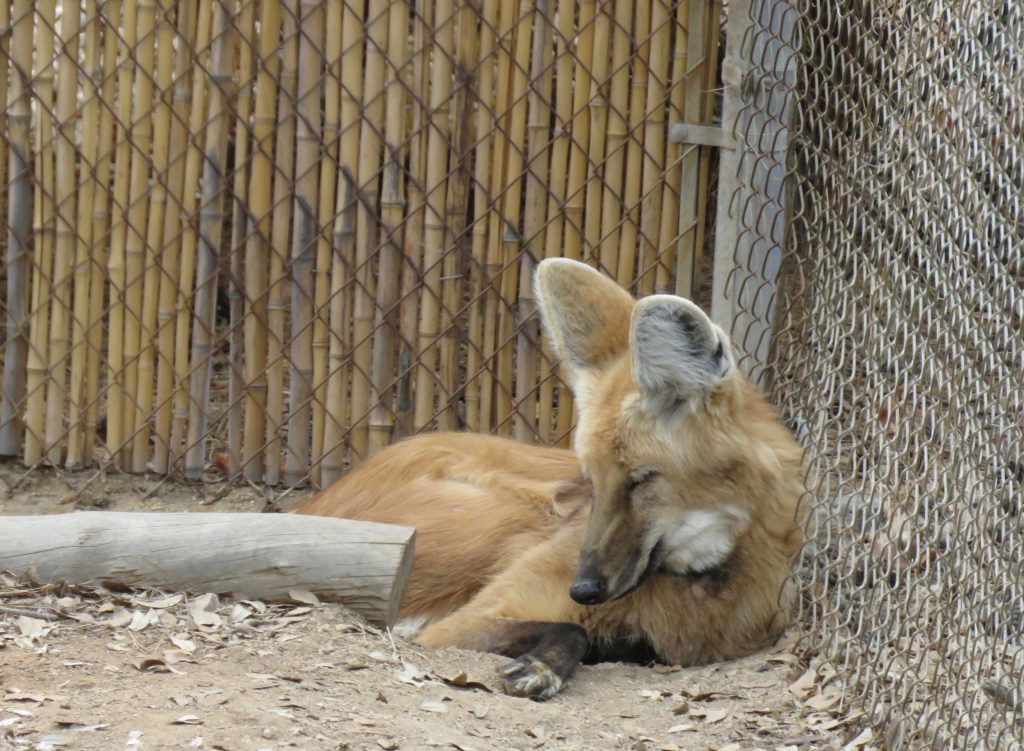 toucans. i will admit, i wasn’t super thrilled with the living quarters for a lot of the animals at this zoo. it makes me appreciate the nc zoo even more, even if you often cant get a glimpse of the animals in their giant habitats. 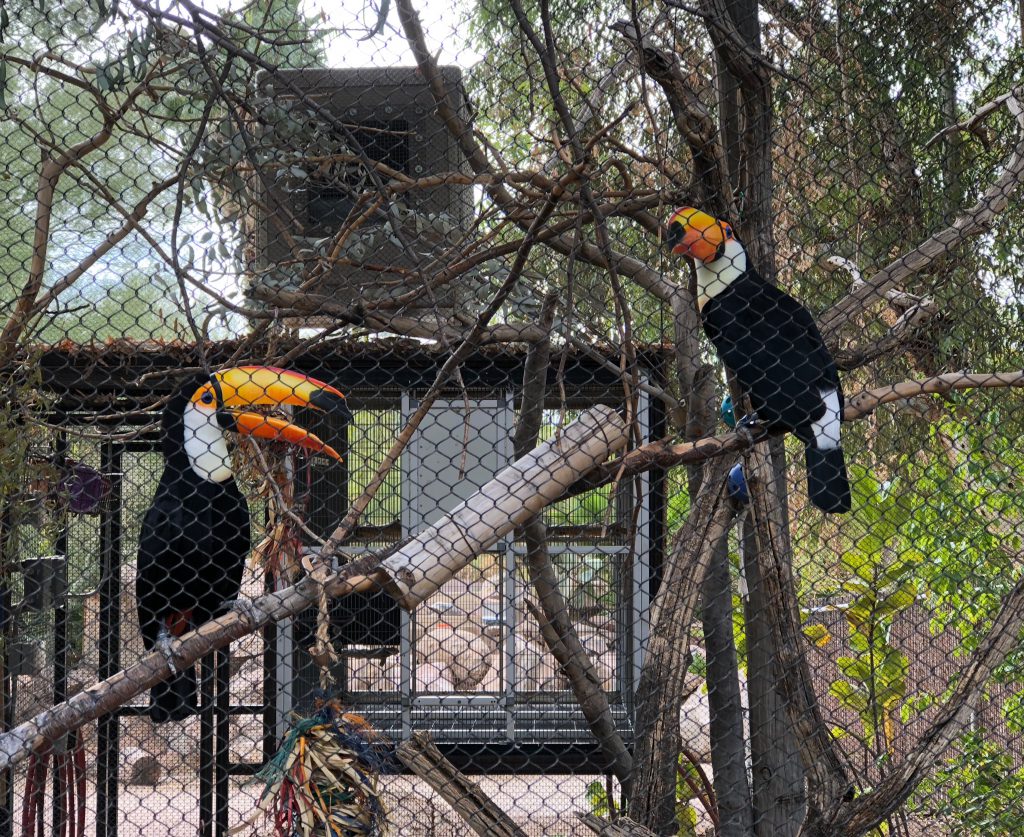 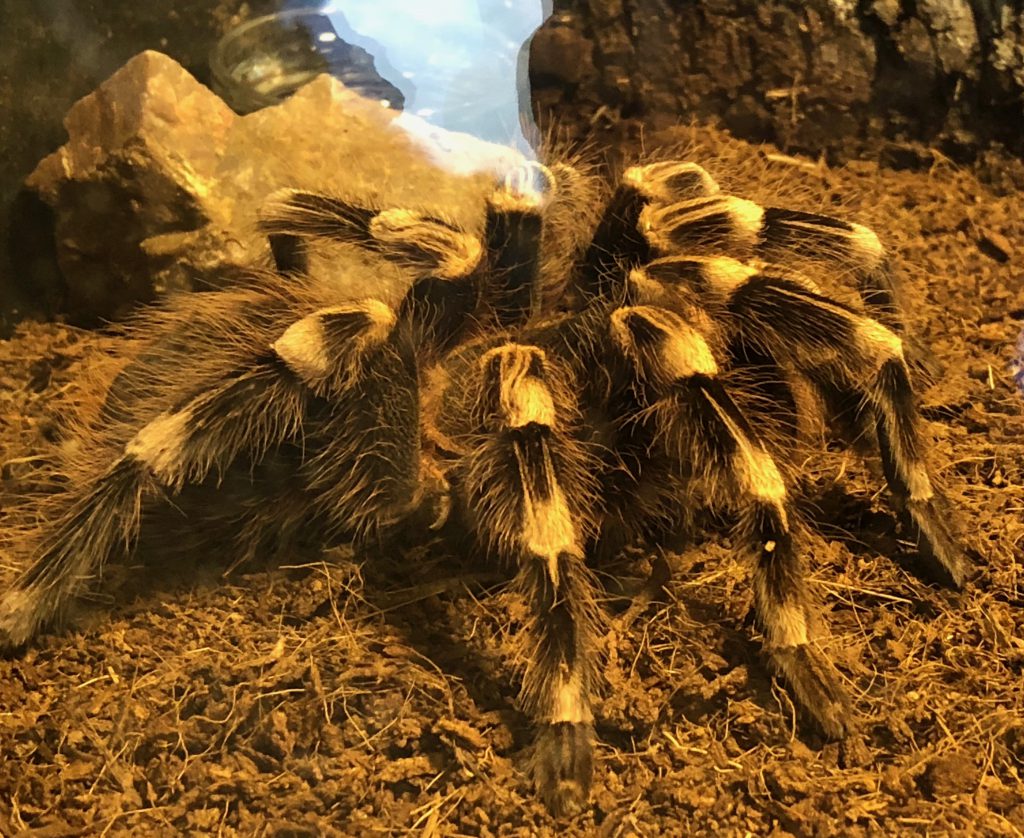 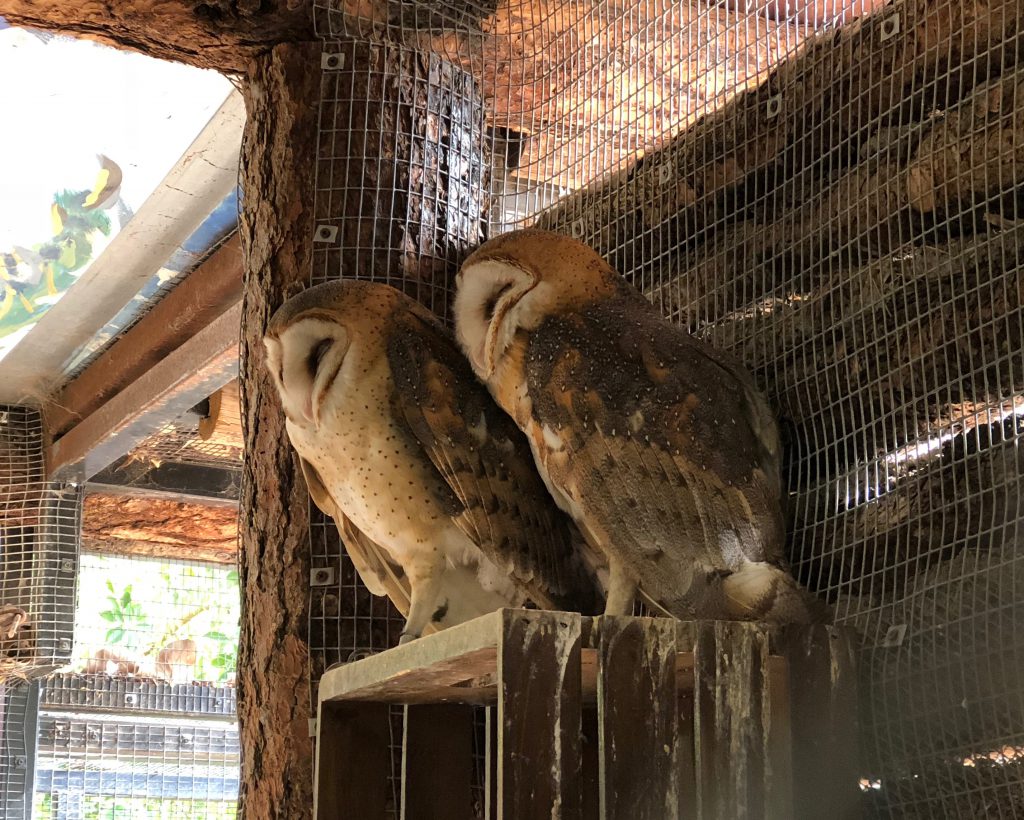 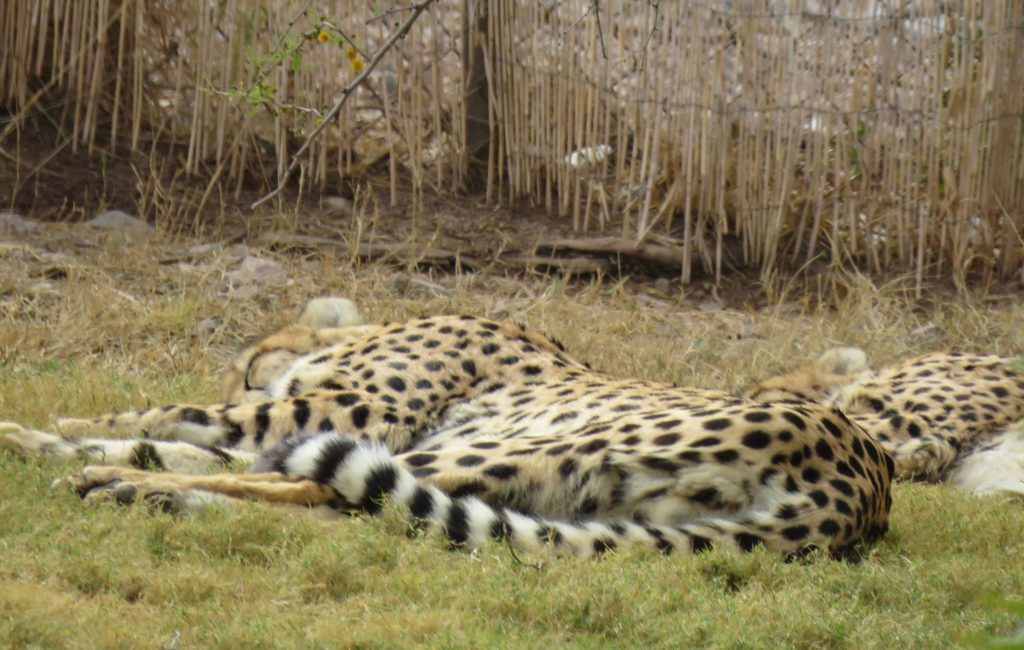 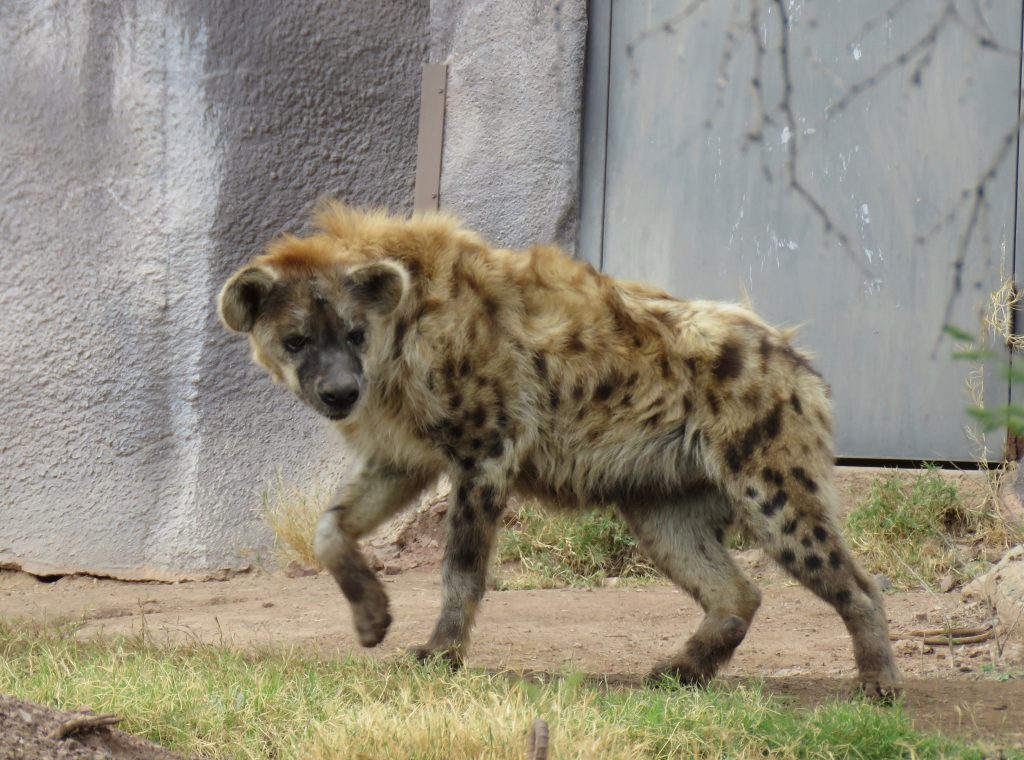 king of the jungle. 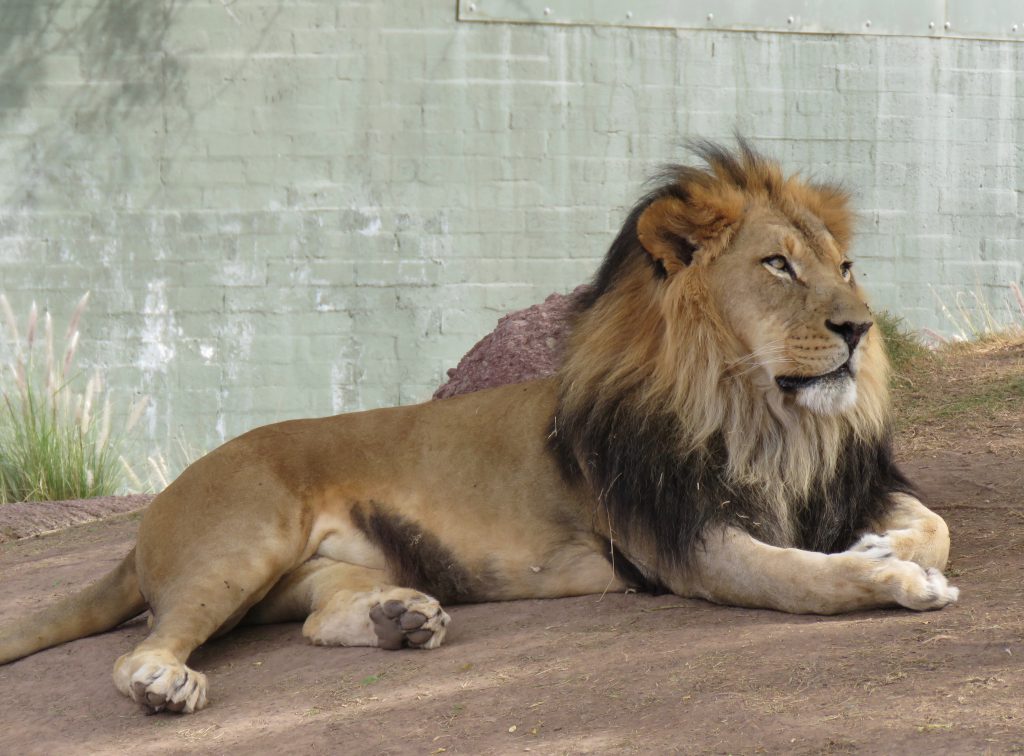 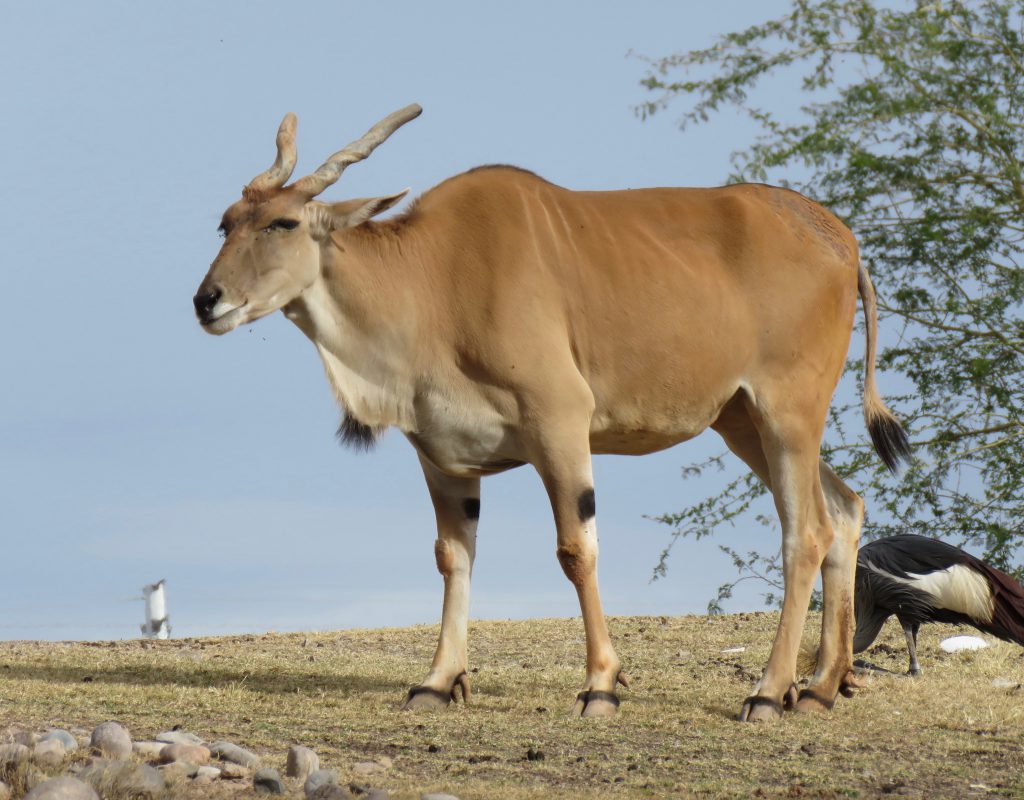 giraffe. i got this one. 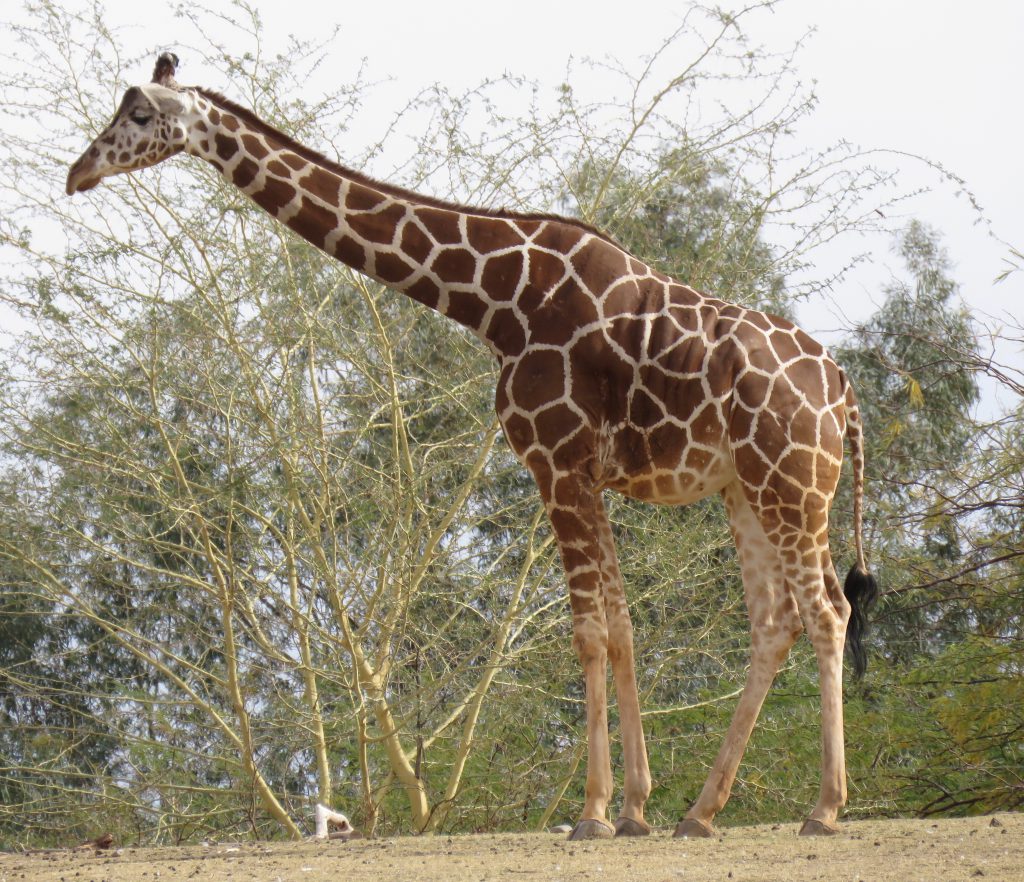 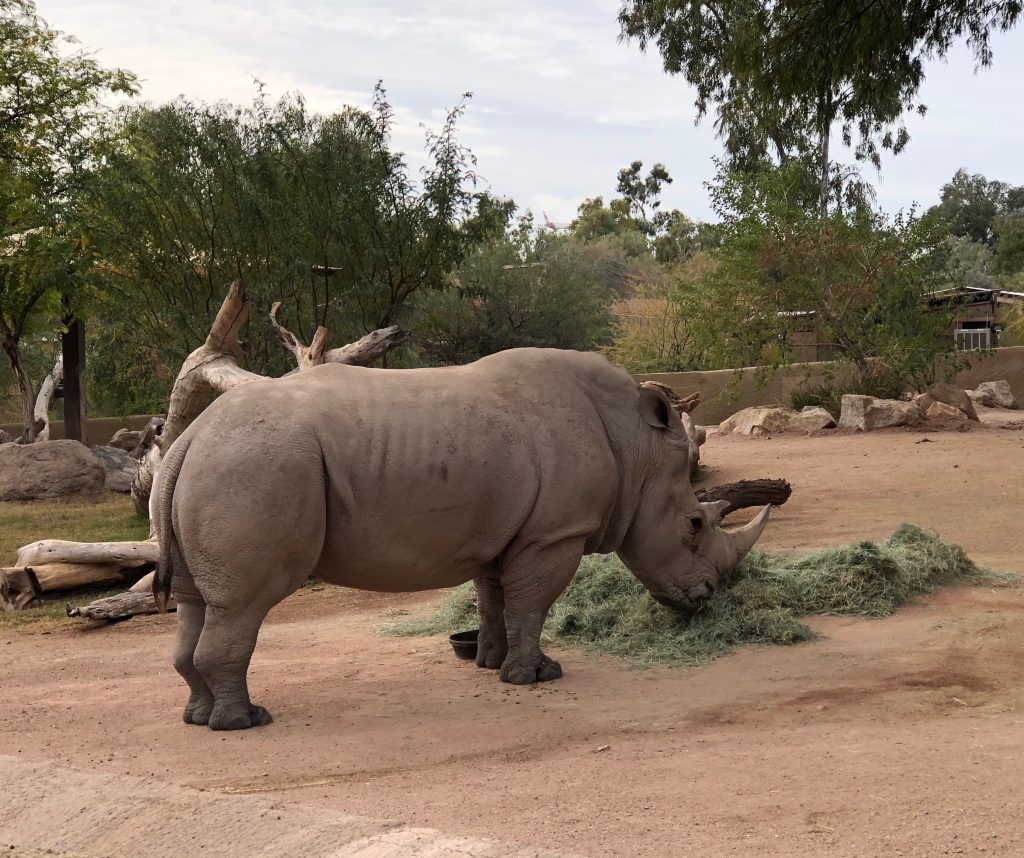 and i’ll cap things off with this monkey, showing off for her fellow primates. 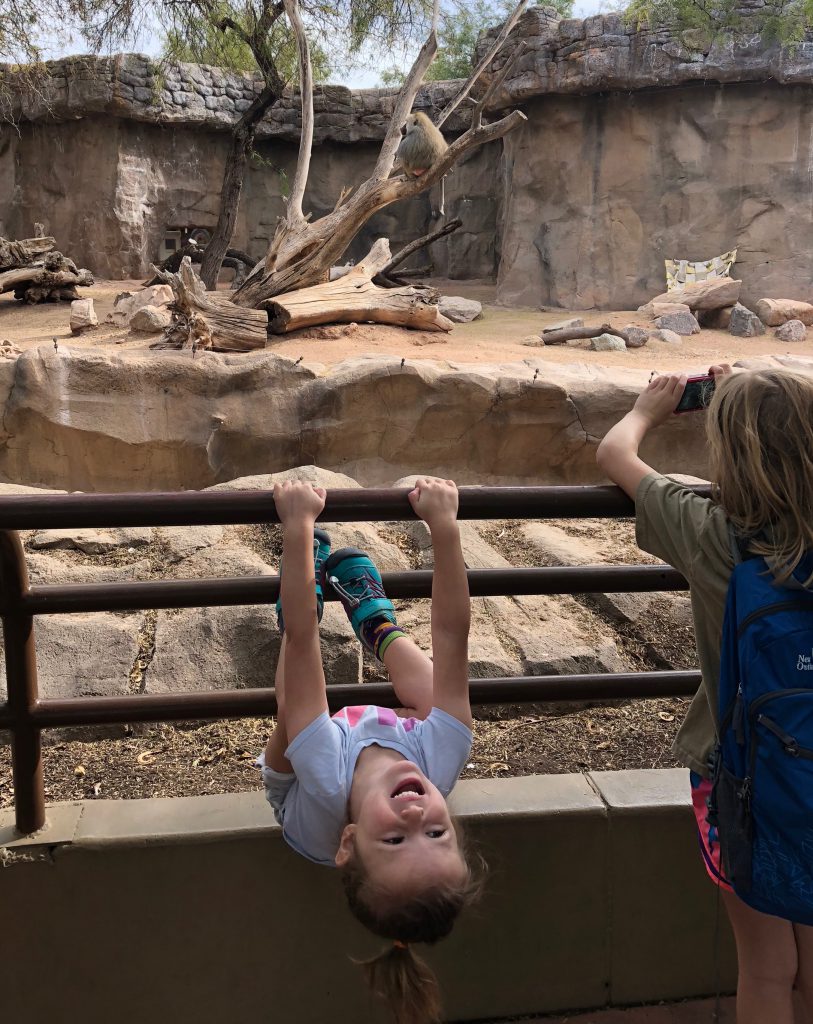 we stayed way longer than we had anticipated and had to make a quick escape, when i made spontaneous plans to go to a hockey game with a friend in the area. once again, we left before anna saw every last possible animal that she wanted to see, but this time i made no promises for future zoos.

One Reply to “phoenix zoo.tiger do over.”