after cutting our death valley stay considerably short, we needed to find somewhere nearby, with good internet and preferrably cheap. somehow, derek happened upon this little slice of heaven, an $8 a night campground, nestled on the eastern side of the sierras, with epic views on all sides. the temperature change was dramatic. as was the cell signal. everyone was happy. 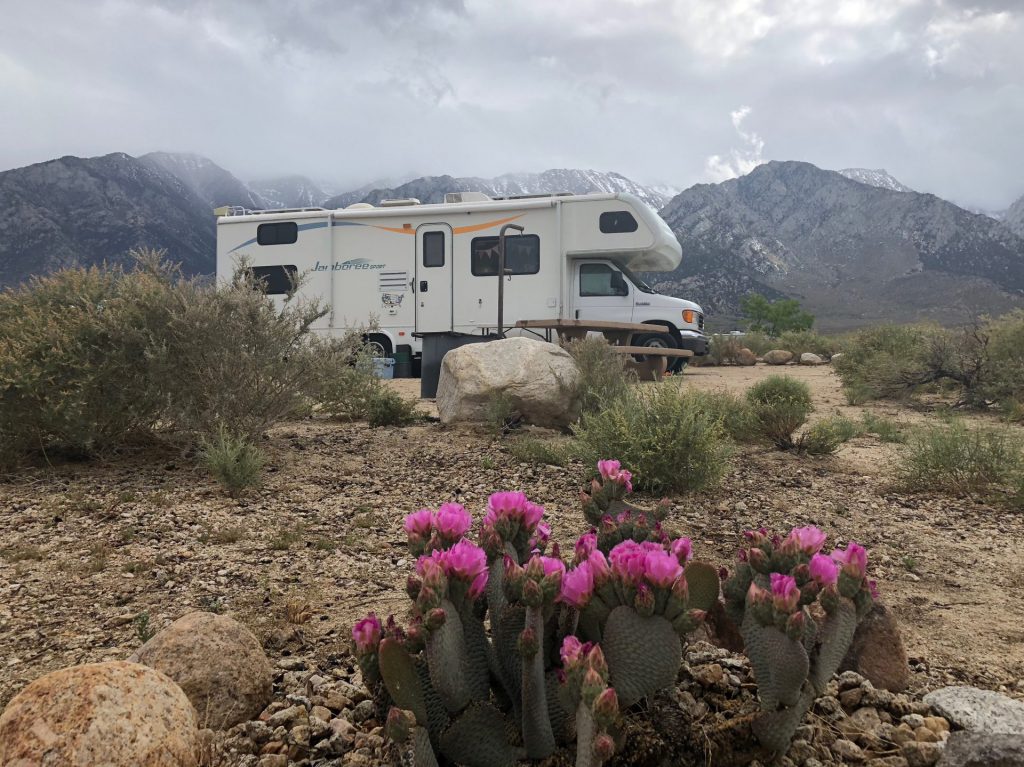 when we arrived it was a little drizzly and overcast, but the next morning, the sun was out and the mountains were beautiful. (somewhere in there, i’m not sure where, is the tallest peak in the 48 lower states, mt. whitney). 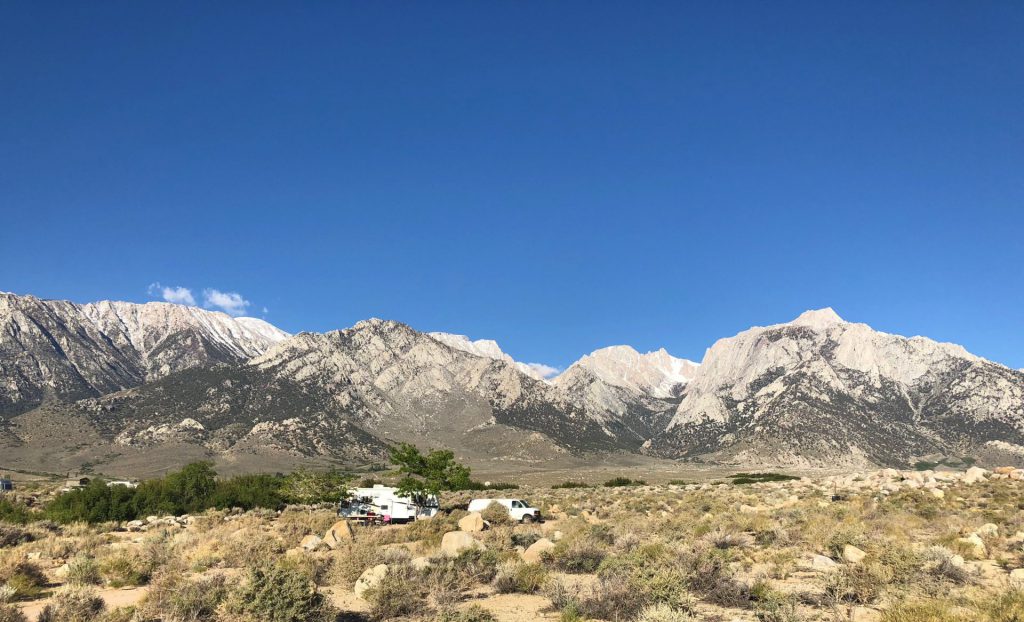 as soon as it was remotely warm enough, i bathed all the people. but since we didn’t have hookups, it would have to be outdoor showers. 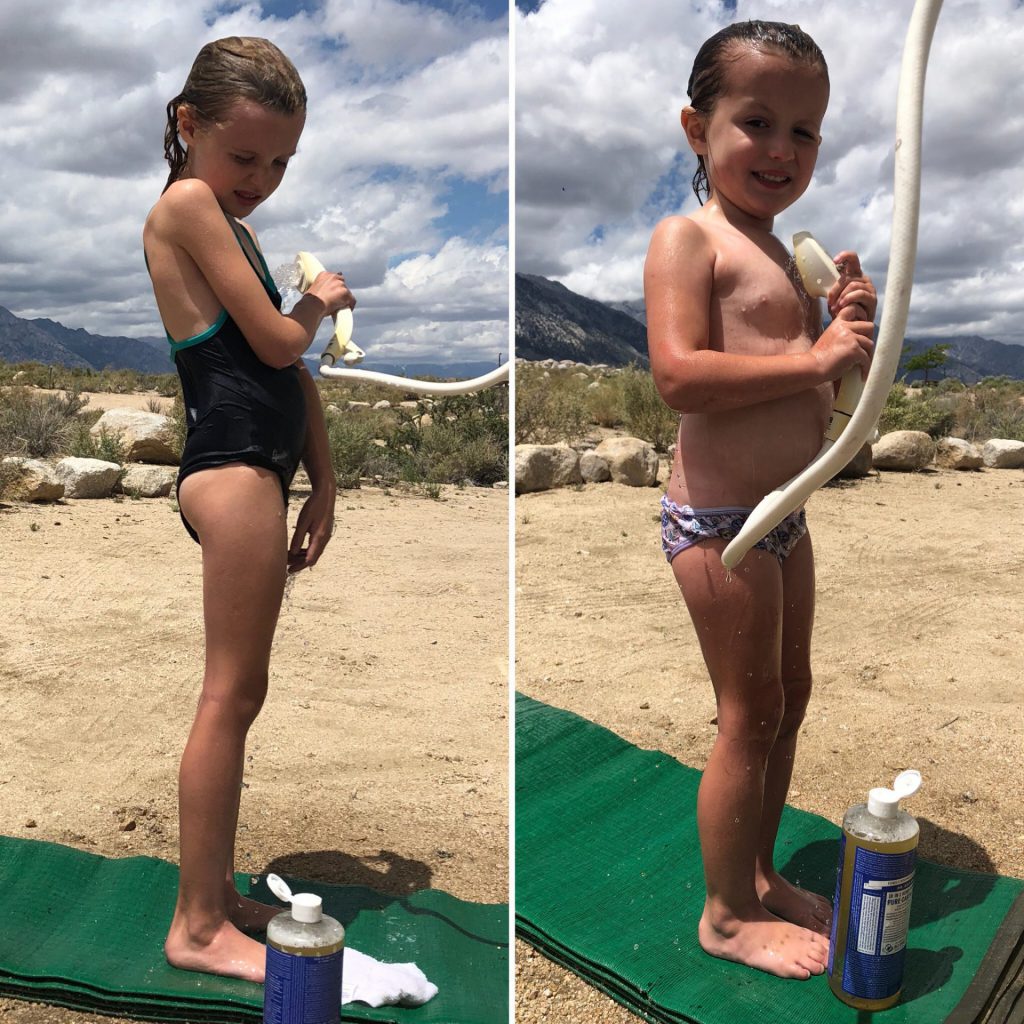 when we planned for a week at death valley, we assumed we would be inside a lot in the hot afternoons, so derek picked up a bunch of craft supplies for the kiddos. so, even though we weren’t at death valley, and the temperature was perfect for being outside, the kids made one hundred wooden popsicle stick creations. 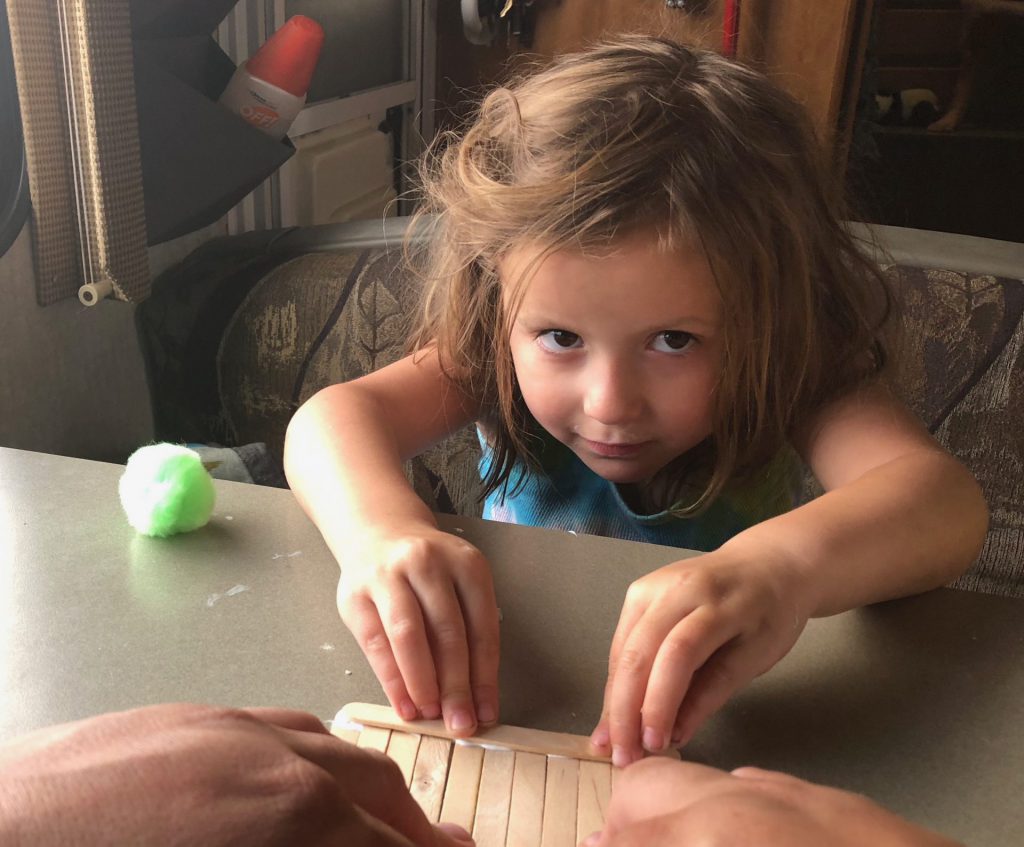 on the first morning, i stockpiled cooked bacon, for easy breakfasts in the week. 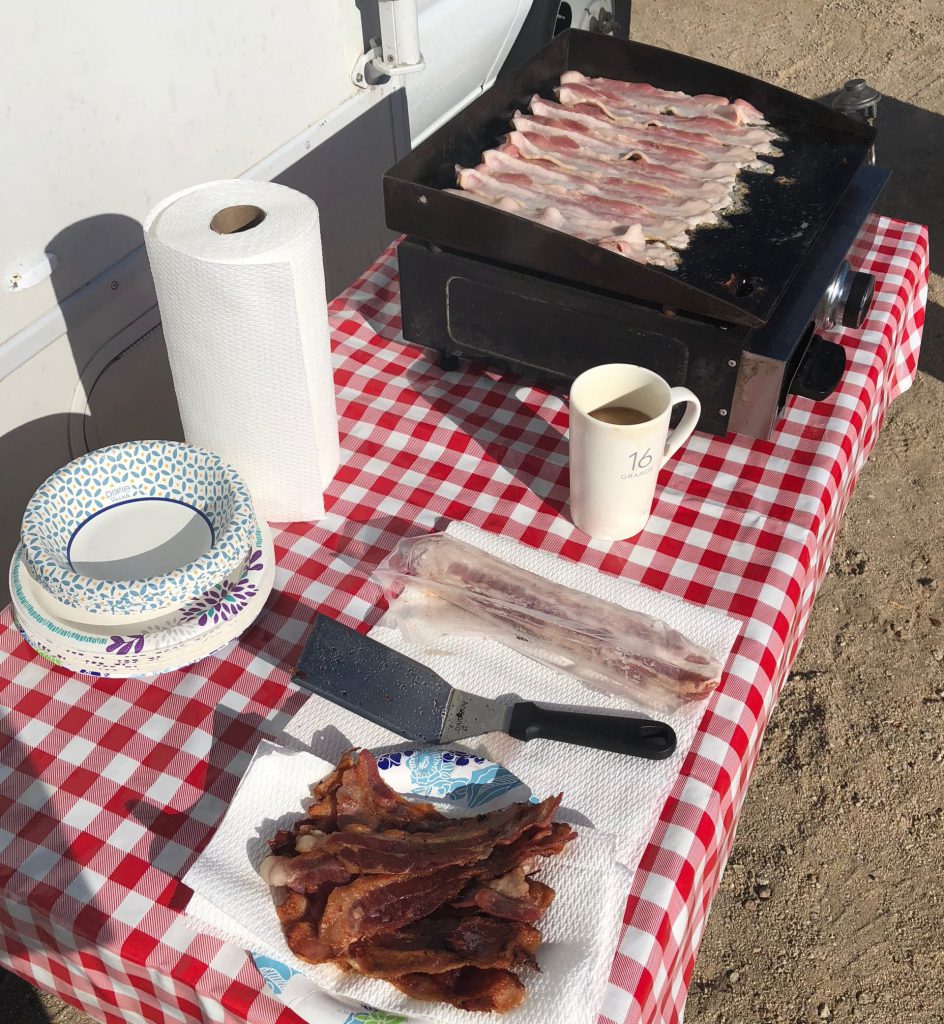 between the mountains and the nearest town (lone pine), there’s a crazy cool area called the alabama hills recreation area. it’s basically mounds and mounds of metamorphic rock, a lot like joshua tree, stretching for about mile or two or probably more, parallel to the mountains. it’s public land, blm, and there’s free camping wherever. so anna and i decided that we would go tent camp for a night, so she could get a bit of climbing in. first, we scouted spots.

the next day, we packed up and headed out, only about 4 miles down the road. the site we chose had pretty good views. 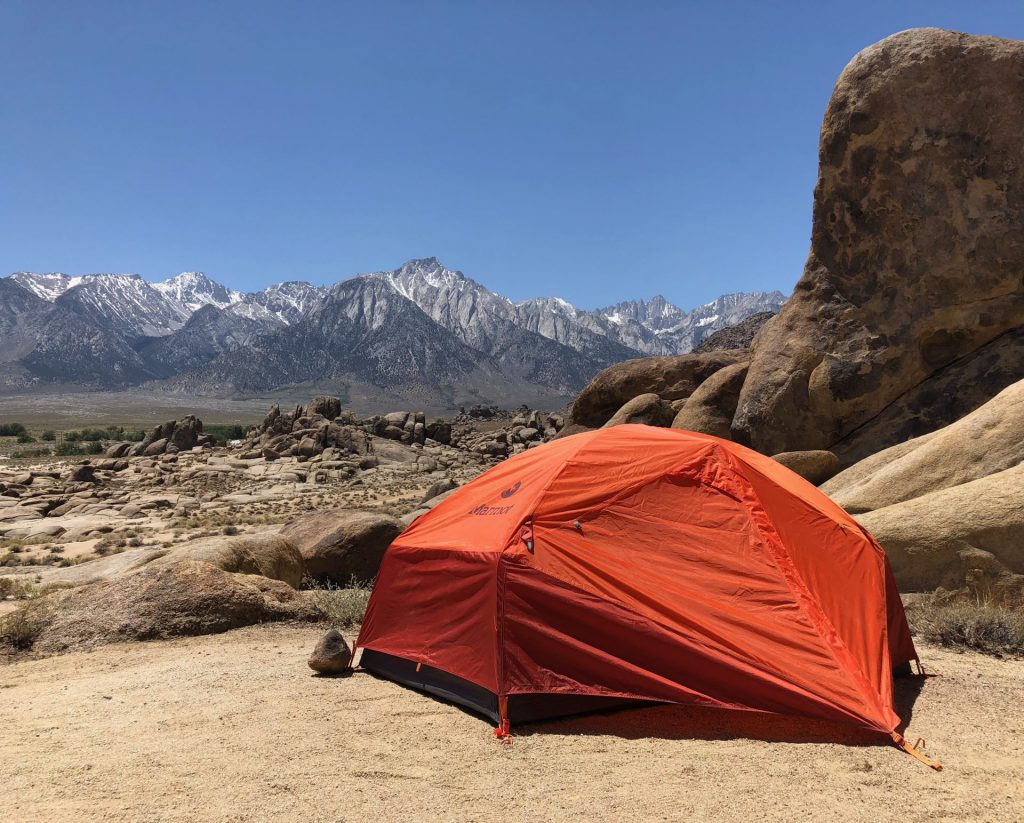 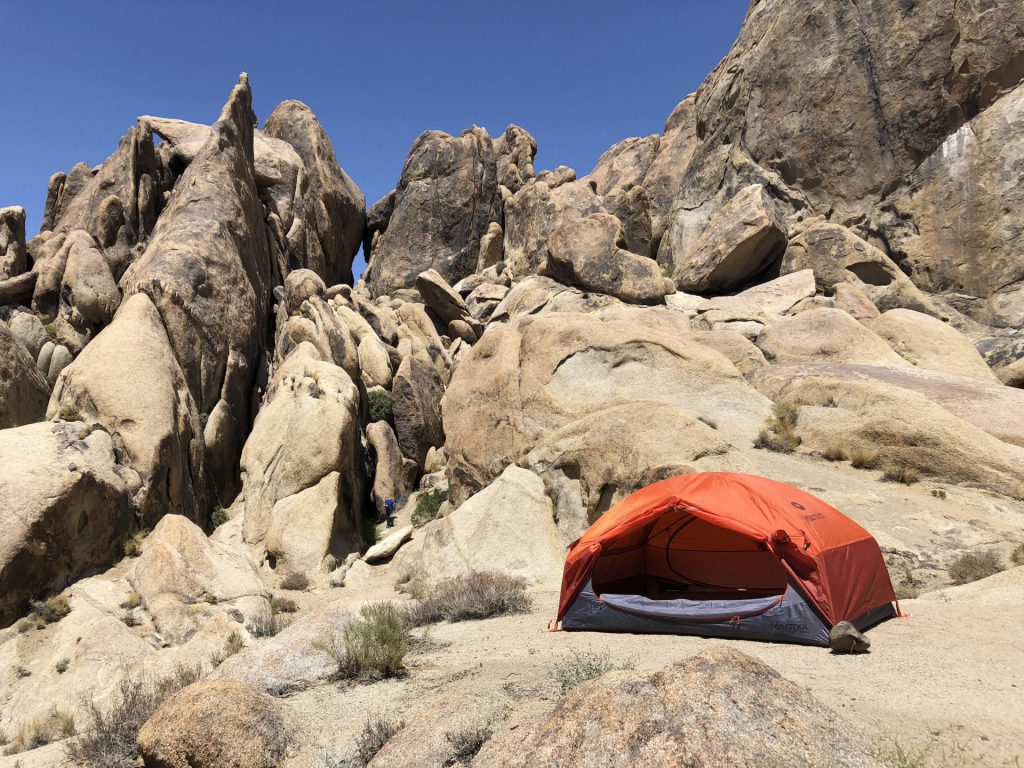 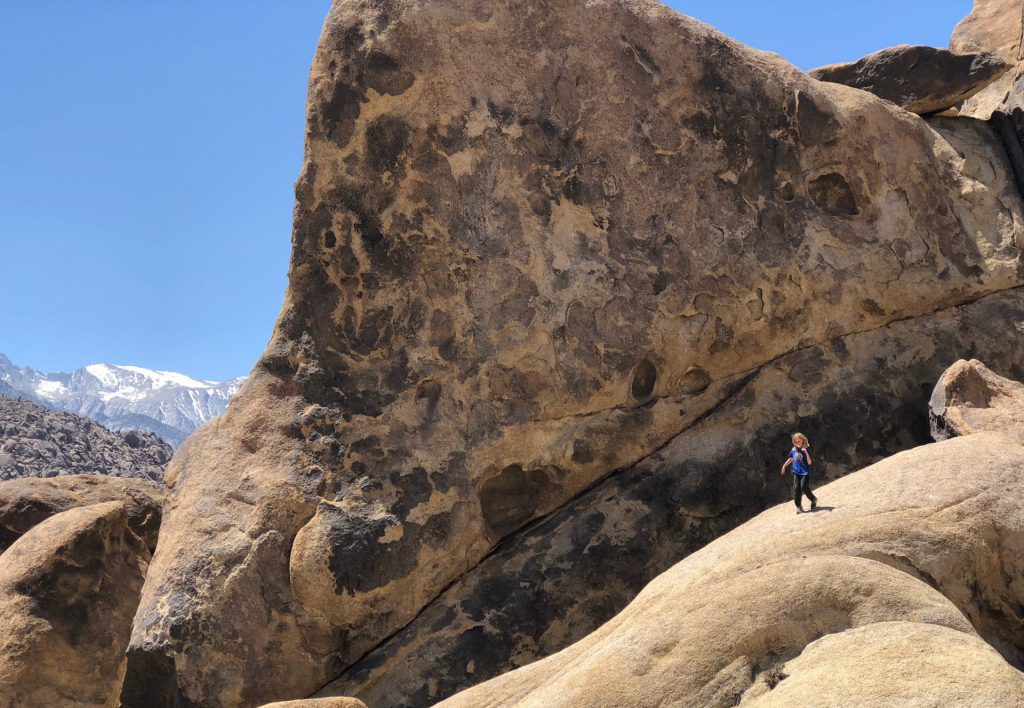 i may or may not have taken 50 pictures of this view. 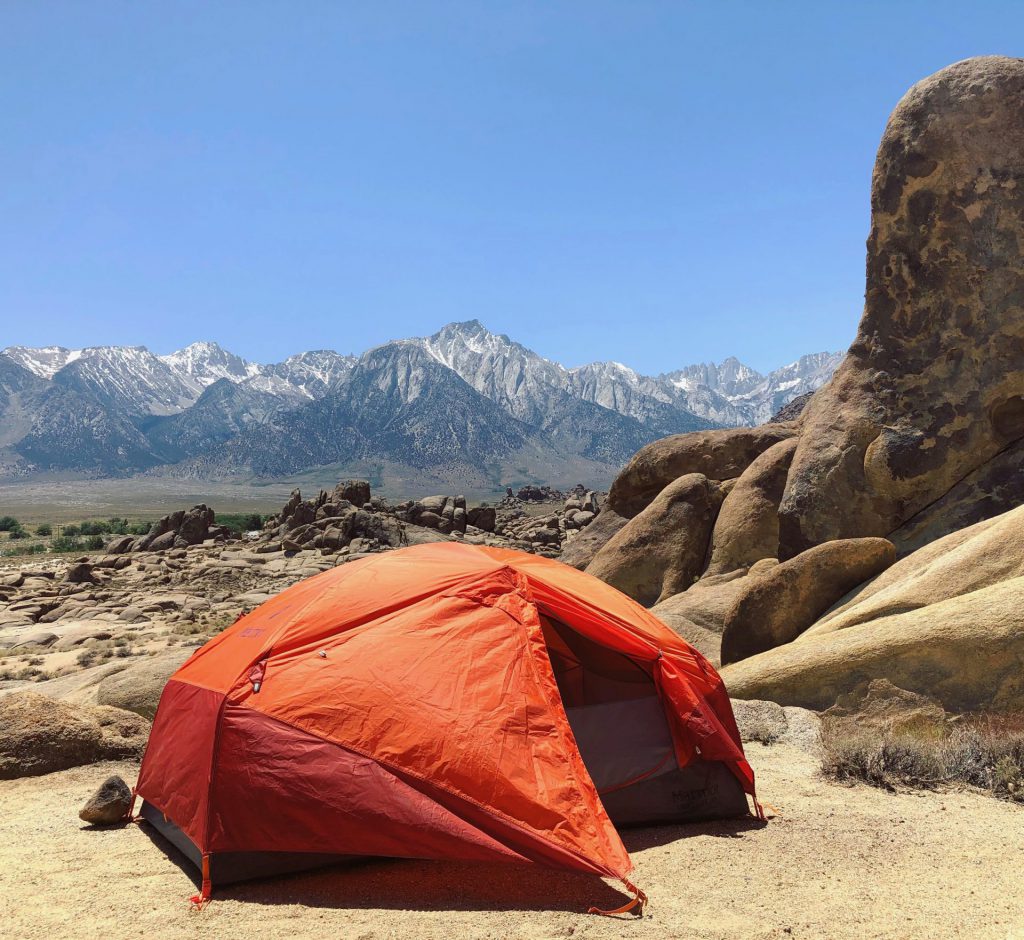 we drove around to a nearby trail, where we found a little bit better climbing than at our site. 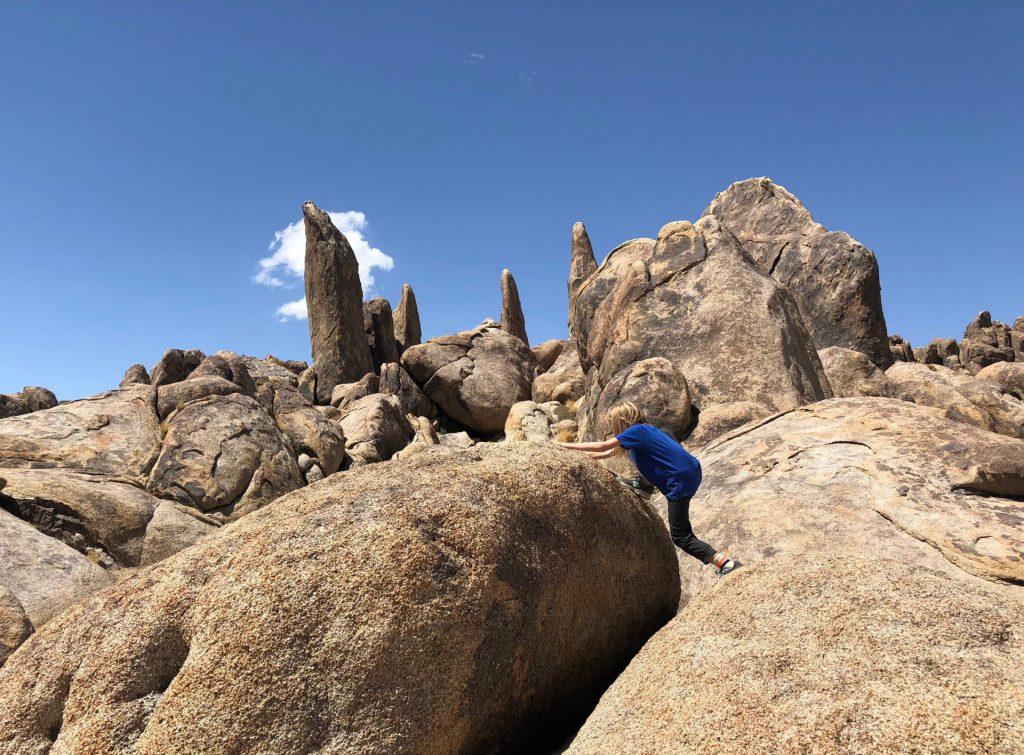 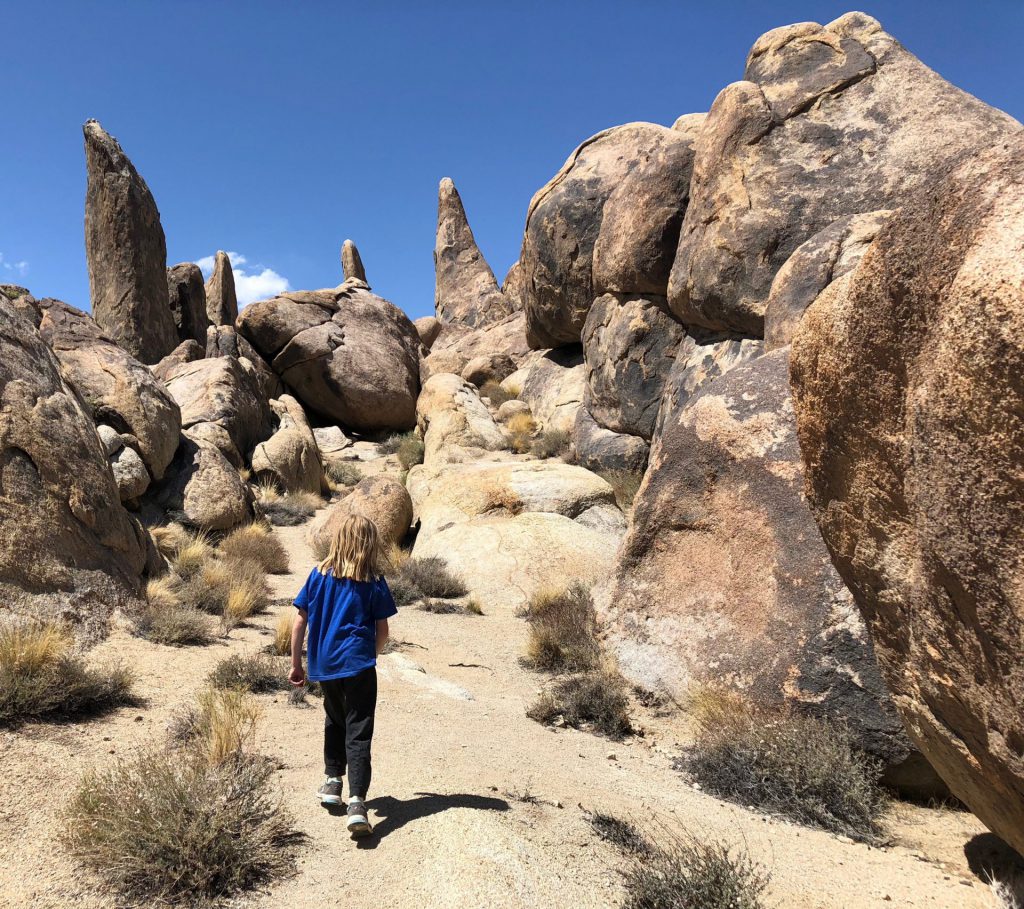 top of the rocks with epic view selfie. 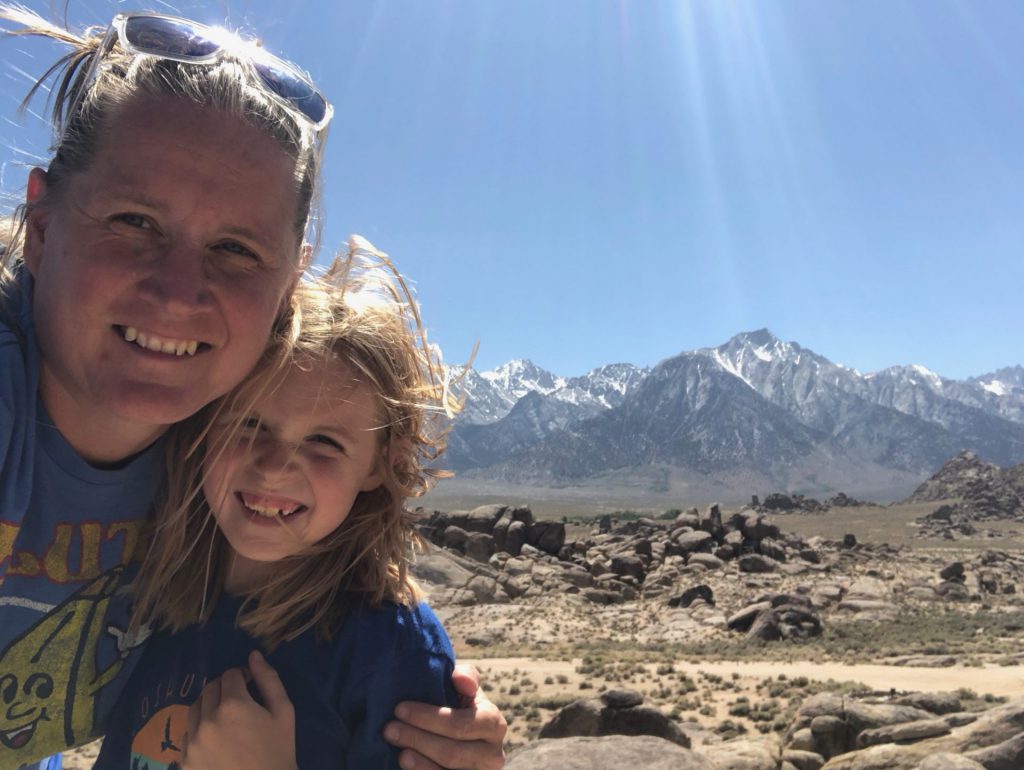 i mean. seriously. that view. 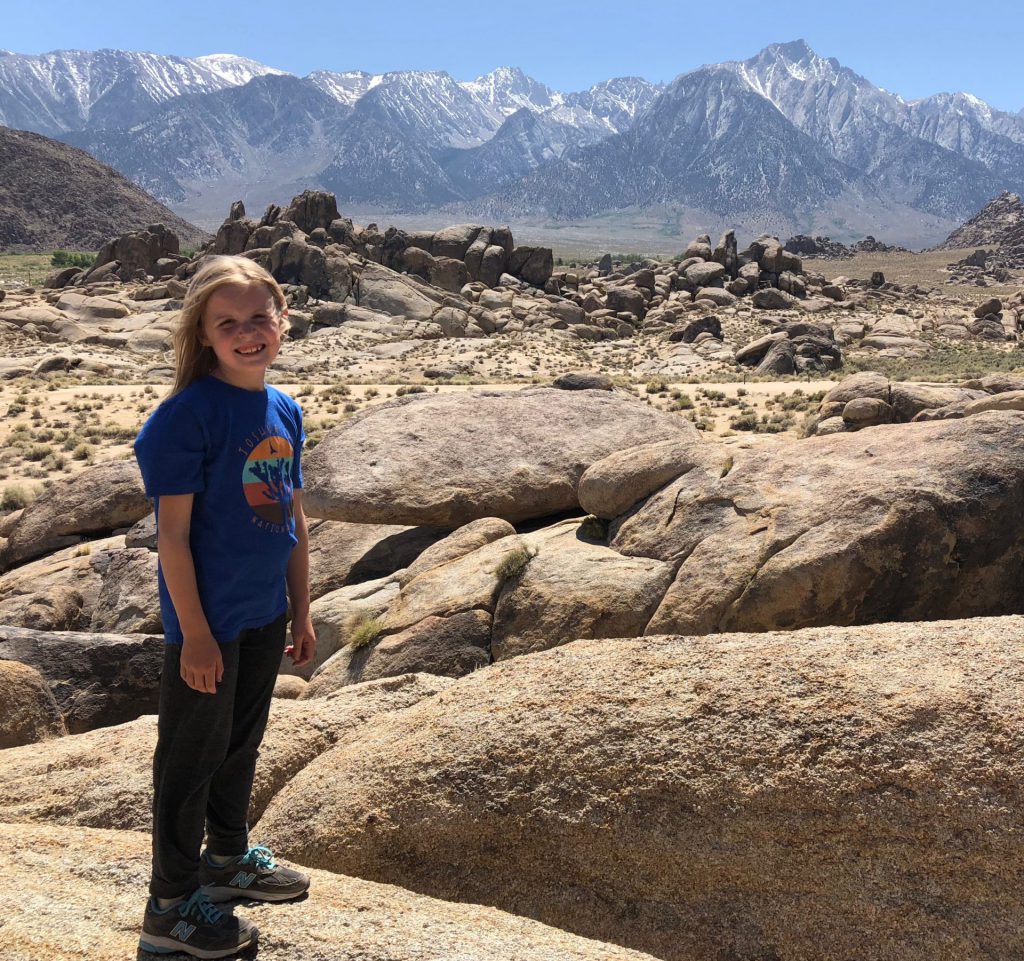 back at our site. more climbing. 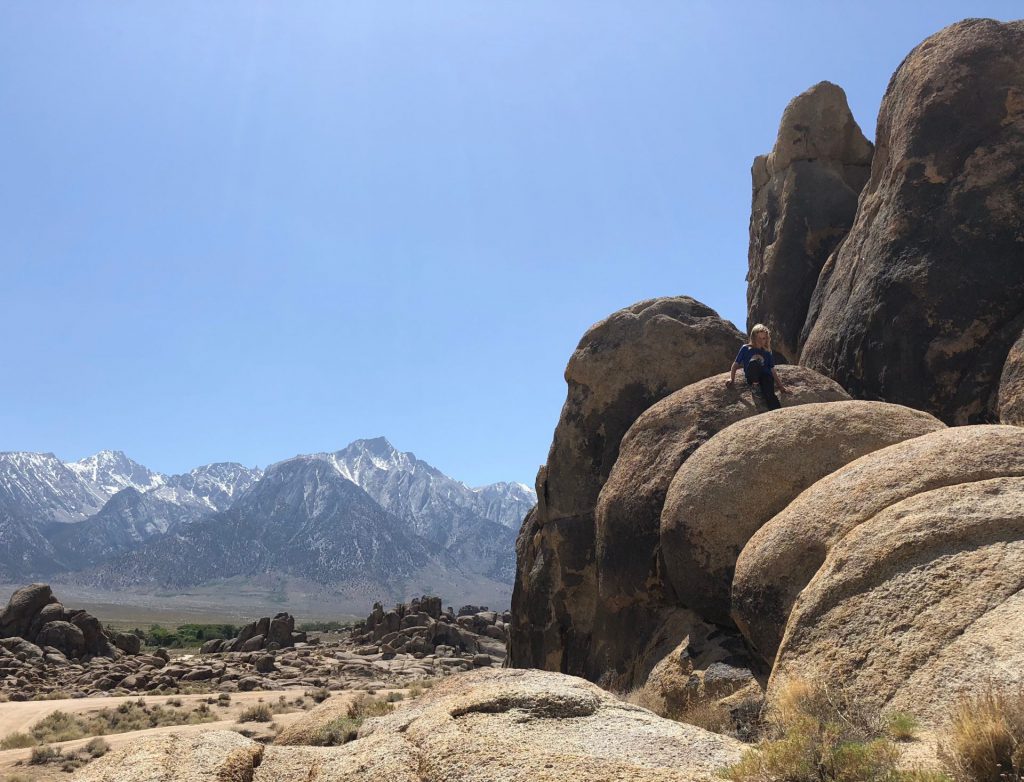 and then reading. anna got that new chair from my mom for her birthday. she loves it. i love how small it packs up. 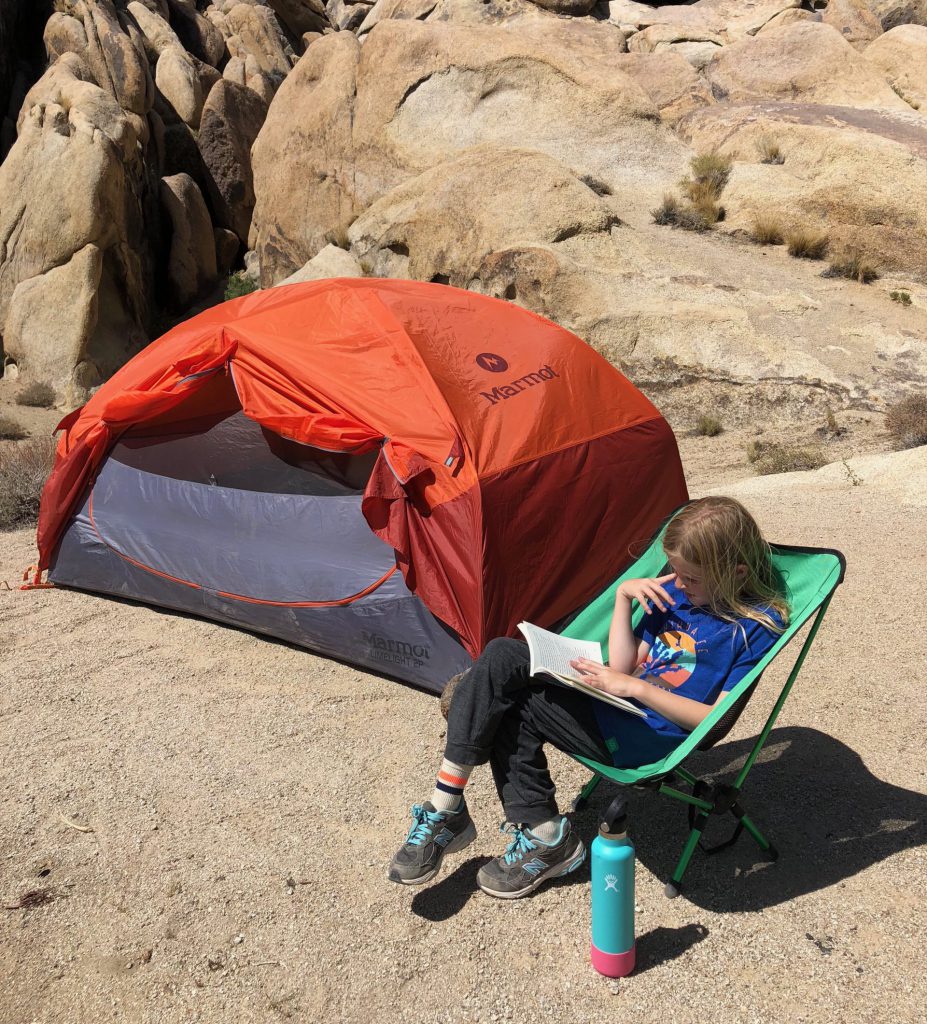 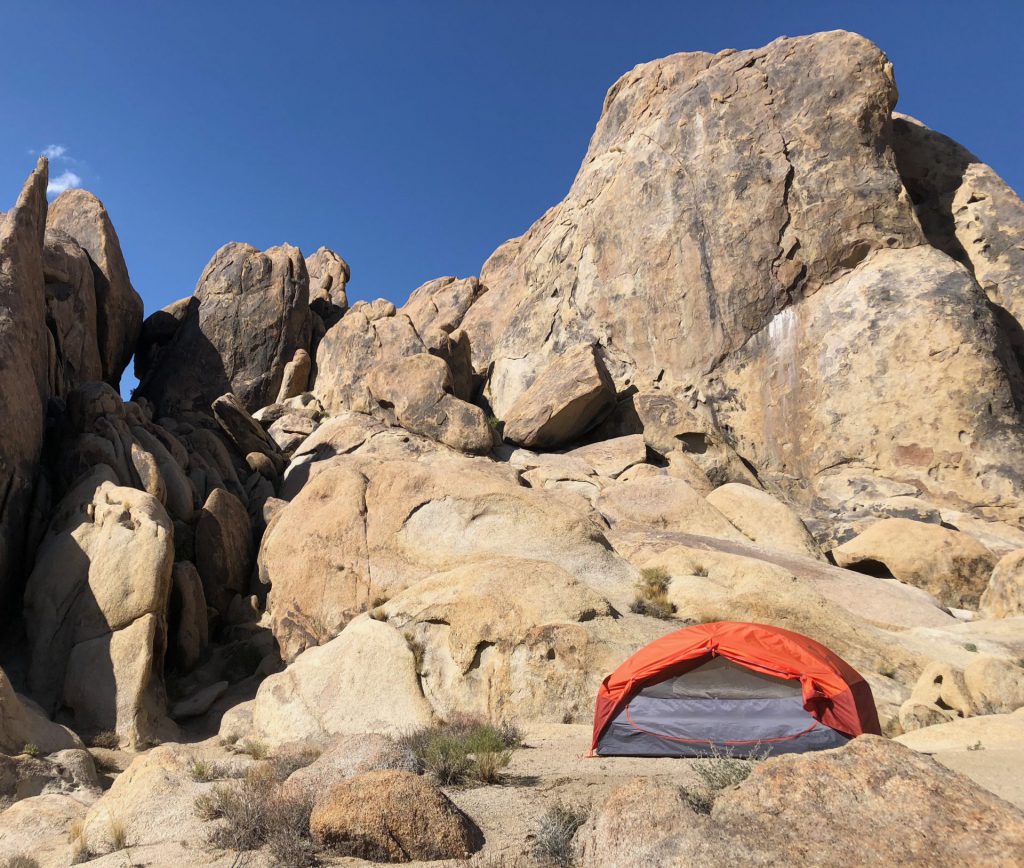 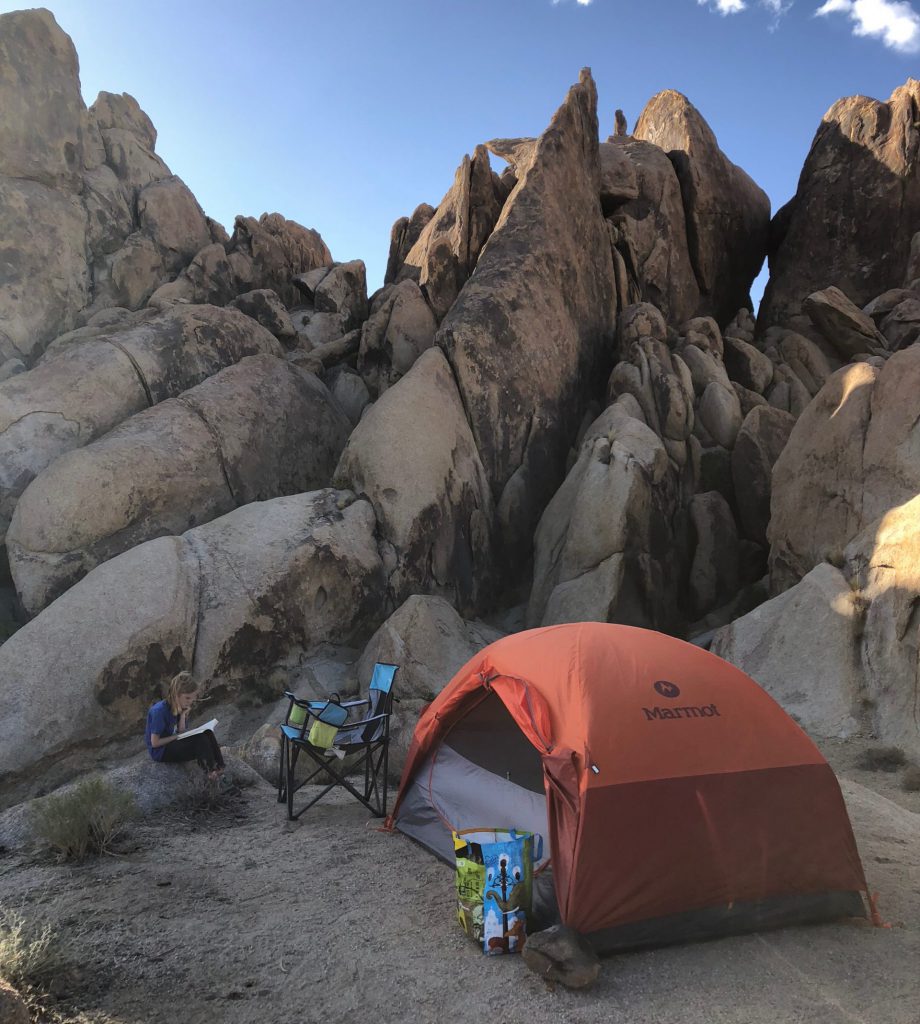 when i woke up, i needed coffee. badly. 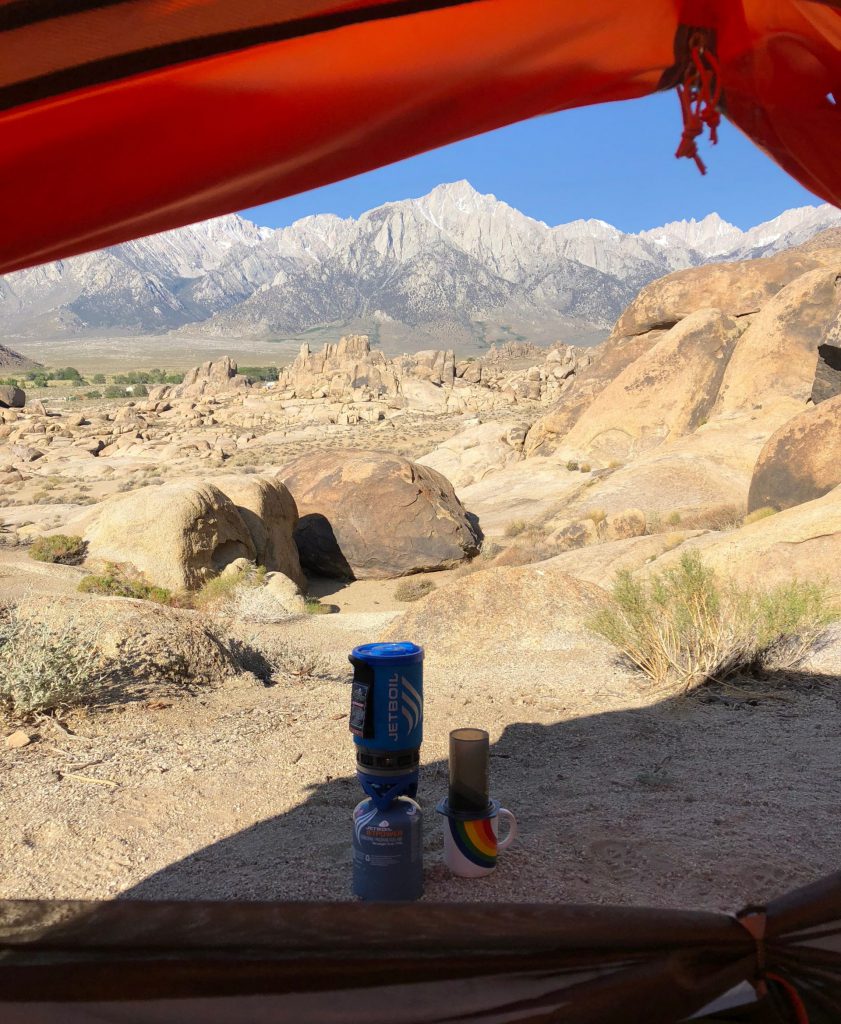 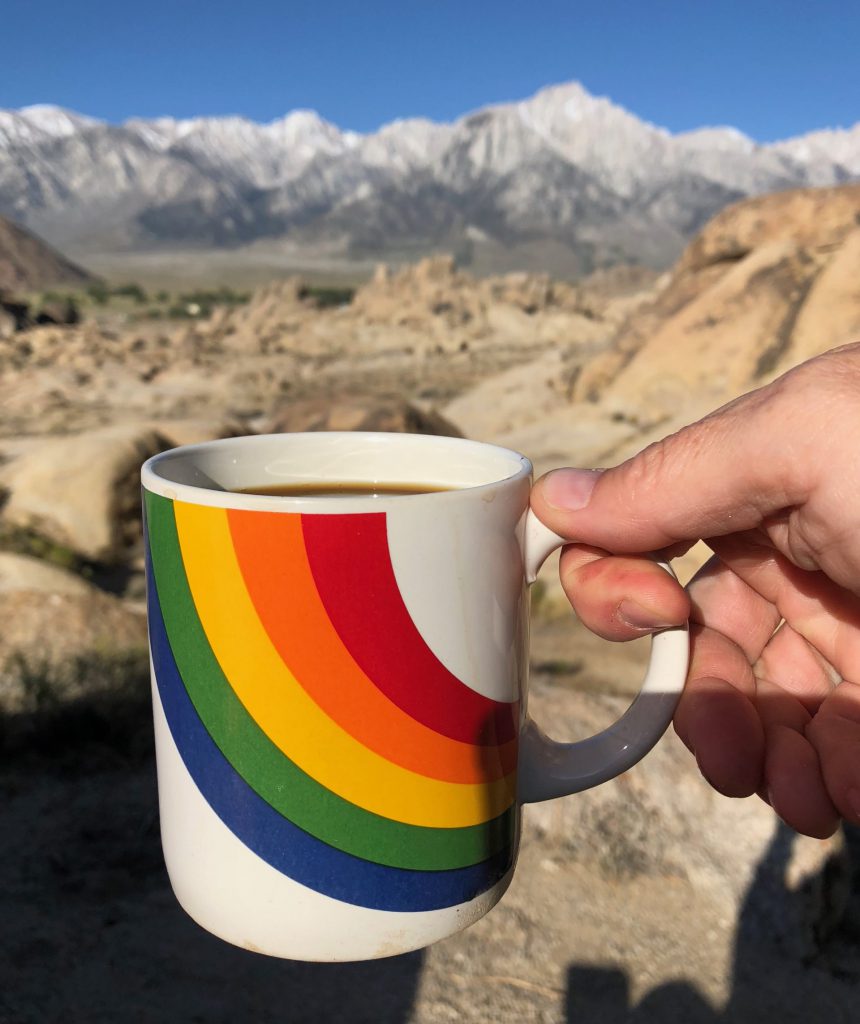 anna is a late riser. so tent mornings are not her strong suit. 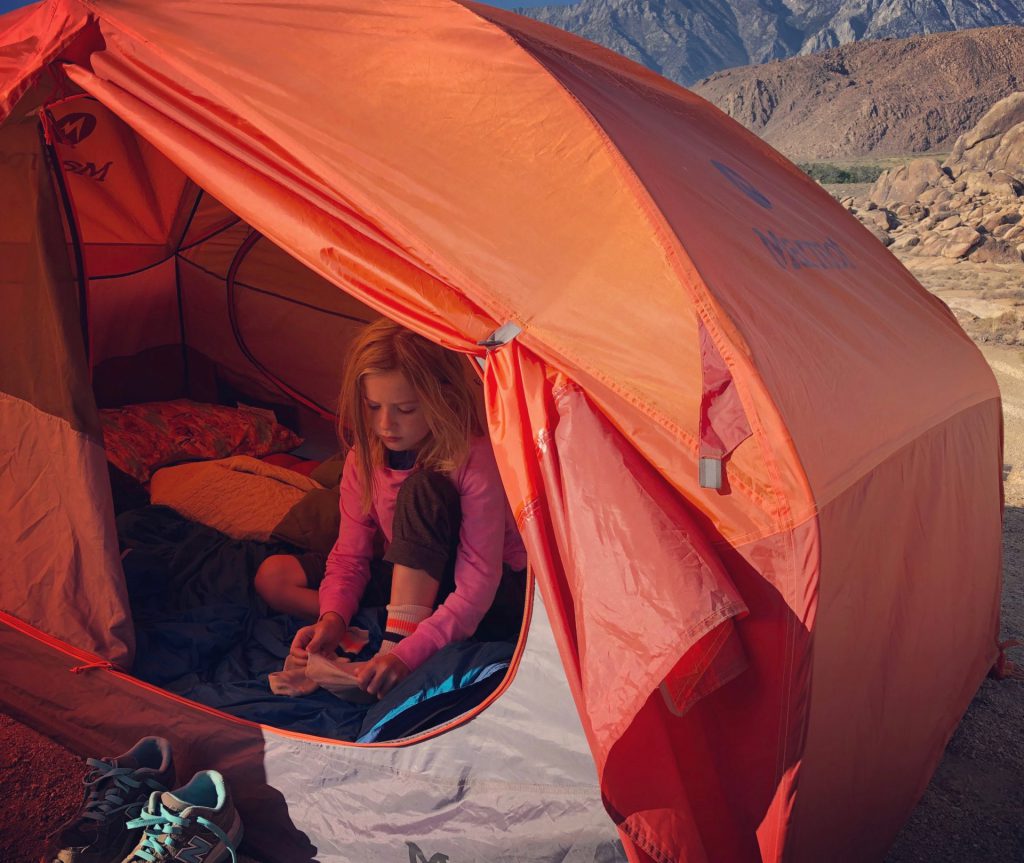 we lounged around our site. had breakfast. did a bit of reading. drank three cups of coffee coffee. and soaked in the views. 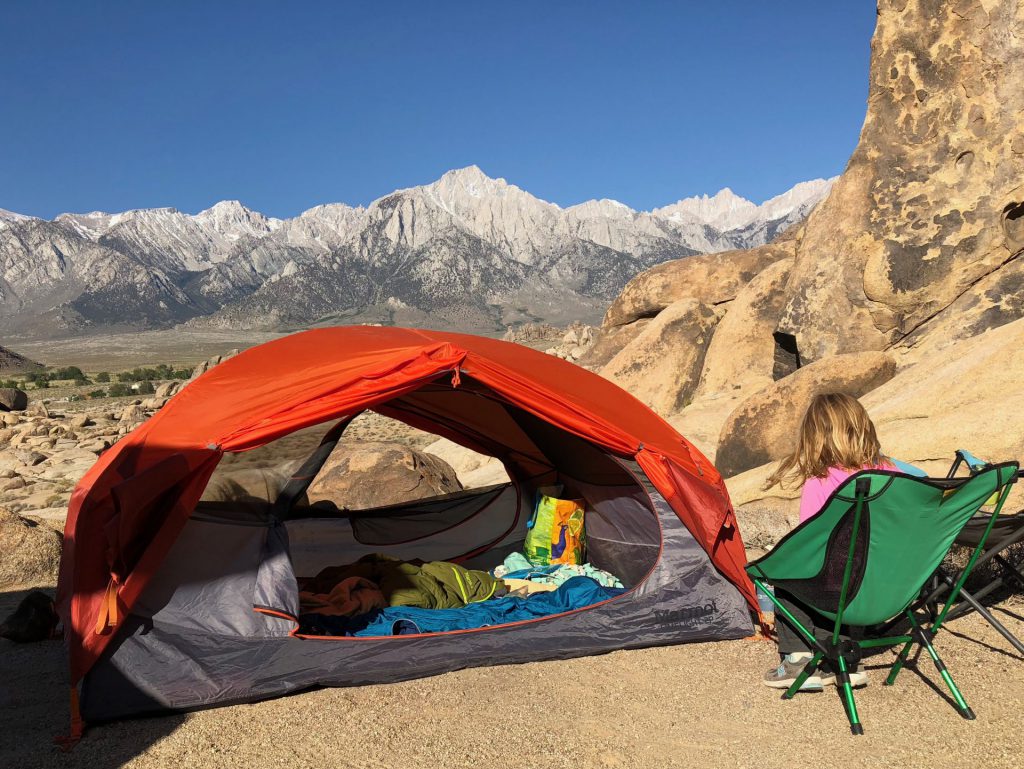 i had originally planned to bring hazel out the next night, but it was sooooo windy. and without the air mattress, the sleeping accommodations were not as old person friendly. so, i packed us all up and we hit the road.

we made the executive decision to leave this area early, for a lot of reasons. derek was scheduled to take a huge work test the following week, and i wasn’t sure what i was going to do with the kids to keep them out of the camper for a full day. and we were going to have to figure out dumping at some point. and the groceries in lone pine were stupid expensive and we were out of almost everything. and our next stop is sequoia national park, which was only 25 miles as the crow flies, but 5.5 hours, because you have to drive down and around the entire mountain range. so, that all said, we decided to hit the road and get closer to our next destination to settle in for derek’s test. so, that pretty much wraps up our adventures in lone pine. we definitely want to come back to the east side of the sierras and do this place justice. just not until after derek’s test….

One Reply to “alabama hills adventures.”