our third day in sequoia and kings canyon was memorial day. so, bonus, derek was off. not bonus, so was everyone else. :). we decided to find a less populated spot and had no trouble at all securing parking at the big baldy trailhead, just a few miles from our campsite.

the hike was about 2.2 miles each way, which is a bit of a stretch for the tiniest lidkid. but, we figured we would just get started and see how things went. 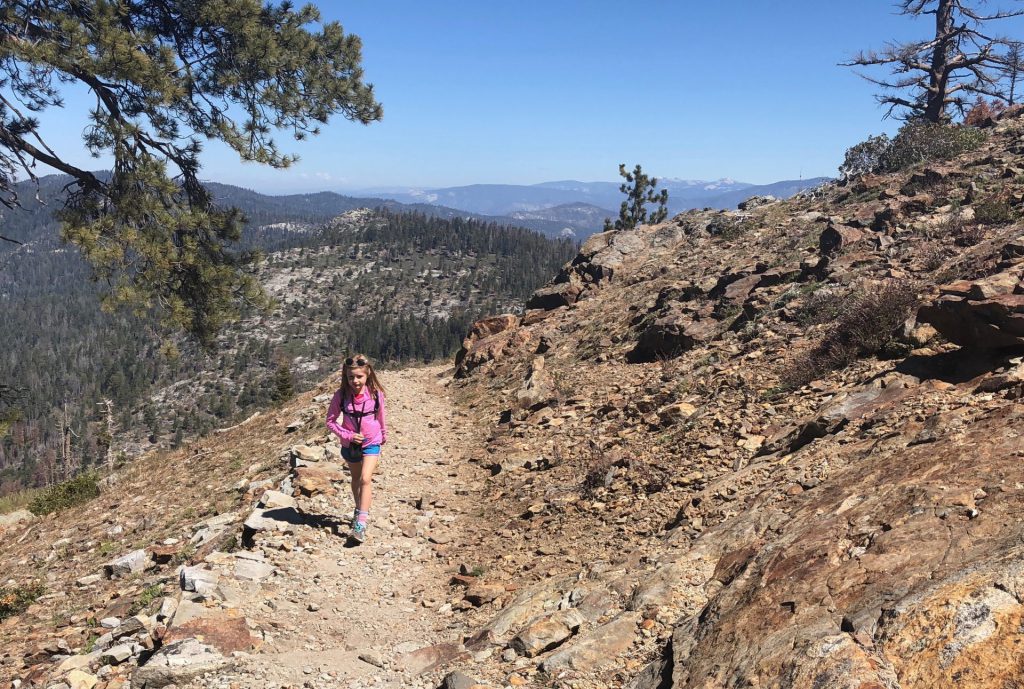 the first bit was a pretty good climb. which resulted in pretty grumbly kiddos 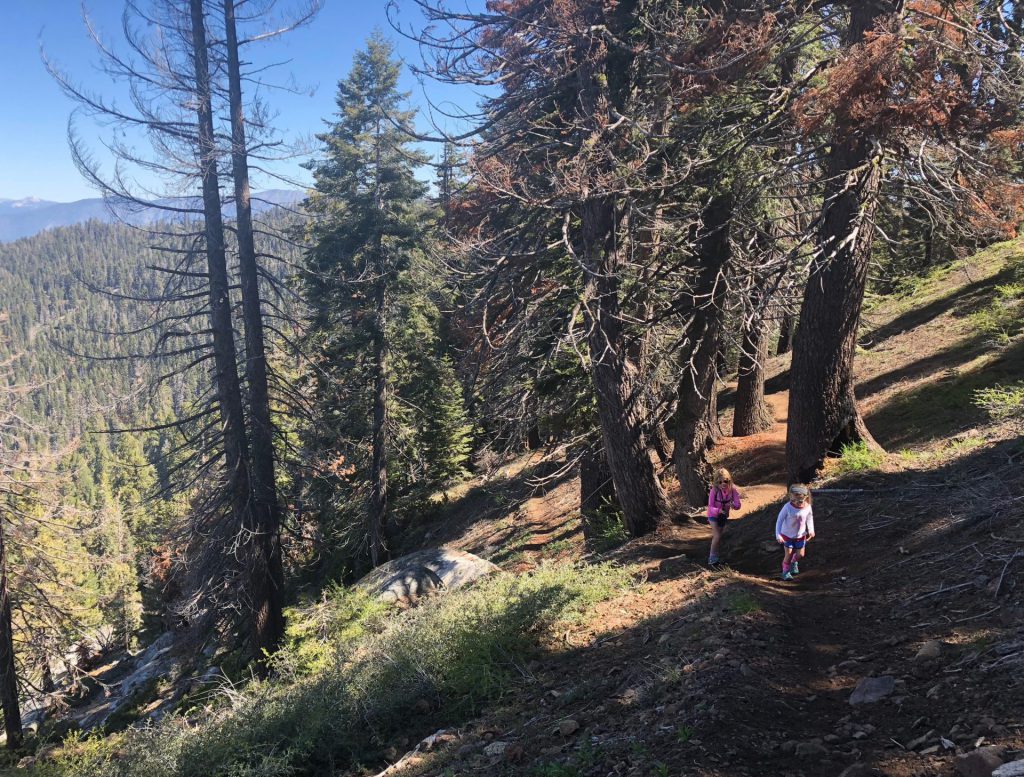 plus. we have been at pretty low elevations for awhile, so we were fighting with that aspect too. 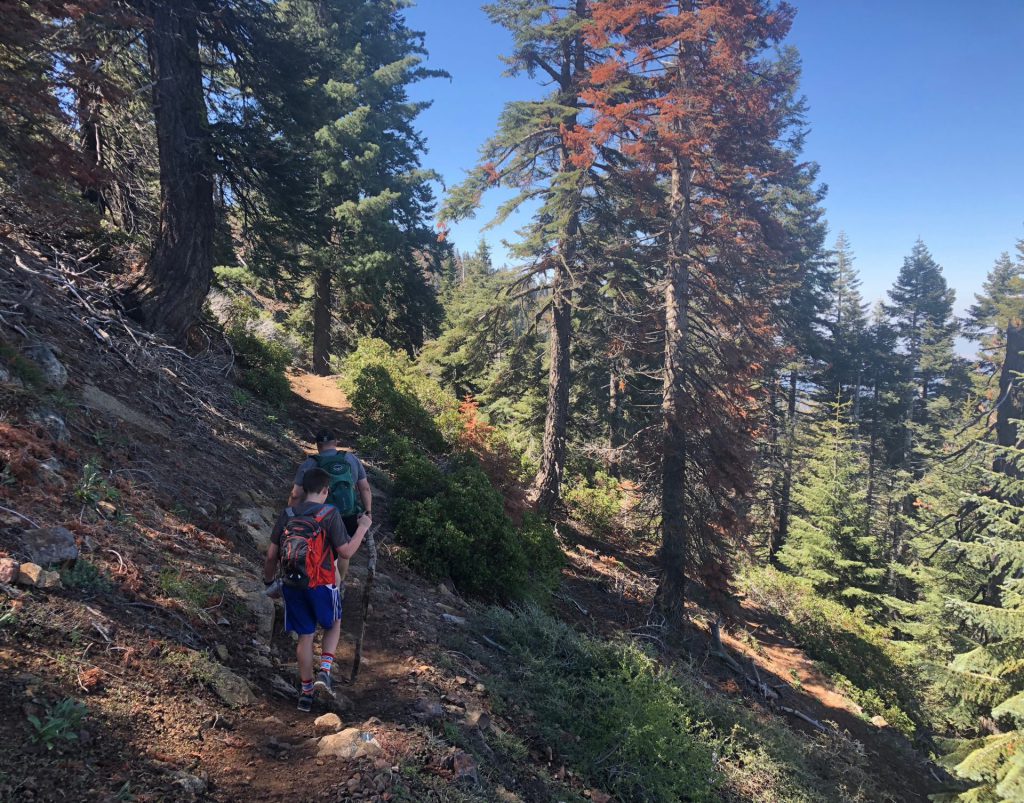 but the trail leveled off and everyone chugged along nicely. 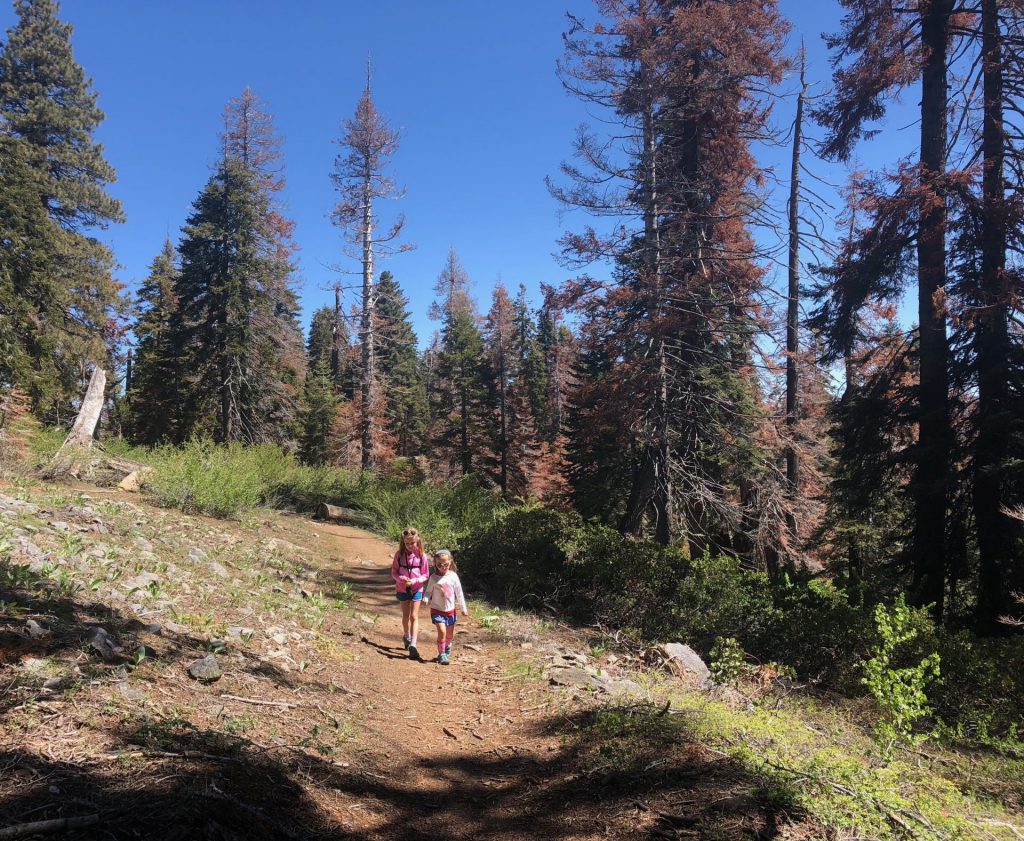 we got to the point where we could see the top of where we were going and it was going to be a pretty solid final push to get there. some lidkids lobbied for quitting. others were more agreeable. 🙂 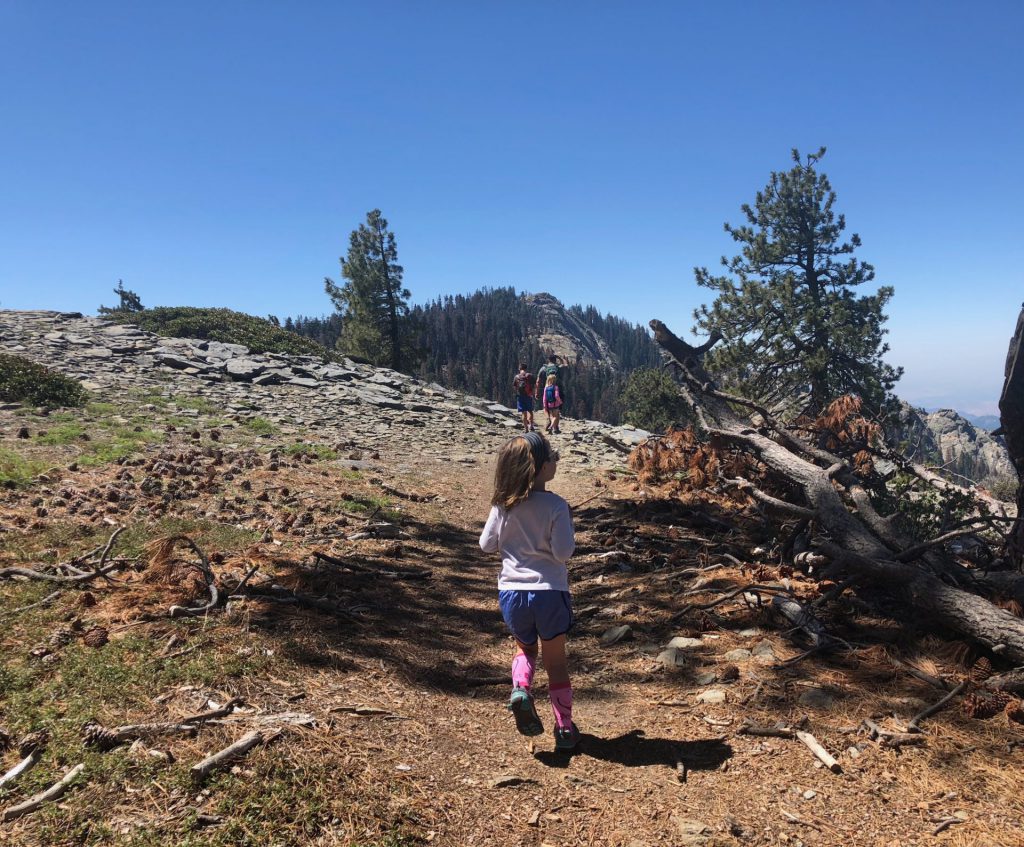 first a bit more flat trail time. we like that. also. we like trails that we have virtually all to ourselves. we only saw a handful of other hikers. 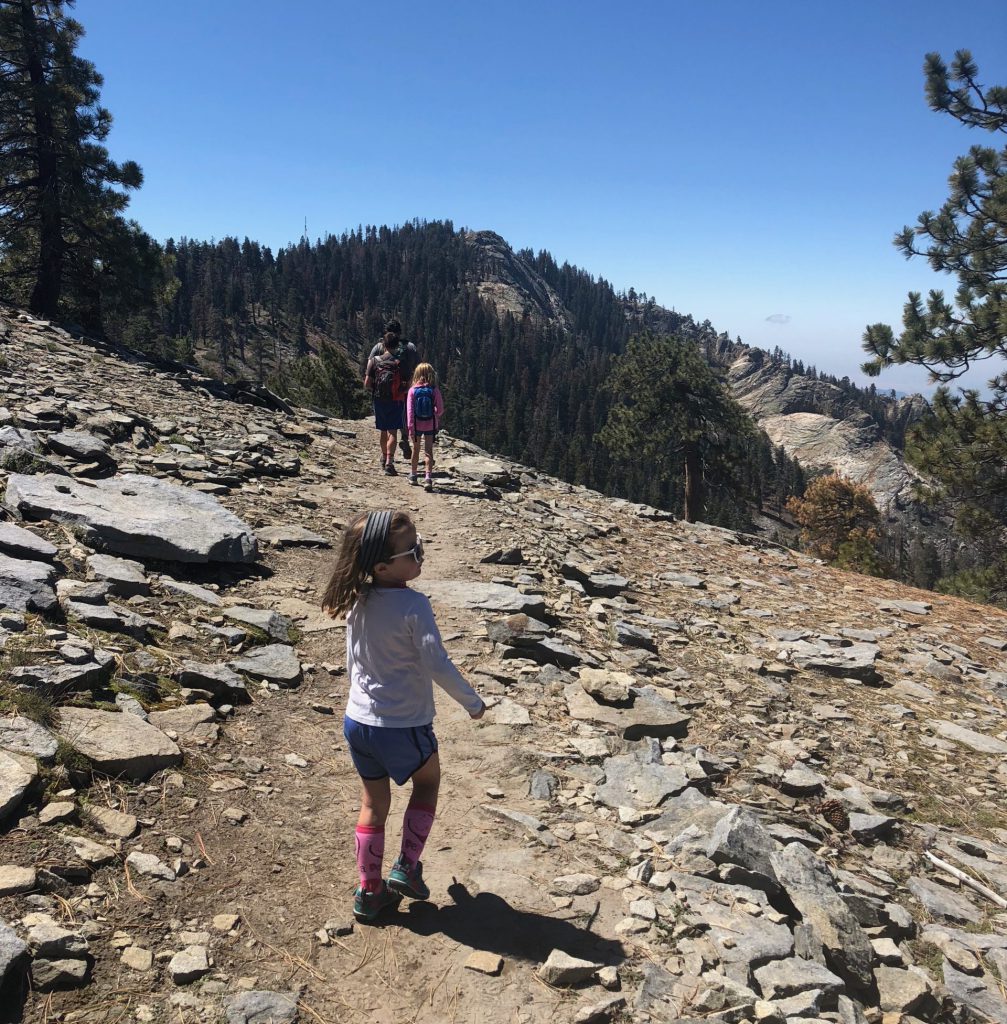 as we moved along, the snowcapped mountains of the sierras came into view. not too bad. 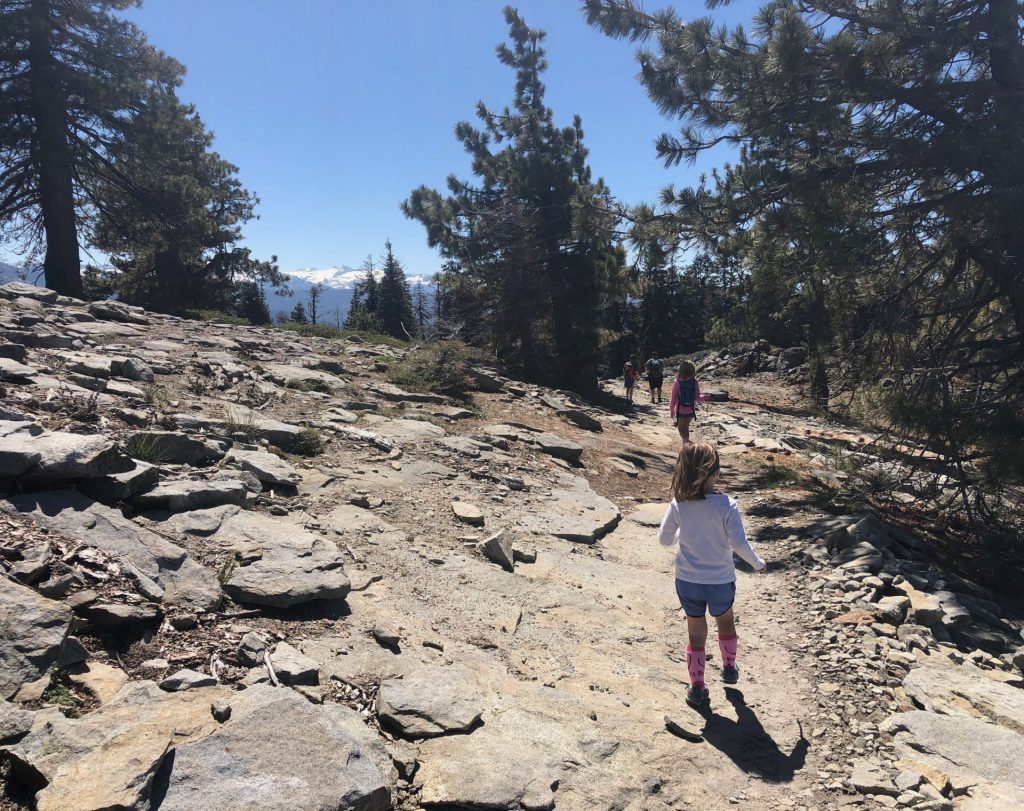 we reached the climbing part. and after much grumbling, cajoling, a bit of crying and some sucking it up, we reached the top. and the views were totally worth it. 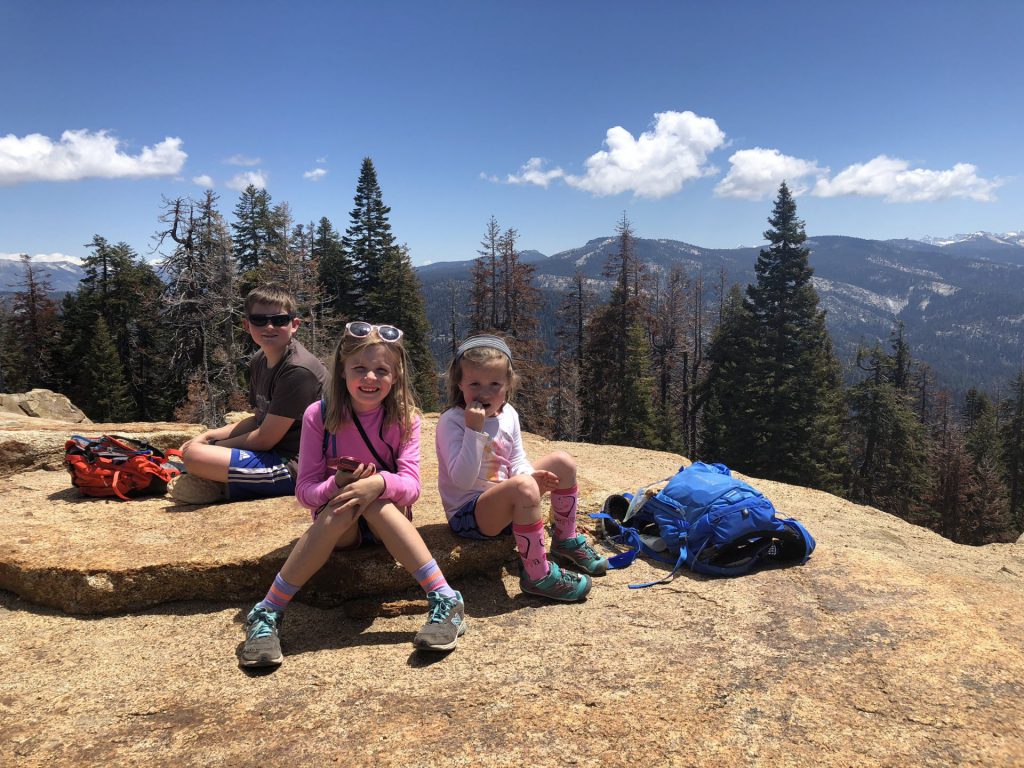 i mostly made the kids sit still and eat snacks. it wasn’t super dangerous way up there, but it was much less stressful to have them sitting still. 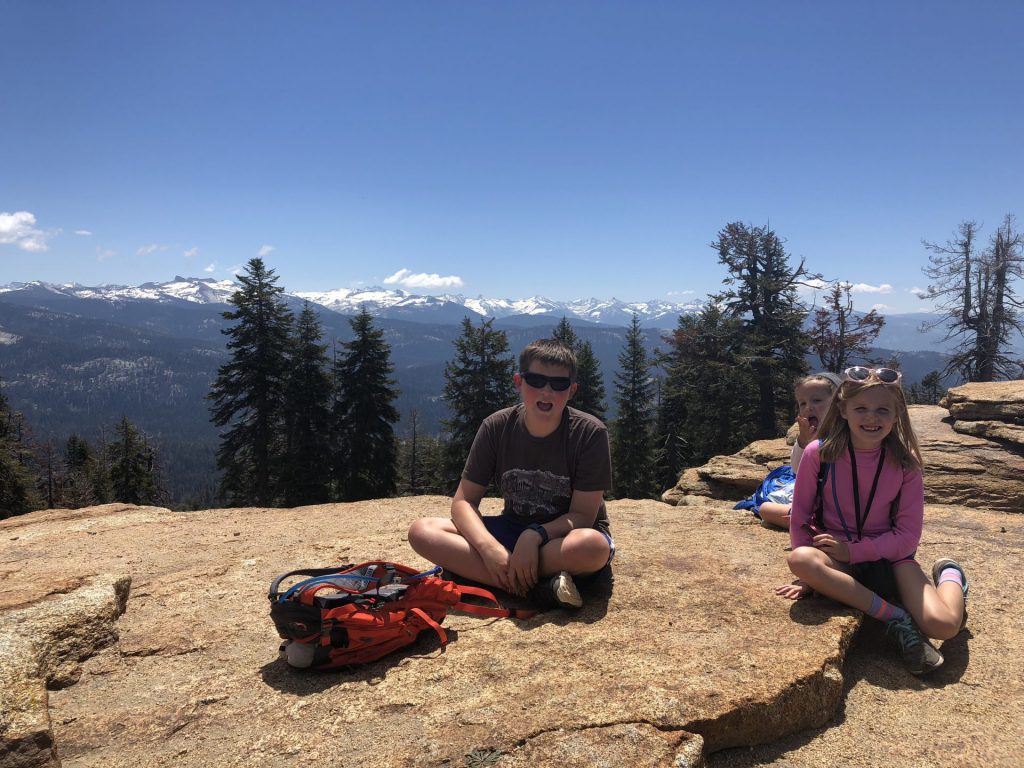 again. like i always say. my iphone pics just cant do it justice. this place was so pretty. you just wanted to sit at the top all day. well. i did. isaac was ready to head down after like 10 seconds. 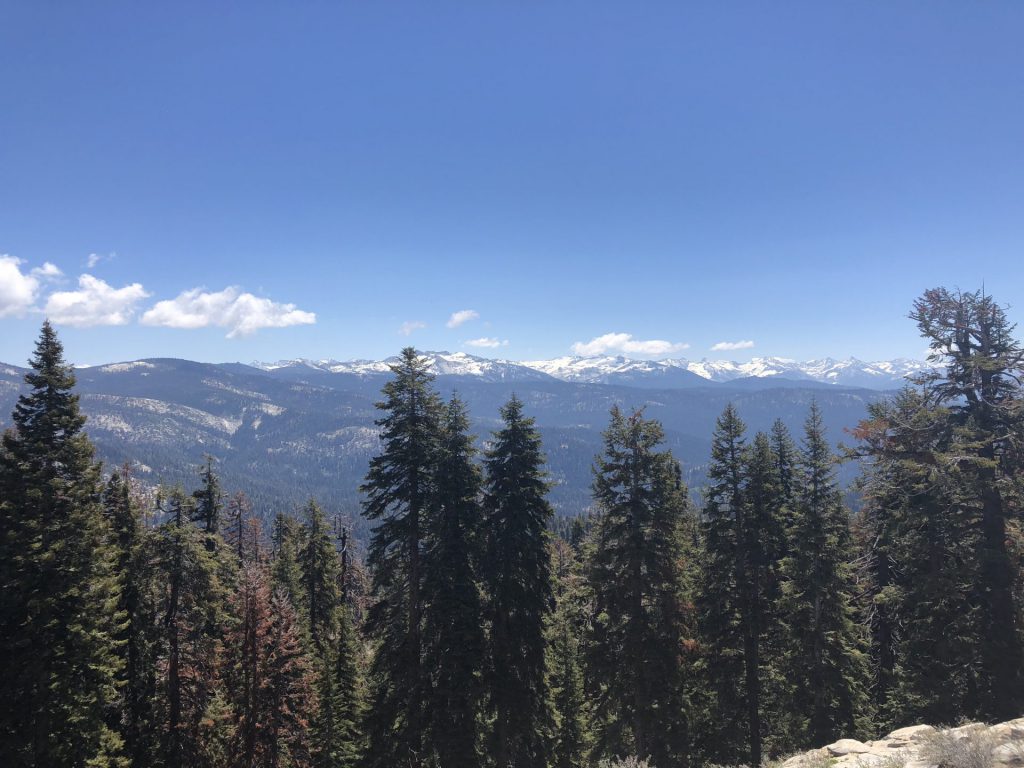 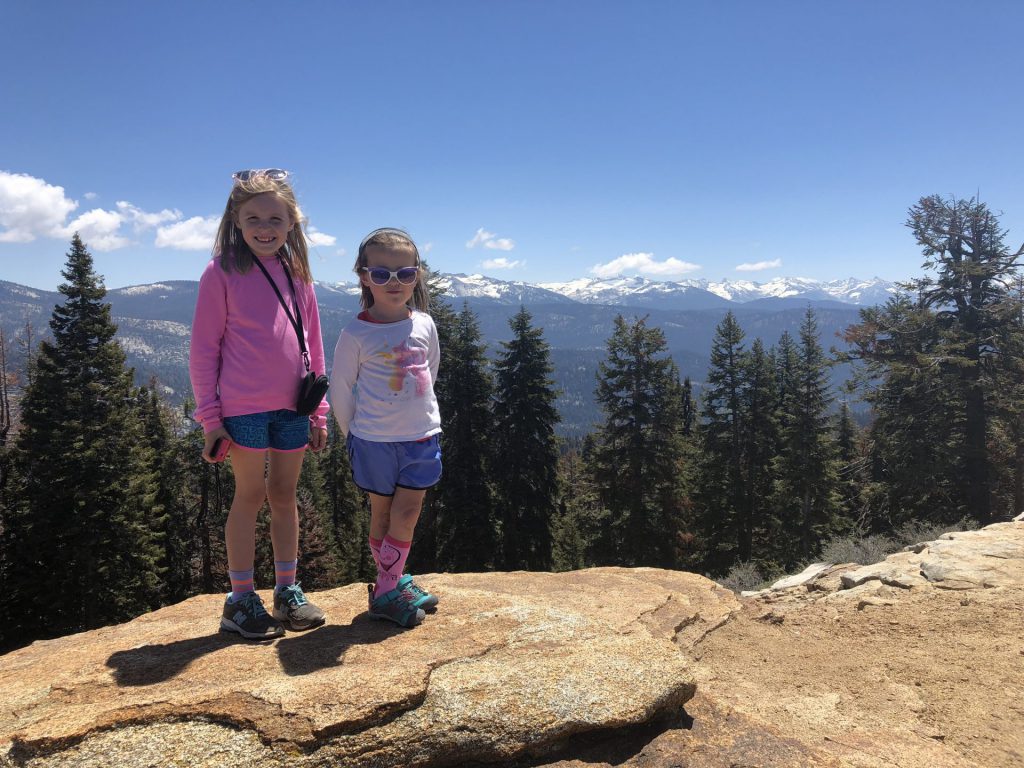 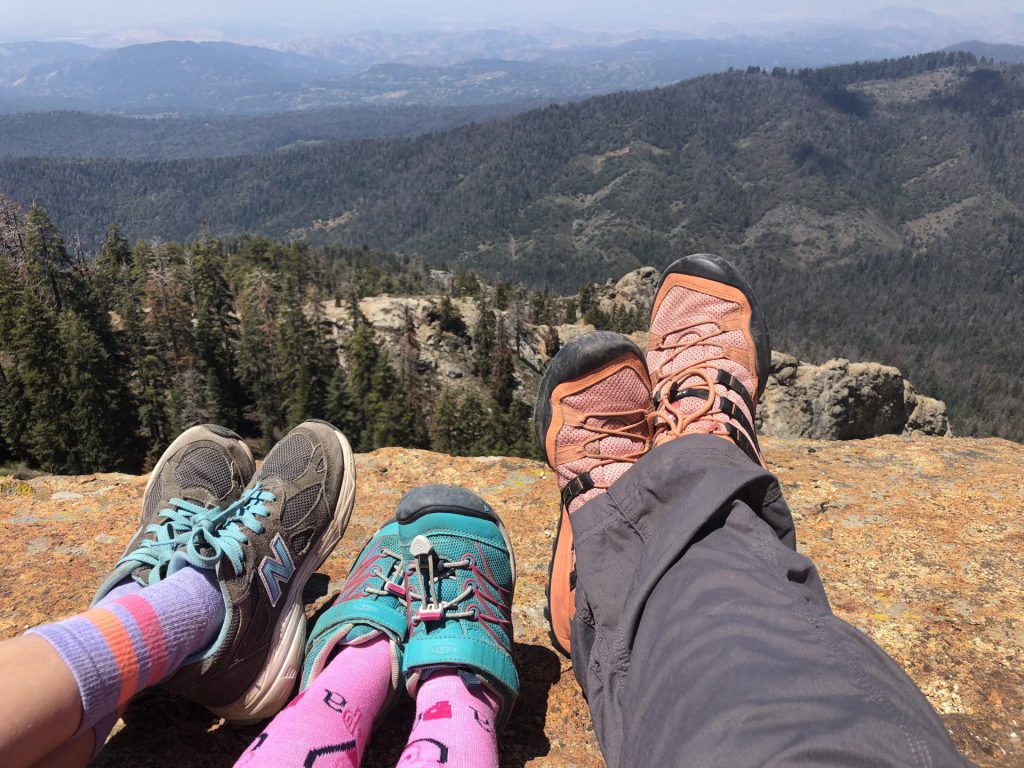 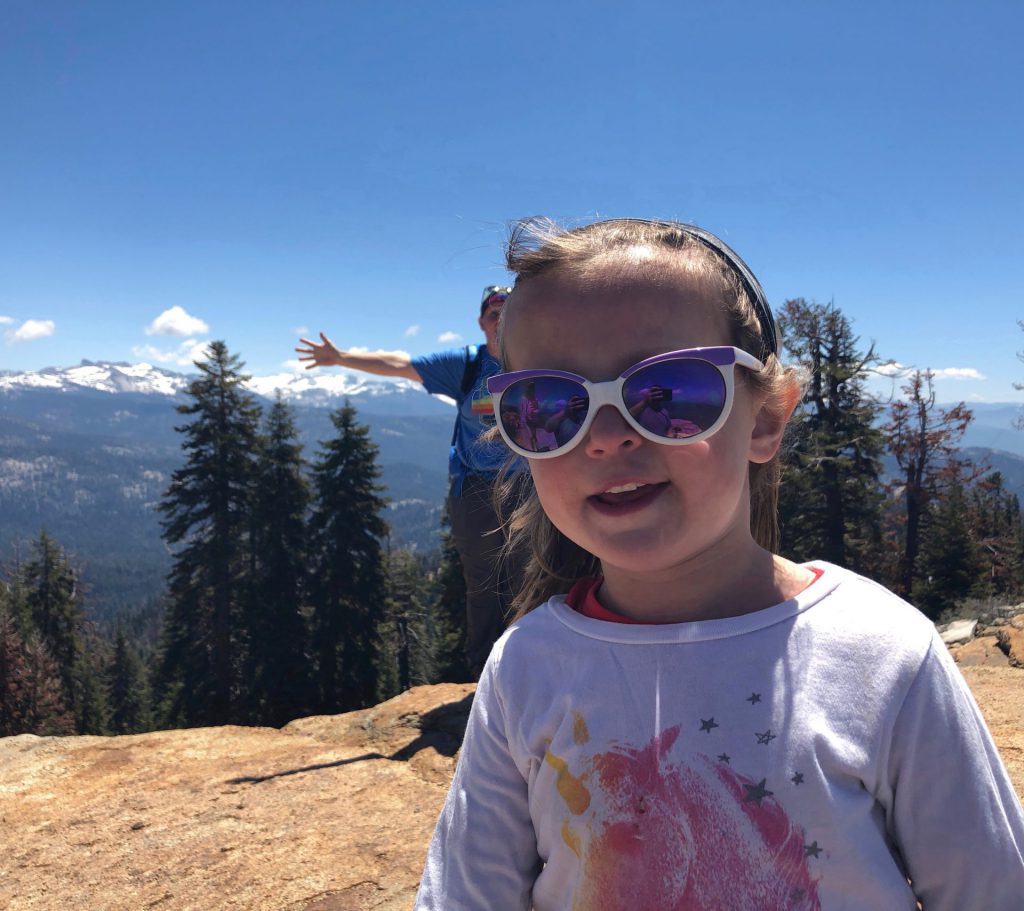 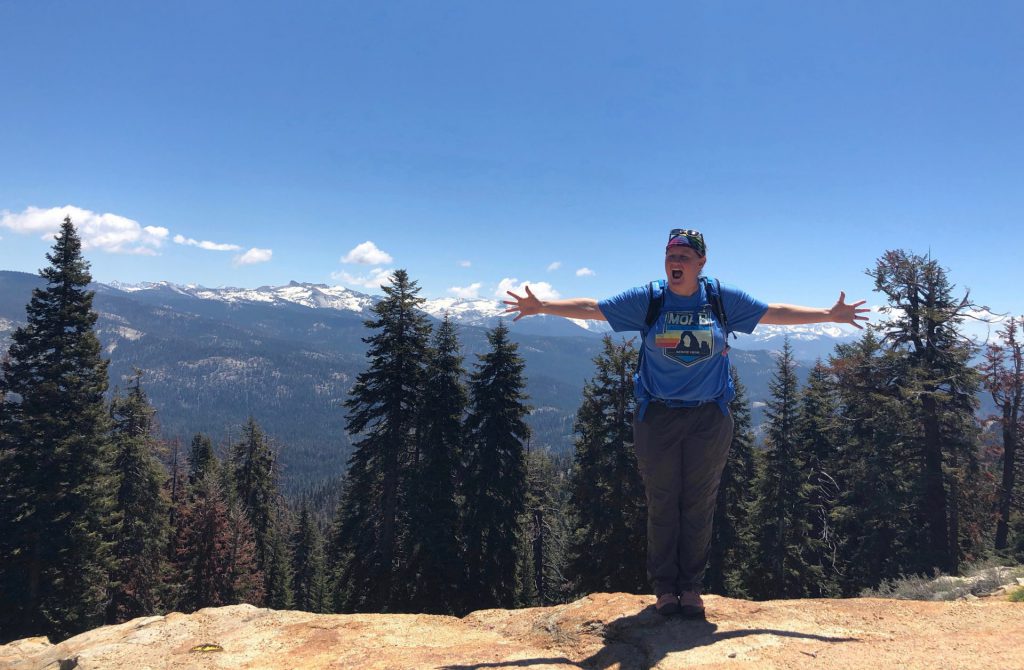 there were two other hikers at the top with us, who offered to take a family photo for us. how could we say no. 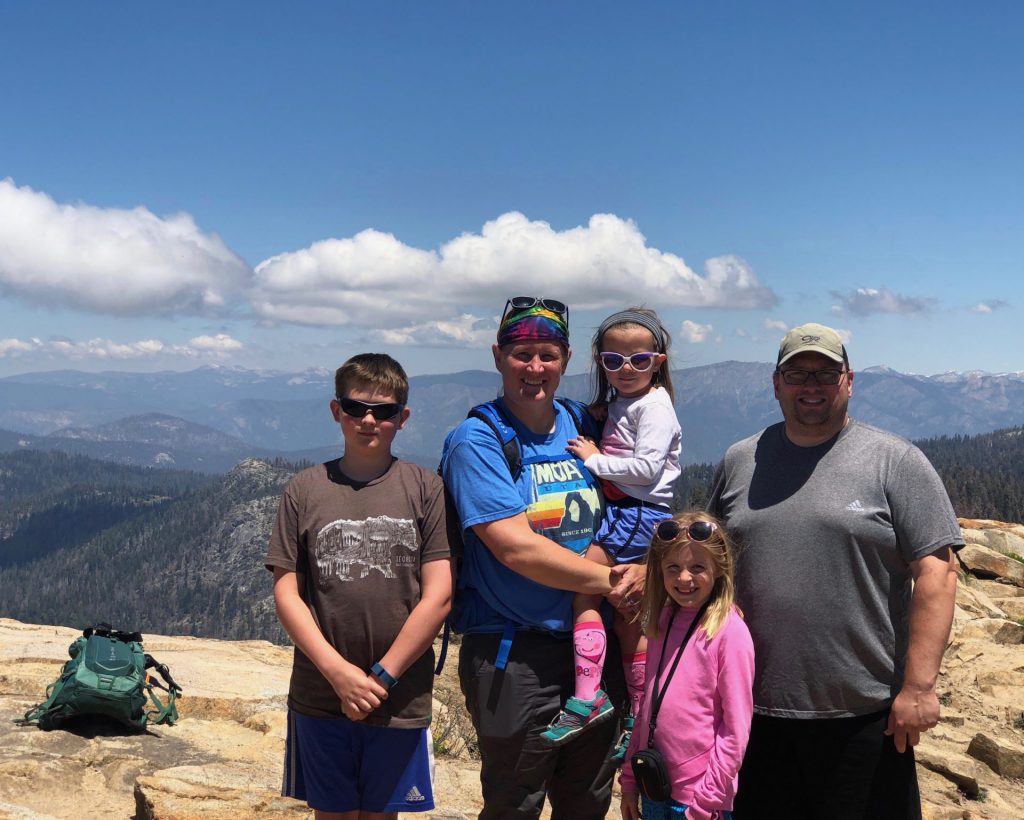 one more for the road. 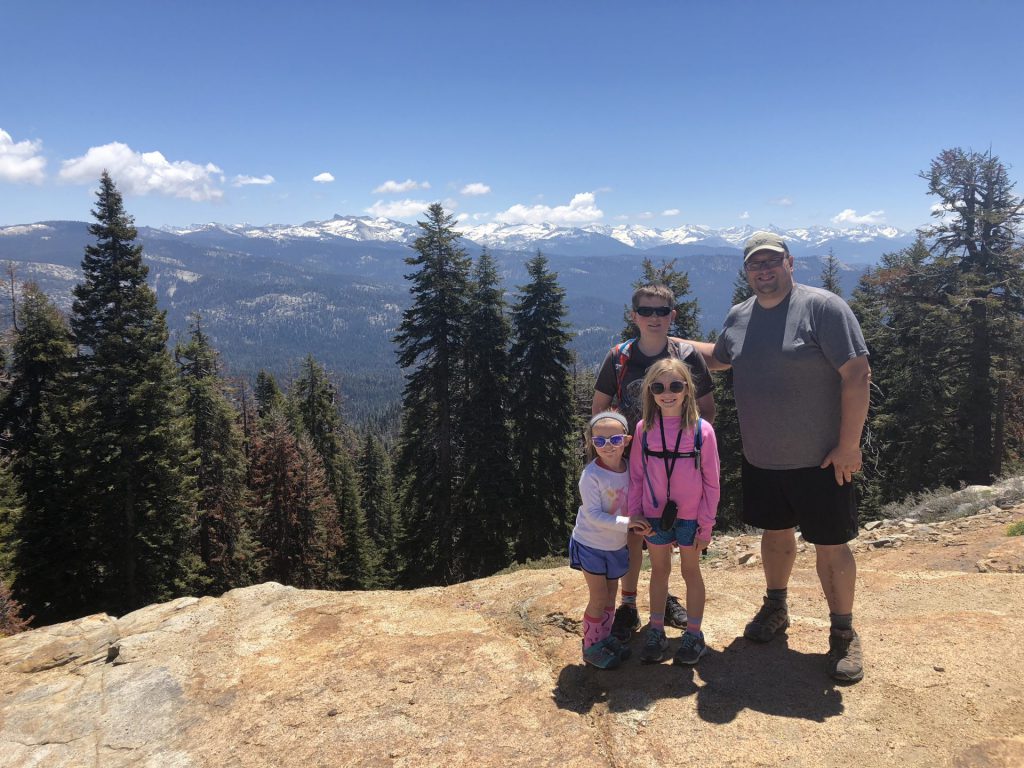 and then we were off. the trip back down is always so much less grumbly. 🙂 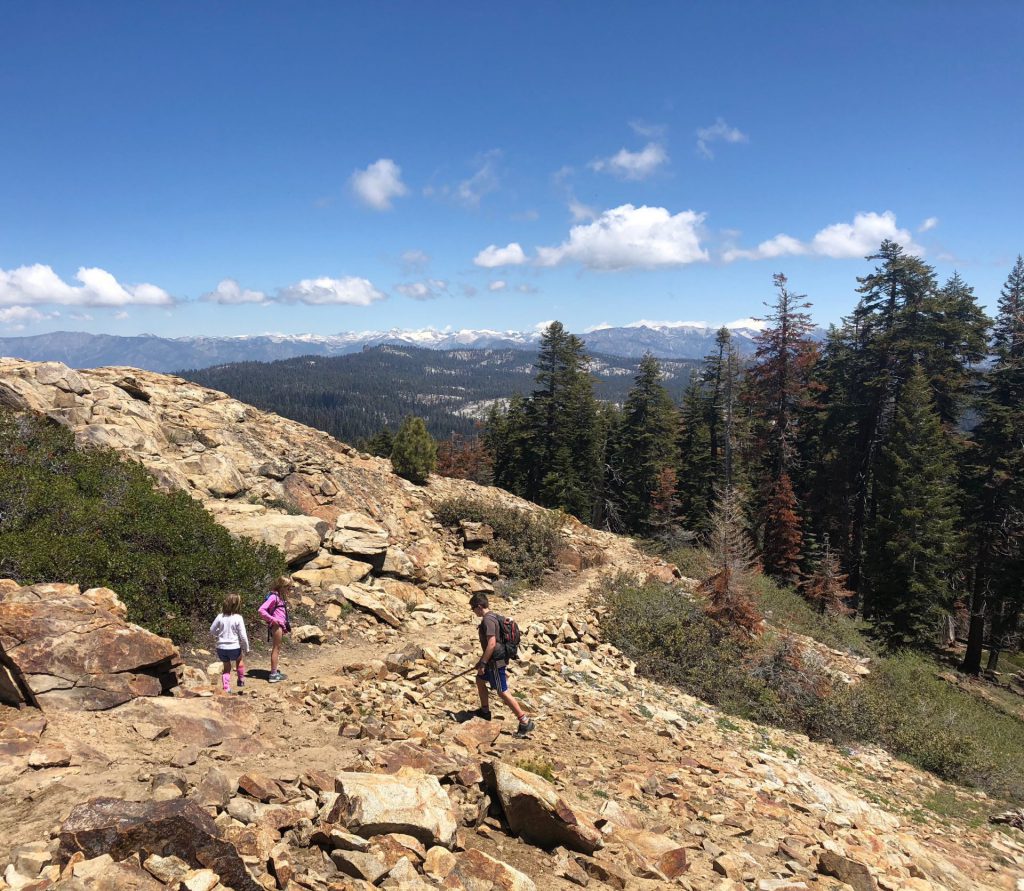 and. almost done. towards the end, hazel was struggling. her little legs were tired. it was about 4.5 miles round trip, i think. and pretty good elevation change at around 8000′ up. so. not too shabby. 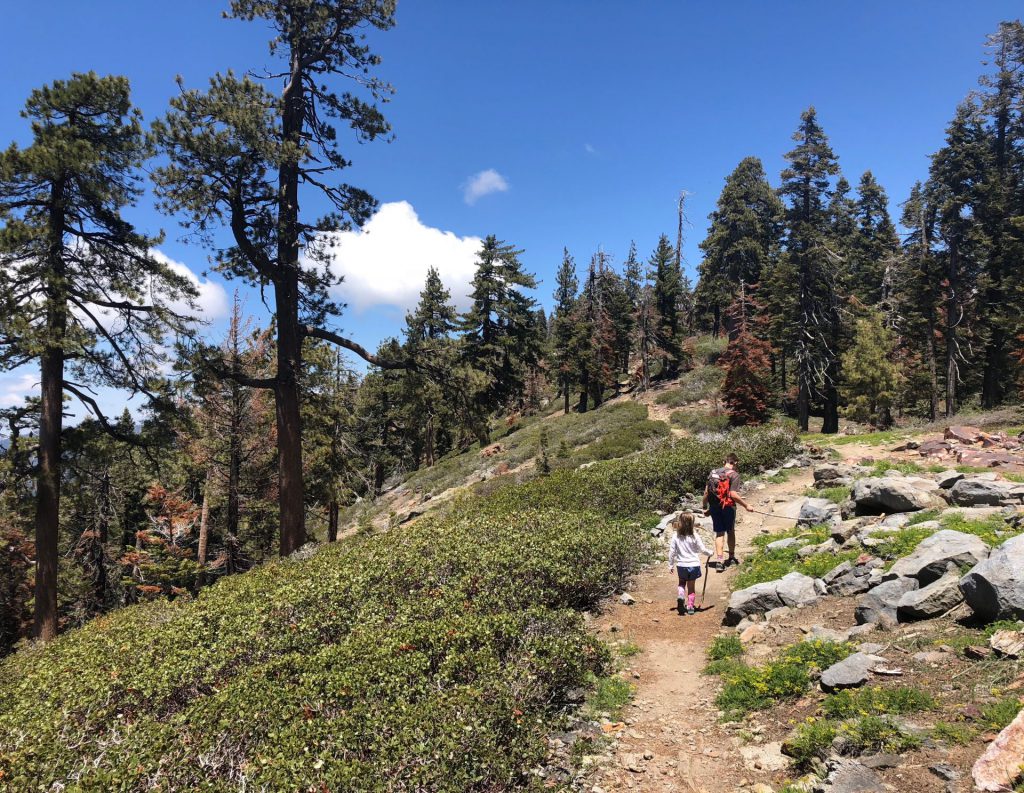 from there, we went back to the grant village visitor center, for ice cream treats for the kiddos and wifi treats for the grownups. it was still pretty early in the day, but we were all so tired, so we just went back to the camper to have a chill rest of the afternoon. and to rest up for one last epic adventure on derek’s final day off….

One Reply to “sequoia and kings canyon.big baldy hike.”