one sunday afternoon, as we watched football on network television, thanks to our proximity to a major city we could reach with our digital antenna, a commercial for disney on ice at the greensboro coliseum came on, drawing hazel’s attention. she was mesmerized and said “if that’s a real thing, i want to go to it.”

with her birthday around the corner and then christmas on it’s heels, we thought this would actually make a really cool gift for her, that didn’t fill up our camper with more (paw patrol) stuff. isaac said he didn’t want to go, so it was just me and the girls…

when i told hazel that i got her tickets to it for her birthday present, she said “ok, but can we GO TO IT for my christmas present?”
sweet girl.

i wasn’t sure about traffic and mayhem surrounding the event, so we went up early and had dinner at chick fil a down the street from the coliseum. there were many fellow princesses at the chick fil a, doing the very same thing we were. i was able to get some valuable intel on how the whole thing works from the princess parents. 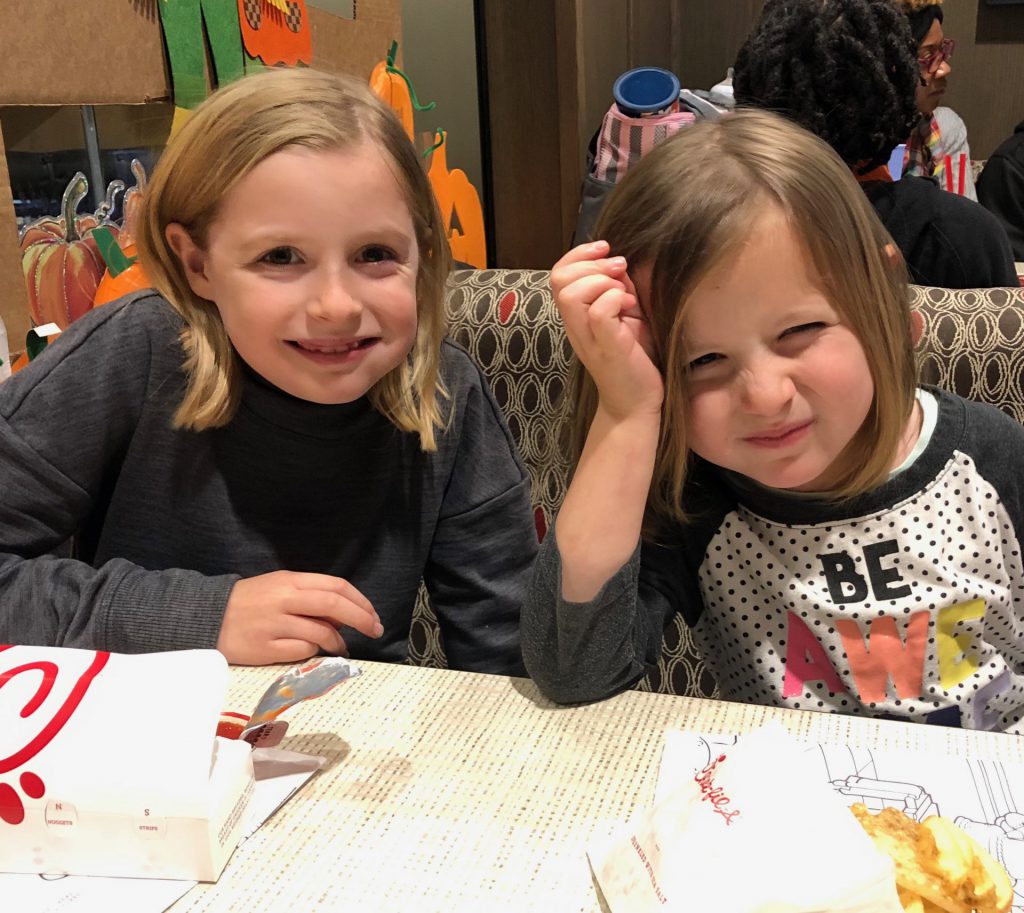 we parked and made our way in and avoided *most* of the overpriced souvenirs. we did pick up a crown and a pua hat, being sold with cotton candy for the exorbitant cost of $15 a pop. 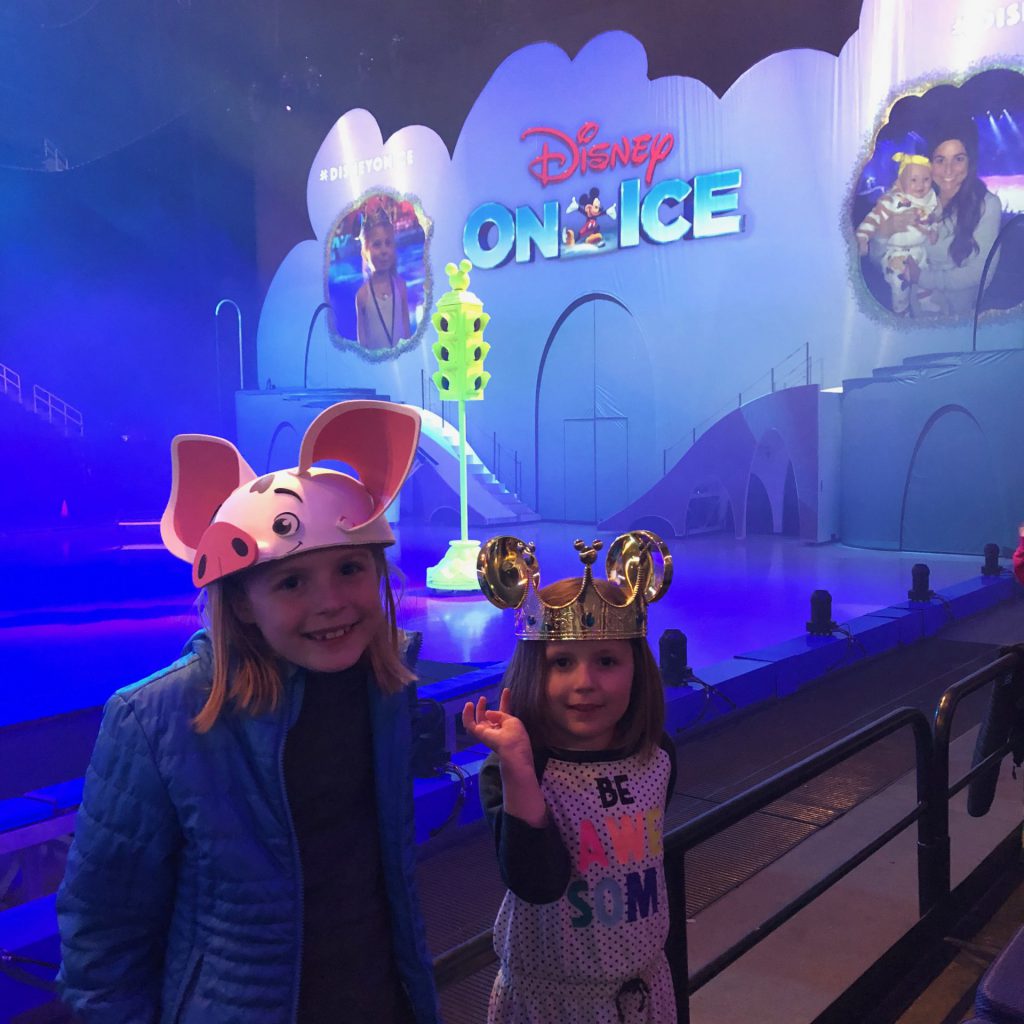 we found our seats and settled in. then i realized we had lost hazel’s coat. 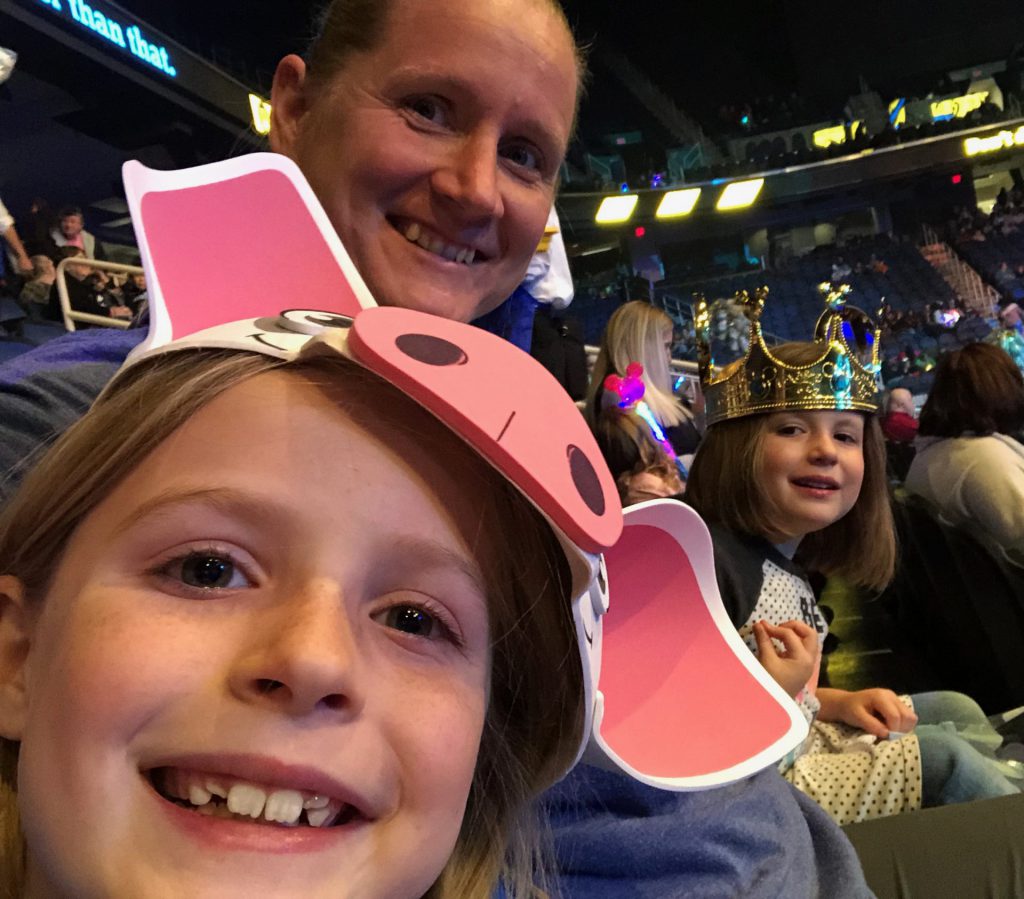 we backtracked all of our steps. bathroom. cotton candy kiosk. soda machines. it was gone forever. back to our seats for selfies and excitedly waiting for the show…. 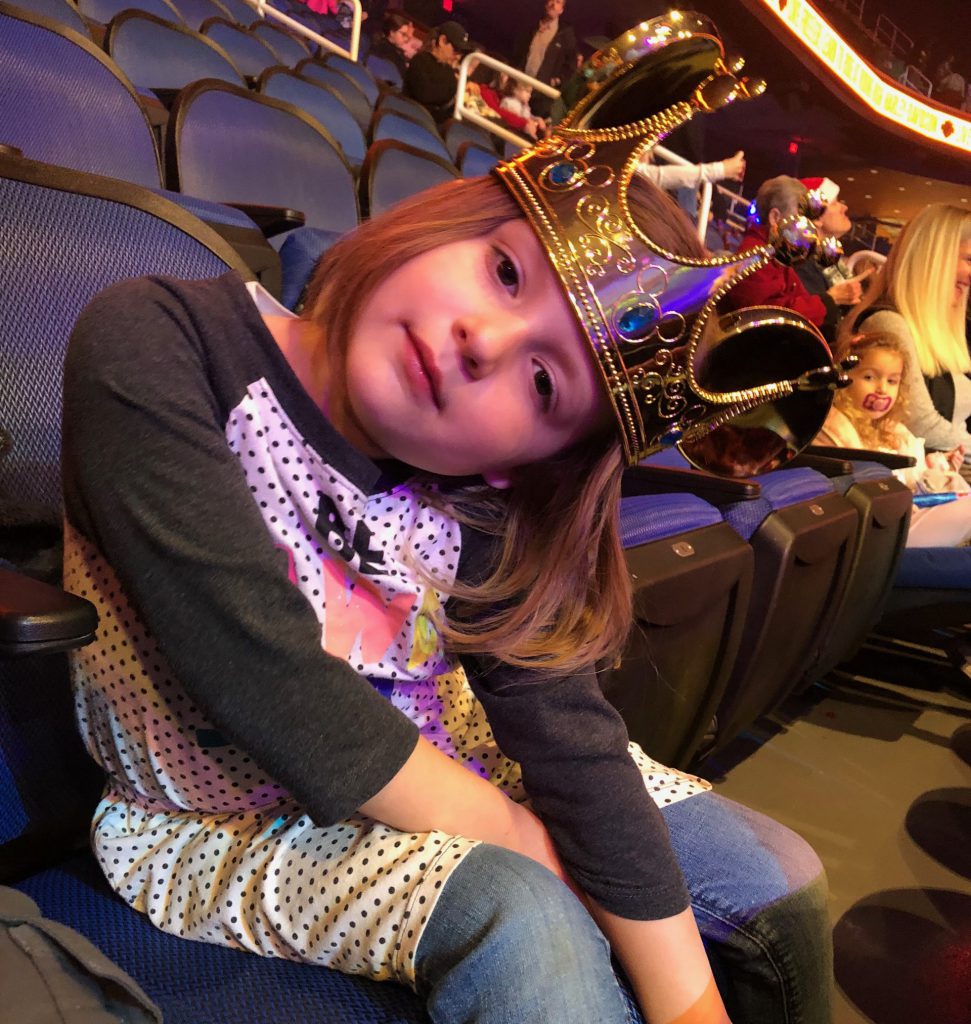 at least the $15 crown was sort of cute. 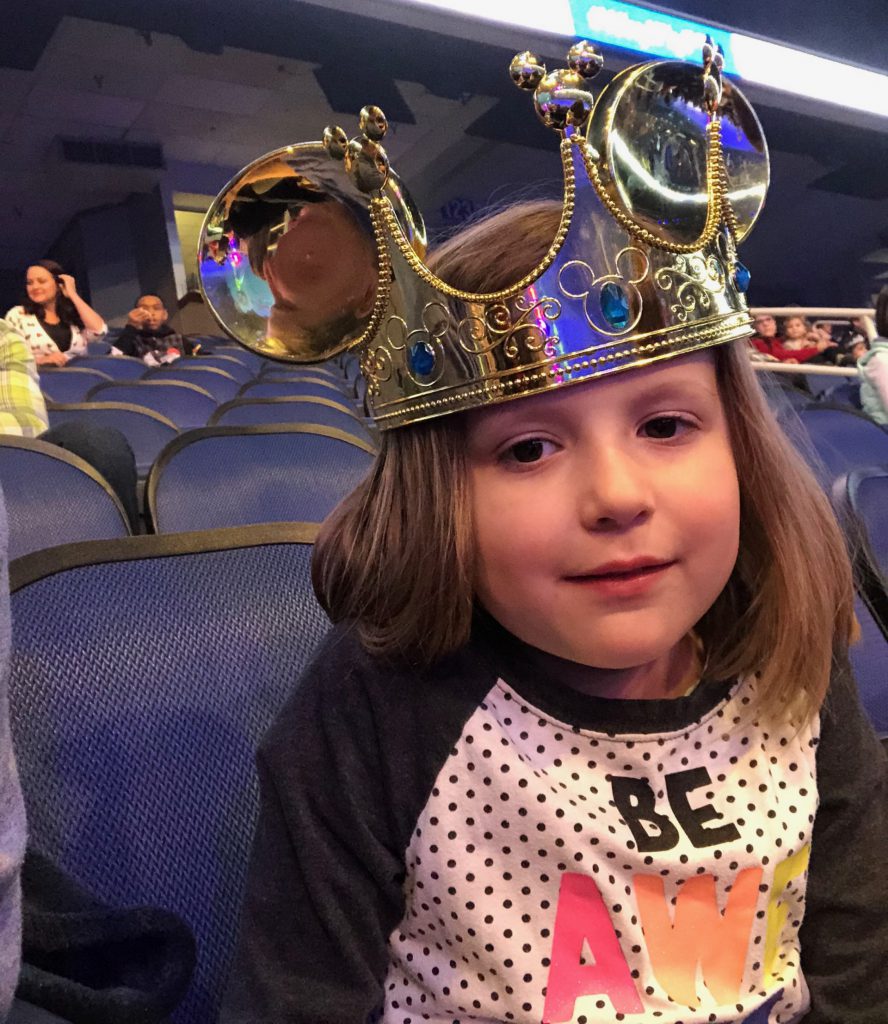 finally, the show began. the plot revolves around the crowd helping mickey and his gang collecting various items from different disney characters to raise the magic meter enough to break tinkerbell out of captain hook’s prison. riveting. first up was belle and the beauty and the beast gang. 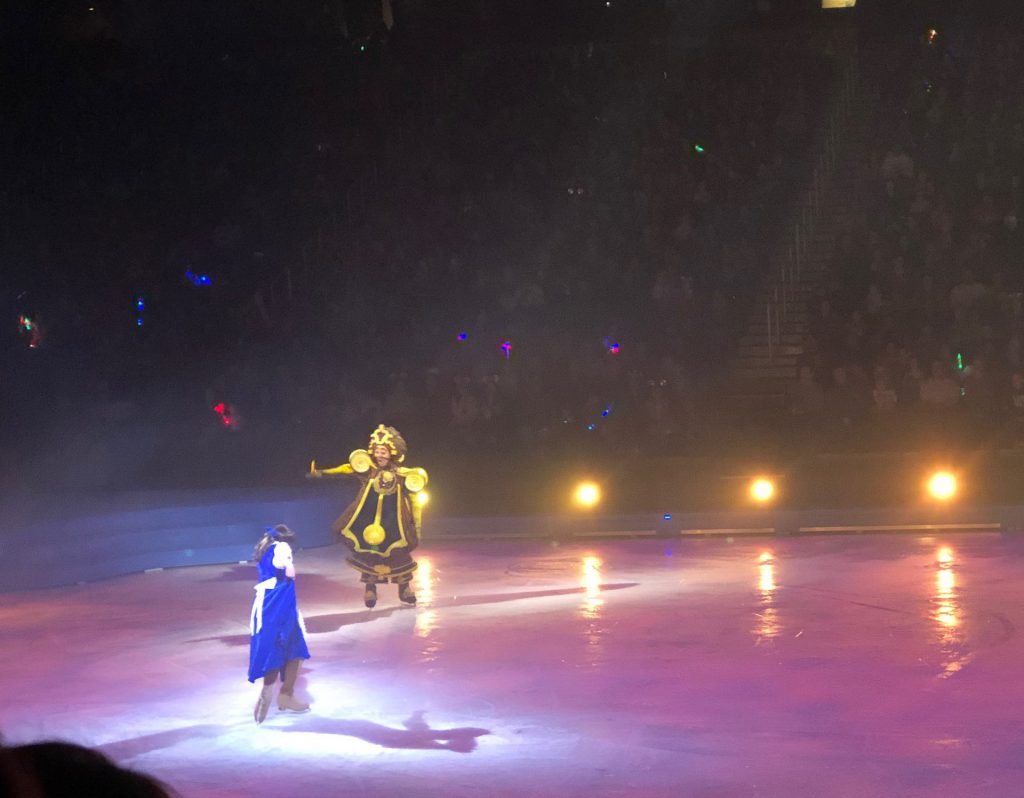 i quickly realized this was way cooler than i thought it would be. 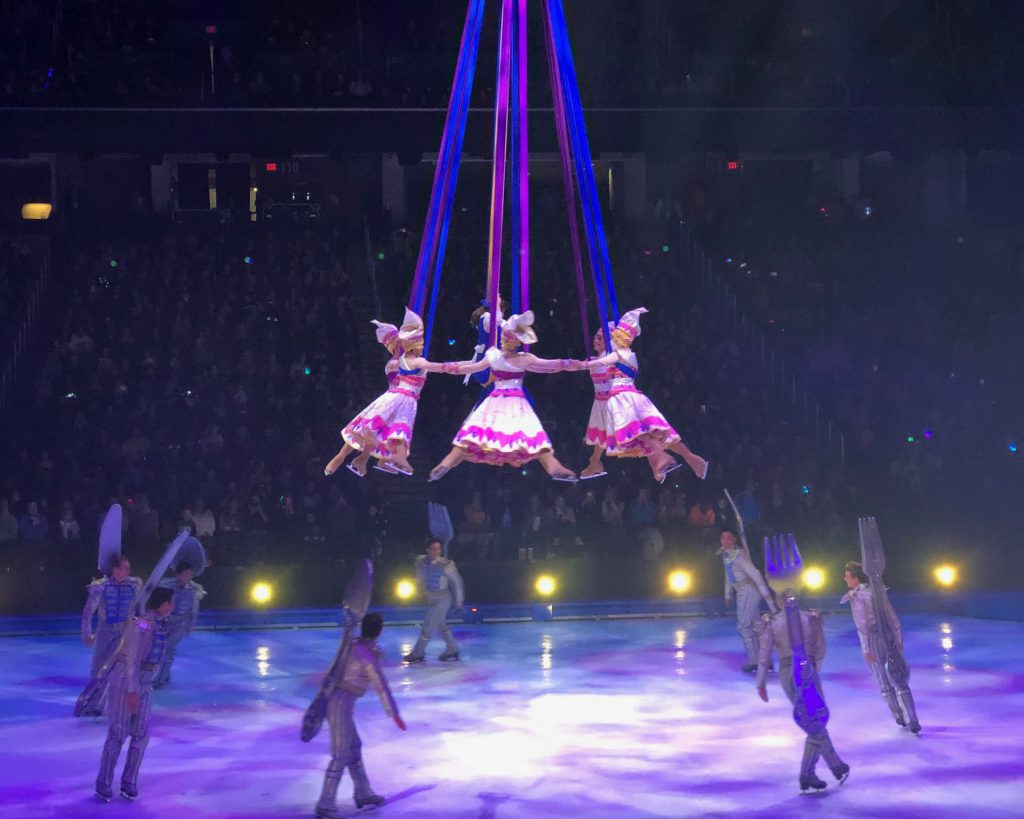 toy story was one of our faves. the army guys did some pretty cool tricks, but buzz and woody are always fun too. 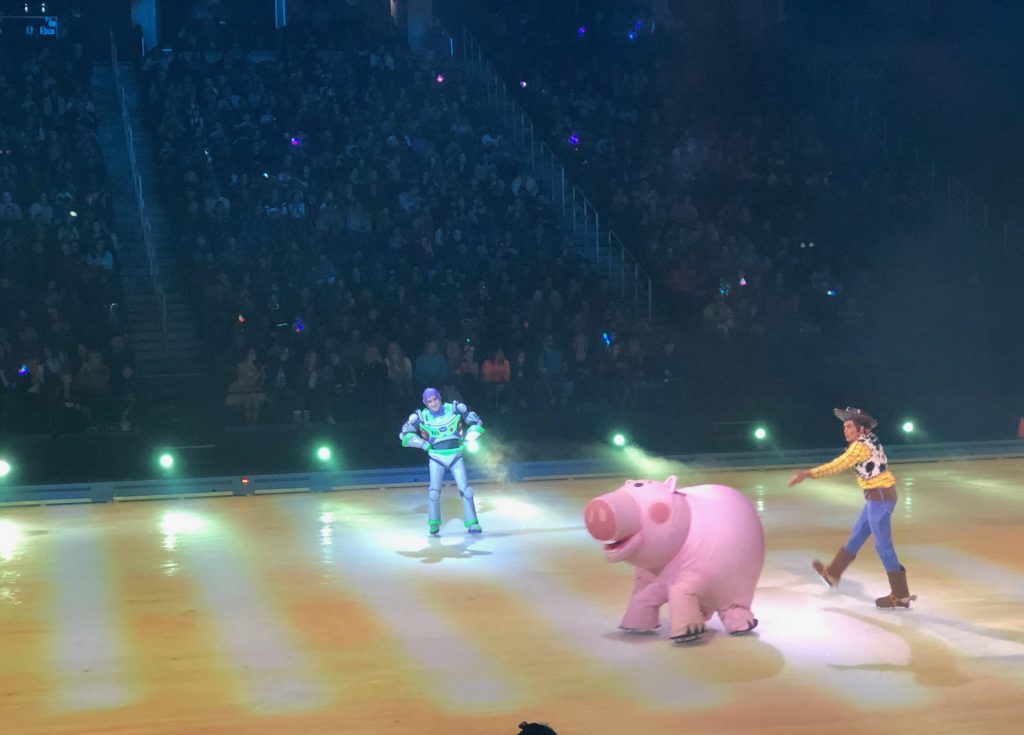 moana was cool. the songs from that movie are pretty great. 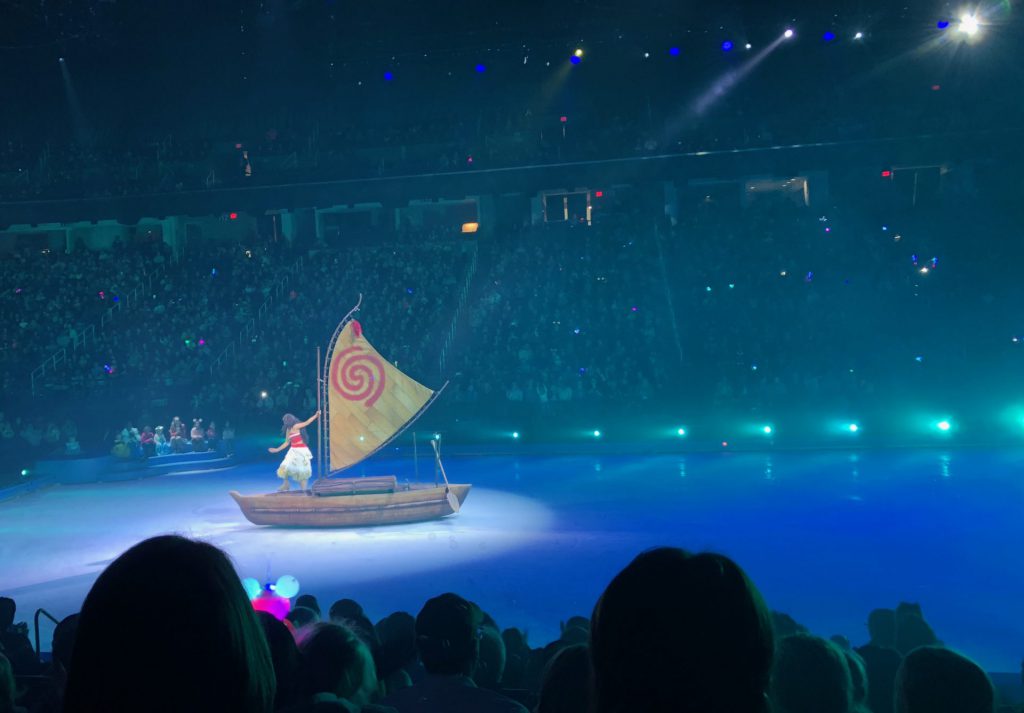 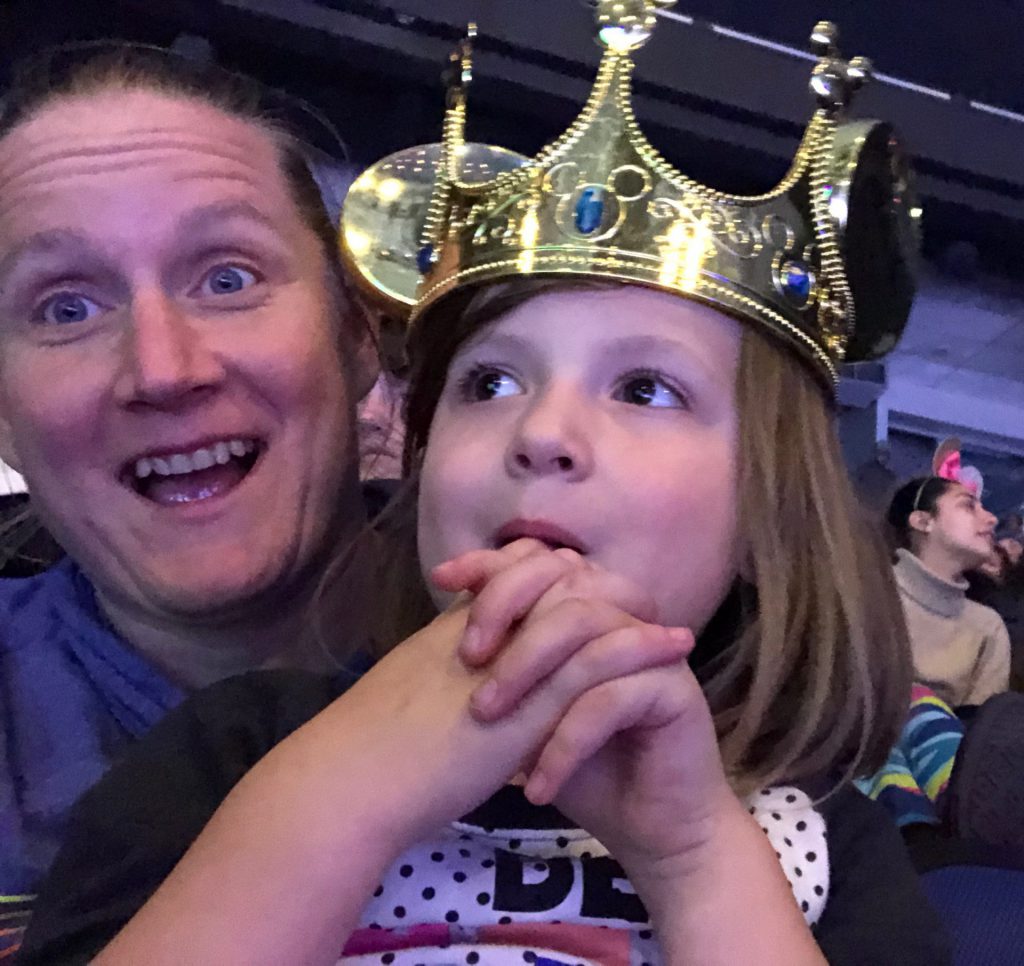 coco was just before intermission. and i think was maybe our favorite of the night. it was all blacklight and neon colors, making it sort of hard to photograph. 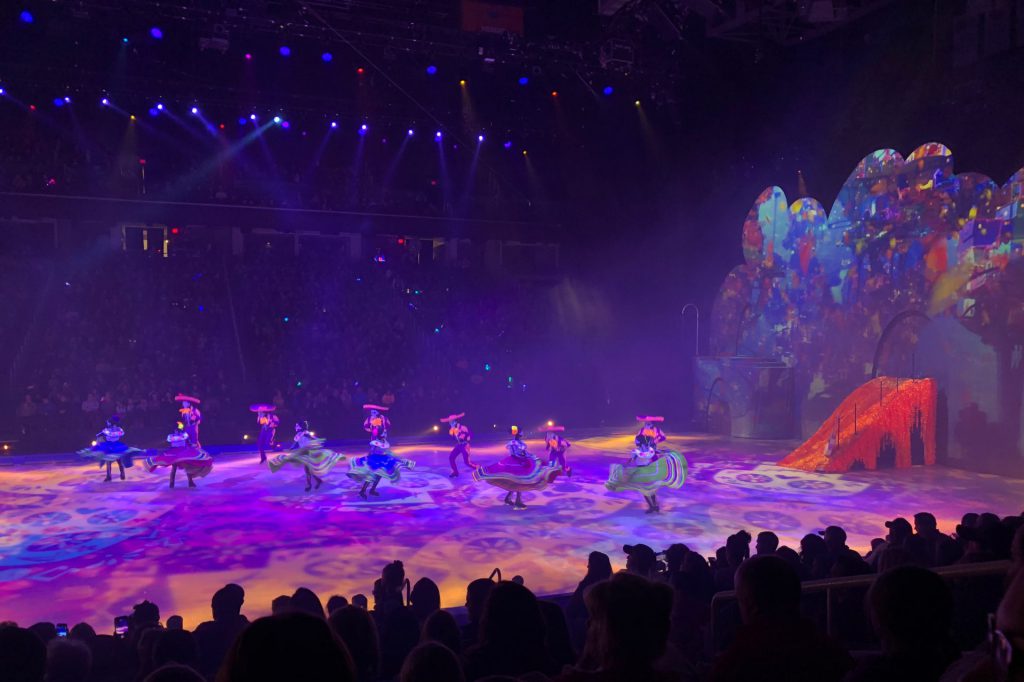 apparently i gave up on taking pictures after the intermission. but i can assure you, it was all pretty cool. when elsa came out and sang “let it go” the entire crowd was singing along and it was really cute.

so. a few notes on things. i could not believe how many people were there with tiny humans. example: the family that was entirely surrounding us was like 12 adults (grandparents, aunts, etc) and then three kiddos under age two. they didn’t care at all about the whole thing and one kid was pretty unruly and miserable the whole time. they spent most of their time passing him around, trying to appease him, and searching for a missing pacifier with their phone flashlights. also, i felt like we spent a bucketload of money on tickets and snacks, but i was seeing folks with all the bells and whistles for all their kids and armfuls of snacks and drinks. i can’t even imagine dropping like $500 on this thing.

anyhooooo… back to that intel from chick fil a. one dad (of two girls, 2.5 and 6 months) who has been to three of these things, gave me all the tips. one such tip was i would know when things start to wrap up for the finale and thats when he leaves, to avoid traffic, because his kids don’t know any better. when the finale started up, he and his fellow like minded parents all started to pack and leave, which was really annoying, because the people who weren’t afraid of a little traffic, and had kids who wanted to see the finale, had their view obstructed by all the early departing folk. so. annoying.

and the finale was the coolest part. maybe i’m just a grumpy cheapskate, but i don’t understand spending all that money and energy and then begin stressed out by a little traffic. 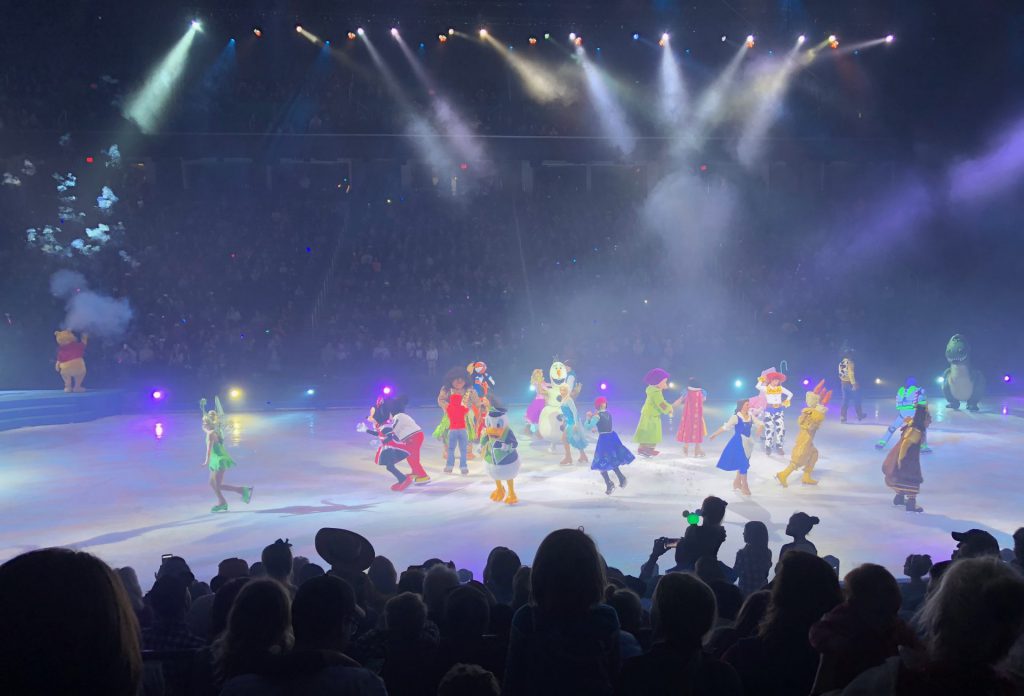 the girls loved the finale. we saw several disney characters that weren’t in the show, like rapunzel and pooh.

we stayed in our seats until the very end, then went to lost in found, just in case our coat was turned in, and then off to the car. and lo and behold, traffic was not all that bad. the girls continued to stuff their happy little faces with cotton candy all the way home and drifted off into a disney themed slumber.

in the morning, hazel woke up and asked me, “did i dream about disney on ice or did that really happen?”

One Reply to “girls night out. disney on ice.”