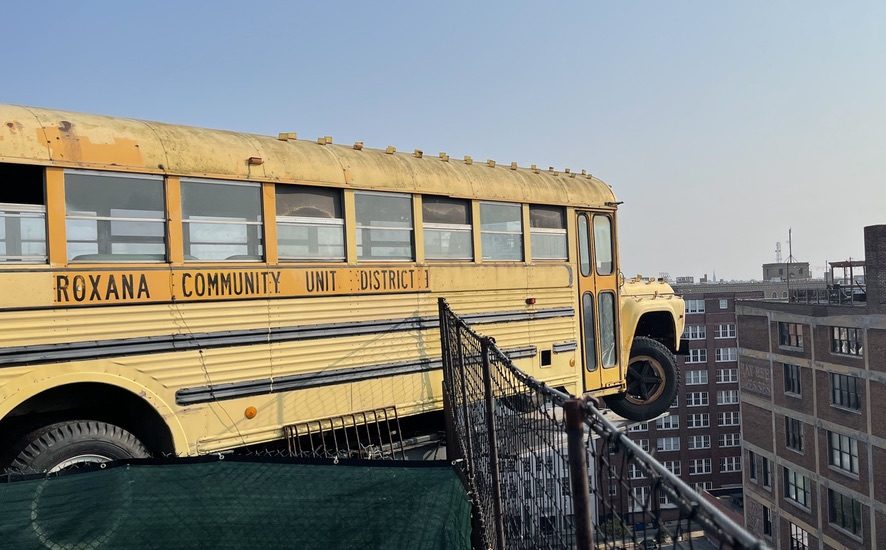 our last day in st. louis was a saturday, so derek was able to join us as we crammed in as much as we possibly could. (he took a lot of days off for the big things, but usually had to work while we did the smaller monuments and such).

we started off with a little visit to the ulysses s. grant national historic site. firstly, we took a tour of the home his wife grew up in and he shared with her for most of his life.

between the tour, the museum, and the (very interesting) park video, we learned all about america’s 18th, and possibly most underrated, president. how he ended up in missouri. his family’s conflicts about slavery. his leadership in war. his world travels. his post presidency misfortunes. and so much more.

once the kiddos had completed their junior ranger books, we got them all sworn in, badges collected, and we were of to our next stl location.

derek had found a local farmers market. a really old farmers market, at that. we bought a million things, as we always do. so much cheese. and popcorn. and pickles. mostly those things.

we popped back into the camper for a bit, to eat, walk ruby, and drop off our farmers market goods, and then we were off to our final stl adventure.

we had heard fantastic things about the city museum, but had some concerns about how busy it was. a phone call to them confirmed that if we came later in the day, like four or five, we might have a less peopley experience. so, that’s exactly what we did.
from the outside, we could already tell that this place was going to be like nothing we had ever seen before.

the museum is in a huge abandoned building. a warehouse or factory or some such industrial vibed place. and all of the exhibits are made from recycled materials. and there’s no rules, i mean, outside of common sense decency. nothing is off limits, and all structures are free to explore in any manner you can think of. crawling, squeezing, climbing, shimmying, and scooting are all encouraged. knee pads and flashlights are sold in the gift shop. its basically every kiddo’s dream come true.

there are several stories worth of places to explore, and we barely scratched the surface. it was all so strange. like, what is the point of these cabinets? especially in a such a wild place. i mean, they were cool. but just seemingly out of place. as much as anything can seem out of place in such a strange conglomeration of randomness.

it was hard to capture many photos, because it was sort of weirdly lit and kids were flying every which way, but i managed a few. the kids favorite area was the skate park. yep. a skate park. one whole floor was ramps and half pipes and other skate themed features. kids were running all around, dripping with sweat, crashing into each other. it was mayhem. we squeezed through all sorts of passageways, not ever knowing what would be at the end, and what obstacle we would have to navigate next.

we did have one minor rough patch. anna and i climbed seven stories of spiral staircases, waited in line for 45 minutes, in the stifling and stuffy heat, only for her to decide she wasn’t comfortable going down the slide alone. there was no reasoning with her. tears were cried. and we climbed seven stories back down and reunited with the rest of the fam who had made the initial decision not to slide.

we splurged for the add-on ticket that gave us an hour and a half of time on the roof. this is where i tell you that this place is not cheap. but so worth it. if we lived in the area, i would for sure have an annual pass. we filed into a bus that sticks out over the edge of the building and looks down on the street. chuckled at the GIANT preying mantis. the kids went down the big slides a million times. and i waited in line so that anna and i could ride the 10 story high ferris wheel.

the line took up over half of the time we had at the top, and we barely made it in time, all for approximately four total revolutions. it was still a cool experience..

another favorite spot was the outdoor playground. we navigated through tunnels and up weird staircases, going from old actual airplanes to firetrucks, up and down precarious staircases, crawling, hunching, scooting, and most of all, sweating. and getting very dirty.

we almost closed the place out. the kiddos were worn out. the adults also. but, we had a doggo to get back to. and a travel day to prepare for. so we had to say a sad goodby to this incredible place.