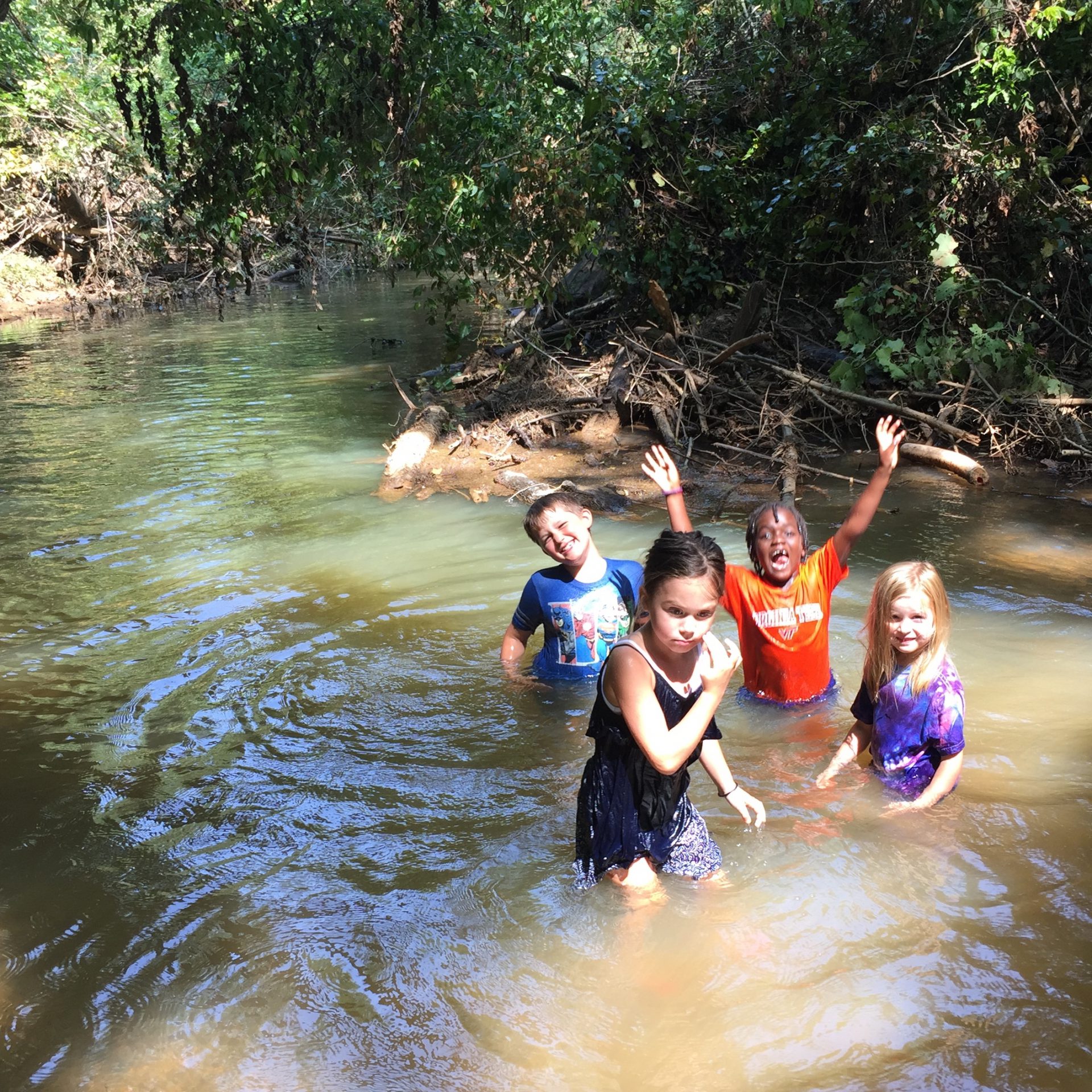 the second half of summer flew past in a flash.

i hit up some consignment sales for clothes for the annababy, who can still squeeze into 4t clothes, but they are quite short.  i took her with me, and wound up purchasing a darth vader costume, which she insisted on wearing everywhere, much to the amusement of everyday folk who came across her path.

we had a big fat playdate.

these two girls.  anna and hazel are becoming such cute little sisters.  leaving isaac to fend for himself.  someday, he won’t mind.

BEFORE our beach trip, i decided i would get my school shopping knocked out.  off to target, with standard winston-salem forsyth county schools list in hand.

the first round.  i thought i was done.  i was very wrong.

we squeezed in a visit with the peters family.  the girls get along famously.

the boys, not as much.  but i think they maybe still had a moment or two of fun.

sadly, we had to list our vocal rooster, chicken harry potter, on craigslist.  i loaded him up and took him west to meet a guy who promised him a good home with some ladies.  i hope it all worked out.

we were actually down to just five hens after sending him off, so we decided to take a chicken break.  we gave the hens to a friend who has a bunch of chickens.  and we can skip the miserable part of raising chickens – the winter, and start over with chicks in the spring. the mass murder of our last little batch by lucy sealed the deal.  it’s so hard to introduce babies to an established flock and we weren’t super attached to any of the old girls (lucy had murdered all of the nice ones).  so, that’s the chicken update.

we had a delightful playdate with the barrier ladies.  a greenway stroll.

hazel strolled right in.  before any of the other kids.  they had years of moms telling them not to do such things.  hazel is a blank slate.  🙂

hazel has become obsessed with wall-e.  she has this little figurine and anna drew and cut out a paper doppelgänger of the beloved robot.

we busted out the mr. sketch markers. (i obviously needed a back to school gift).  we had a smelling party, and hazel caught on quickly.  (we found her the next day, amidst the markers, coloring her whole arm and then sniffing it.  she’s an addict).

the last day of summer vacation.  well, the last weekday.  weekends don’t count.  we went to lorena’s and did a bit of swimming with her kids and the peters kids.

oh. and at open house, we received a way longer and way differenter list of school supplies.  mostly for isaac.  he’s in the nerd class, and they apparently need more stuff than i needed in college.  seriously.  so, i got to run to target and staples on the friday before school, along with all of the rest of winston-salem, who had also received their lists the night before.

with the kids back in school, hazel and i have had some pretty fun days just to ourselves.  we met a friend at chipotle.  life is easy with one baby!

anna’s bff, natalie, had a volleyball match at west forsyth (super close to our house), so anna and i headed over to cheer her on.  anna made this cute sign, complete with a pile of pipecleaners taped to it.

on friday, anna had her first ever dance class.  she was in HEAVEN.  i can’t even tell you how much she has been looking forward to this.

all of the tiny dancers.

aaaaaaand that’s all of august.
onto autumn!!! (just kidding. i live in north carolina. summer lasts for another 4 months. ho hum.)