our second half of our stay at medina lake has been pretty boring. we are tired of the long drive to go do things. so we have stuck around the camper mostly. not much to see here…

some facetime with old friends. with a photobomber. 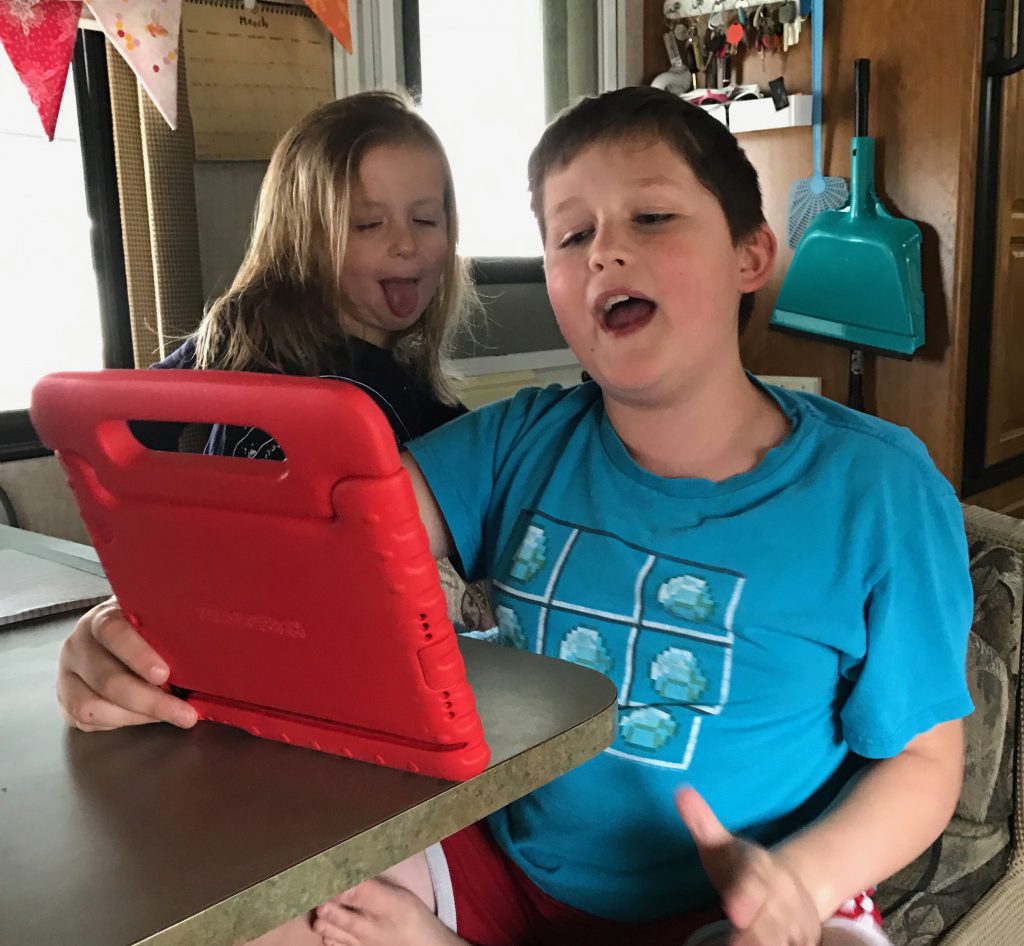 we bought a new game. ticket to ride. the usa geography made it an obvious must. the strategy was a little hard for anna. playing games in general is difficult for isaac. he quits and un-quits several times. but, mostly it was fun, so hopefully we will be playing it more. 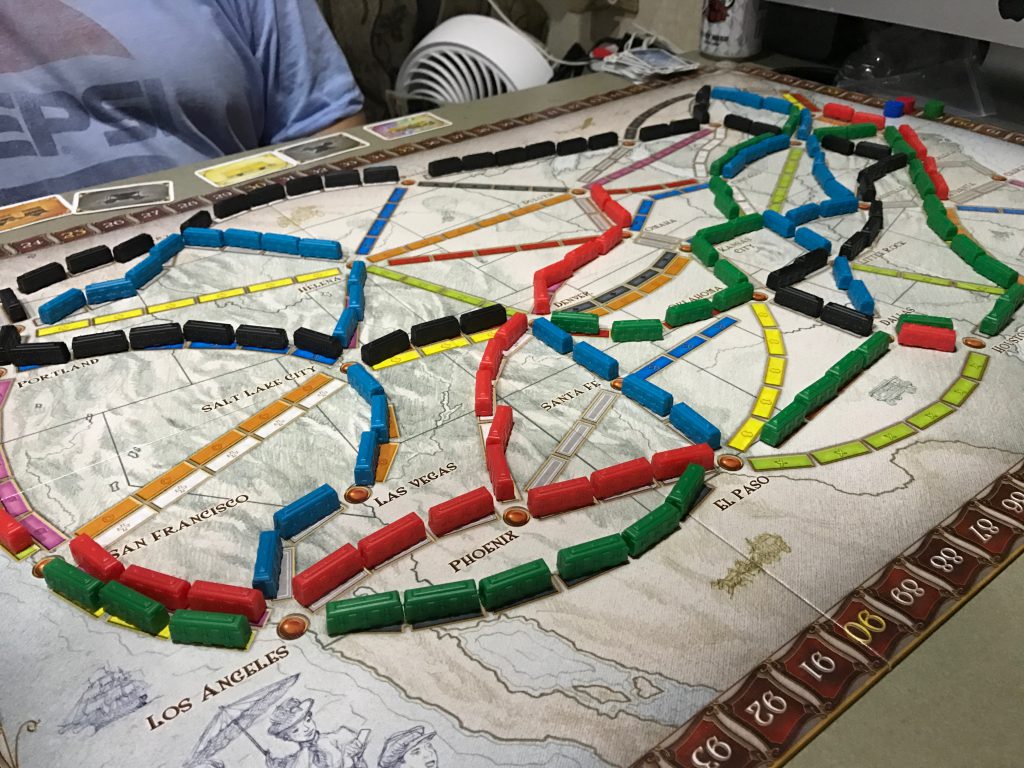 since we moved to the lakefront, we have had to watch our water usage, which means — bath house showers. this one was not one of my favorites. mostly because for an entire week, there was a feminine hygiene product in the shower drain, despite the cleaning checklist having been signed daily. hard to get that out of your brain. i just made sure my skin didn’t touch any shower surfaces. 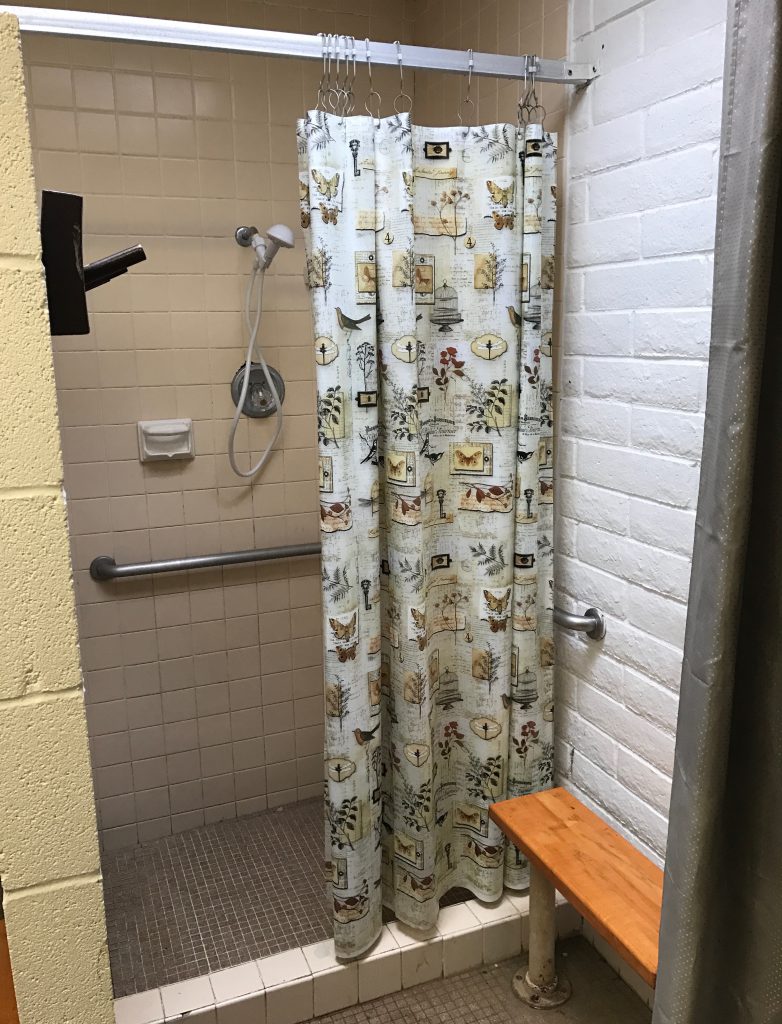 despite the recent infatuation with paw patrol, thomas the train is still hazel’s main love, so on a nice not-too-sunny, perfectly mild temperatured day, we set out to create a sweet track. 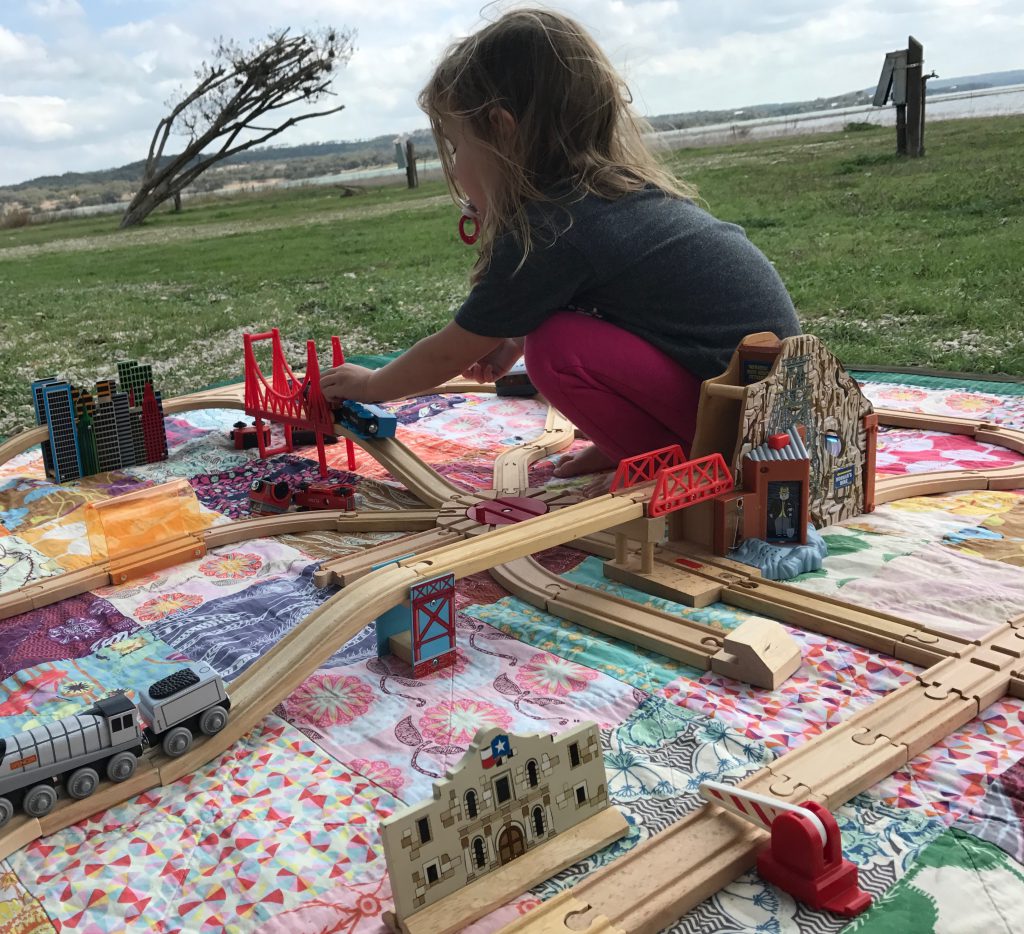 thanks to a cool set we scored from a facebook yard sale site while in nc, we have a bunch of usa landmarks, including the alamo. 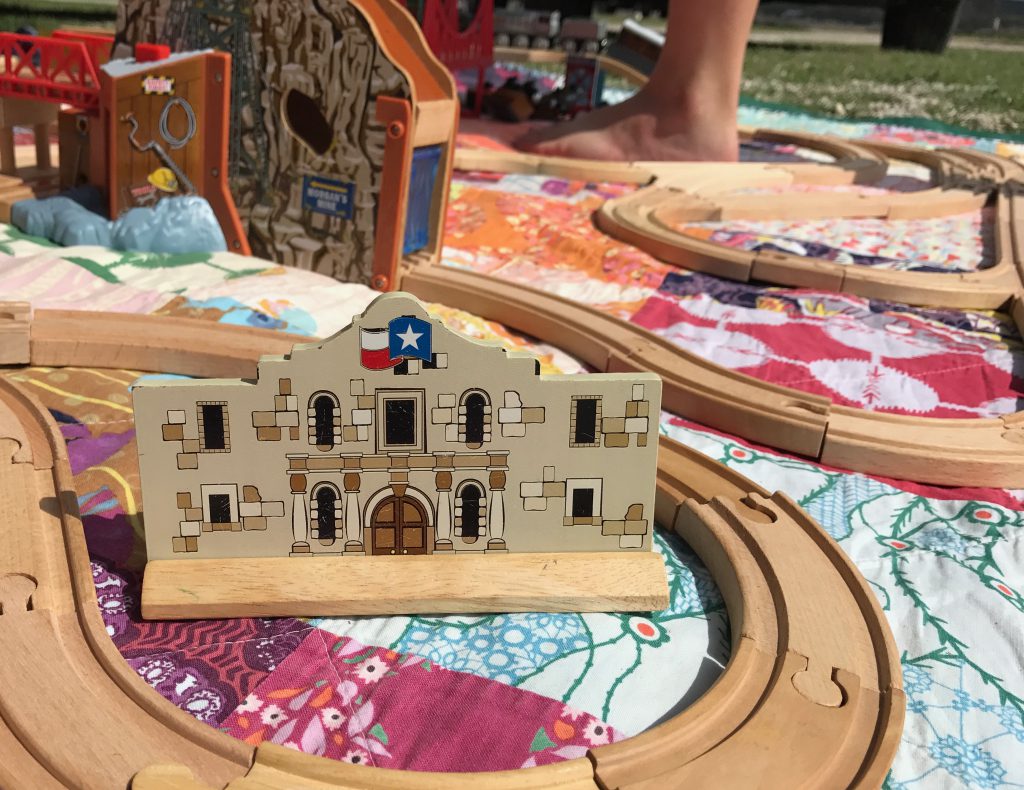 not a bad view. 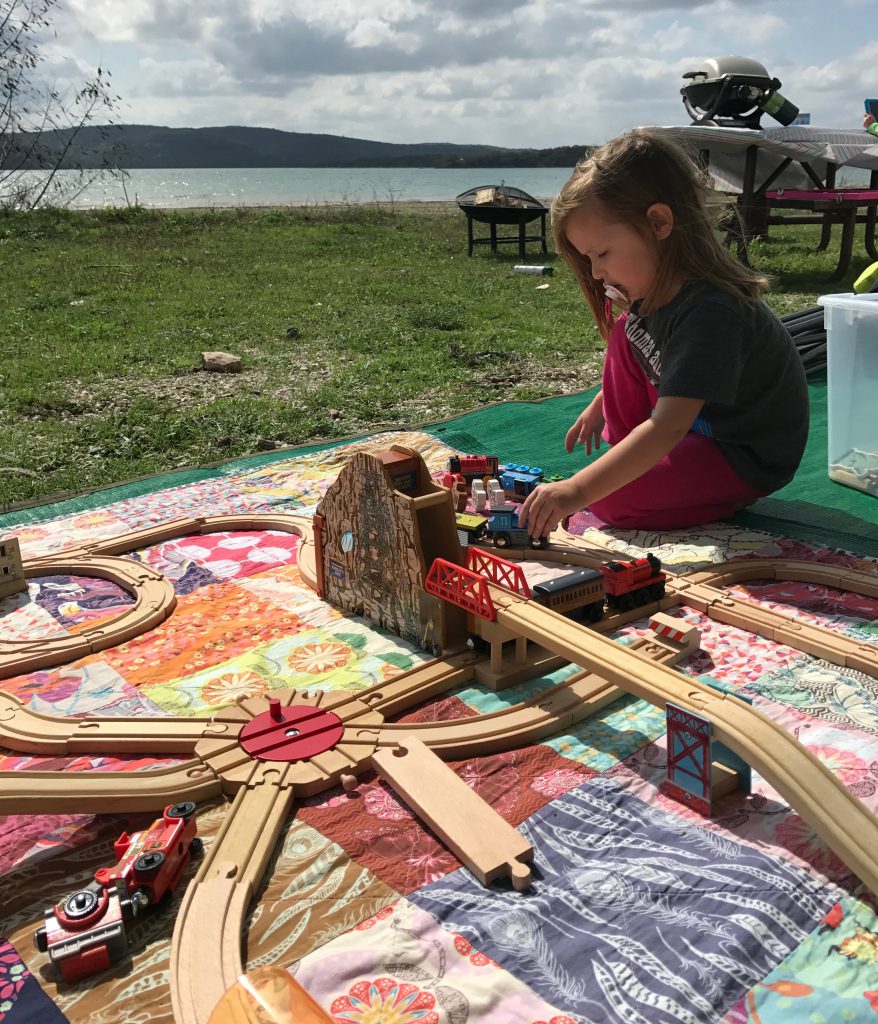 while we trained, the middle kid got to work, making her own “how to draw” video. 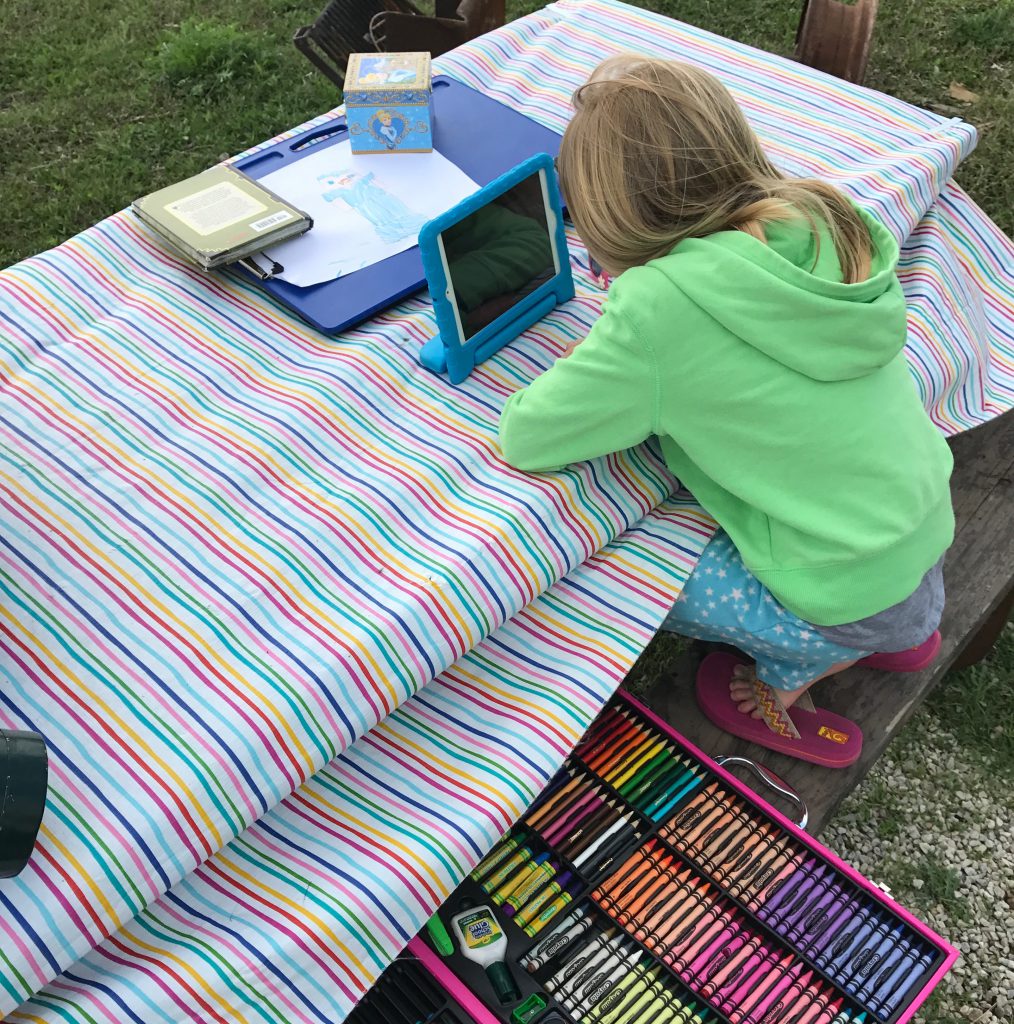 for most of our time here, we have been the only camper on the lake. then one day, three people moved in around us. now, as i write this, there’s another three or four campers within view. it was nice while it lasted, but it’s still pretty awesome. 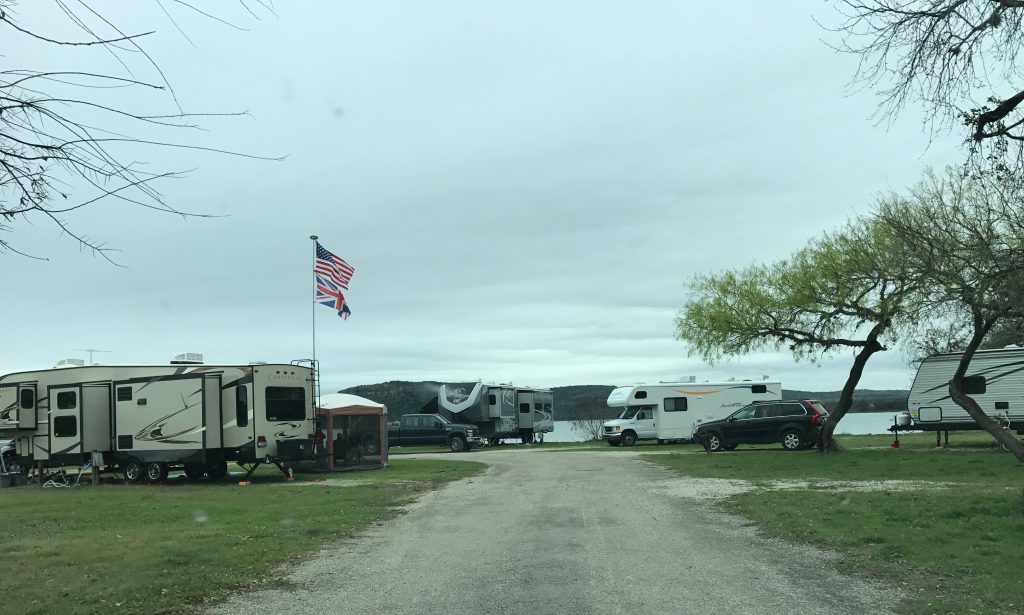 awhile back, i ordered a fabric collection that i NEEEDED for some matchy quilts for the girls. i mean, like a year ago. anyhow, i started thinking about what pattern to make and decided to finally make a move towards actually starting some quilts for the girls. so, i dragged the kids to the rec room, so i could iron out the folded up fabrics. they quickly got to work, building a train track on the nice, level, smooth ground. 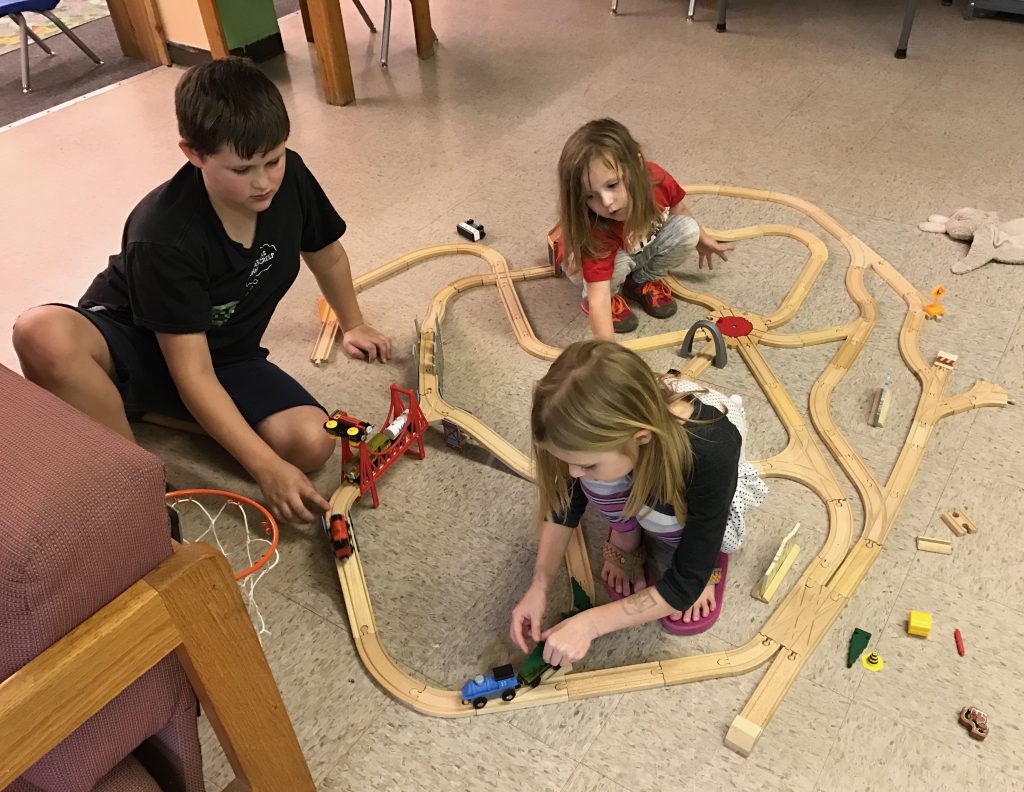 as i ironed, i showed the fabric to the girls, who both informed me that they didn’t like it and didn’t want a quilt from it. anna wants minecraft. and hazel never really was one for “magical whimsy”. oh well, i’ll press on and see what happens. 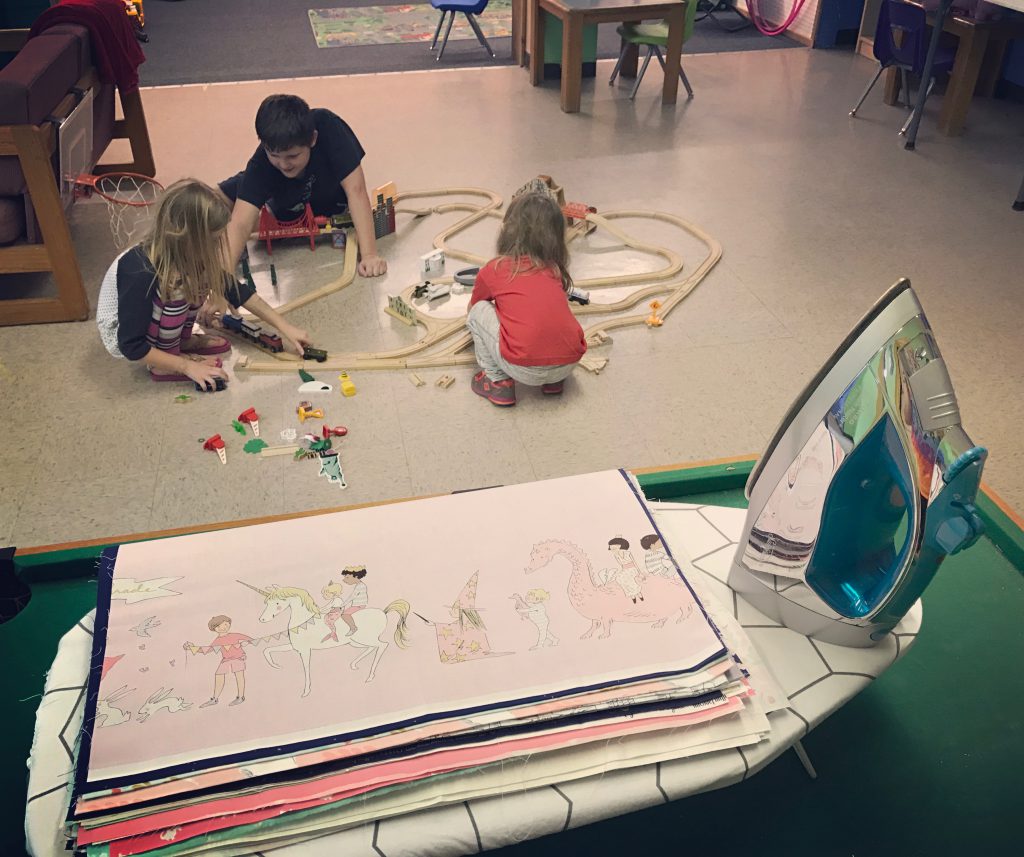 i think i mentioned it in a previous post, but the kids have been drawing like crazy. they love to watch youtube videos and draw their favorite characters. anna’s favorite is “draw so cute”, where the youtube artist draws all sorts of characters in this distinct style with oval heads and big round eyes. i’m saving all the actual artwork for a separate post. 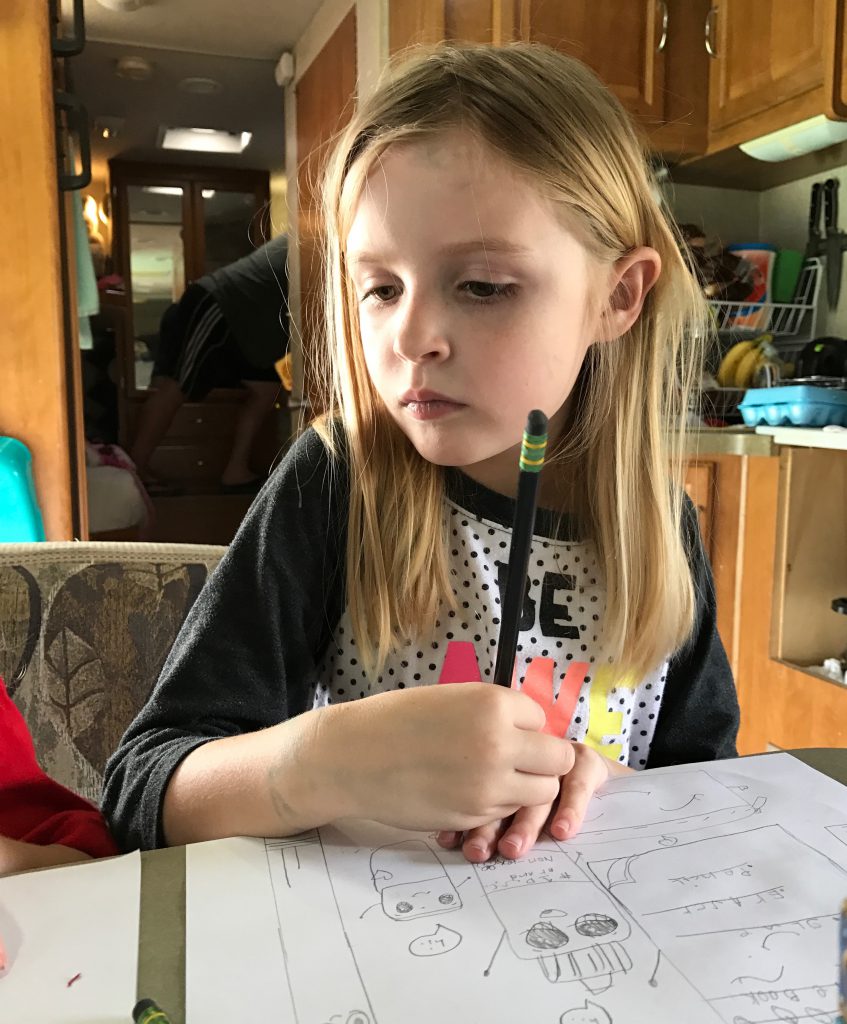 hazel tries to follow along but usually gets frustrated, even though her efforts are pretty impressive for a three year old. so, she just “adds detail” to my drawings when i’m done. 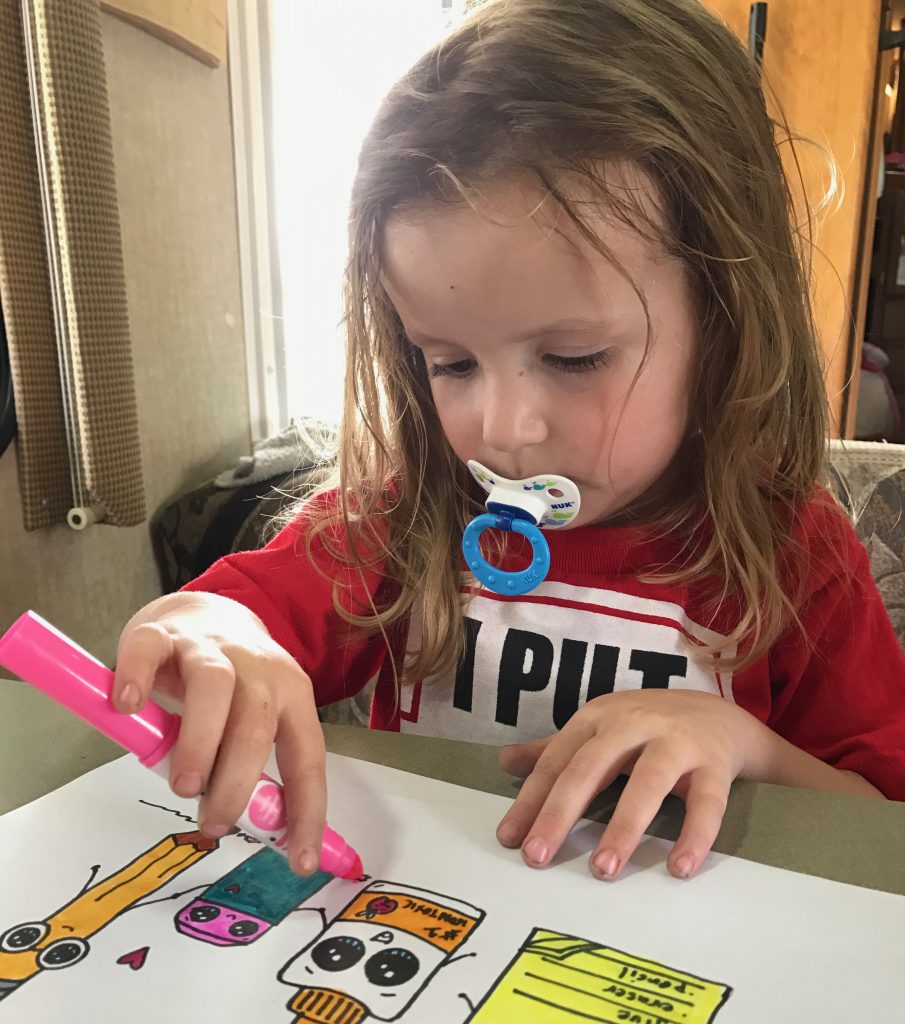 lastly, here’s a picture from this morning, during one of my many trips to the laundry room (everyone was doing laundry today, i guess). on the way back, i happened upon a flock of turkeys, complete with the mack daddy turkey guarding his ladies. i wish i could have gotten a better shot, but he was definitely skittish and i could tell this was the best i was gonna get. 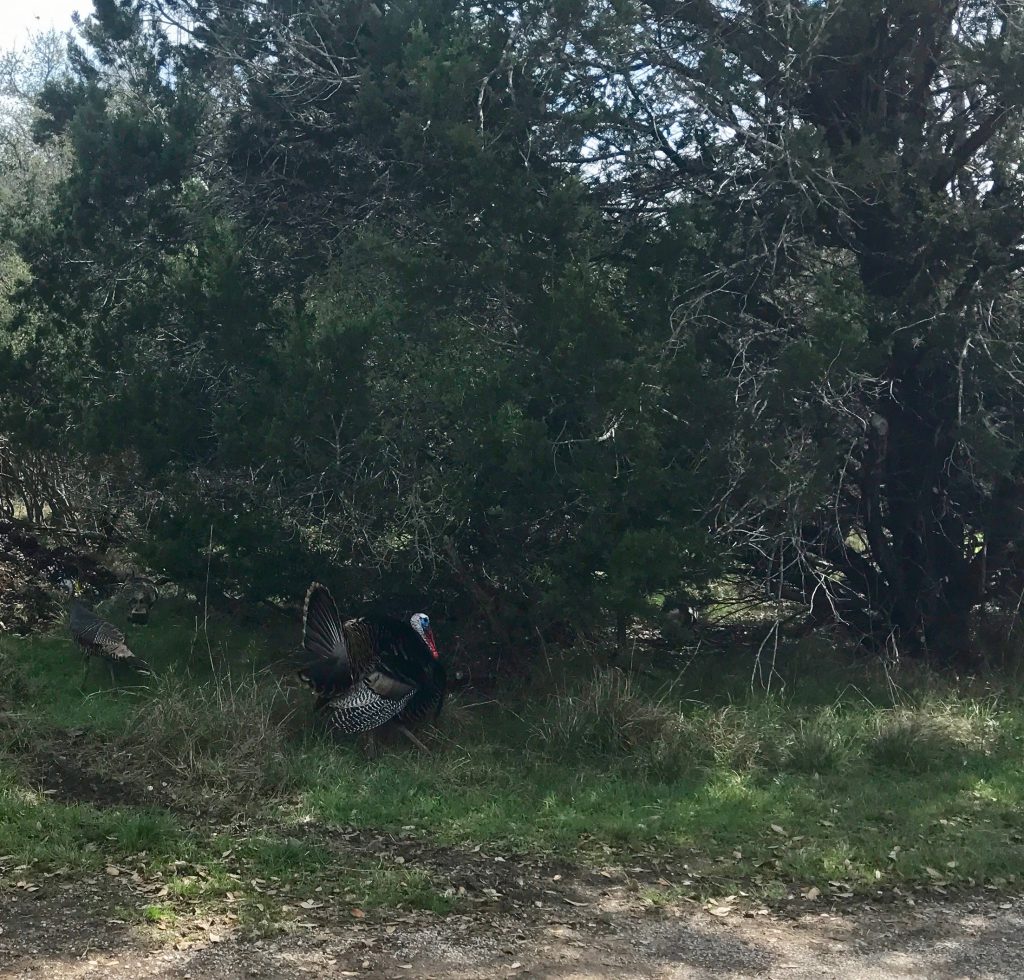 we are packing up things around here for a three hour trip tomorrow to our next spot.
travel days are bleh.