finally. it was time to start our long trip across the country back to north carolina.
derek and isaac took the rv with the plan to travel in small increments in the evenings after work, and the girls and i took a different route, with a plan to squeeze in some adventures and visit friends.
our first planned adventure was an overnight stay in grand junction, colorado, so we could check out colorado national monument.

we made pretty good time on our drive from st. george, so we were able to squeeze in a drive through the park and a stop at the visitor center before we went to our hotel. i won’t lie, the girls were not really all that excited for this one. it was mostly me hopping out for pics and leaving them in the car on their ipads. like balanced rock. 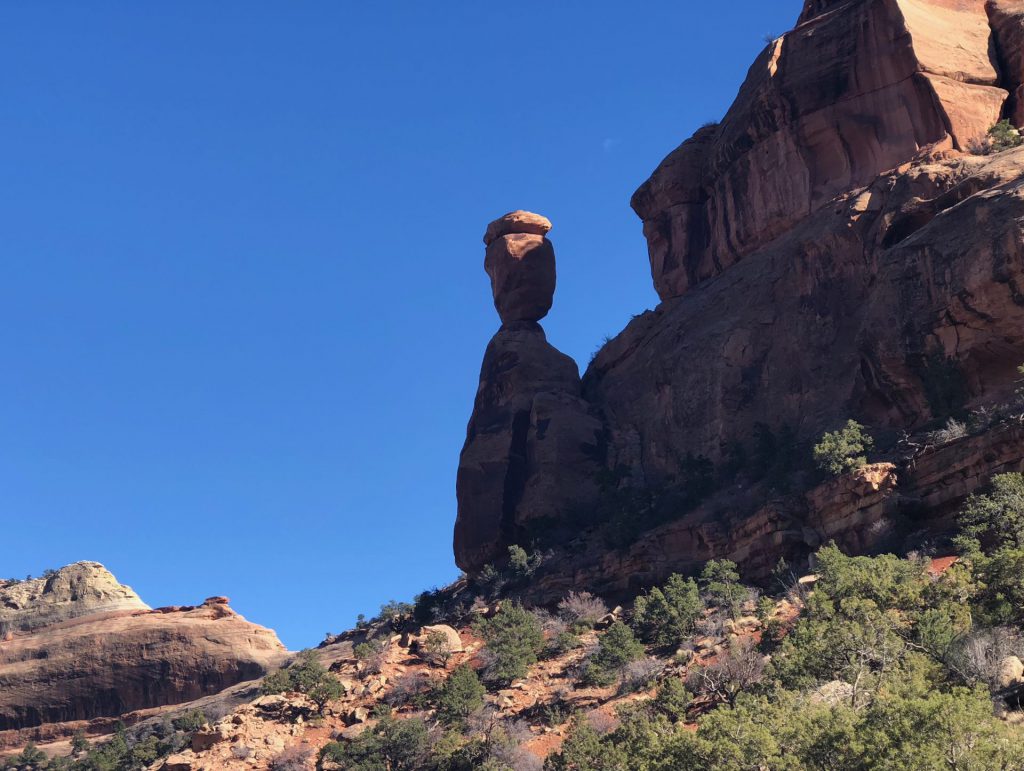 and this view of the road below from up on the plateau or whatever. 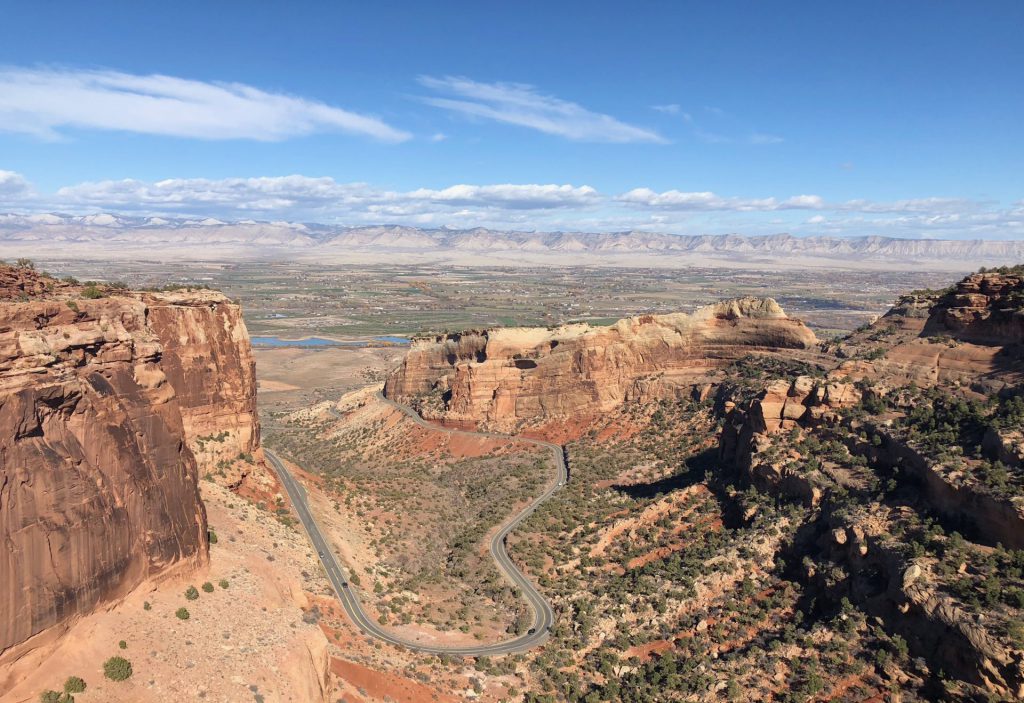 at the visitor center, we picked up junior ranger books and quickly got to work. 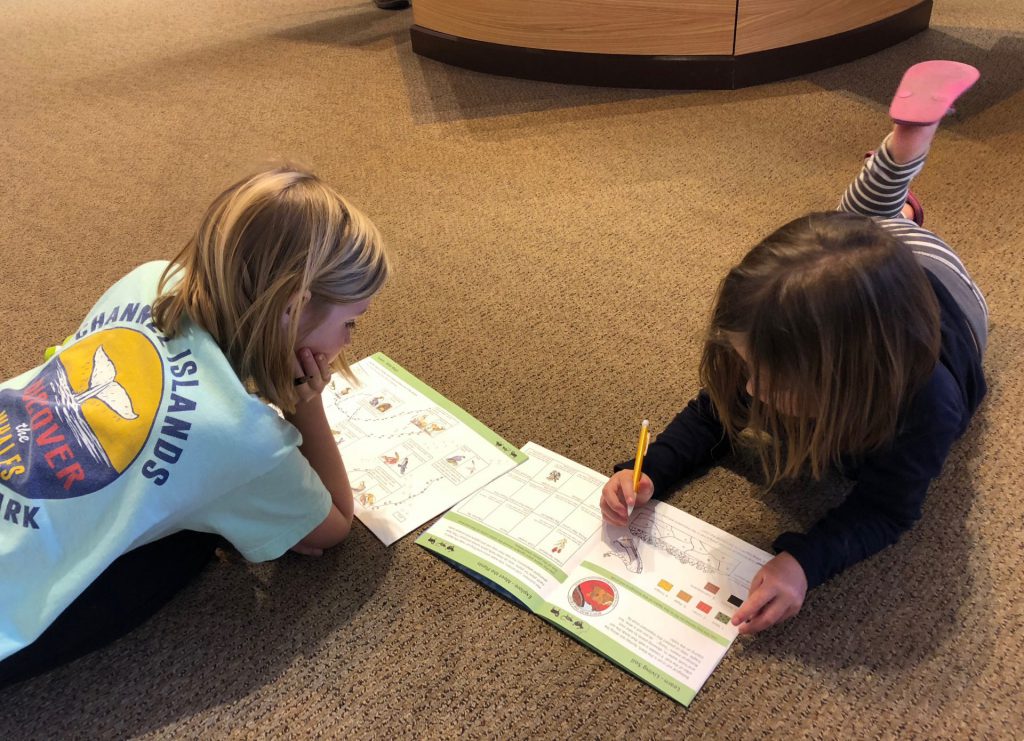 one requirement for junior ranger-hood was a hike. thankfully, the ranger pointed us to a pretty easy interpretive nature trail that would fulfill this task. off we went. 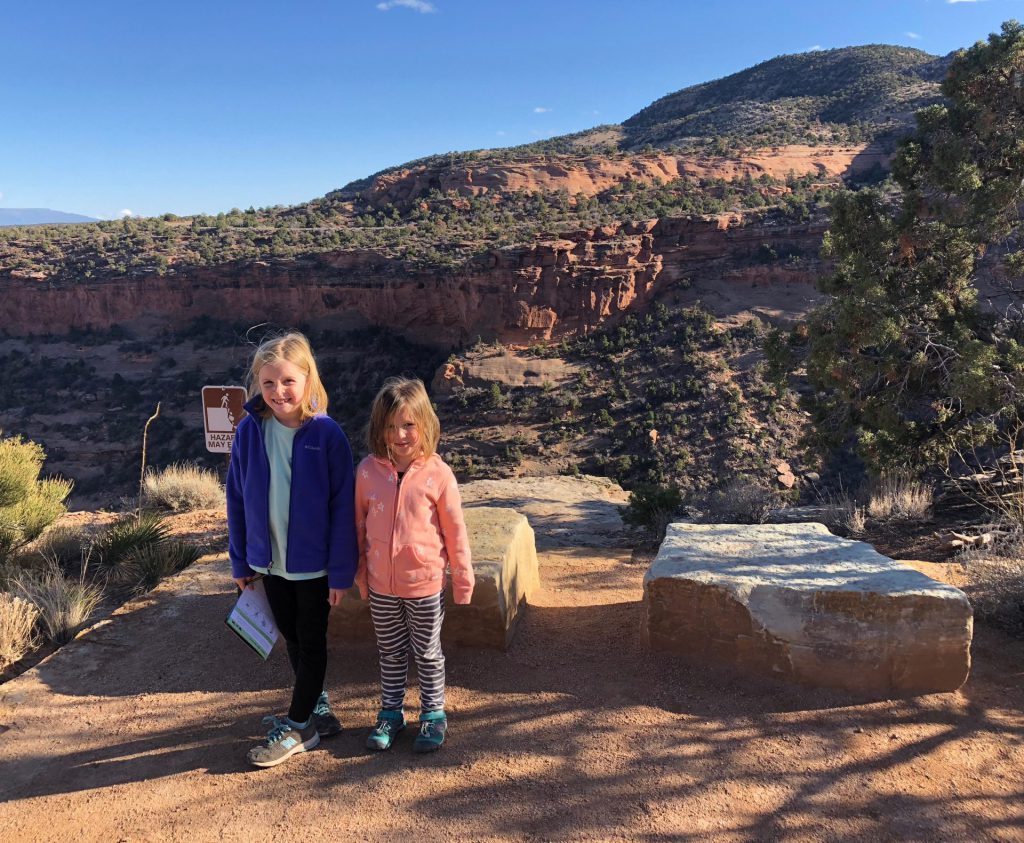 we found a bunch of plants and learned a bit about the geology and history of the area. blah blah blah. but stuffing ourselves in this little hole was fun. 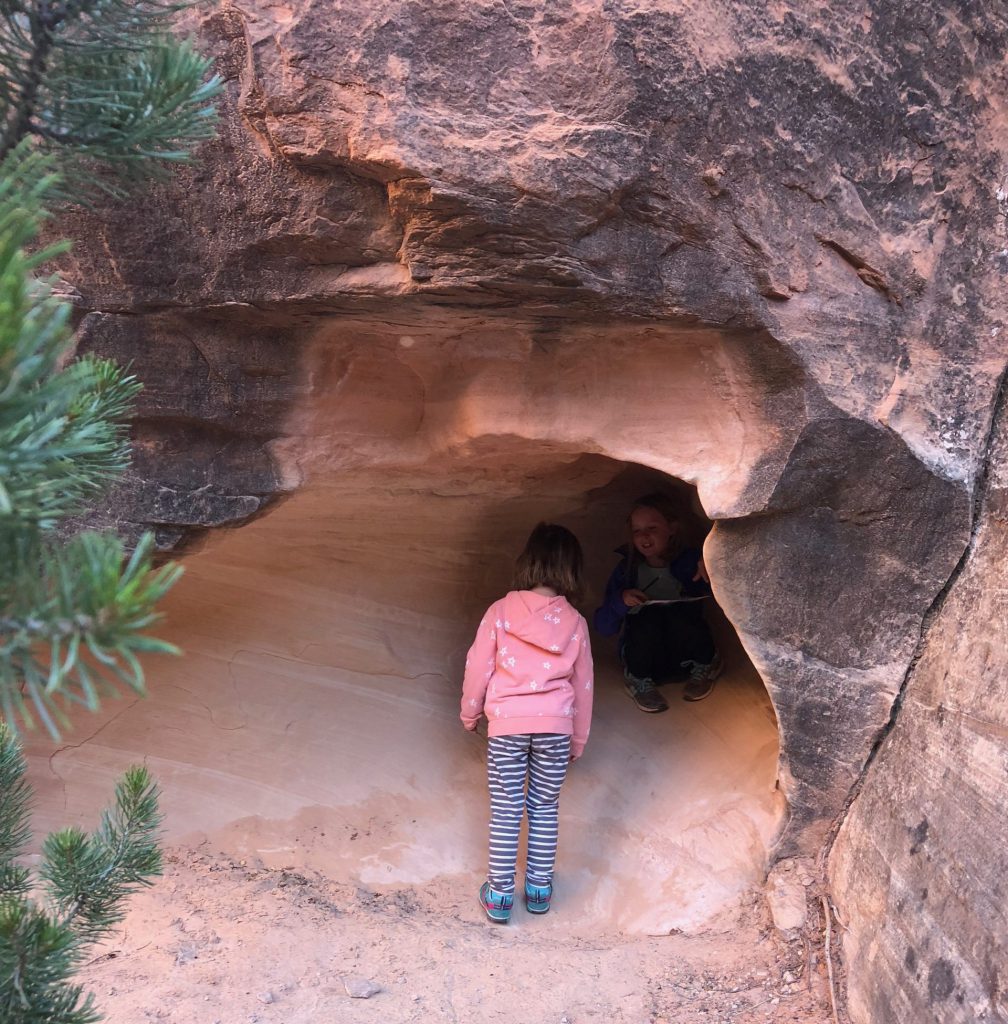 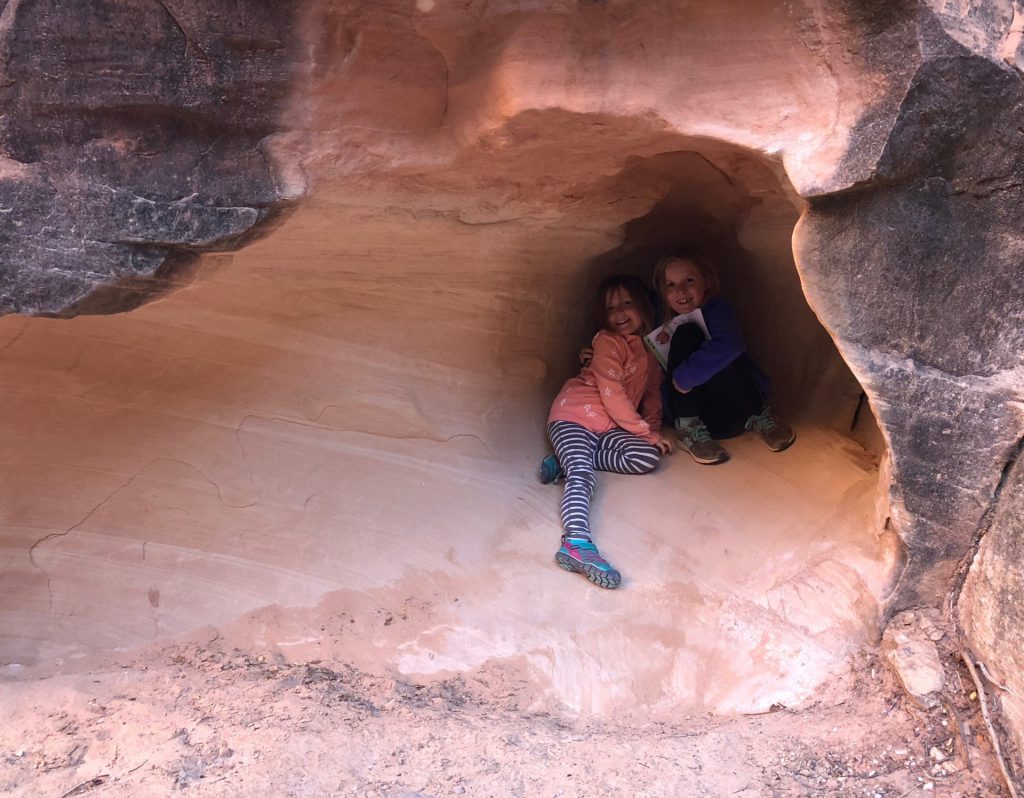 at the end of the trail, we reached this spot carved out of the rock by zillions of years of trickling water. it was pretty muddy inside, and despite my warnings, anna took a pretty epic tumble, like the kind where she flailed around like a cartoon character for several seconds before finally succumbing to gravity and i wished i had been recording it… 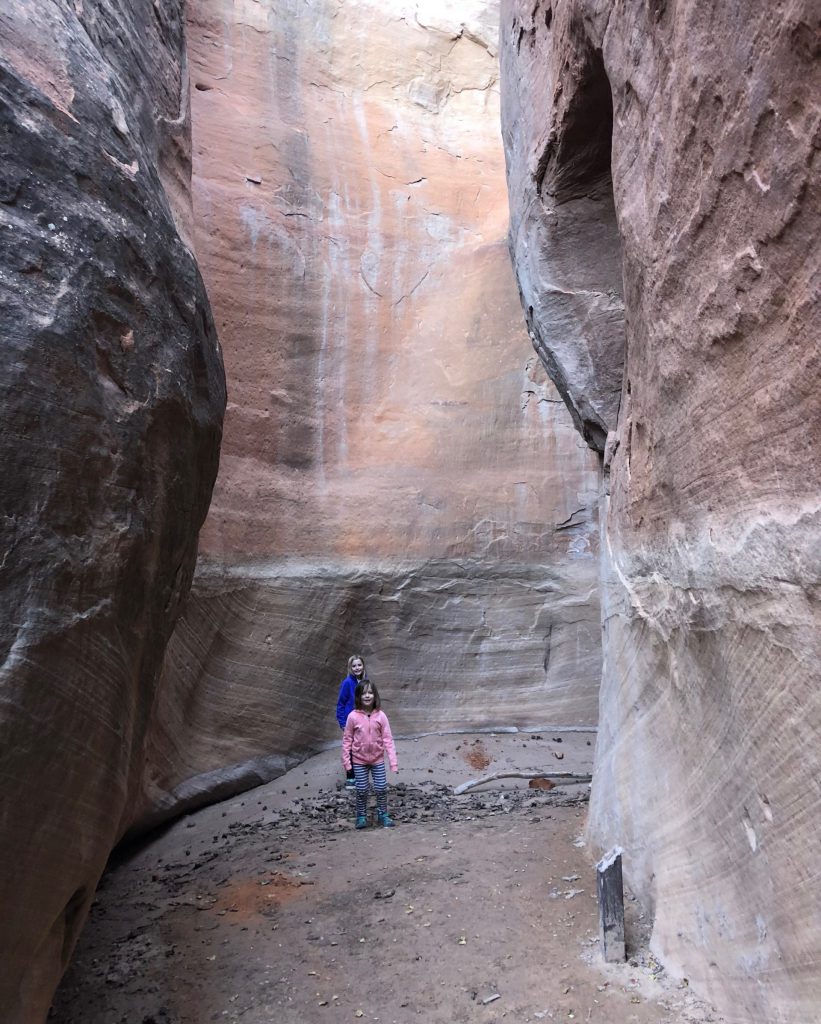 back to the visitor center to knock out the junior ranger bit of our trip. 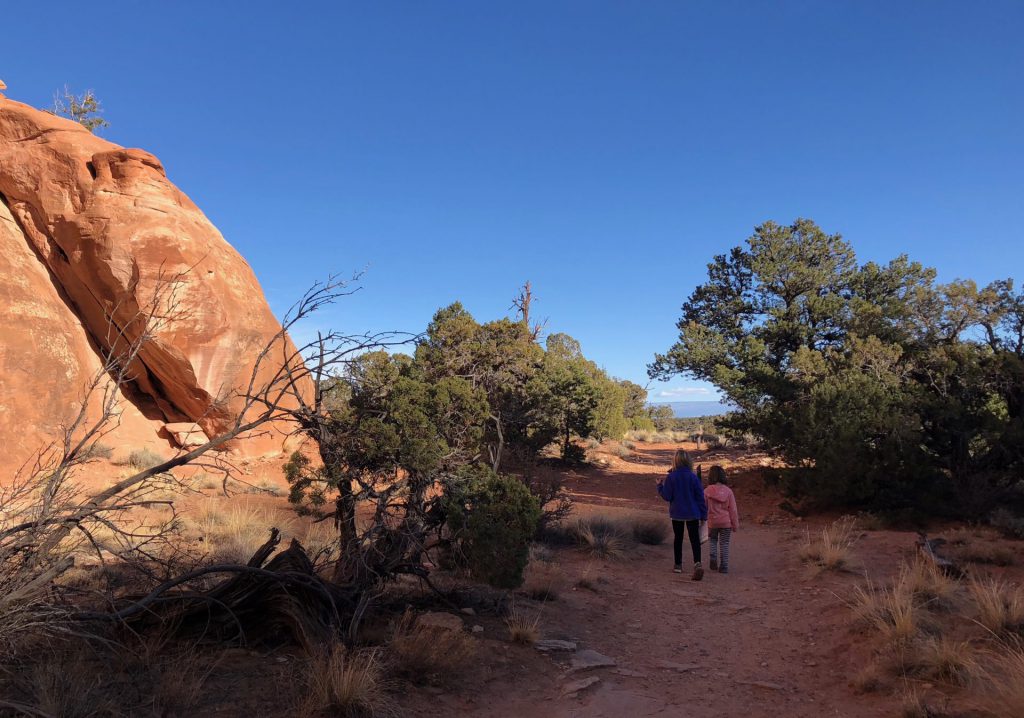 we had an excellent ranger who took his time with the girls and even managed to talk hazel out of some tears when she got a wrong answer. and we scored two badges, and subsequently and immediately lost one. :(.

anyhooo… we continued our drive through the park, with sunset fast approaching, hopping out to get as many pics as we could. 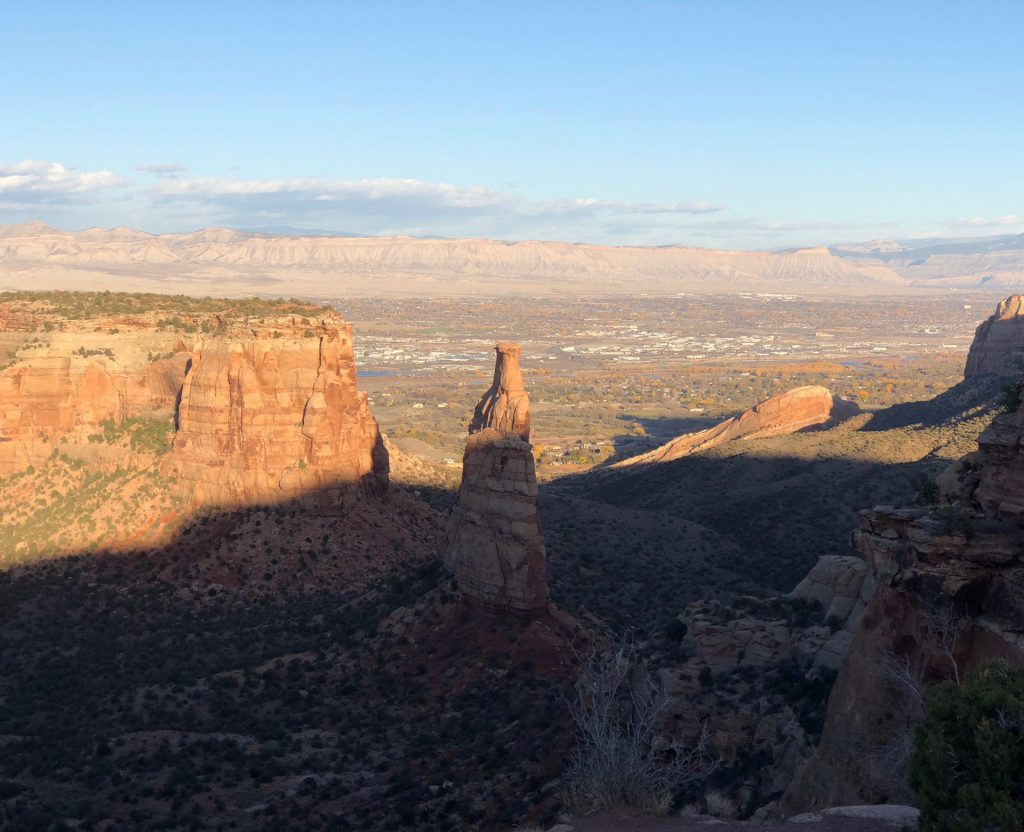 occasionally the girls would join me. 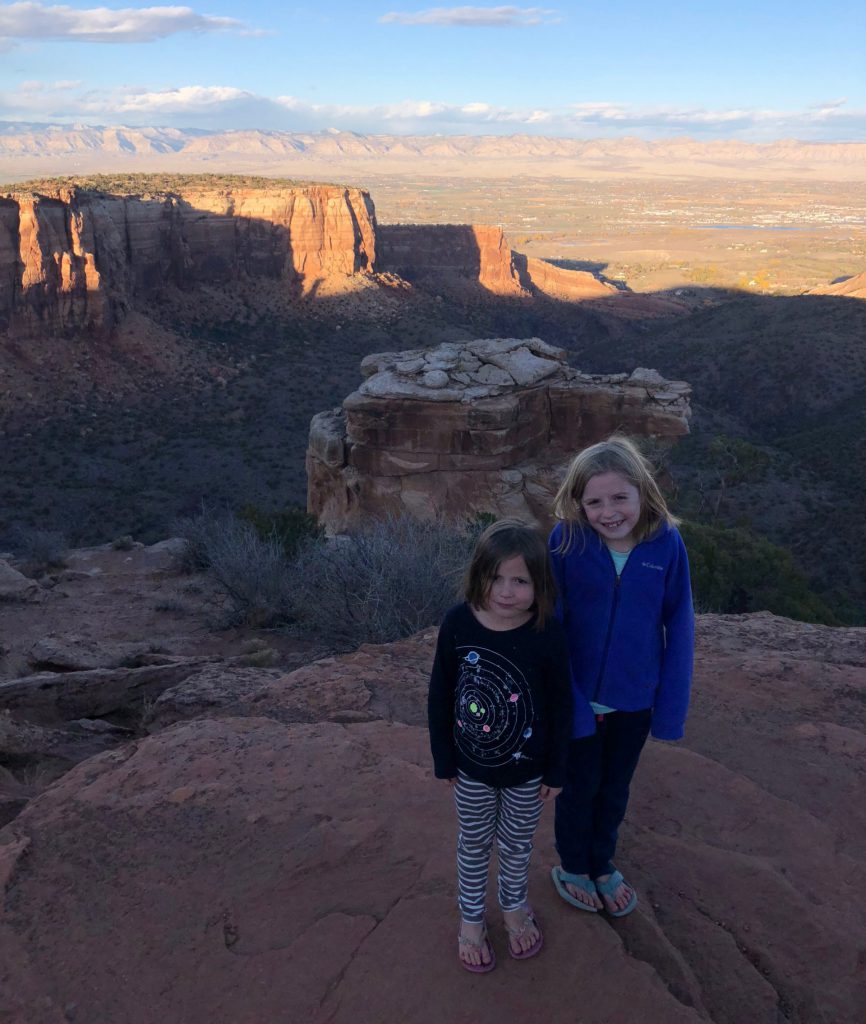 but i’ll be honest, after arches and canyonlands and zion, we were kind of meh about it. 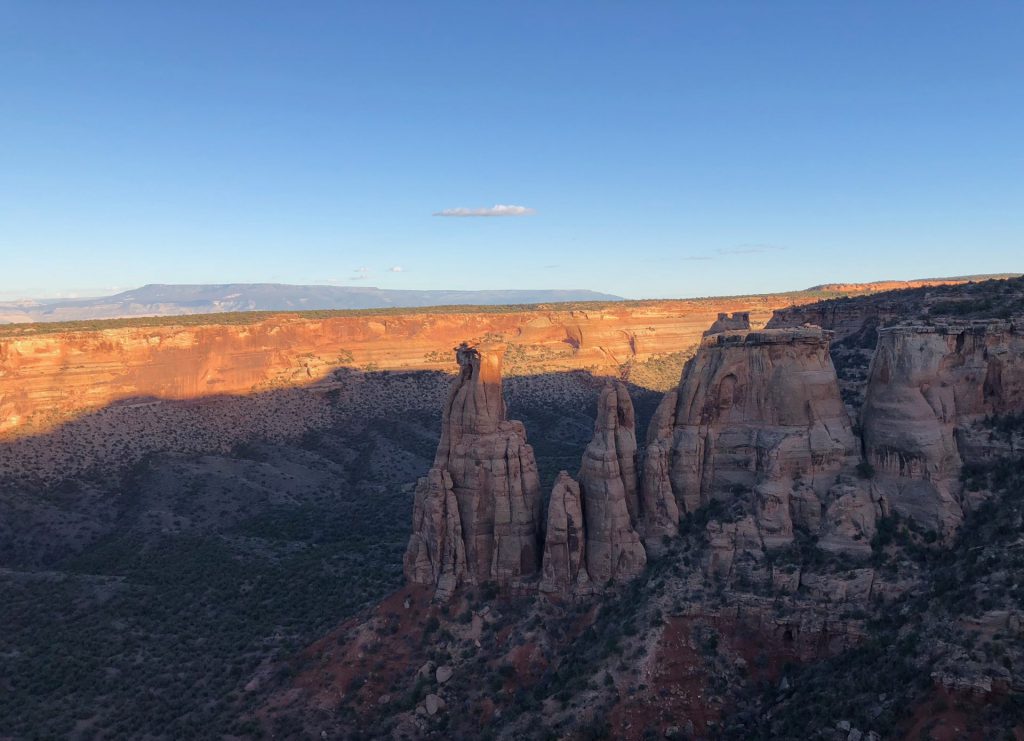 at some point along the way, realizing how long the drive was, i made the executive decision that we wouldn’t be coming back in the morning before we set off for the next spot. so. this was as good as it would get. sunset shaded overlook views from the road… 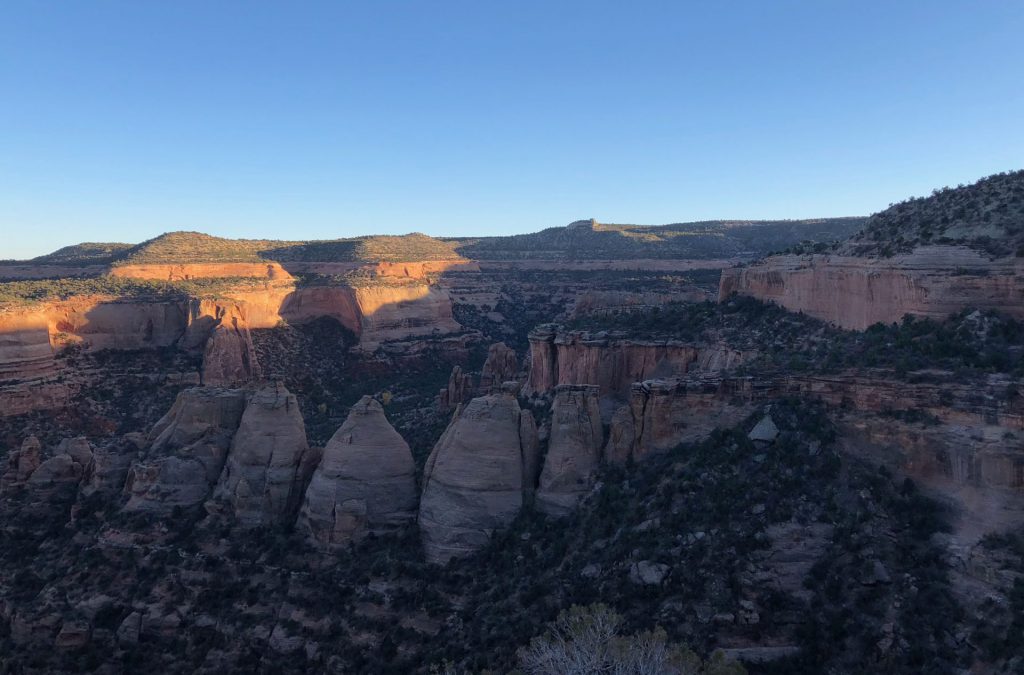 and that’s the tale of our very short amount of time at colorado national monument. the end.