on our travel day to exotic (sarcasm) springer, new mexico, we stopped for a field trip to pecos national historical park. it is yet another pueblo ruin, once inhabited by local native folks, who were taken over and run off by europeans in the 1500s-ish.

we stopped in the visitor center to pick up some junior ranger workbooks, visit the museum, go to the bathroom six times, and then we hit the trail to the ruins. 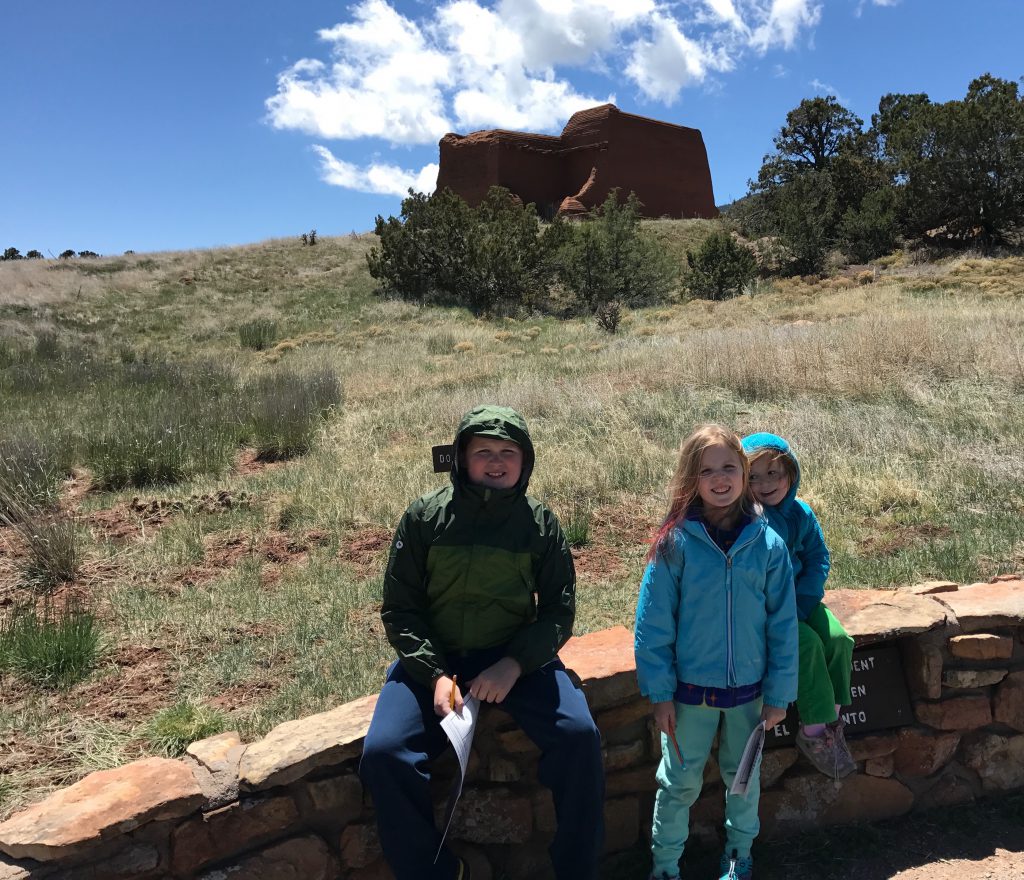 it was windy, but so much nicer than the day before (snow). the lidkids were energetic. 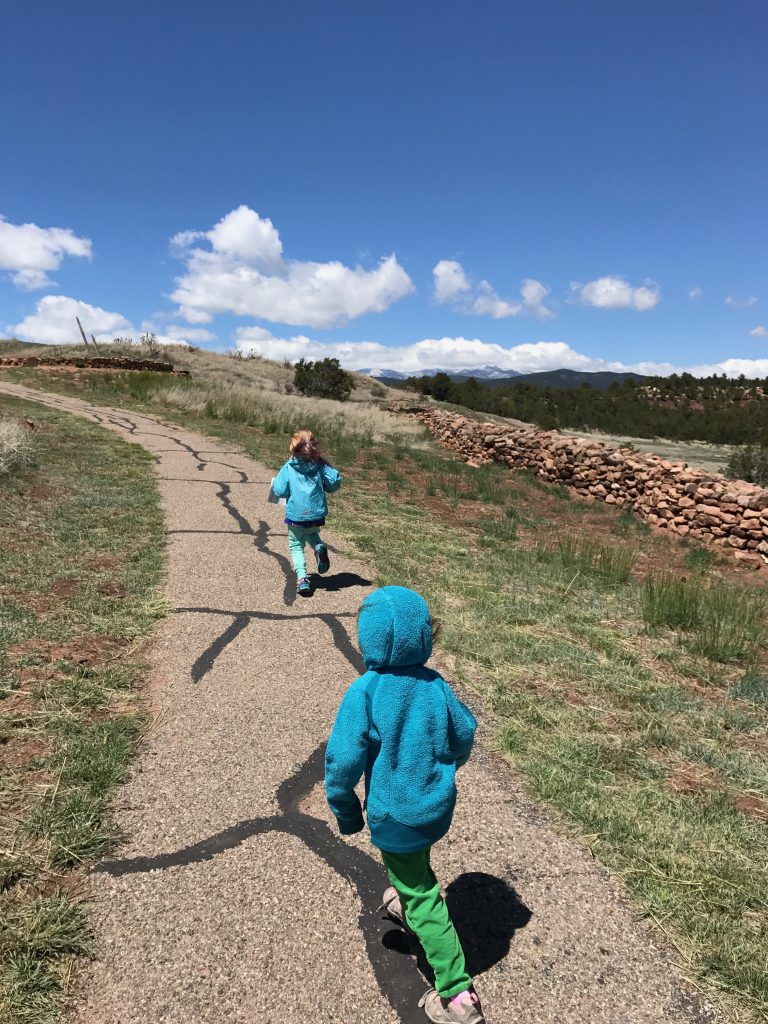 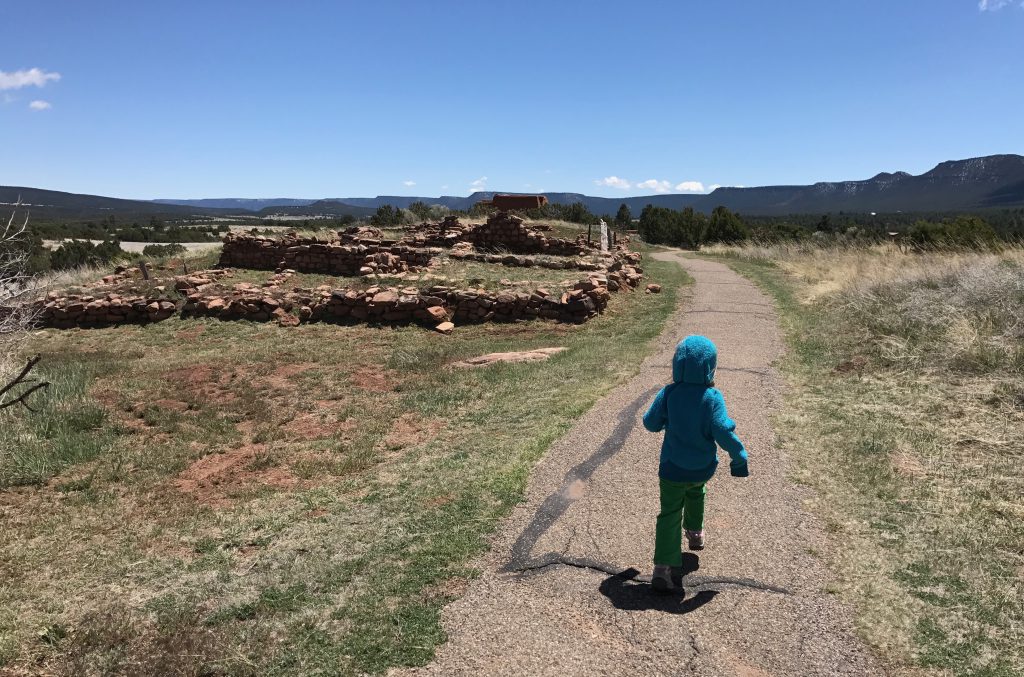 there were a couple of relatively intact/restored kivas, and the kids were so excited that they could go down into them. 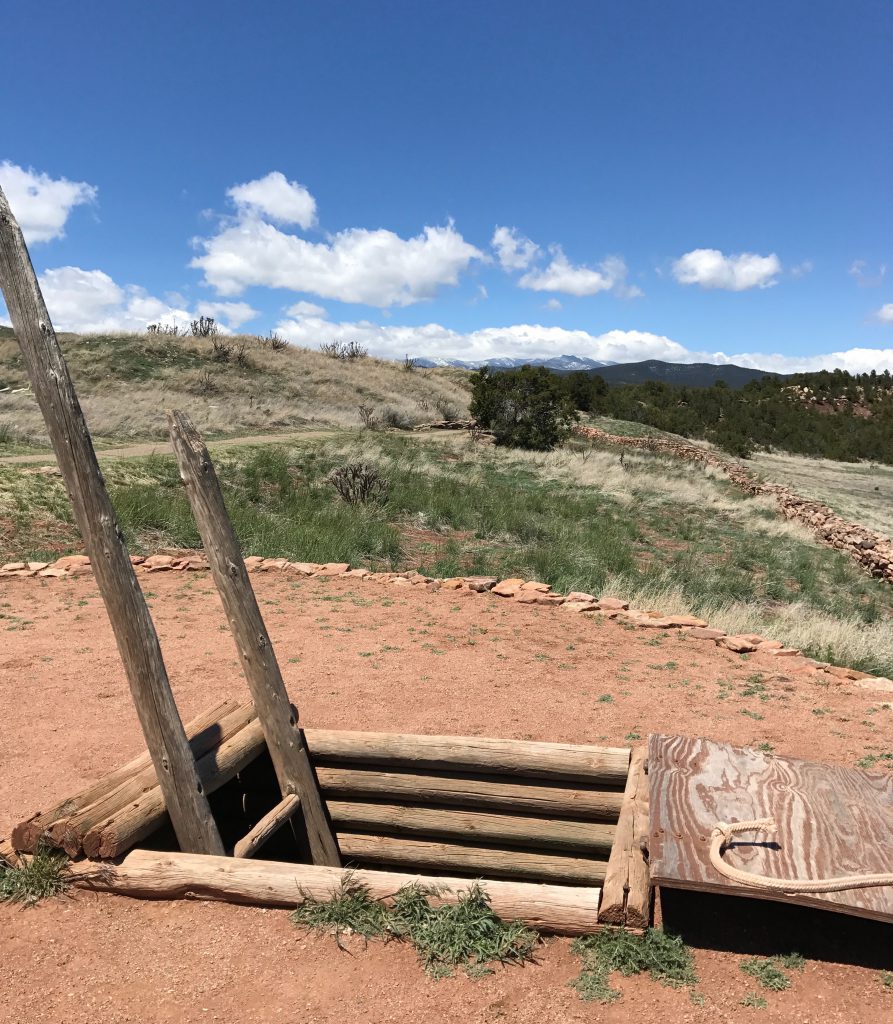 inside the kiva photoshoot. 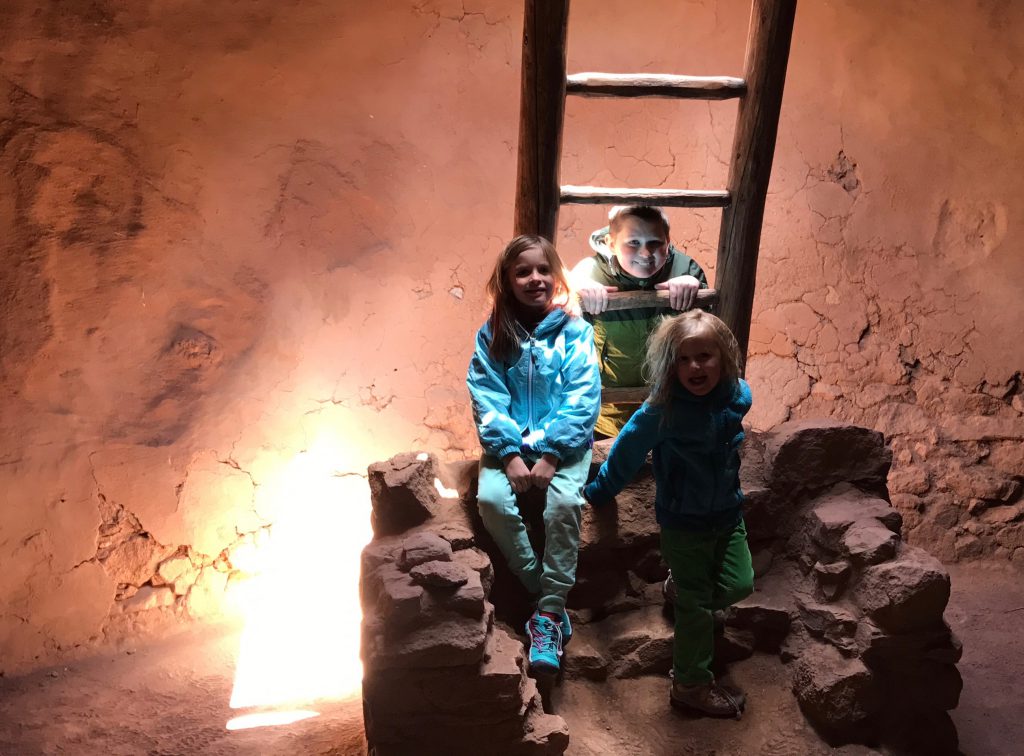 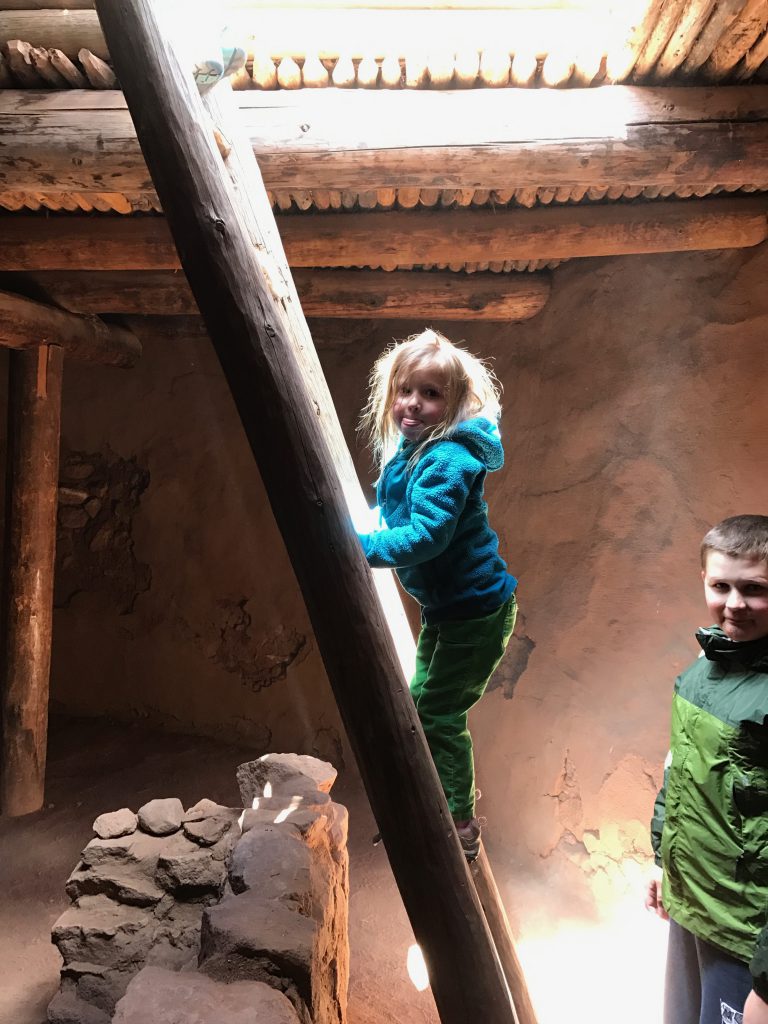 the mission/church part of the ruins is definitely the highlight of the place. 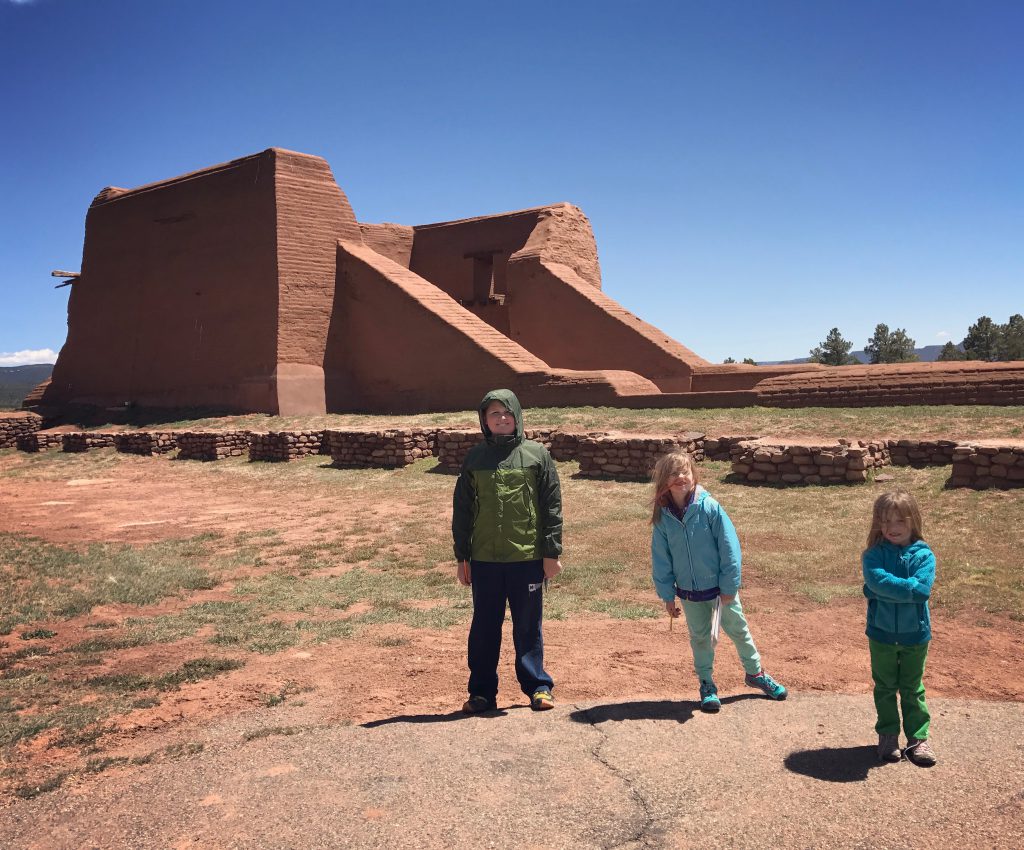 the kids were happy that we could walk around inside, because at the other parts of the ruins, we were clearly instructed to stay on the trails and just observe. 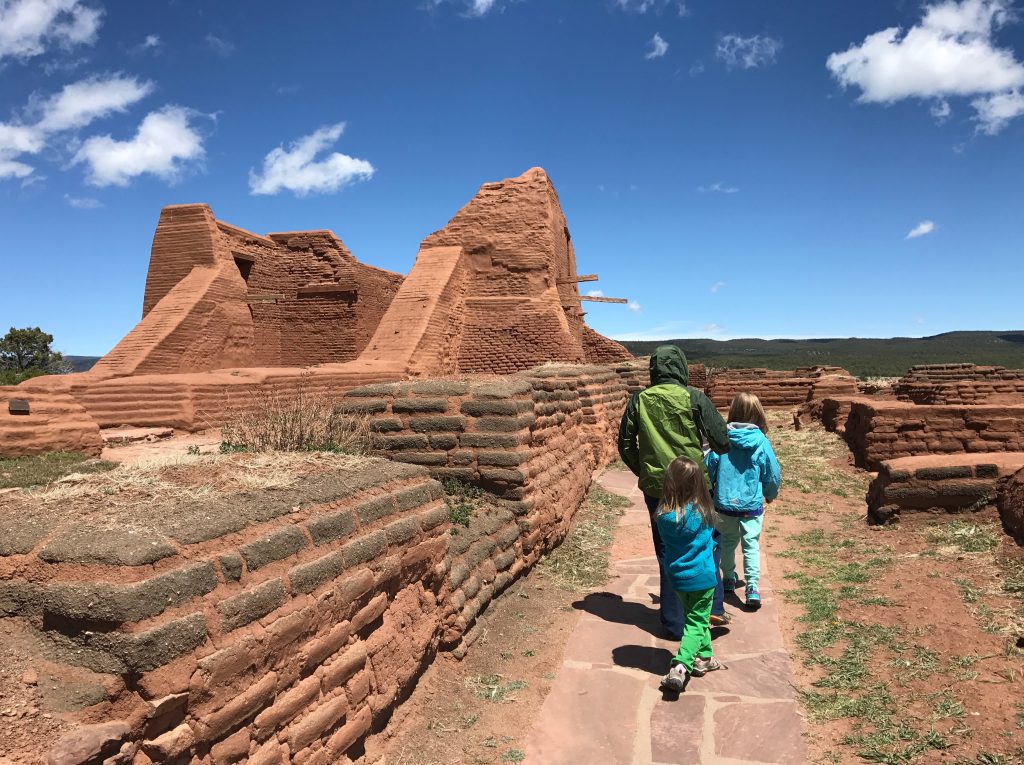 the church was destroyed when the native people, tired of having been taken over by religious spaniards, rebelled and wrecked the place. 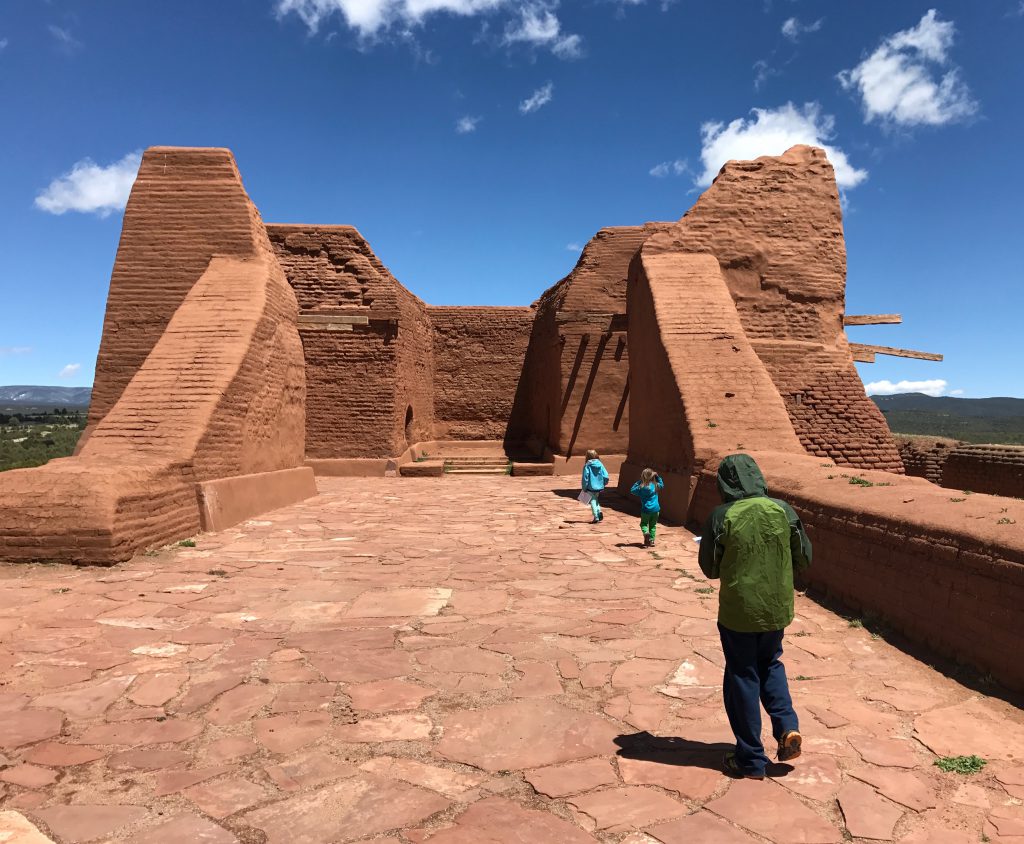 the light and weather conditions and cool archetecture created opportunities for lots of good pictures. 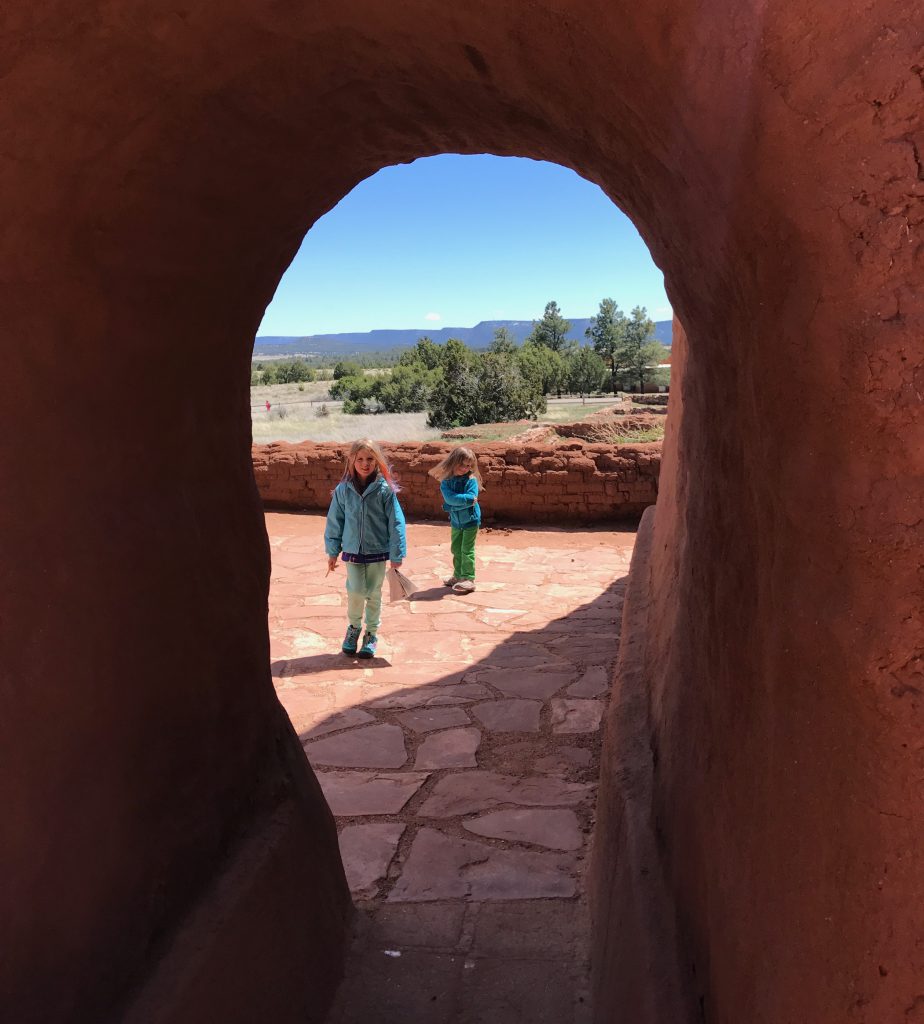 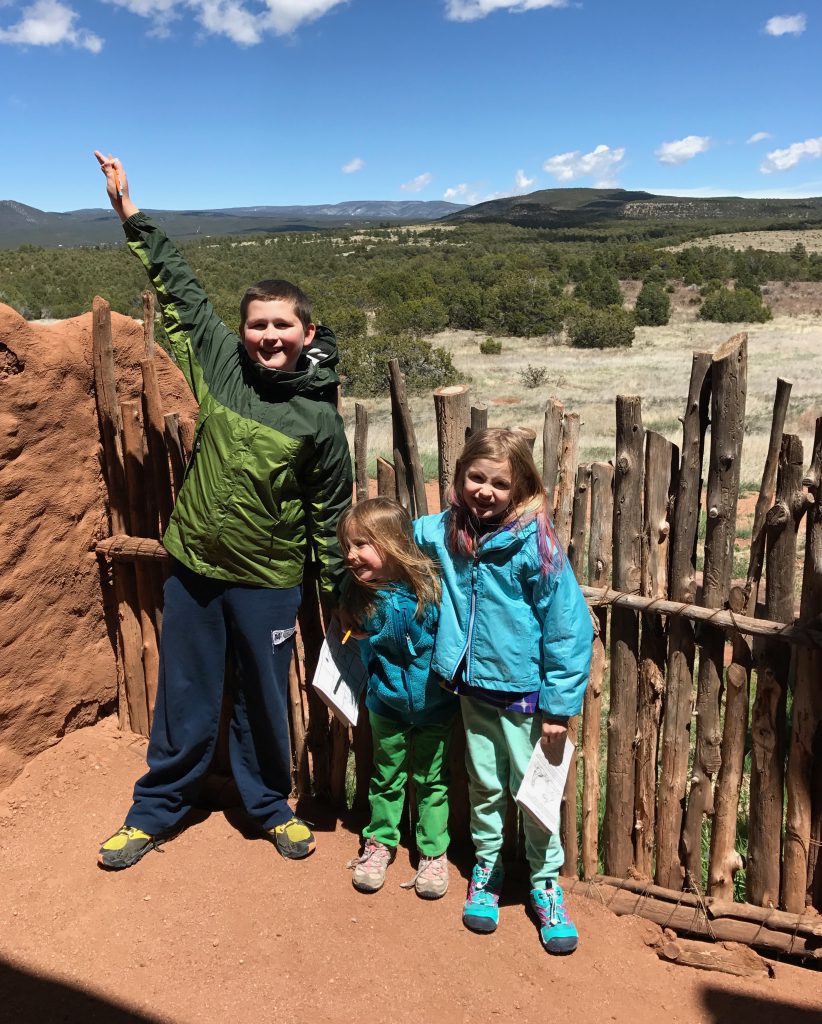 the view of the mountains from inside the churchy area. 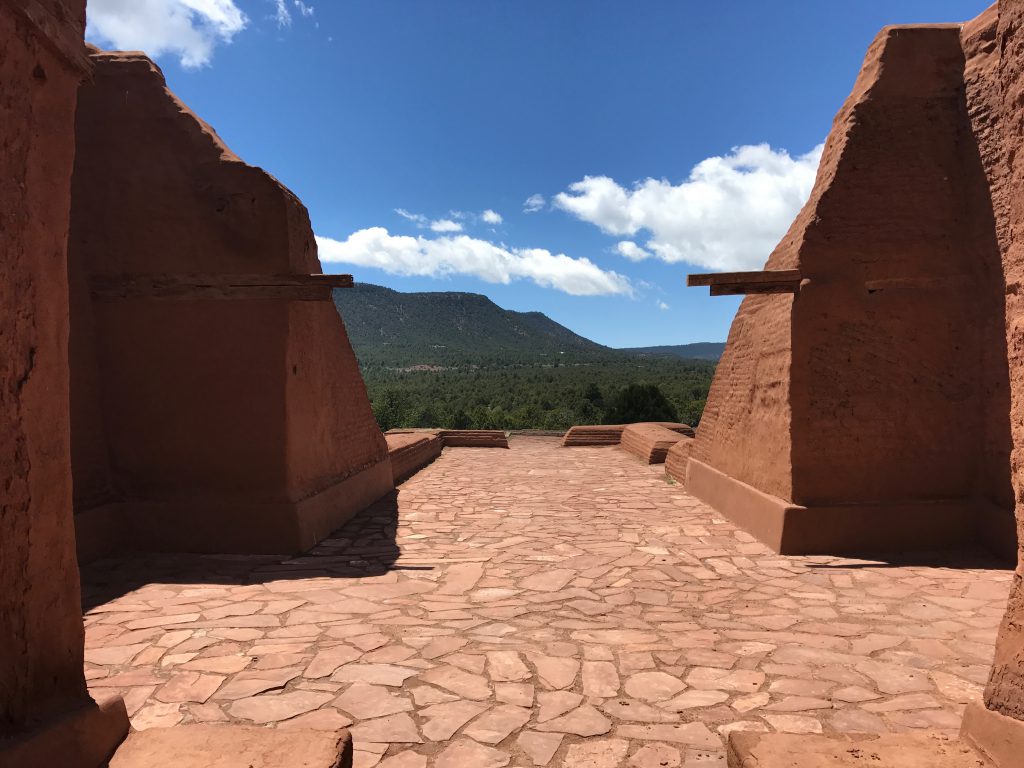 the view of the mountains from inside the churchy area with crazies. 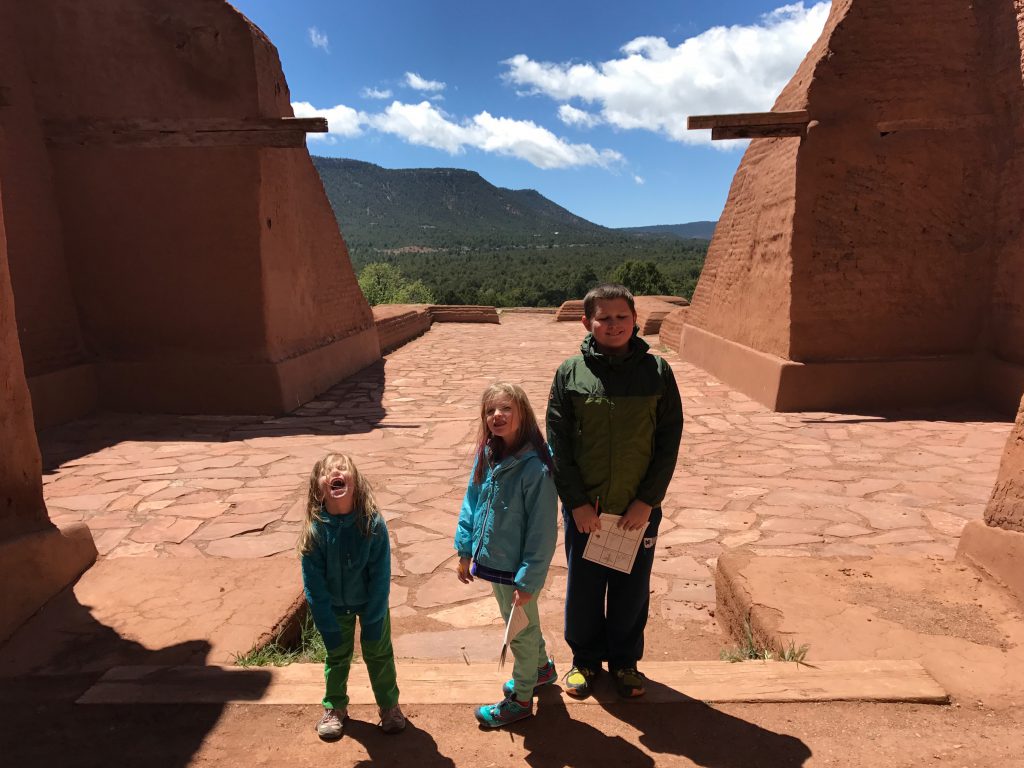 she said “take my picture with my foot like this.” ham. 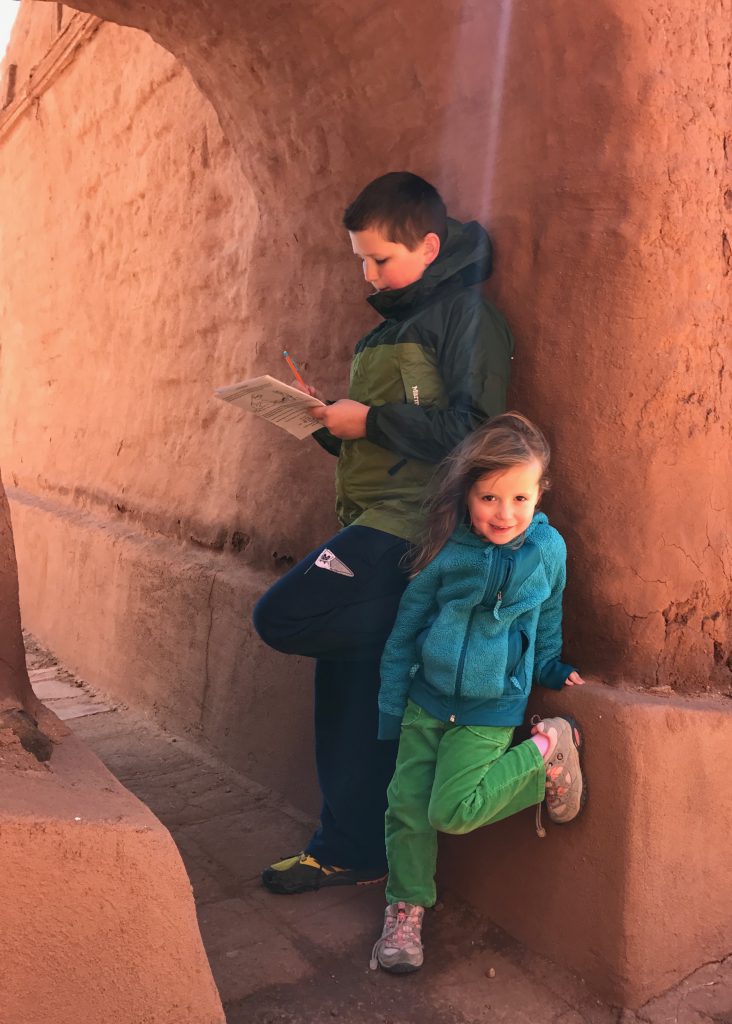 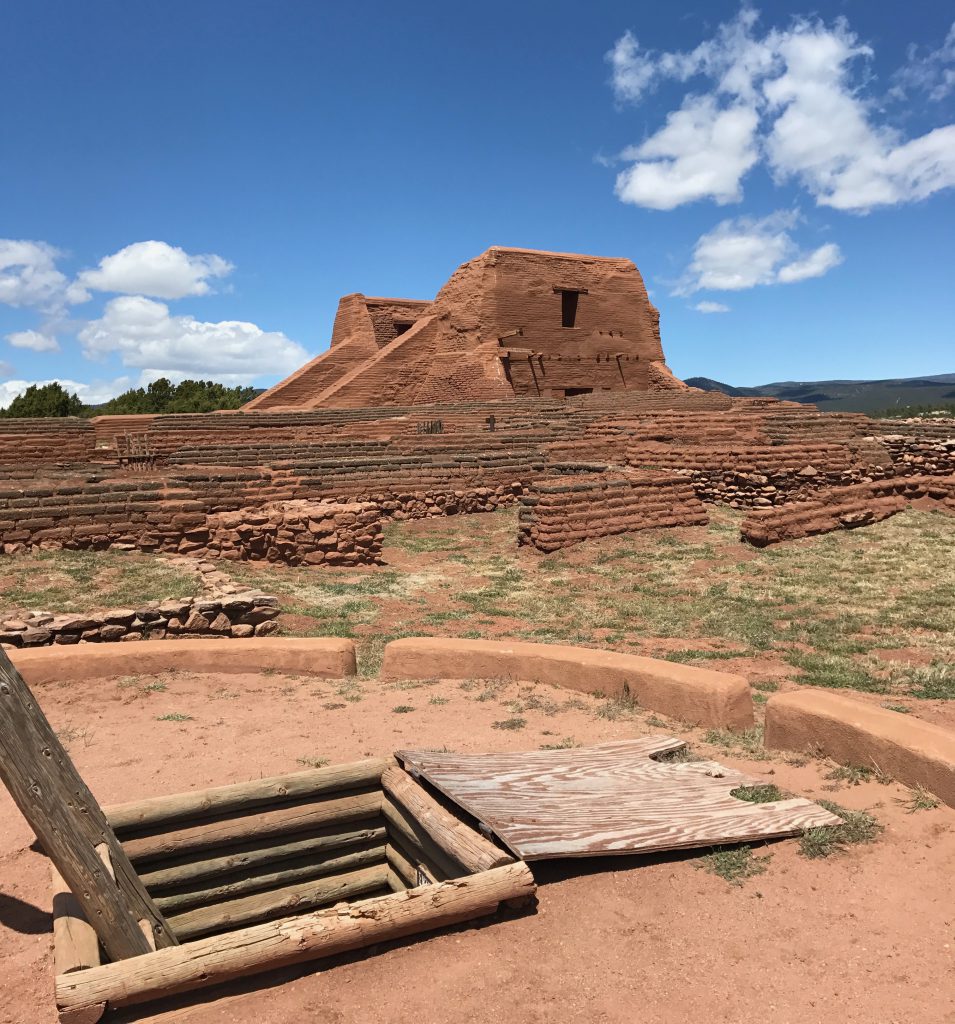 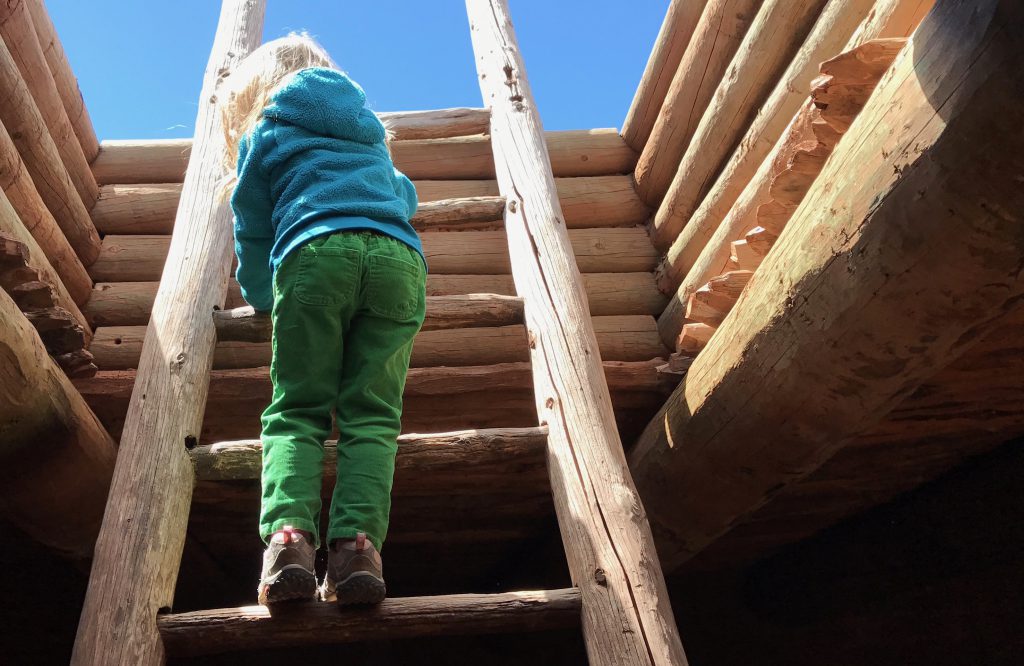 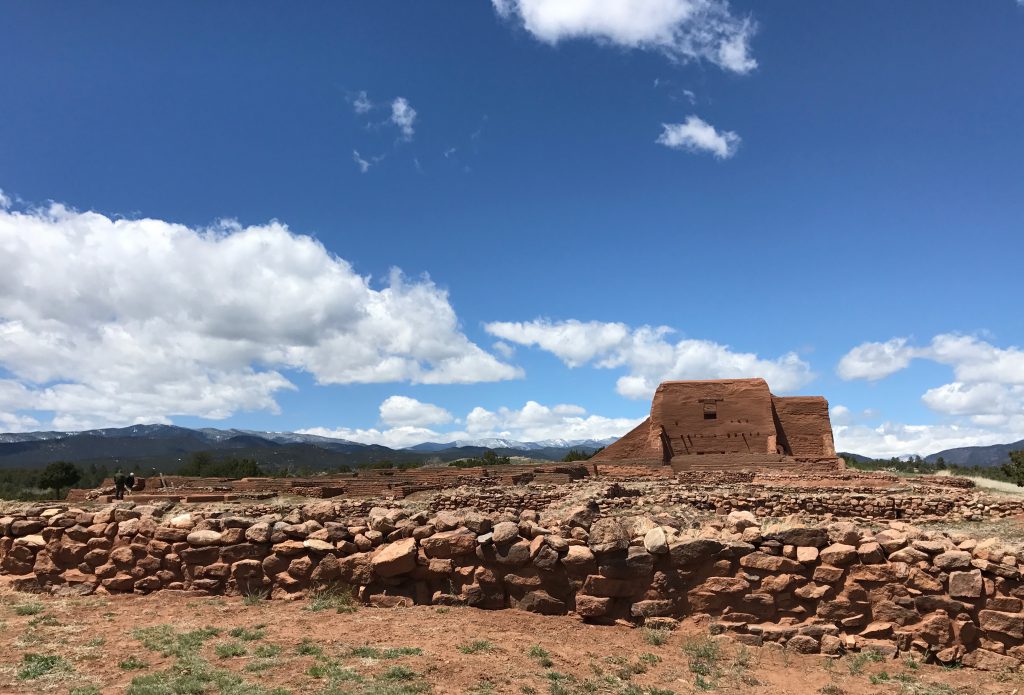 back at the visitor center, the kiddos (even hazel) got sworn in as official junior rangers. 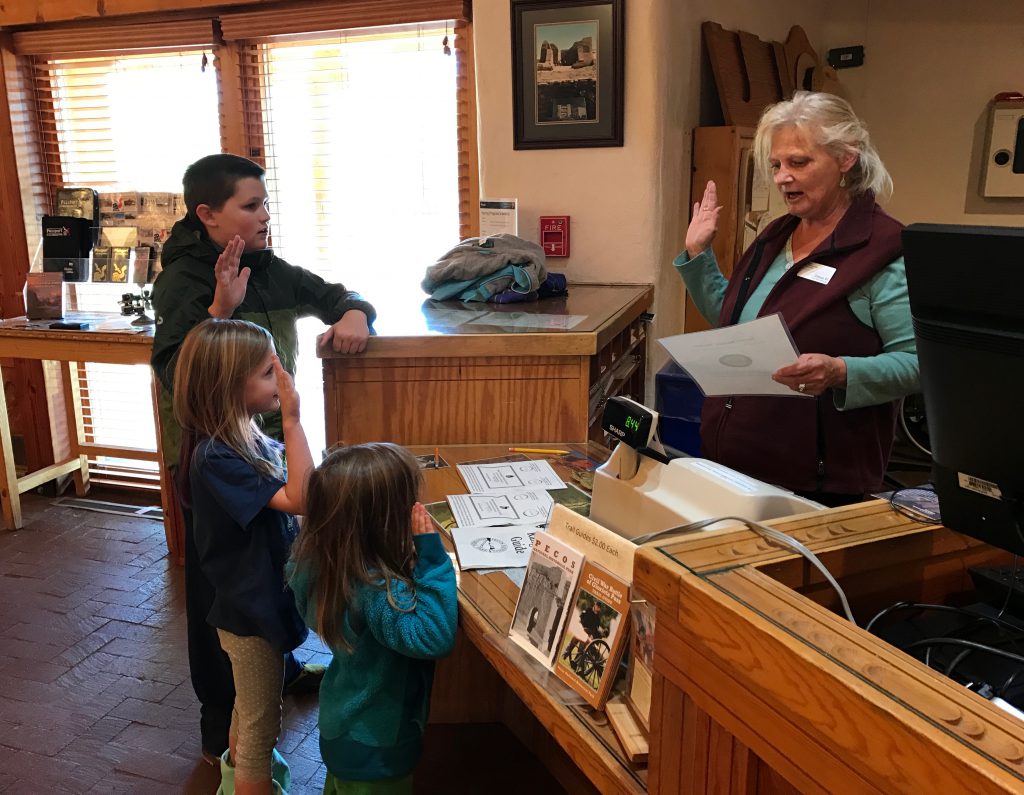 at hazel’s insistence, we also purchased an “easy-to-make pueblo village” book from the gift shop. it was not easy. i spent hours carefully cutting, scoring(!) and gluing this sucker together and i wanted to smash it up about 78% of the entire time, so i can only imagine how things would have gone had i left the construction up to any or all lid kids. 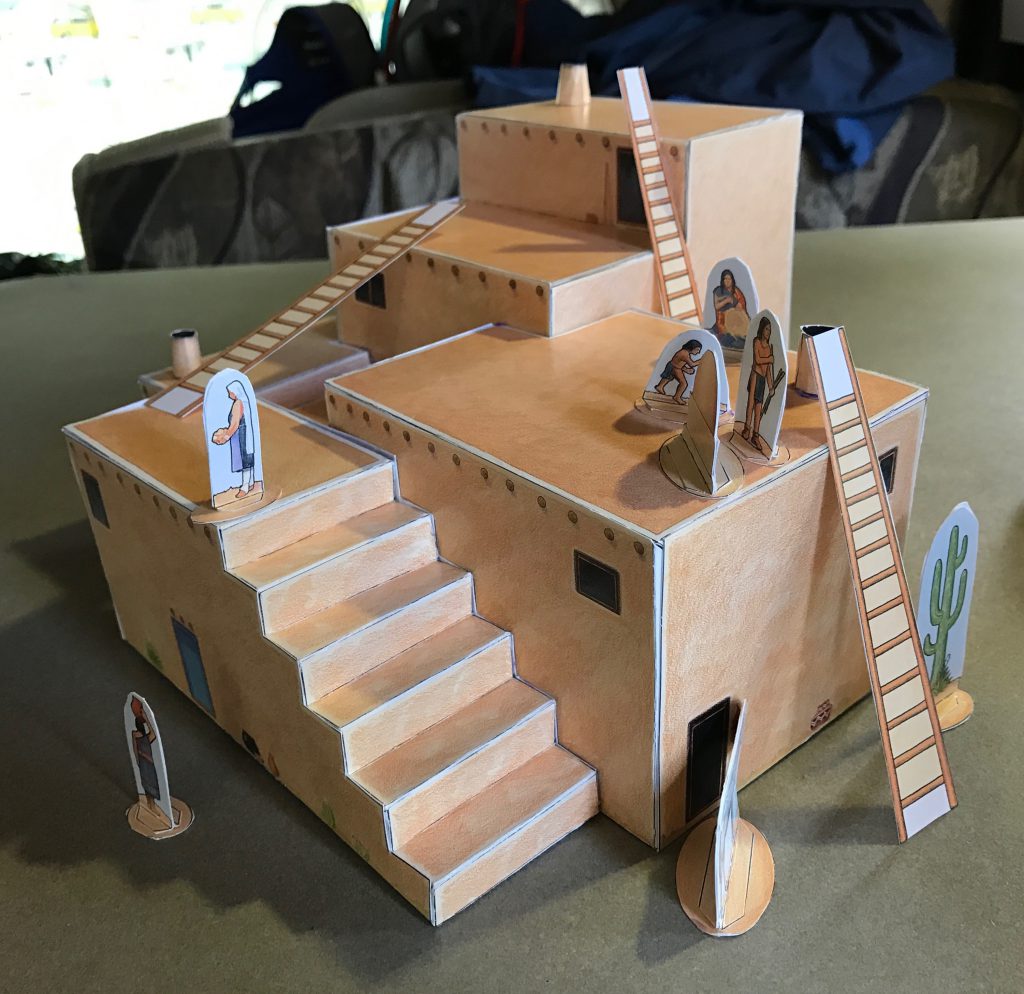 anyway, they loved it. so i can’t really complain. 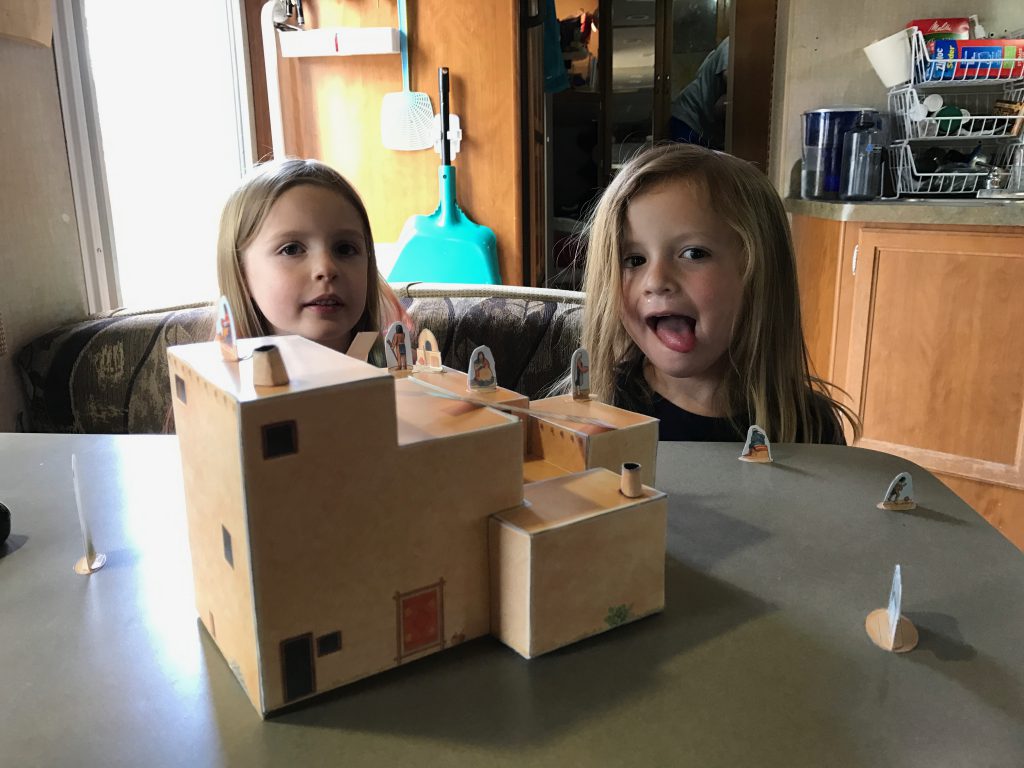 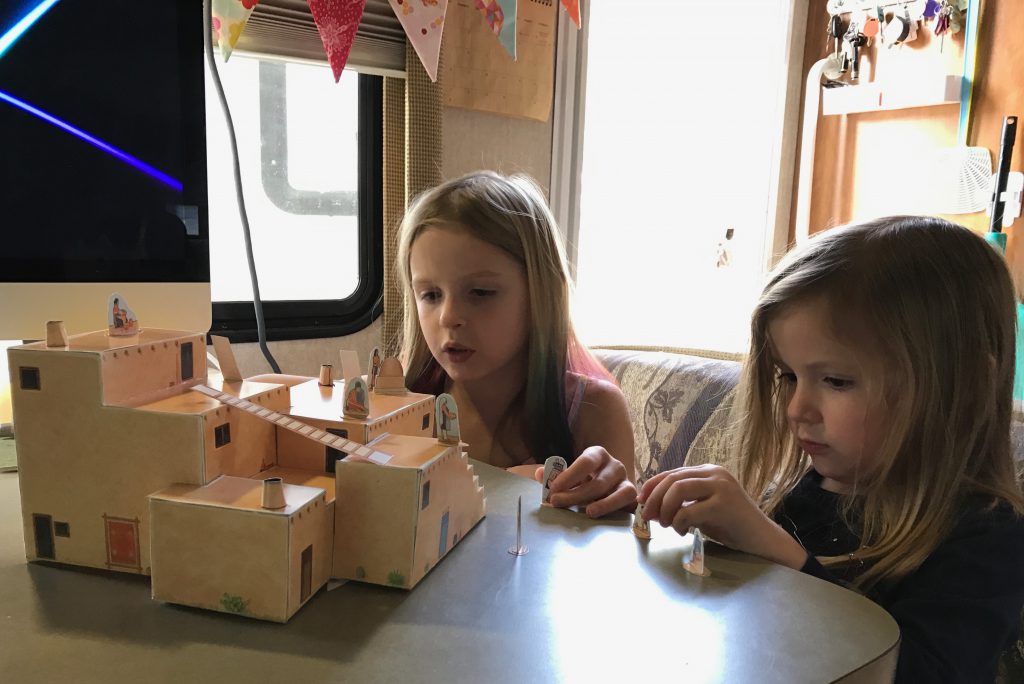 and that’s it. another pueble ruins, in the books.